Player Ratings: Man City 1-1 Liverpool - How did the Reds fare? 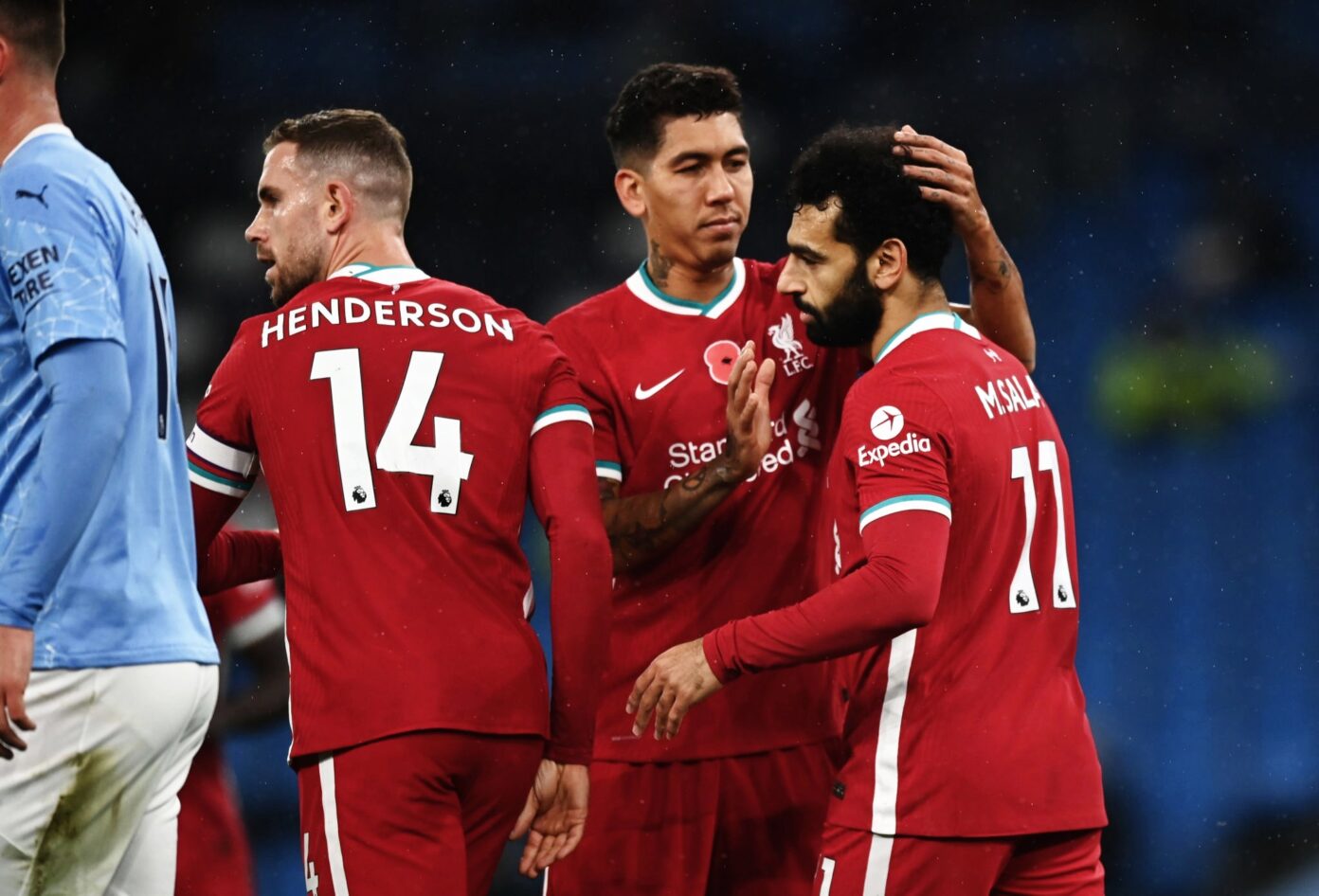 Liverpool had to settle for a point against Manchester City at the Etihad after a game of two havles which saw the Reds' early start fizzle out.

As it happened →
Match report →
Highlights →

The Brazilian wasn't involved for much of the game, but he stood up when needed as he looked in charge of the goal under slippery conditions. Despite stopping Raheem Sterling's close-range effort in the first half, there was little he could do about Jesus' leveller.

While he kept Sterling quiet for much of his time on the pitch (before succumbing to injury), he couldn't contain Jesus for his goal as the City forward got the better of him. Despite having a strike at goal, only for Ederson to save, it was an otherwise unexceptional display from the right-back. 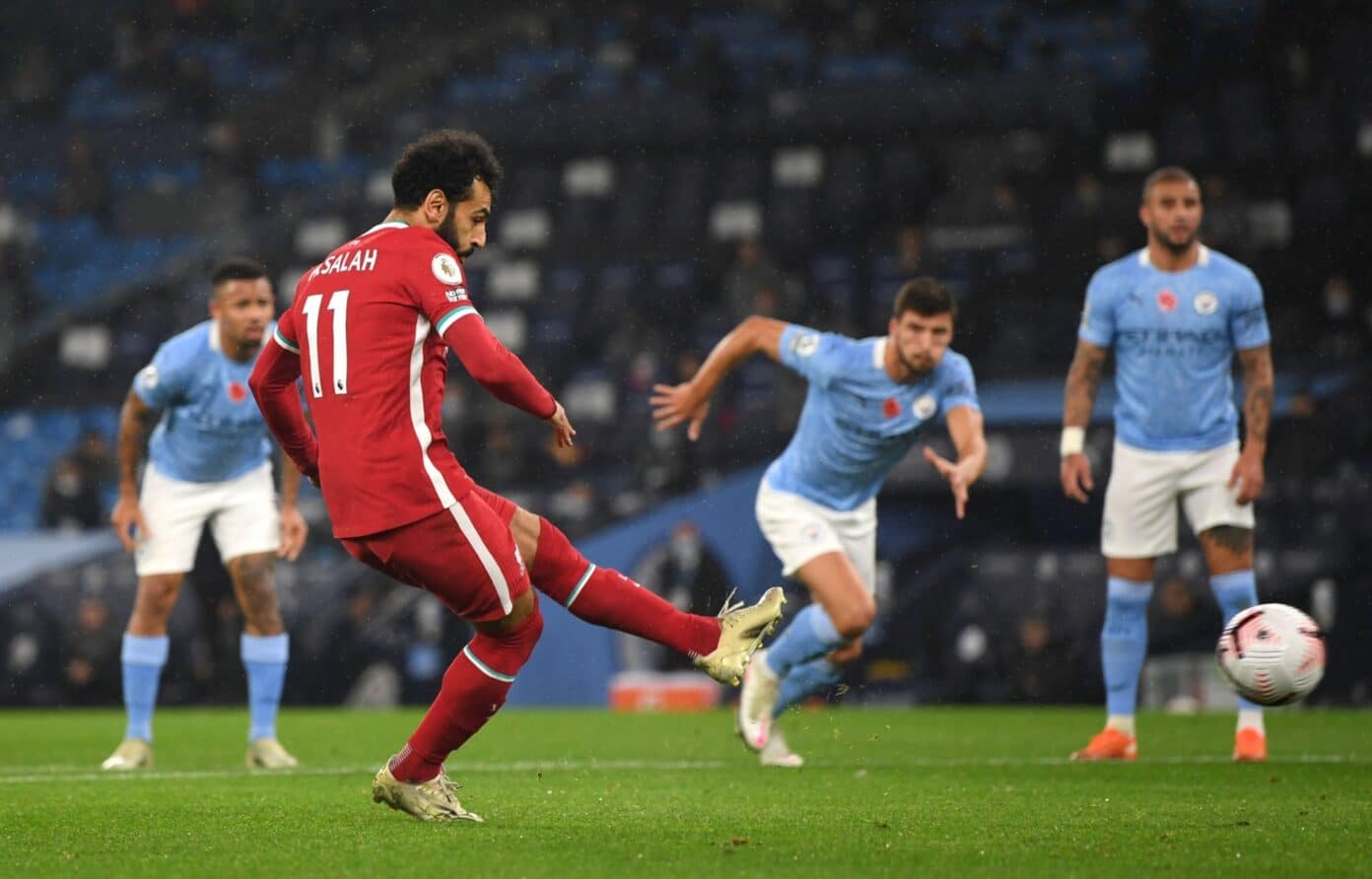 Matip made his first start since the Merseyside derby last month and he looked diligent in defence, despite a couple of shaky passes. He led the back-line well as he thwarted City's attack numerous times. A solid showing in his first game back.

Gomez didn't do too much wrong as he looked accomplished alongside Matip, making some crucial interventions. He was harshly adjudged to have handballed after Craig Pawson consulted VAR, but luckily he wasn't punished as Kevin de Bruyne missed the target from the spot.

Robertson looked impressive as he joined in with the attack in the opening half-hour, although he was forced to be alert as the game wore on, with City looking threatening down their right. A couple of sloppy passes handed City possession at crucial times, but his runs down the left-wing were a welcome sight.

With the skipper pairing up with Gini Wijnaldum in a two-man midfield, it was crucial they could cover ground to contain City's attacks. Henderson did his job for much of the game as his running and composure on the ball helped Liverpool through some tricky spells. He looked increasingly fatigued towards the latter stages, but nonetheless, he was one of the Reds' better players on the night. 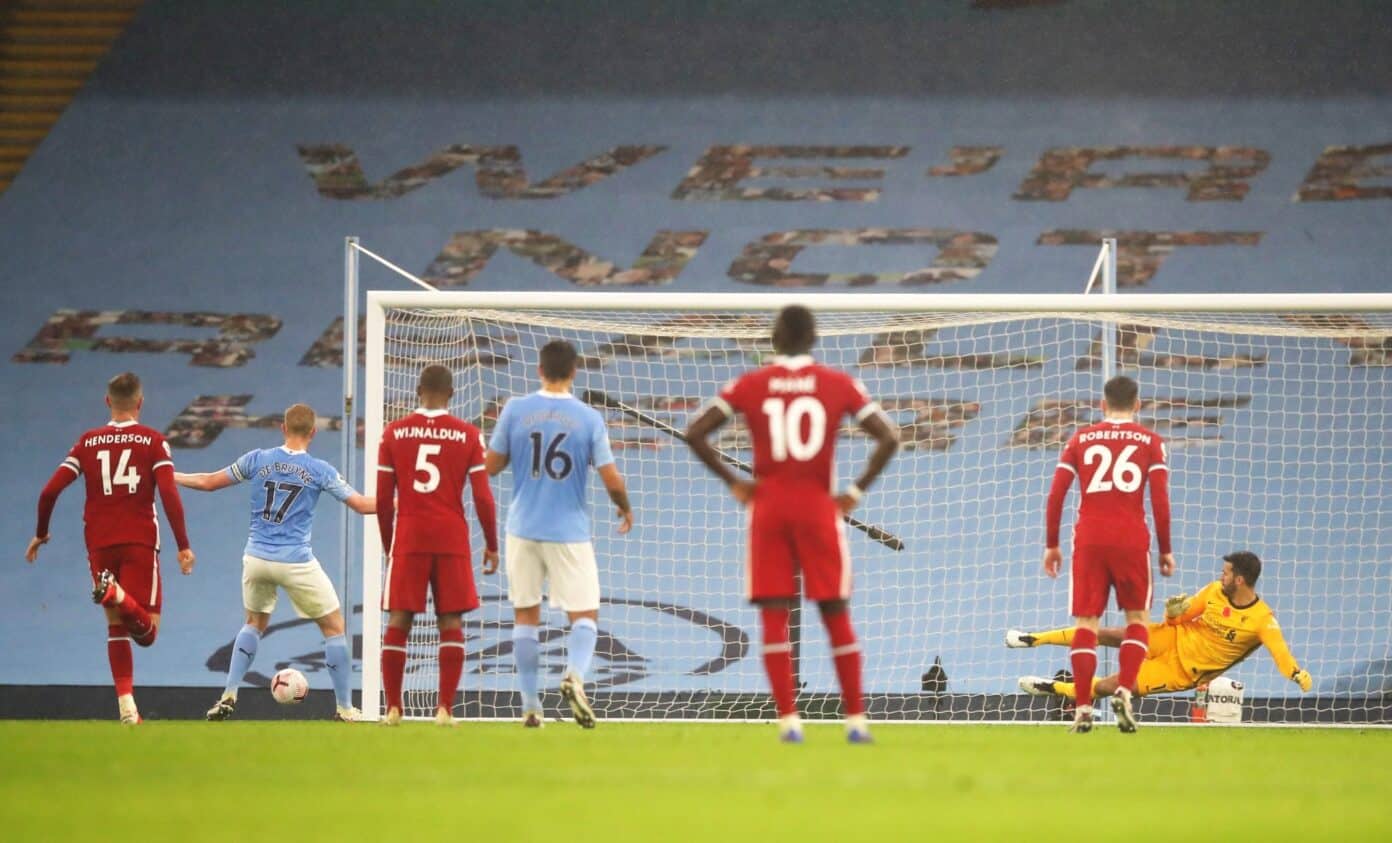 Wijnaldum displayed flashes of brilliance on the ball as he kept possession away from the hosts and kept the ball in tight spaces. But a run away from the middle of the park to cover Sadio Mane left De Bruyne with acres of space to pick the crucial pass for City's goal. His performance dipped in the second half as City got the better of him for spells.

It was another disappointing performance from the Brazilian, who played in a slightly deeper position than he is used to. Whilst being crucial to the Reds' pressing in the first 30 minutes, his first touch was poor again as he failed to affect the game in a tangible way. He was withdrawn before the hour mark, with his display leaving little to be desired.

Having scored some hugely important goals for the Reds in recent weeks, including a hat-trick in midweek against Atalanta, Jota didn't appear to be at his best on Sunday as he failed to take the game by the scruff of the neck. He had a couple of wayward efforts at goal, but his starting position from the right meant he saw less of the ball. There was little to rave about his overall performance.

Mane looked closest to scoring Liverpool's second as he had Kyle Walker on the ropes, with his pace and attacking intent seeing him get the better of the right-back more than a few times. While he led the Reds' charge forward, his final ball wasn't quite there as a couple of promising situations came to nothing.

The Egyptian, playing through the middle, scored his 10th goal of the season as he tucked away the early penalty to put Liverpool ahead. But he largely failed to influence the game despite impressing in the first 30 minutes, with little chances coming his way after the interval. 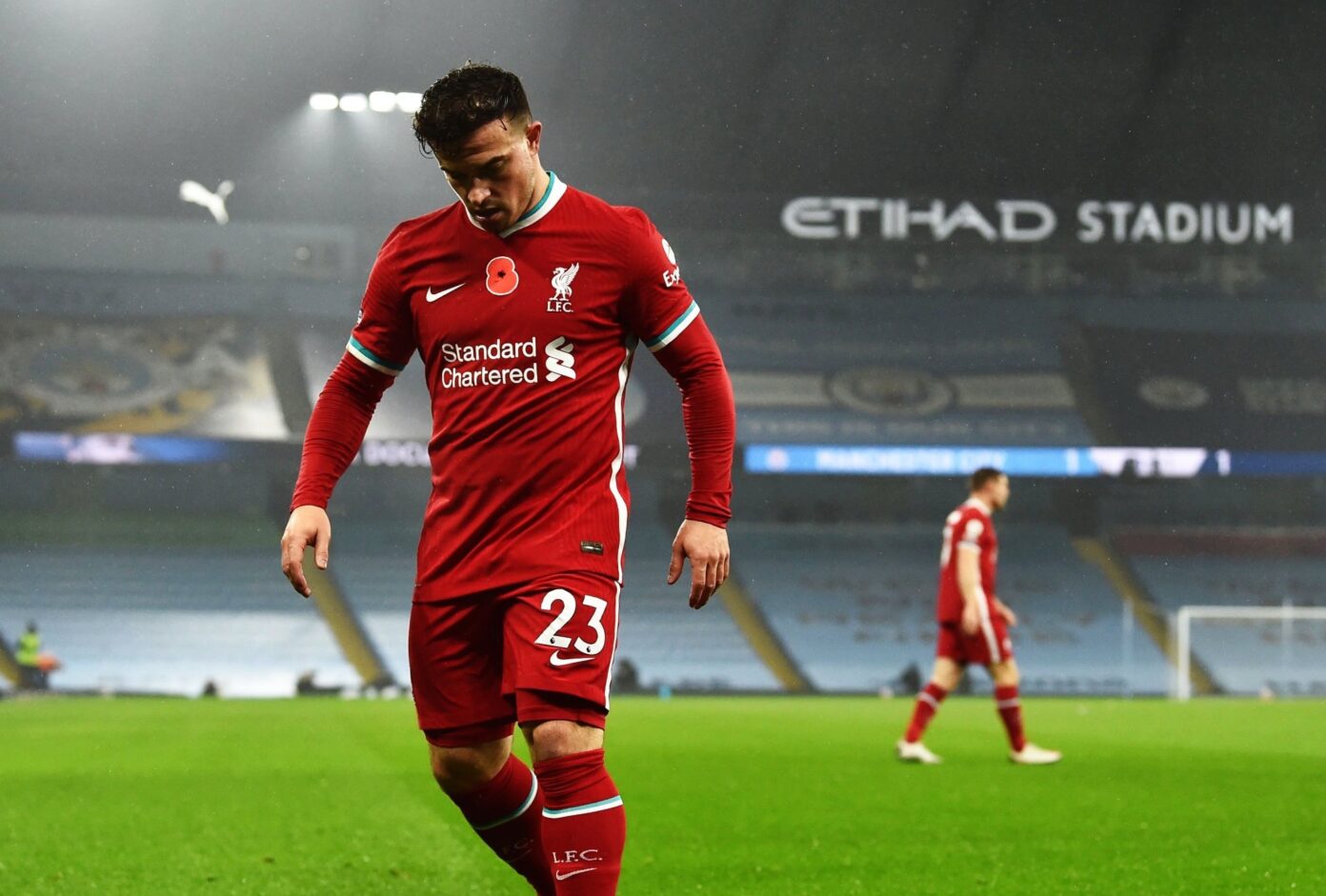 The Swiss international came on for Firmino and slotted in alongside Henderson and Wijnaldum in midfield. He picked up some good positions but he was needed mostly in defence with City attempting to build momentum.

Milner came on to replace the injured Alexander-Arnold and didn't put a foot wrong as he kept it simple and defended his area well.