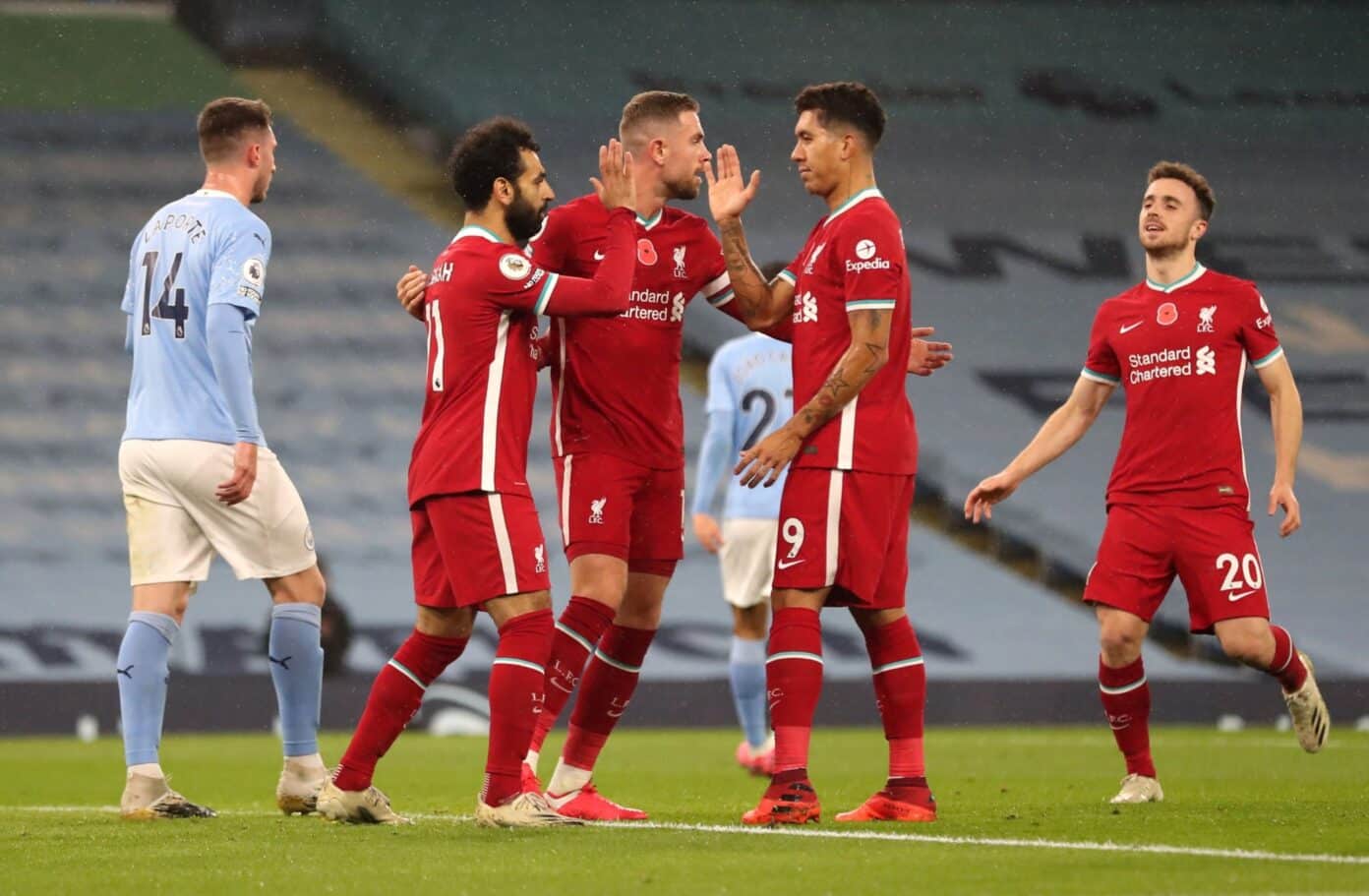 Man City vs Liverpool highlights - All the goals and highlights from the Etihad as Liverpool earned a point against Manchester City.

Liverpool were dominant from the off and went ahead inside the opening fifteen minutes after Sadio Mane was brought down inside the box by Kyle Walker.

Mohamed Salah converted the penalty to give the Reds a well-deserved lead, with the hosts unable to gain any ground against Klopp's side.

But Man City levelled after the half-hour mark as Kevin de Bruyne found space in midfield and played in Gabriel Jesus, who turned sharply and put the ball past Alisson from close-range.

City were gifted the chance to go ahead at the break after Joe Gomez was harshly adjudged to have handballed De Bruyne's cross. But he couldn't keep his penalty on target as the ball went past the post in a rare miss by the Belgian.

While the Reds clearly had the advantage for most of the first half, they weren't allowed to get their attacking game going after the interval, which was hastened by an injury sustained by Trent Alexander-Arnold.

Liverpool looked to keep their shape in the final stages as they settled for a point against Pep Guardiola's side, which could prove crucial at the end of the season.

Video by beIN. Geo-restrictions may apply.

Disclaimer: Man City vs Liverpool highlights, goals and full match videos are provided and hosted by external sources. We help you discover publicly available material and act as a search engine. We do not host or upload this material and are not responsible for the content.