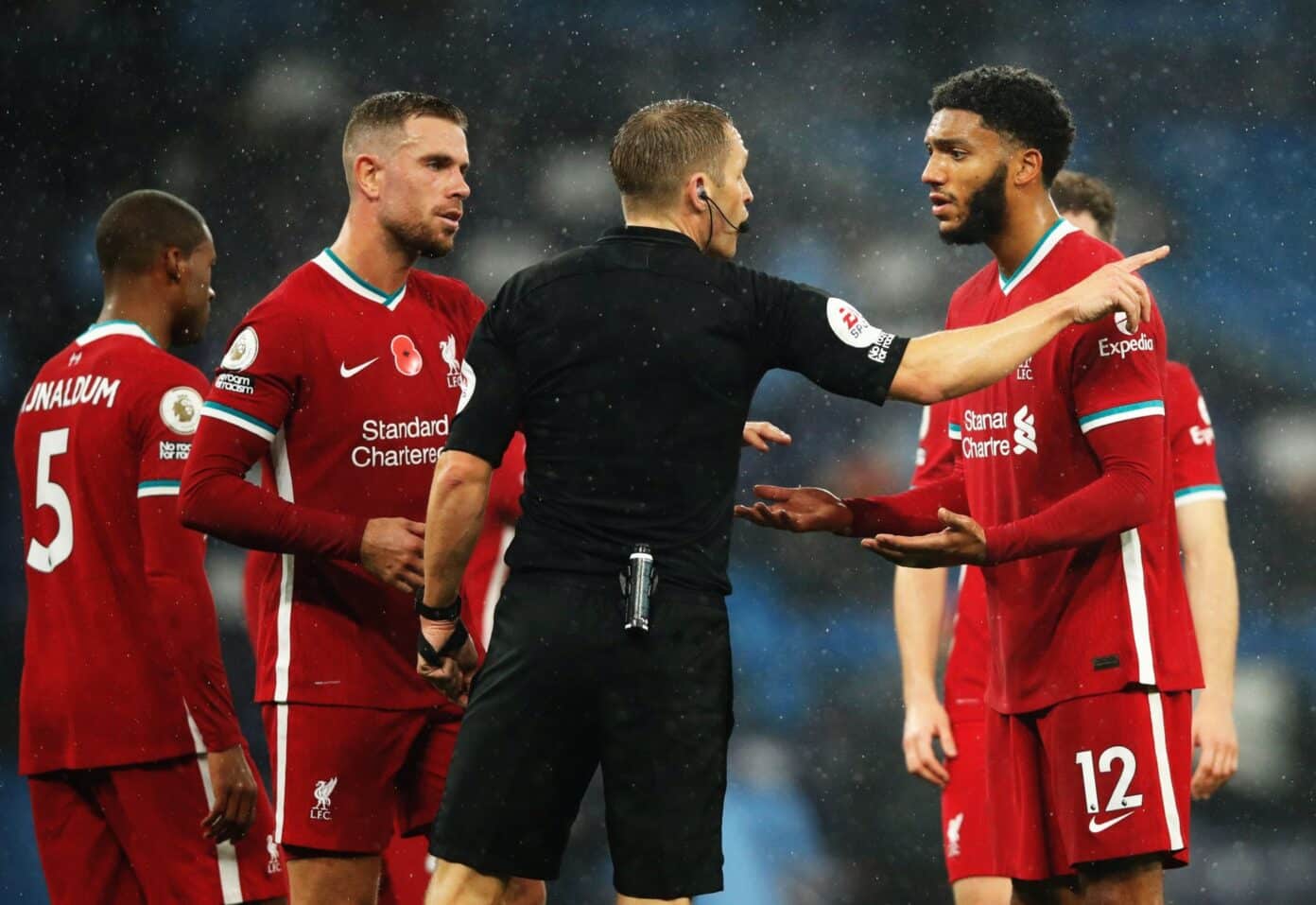 Liverpool settled for a point against Manchester City on Sunday afternoon after Mohamed Salah had put the Reds ahead early on.

Liverpool looked sharper than their counterparts as Mohamed Salah's penalty put Liverpool in front inside the first 15 minutes. Gabriel Jesus levelled for the hosts before Kevin de Bruyne's missed penalty saw the game evenly poised at 1-1 at half-time.

Despite the game being there for the taking, neither side were able to conjure up a second as they settled to share the points after a tight second half. 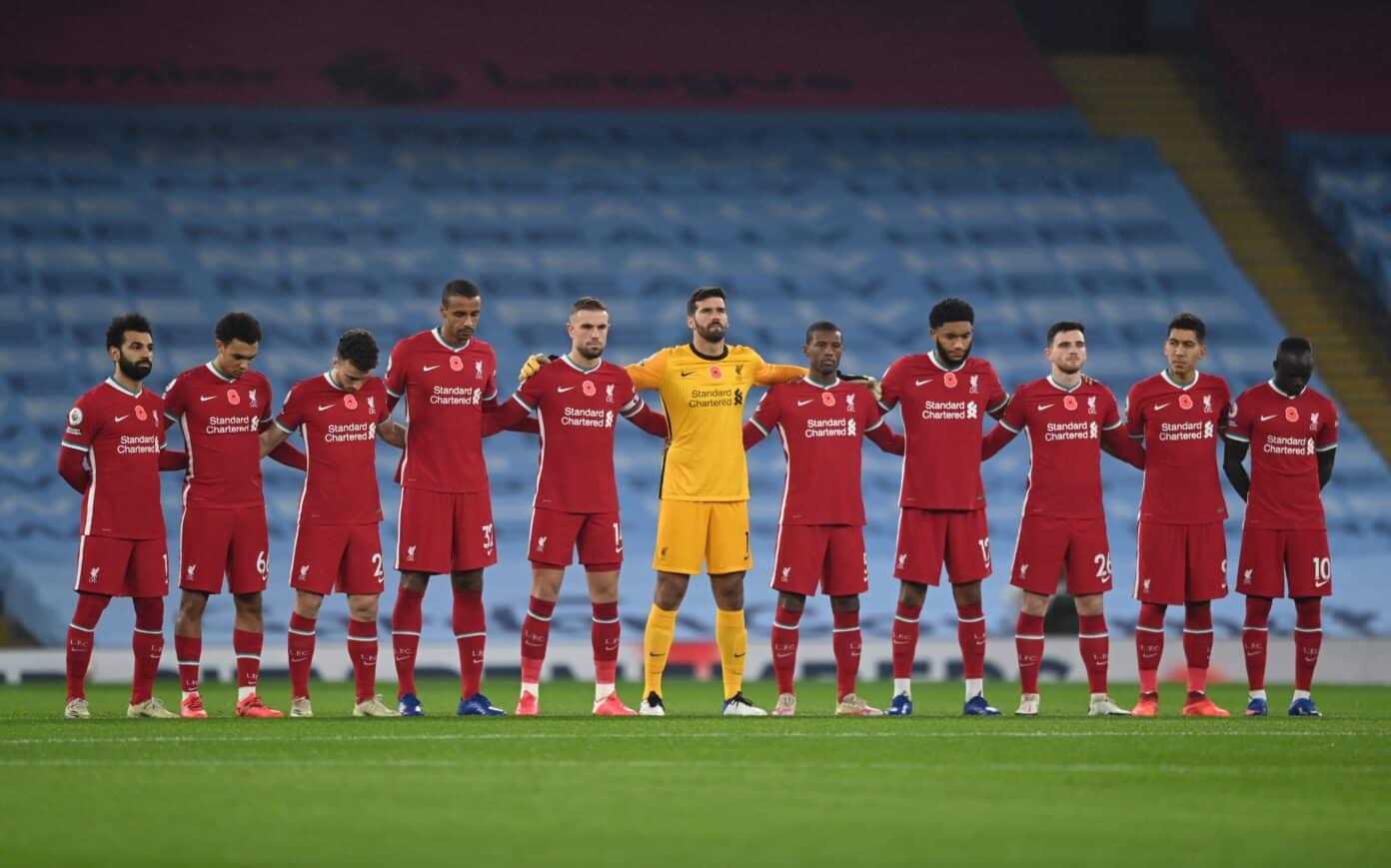 Jurgen Klopp set out an attacking side as Mohamed Salah led the line, with Sadio Mane, Roberto Firmino and Diogo Jota all lining up in support of the Egyptian.

It was a lively start to the game with the Reds challenging Man City's backline from the off and looking to get in behind to create the breakthrough goal.

Liverpool looked threatening down the left and Mane made it count as he nudged the ball past Kyle Walker, with the full-back bringing him down with a clumsy tackle inside the box, with referee Craig Pawson pointing to the spot.

Salah stepped up and smashed the penalty down Ederson's right to give the Premier League champions a well-deserved lead inside the opening fifteen minutes.

The Reds continued to probe and looked in control of the game, with City struggling to build any momentum. Kevin de Bruyne saw little of the ball, with Liverpool's midfielders working well to contain any space. 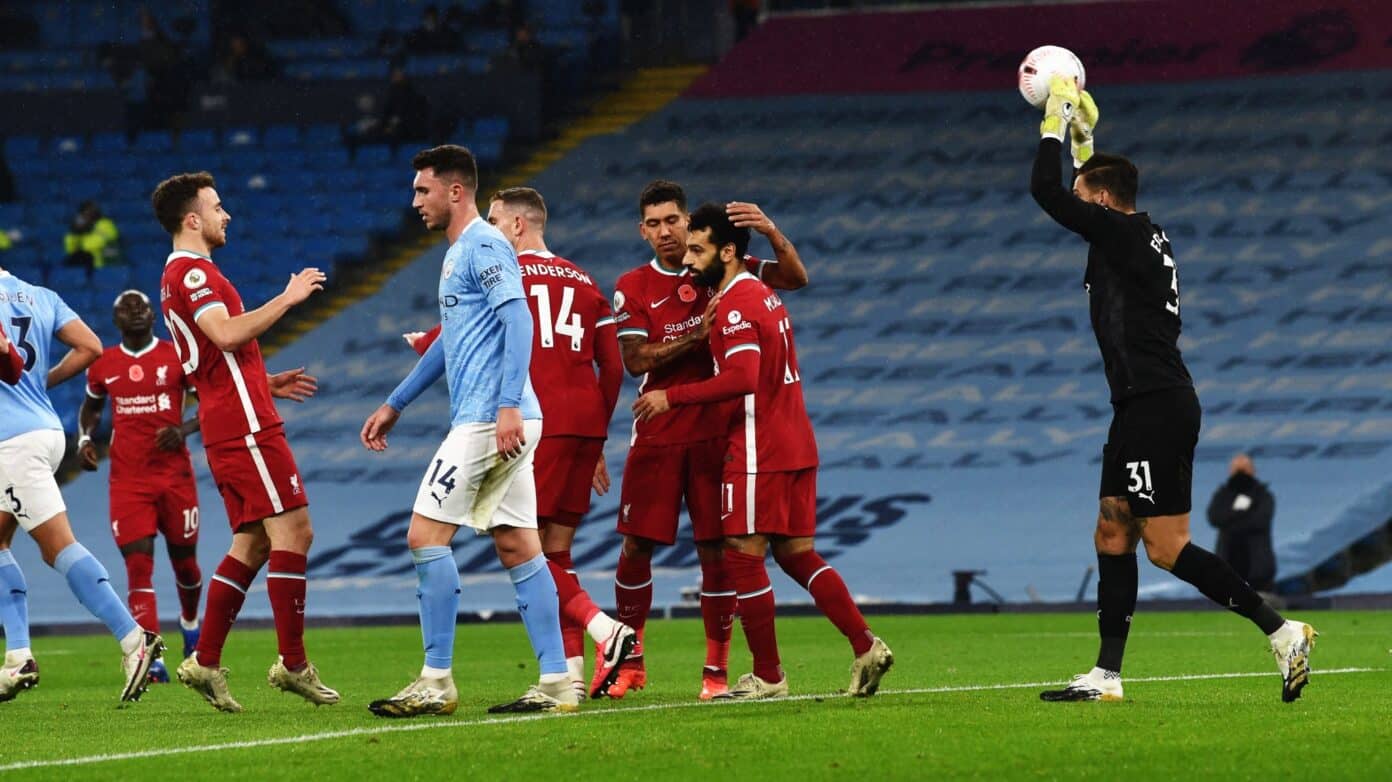 But Raheem Sterling could've given the hosts a leveller after finding a yard inside the box, with Alisson doing well to get in front of the shot before the returning Joel Matip cleared to safety.

Man City opened a rare gap inside Gini Wijnaldum and Jordan Henderson minutes later as De Bruyne picked up the ball and spotted Gabriel Jesus, who turned and shot from close-range to make it 1-1.

With the first half in its latter stages, City were given a chance to go ahead when De Bruyne's cross hit Joe Gomez on the arm, with the referee taking a second look at it on the VAR monitor before pointing to the spot for a second time.

Gomez appeared aggrieved after the decision, which was certainly soft but a sign of the times, but the Reds were given a let-off as De Bruyne flashed his penalty wide of the post to keep the score at 1-1.

It was more of the same early in the second half as both sides had opportunities to go ahead. But the tempo slowed as the half wore on, with much more measured approaches on display.

Xherdan Shaqiri came on to replace Firmino just before the hour mark as Klopp looked to tweak the system.

Minutes later, James Milner replaced Trent Alexander-Arnold after the right-back pulled up with a muscle injury in a worrying development for the Reds.

City saw more of the ball in the latter stages, but the Reds were unable to impose their usual counter-attacking style as they failed to press with the same intensity or keep the ball.

Both managers appeared to be content with the point in the final stages as the game fizzled out at 1-1, with the five-point gap between the two sides still intact.

The result leaves Liverpool third in the table, behind Leicester City and Tottenham, with their first fixture back after the international break against Brendan Rodgers' side at Anfield.