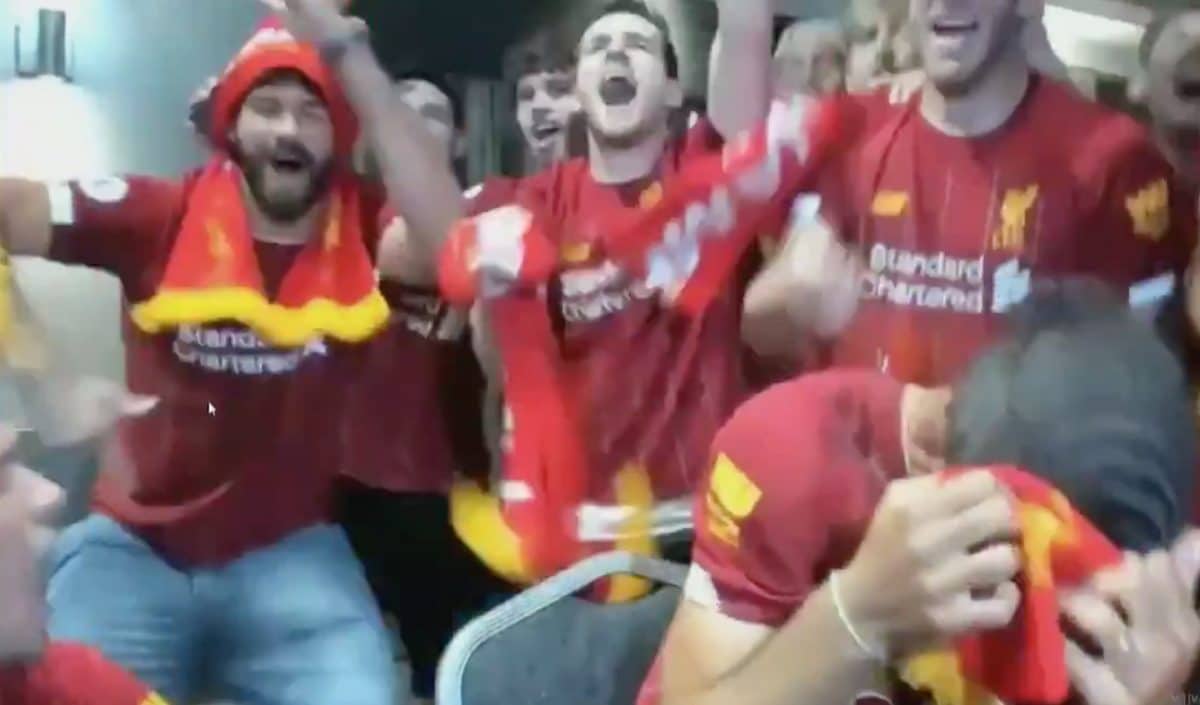 Liverpool players gave a glimpse of what their title celebrations will be like as they crashed Virgil van Dijk's interview live on air.

The Reds were named Premier League champions after Manchester City's defeat at Stamford Bridge, with Liverpool players and manager Jurgen Klopp gathered together to watch the match live.

While supporters are unable to celebrate with the players due to current coronavirus restrictions, they got a small look into how their Reds legends plan on celebrating tonight.

GET IN!!! #LFC #YNWA pic.twitter.com/ygMzFHOv9A

The celebrations were well underway during Van Dijk's interview with BT Sport, with the rest of the Liverpool squad raiding his interview and belting out chants of 'Ole, Ole, Ole'.

The celebrations are well underway in Liverpool!

Virgil van Dijk joins #PLTonight along with the rest of the Liverpool squad!

Meanwhile, Kenny Dalglish, who was interviewed before, was left understandably emotional after the Reds' title win as he praised Klopp's effect at Liverpool.

He said: "Since Jurgen came in, it's been very, very positive all the way through. He's been fantastic, and he epitomises everything Liverpool Football Club stands for.

"He appreciates and respects everybody that works at the club; they've all got his respect. It's not just a one-off because last year they came within a point of it, this year they've only lost one, drawn two.