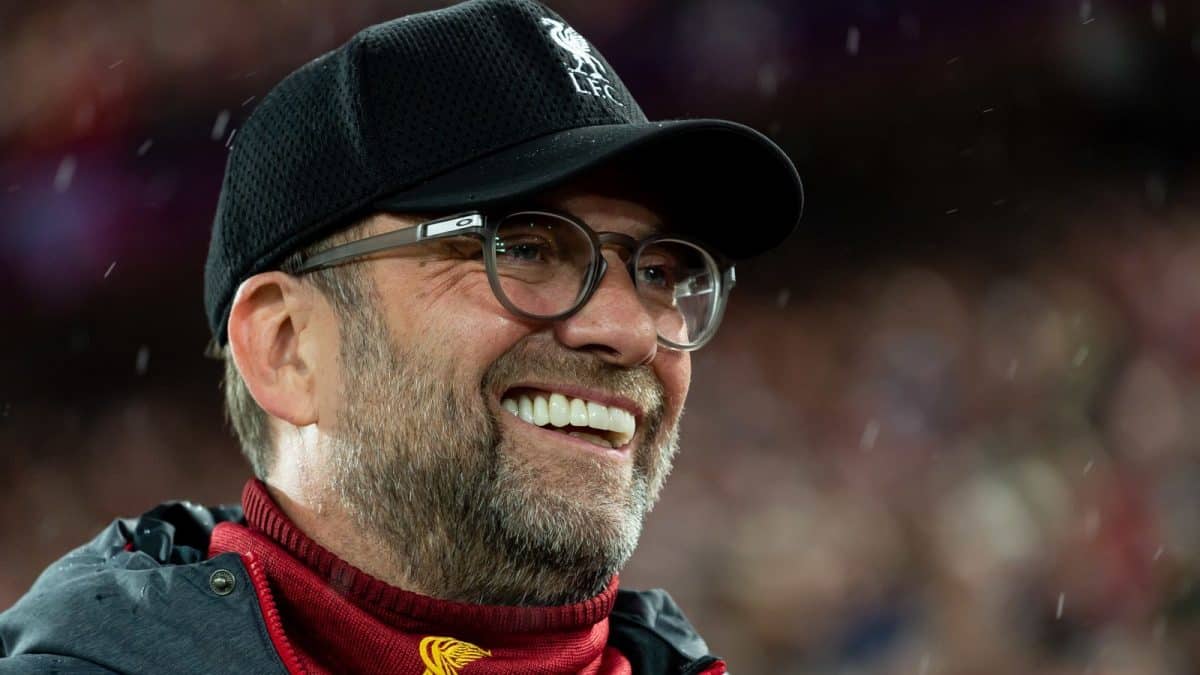 Jurgen Klopp explained why he brought the squad together to watch Chelsea beat Man City, handing the Reds their first Premier League title.

Klopp’s side were crowned Premier League champions on Thursday night, ending their long 30-year wait for the league title.

While the boss previously said he would watch the game only to “study” his opponents, rather than celebrate, he joined the rest of the Liverpool squad as they gathered to watch them win the title.

“There was no alternative,” Klopp said when asked how the gathering came about.

“This morning we thought about it, shall we do something and then we thought maybe not compulsory, the boys have to drive a little bit… and then I said, ‘No, we have to make it compulsory, everybody has to be there.’

“I am more experienced, and I know who will stay at home and watch it alone will regret it for the rest of his life. So, we came here together; it is our bubble, it is the people who are with us every day, we are all twice-a-week tested so we are fine since we can train again and it’s a nice moment.

“It is wonderful to share it, but we share it with everybody out there as well because we are here, they are there, but we are all together.

“My message is: it is for you out there. It is really for you. I hope you feel it. I hope you saw it last night, not only last night but after a long time, last night again. It is for so many people.

“Kenny Dalglish and Graeme Souness spoke to me in another interview, and they were obviously very positive about us. That’s nice, [but it’s] thanks to them because this club is built on what they did.

“It is built, of course, on Shankly and Paisley and Fagan and all the others, but these players… Steven Gerrard – this club is built on, in the last 20 years, on Stevie’s legs.

“He had to carry all of the pressure on his shoulders, and he did that exceptionally. I am really happy that we can deliver this title to him as well.

Klopp had already established himself as a Liverpool legend but winning the league title after three decades ascends him to a category shared only by the extraordinary ones.