“We’re all like brothers, Klopp is our father figure” - Andy Robertson on Reds’ united front 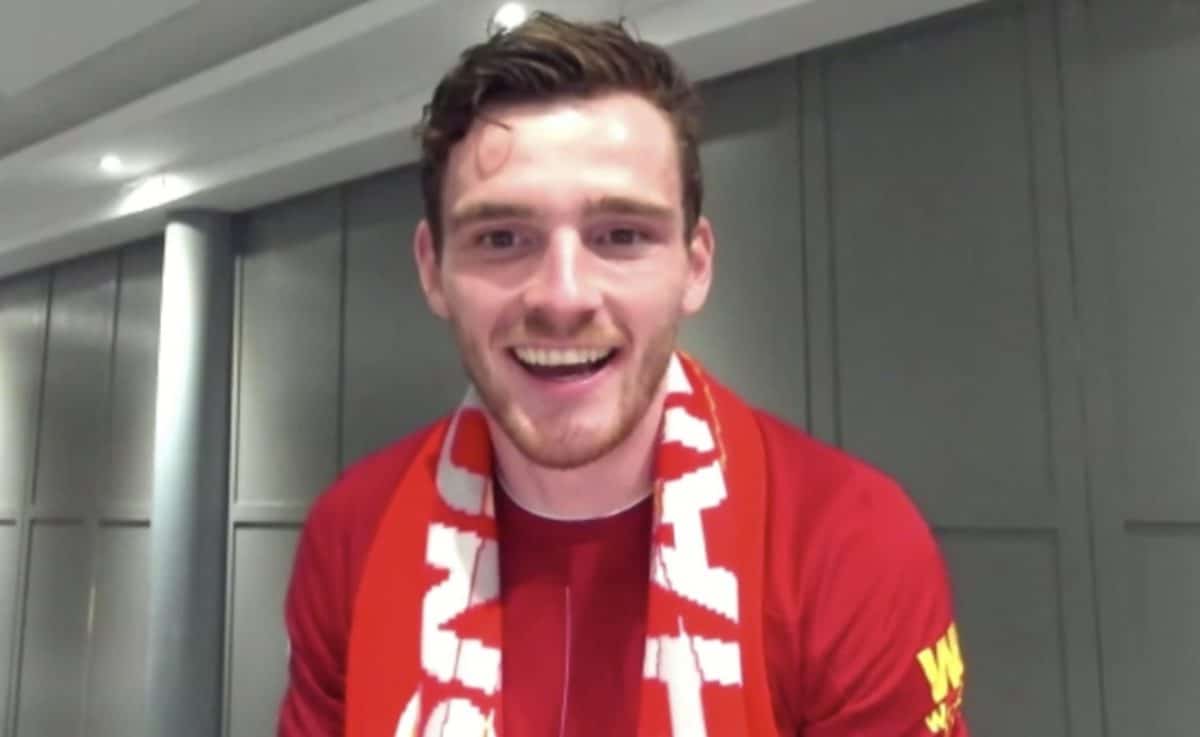 Andy Robertson emphasised the family spirit that runs through the club after Liverpool were crowned Premier League winners on Thursday night.

The relentless Reds had put the onus on Man City to win at Stamford Bridge after they swept Crystal Palace aside on Wednesday night.

Kevin de Bruyne cancelled out Christian Pulisic’s first-half strike with a stunning free-kick as City looked like pushing on for a comeback win. However, Willian converted a penalty after Fernandinho was sent off for handball as Chelsea downed Pep Guardiola’s side to clinch the title for the Reds.

The Liverpool squad and non-playing staff gathered together at a hotel to see themselves confirmed as champions, with Robertson telling BBC Sport: “We won’t tell you the exact location, but we are all in a hotel together as a team.

“We thought something hopefully special was going to happen and that’s how it turned out.

“Give him (Klopp) a couple more beers, and we’ll get a few days off!”

On how the Reds reacted to the game, he added: “We went a bit crazy, but the place went a bit silent when De Bruyne bagged a worldie free-kick. Luckily Chelsea reacted off that.

“The place went wild [when Willian scored], and we could sit back and enjoy the last five minutes.”

It’s been a truly remarkable season for Klopp’s side as they set the record for the fewest amount of games needed to secure the Premier League - 31.

Robertson offered an insight into what makes Liverpool tick so well as he insisted the players feel “kind of like brothers” with a “dad figure” in Klopp.

“As a squad, we're so close. We love coming in to training every single day,” he told LFCTV in a later interview.

"We're all kind of brothers, and we have a dad figure in the gaffer, and he's the one that leads us in the right direction. He and his staff have been second to none, to be fair, since I've come here. This season they've been excellent to us going, keep us hungry, keep us motivated. 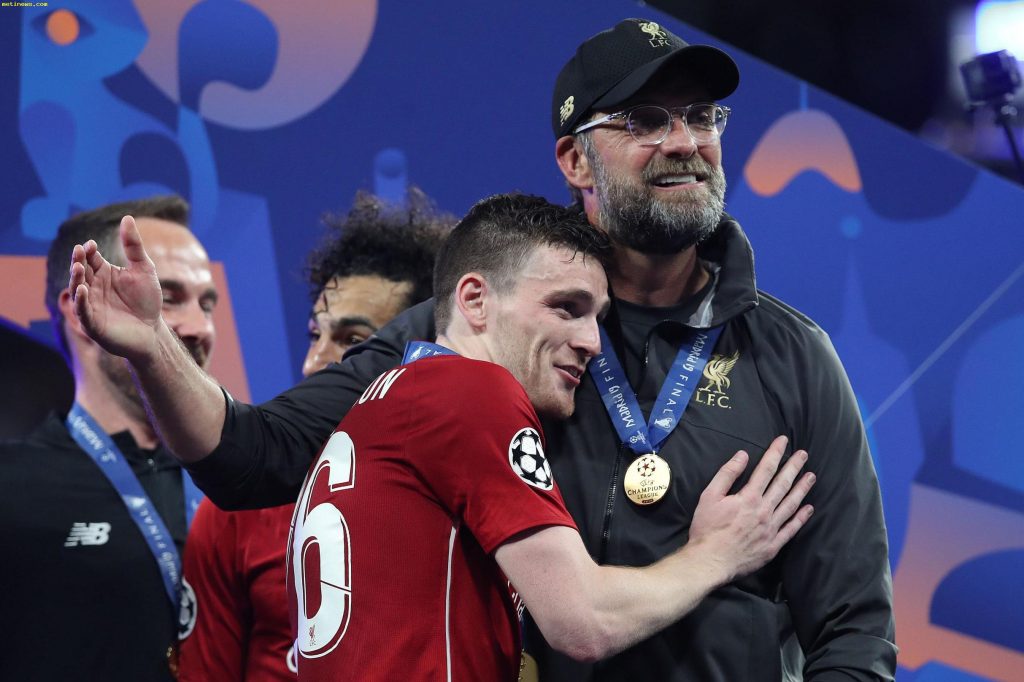 "Motivation has never been a struggle. As players, we've always been hungry, and we always wanted to win trophies for this club. Luckily, we're now showing that in the last 12 months."

Meanwhile, fellow full-back Trent Alexander says he’s in no mood to stop winning as he set his sights on breaking the all-time Premier League points-tally record.

“We’re over the moon with being champions, but we’ve still got seven games to go,” Alexander-Arnold said.

“We’re not going to let up now. Why stop now? Why stop at 86 points when there’s a record that we can chase of a 100 points.

“We’re not that far away now, so we know we’ve got enough games to chase that down and be cemented in Premier League history.”

Both Robertson and Alexander-Arnold have played a massive role in Liverpool’s resurgence over the last couple of years. The duo have been as important, if not more, than those banging in the goals upfront.