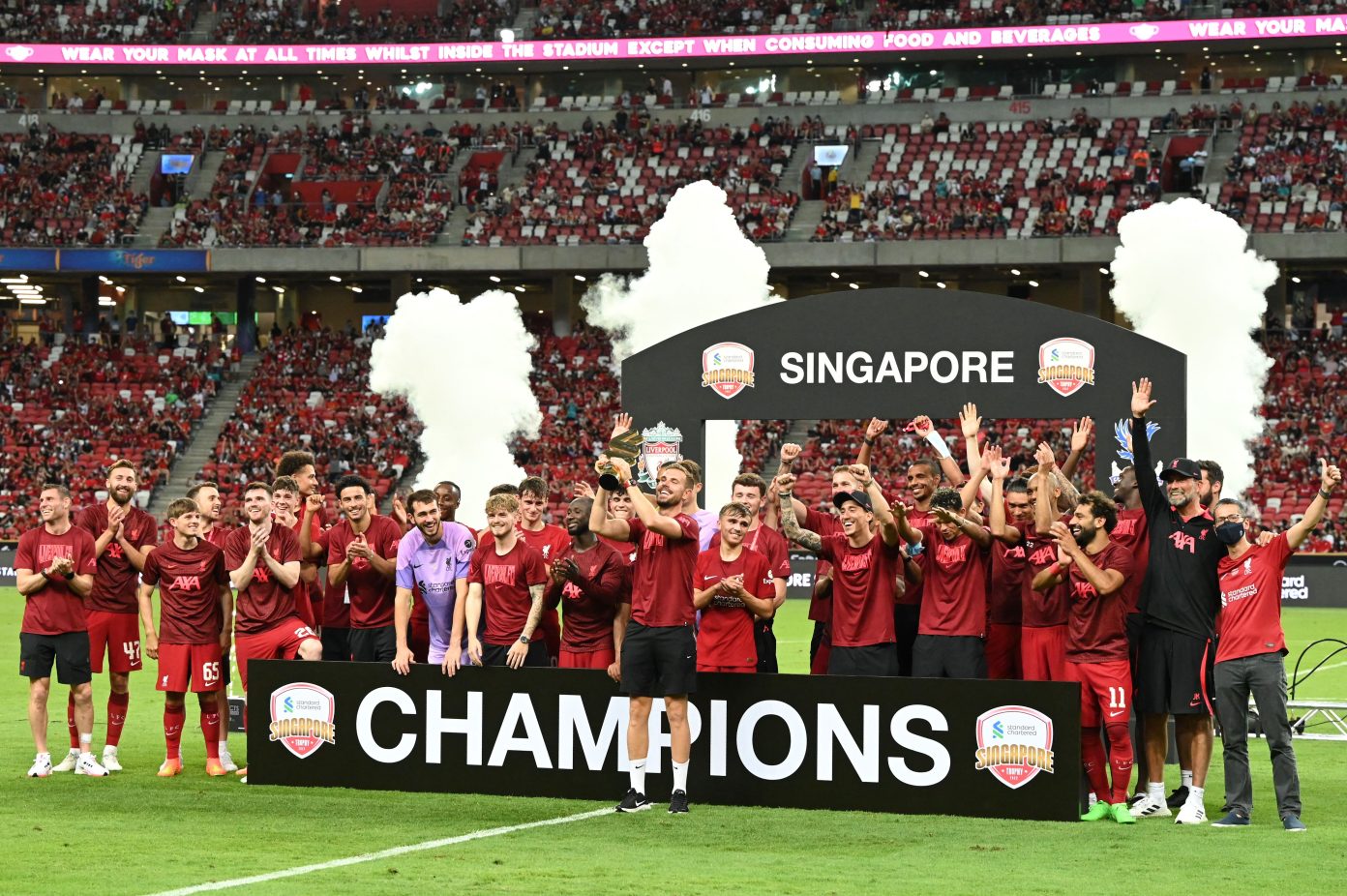 After the disappointment of a 4-0 loss to Manchester United to open the pre-season, the Reds looked in much better form against Crystal Palace on Friday during a 2-0 win at Singapore’s National Stadium.

Liverpool captain Jordan Henderson opened the scoring with a first-half goal in the 12th minute off of an assist from Harvey Elliott, as the Reds seemed to be on the front foot from the opening whistle. In all, Liverpool outshot Crystal Palace 14-4 on the day, limiting the Eagles to a single shot on goal.

Early in the second half, fan-favourite Mo Salah delighted the sellout crowd of over 50 thousand in the 46th minute with a goal that deflected off of a Palace defender to seal the 2-0 victory. Since this match was pre-season friendly, the Reds don’t get to bring home three points, but supporters can take away valuable lessons as to what they might expect out of Liverpool this season.

While the goals were what the fans paid to see, it was the way that Liverpool bossed the match that should have fans dreaming of an EPL title this season. They also showed marked improvement over the first match, looking much smoother in all areas of the game. This fact is a bit surprising because Crystal Palace has played one more pre-season fixture than the Reds to this point, but it was Liverpool that appeared more fit.

As the EPL season inches closer, Liverpool manager Jürgen Klopp tightened his rotation. Instead of using three different teams for 30 minutes each, Klopp had his starters play 45 minutes and a second group, composed of both veteran and young players, started the second half.

32 players still saw time on the pitch, but it was the household names that played the bulk of the minutes. Since the top players saw long stretches of play, it is little wonder that Liverpool was able to dominate the match the way they did.

The match was far from a master class, however, as Liverpool could have scored at least two more goals had they finished their chances. Elliott put a shot just wide in the first half, while fans got a sneak peek at the potential of a Salah, Darwin Núñez pairing up front. The duo nearly linked up midway through the second half for Núñez’s debut goal in a Liverpool shirt, but he was denied by the Eagle keeper.

Núñez’s play has been criticized in some circles, but Klopp has called such statements, “Ridiculous”. Judging by his play today, Núñez should soon find the back of the net, endearing himself to Red's supporters quickly.

In all, Liverpool supporters should be pleased with the team’s performance versus Crystal Palace. While not perfect, it does show a big improvement over the last match. If they continue to show the same type of improvement throughout the rest of the pre-season, Liverpool should be in top form by the time the EPL season starts on August 6th.