Watch: Jurgen Klopp insists Liverpool "will be ready" for Everton in Merseyside derby

Liverpool manager Jurgen Klopp spoke to the media ahead of the Reds' trip to Goodison Park to face Everton on Saturday.

Liverpool take on their local rivals for the 237th Merseyside derby this weekend, with Carlo Ancelotti's side sitting at the top of the Premier League table ahead of the clash.

The Reds haven't lost a game against the Toffees for a decade - with Saturday's meeting between the two sides coming on the 10th anniversary Everton's last victory against Liverpool.

But speaking to reporters on Friday, Klopp insisted the record is meaningless as he praised Ancelotti's effect on Everton.

On whether the past has any bearing on the fixture, Klopp said: "Not at all… of course from my point of view long may it [Liverpool’s unbeaten run] continue.

"It’s the hardest work for us tomorrow and we will be ready for that.

"I think that you don’t need to be a manger to see that, it’s pretty clear that they did some good business and Carlo is a sensational manager. 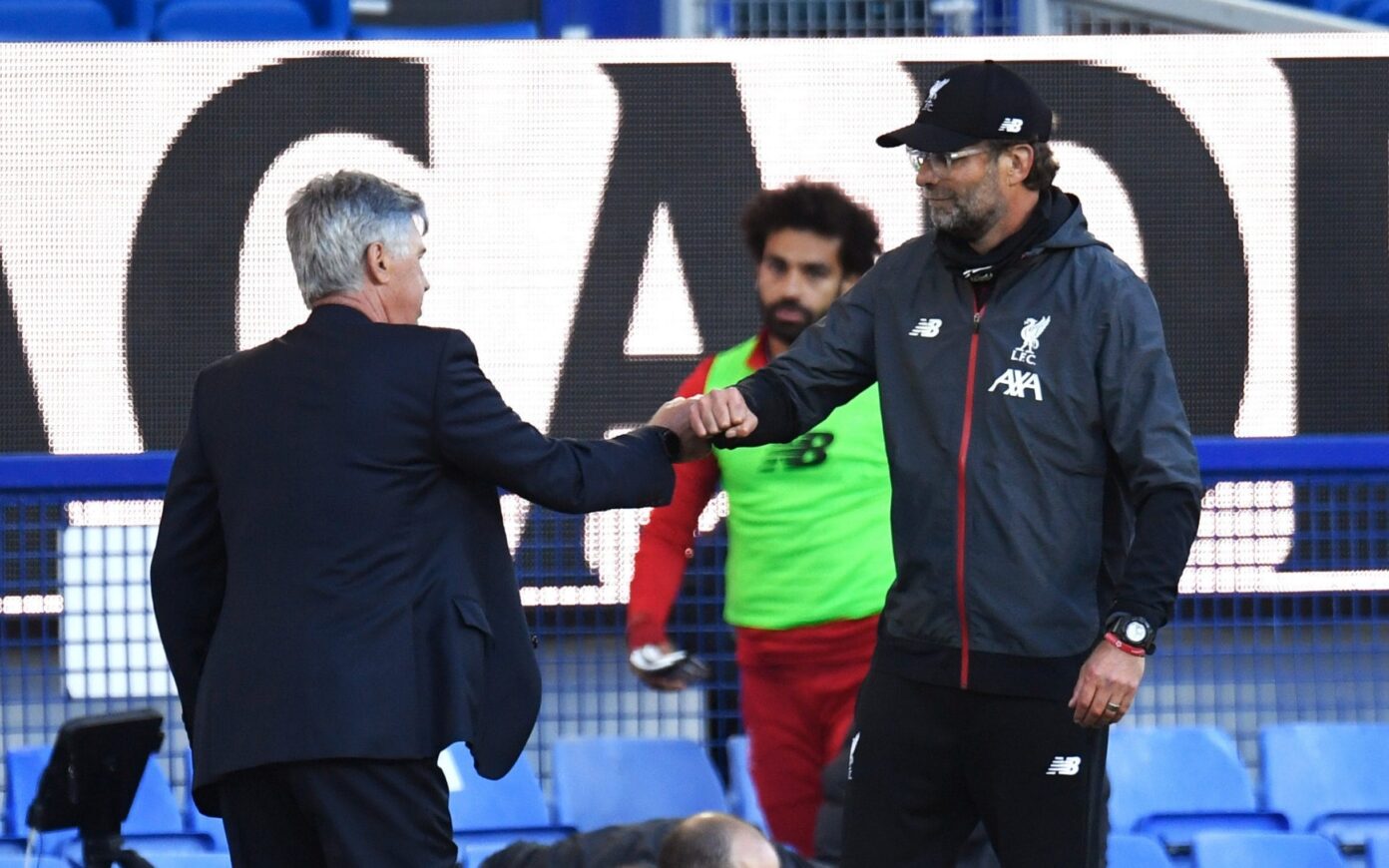 "This team looks really, really good - I would like to say something different but it’s not possible! So, of course, that’s a proper challenger.

"Look, so many teams did really good business in this transfer window, [business] which made real sense, and they all will improve.

"All teams improve in that league and that’s what everybody has to know about. We know about that and that's why we have to be ready for each of these games and tomorrow, in not even 24 hours, we can show that."

The boss also provided an injury update on his squad, ruling Naby Keita out due to a "fitness issue" amidst rumours of the Guinean testing positive for coronavirus whilst on international duty.

However, Thiago and Sadio Mane are likely to feature from the off after ending their own period of self-isolation after testing positive ahead of the international break.

Joel Matip is also in contention, whilst Jordan Henderson could return after starring for England on his return from injury.

Alisson remains sidelined, but the Brazilian is making “big steps” in his rehabilitation according to the Liverpool manager.