Klopp provides injury update on Emre Can and Adam Lallana 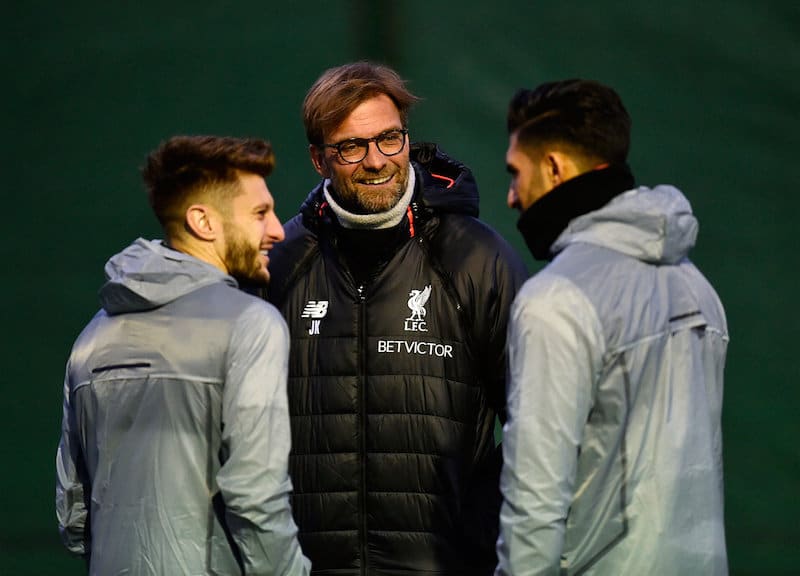 Adam Lallana will be hoping to make his return from injury in Liverpool's final Premier League game of the season against Brighton.

The midfielder sustained a hamstring issue after coming on as a substitute against Crystal Palace last month and has not featured since for the Reds.

The England international travelled to South Africa recently to continue his ongoing rehabilitation – and Jürgen Klopp is hopeful that he could play some minutes before the end of the campaign.

“Adam is here doing his fitness work. He’s not injured anymore but he’s not fit yet. We hope still that one or two games might be possible for him. We will see,” said the boss.

“There is no chance for the weekend, no chance for Wednesday and then it could be difficult [for Chelsea]. Maybe possible for Brighton for Adam. We have to see.”

The manager also delivered an update on Emre Can, who suffered a back injury during the first half of Liverpool's 5-2 win over Watford on March 17.

Klopp said: “Emre is a little bit further away. His rehab is improving a lot. It is much better, but it is quite close to the end of the season.

“I haven’t closed any doors on both of them. There is still a possibility.”

Liverpool see their current midfield options running thin, with Alex Oxlade-Chamberlain ruled out for the rest of the season after sustaining knee ligament damage during midweek's 5-2 Champions League semi-final win over Roma.

The Reds are heavily reliant on James Milner, Jordan Henderson and Gini Wijnaldum if they are to secure top-four qualification for next season and progress to the final of the Champions League.