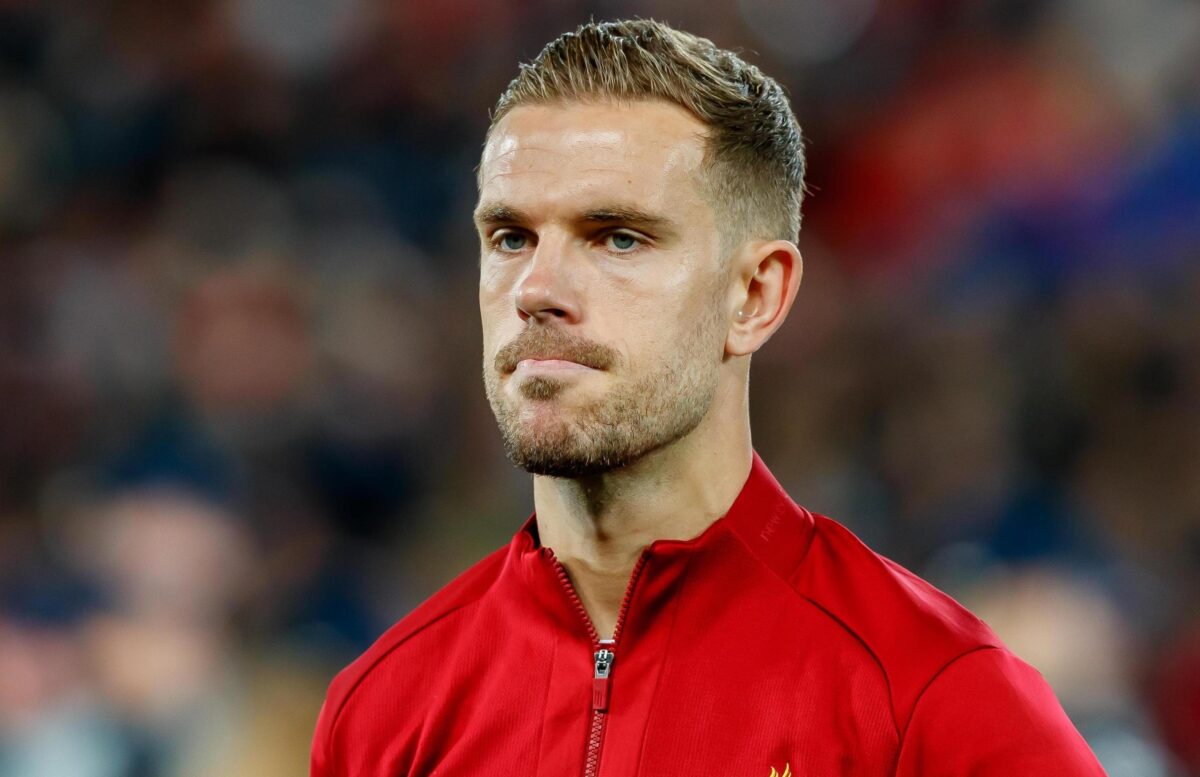 Jordan Henderson will return to full-team training on Tuesday as he continues his recovery from a knee injury sustained last year.

The Liverpool captain was forced to miss out on Saturday's final pre-season friendly against Blackpool at Anfield.

Henderson suffered a knock to his knee against Brighton in July, curtailing his participation for the remainder of the Reds' title-winning campaign.

The 30-year-old avoided the need for surgery, but his road to recovery has been arduous, with the skipper initially planning to return to full-team training last week.

But instead, he continued with one-to-one sessions with Liverpool's physios as the Reds took a cautious approach with his return from injury.

Speaking ahead of the Reds' clash against Blackpool, Klopp explained Henderson is due to be back in full-team training on Tuesday, ahead of Liverpool's opening Premier League clash against Leeds United next weekend.

"Obviously Hendo was desperate to play a few minutes today as well, but it makes no real sense because he had to do an important session today for him," Klopp said.

"If he would have played today, 10 minutes or so would have probably been OK. But that makes no sense. So that was not possible, but he trained in big parts of this week and will probably join full team training next Tuesday.

"Timing-wise, not perfect that he cannot play today, but can train a few days later fully. But that's how it is.

"We will see how he develops, [there are] a few days until Leeds, how the boys come back from the national teams. A lot of open questions still, but a few hopefully we can answer today."

Should Henderson be lacking match fitness for the clash against Marcelo Bielsa's side, the likes of Naby Keita, James Milner and Curtis Jones will be hoping to partner Fabinho and Gini Wijnaldum in midfield.