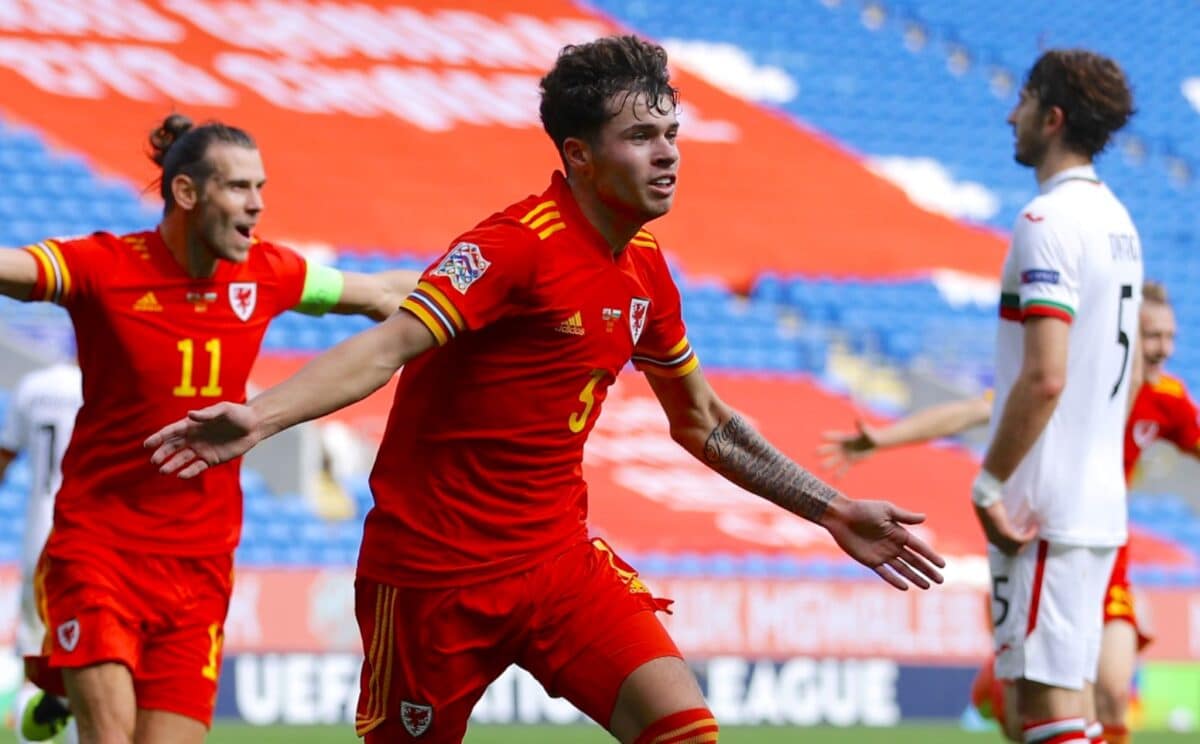 Liverpool youngster Neco Williams marked his home debut for Wales with a winner in injury time against Bulgaria on Sunday.

Williams earned his first senior call-up to the Welsh squad for this month's National League fixtures against Finland and Bulgaria.

The Reds full-back made his debut for Wales in Helsinki on Thursday night, coming on after the hour mark for Jonny Williams.

Manager Ryan Giggs gave him another 25 minutes at the Cardiff City Stadium, with the 19-year-old coming on to score a debut goal for his country in just his second appearance.

With the clock ticking, Williams anticipated the ball into the box from the left and got ahead of his marker at the far post, connecting with the cross to head home and give Wales a 1-0 win.

What a moment for Neco Williams! 🔥🏴󠁧󠁢󠁷󠁬󠁳󠁿

The #LFC right-back grabs a late, late winner on his home debut for @Cymru as they make it 2 wins from 2 in the UEFA Nations League! ✅💯

Speaking after the game, Williams told Sky Sports: "I can't really sum it up at the minute but before the goal, we must have made about 25 passes.

"The build-up to it was the main thing and to finish it off and score my first goal for my country is a proud moment for me, my family and a day I'll remember for the rest of my life.

"It's just happened so quick, making my debut then scoring my first goal for my country. When you're a kid you always dream of playing for your country, to get the opportunity and to do what I'm doing now is surreal.

"If I keep working hard, keep showing the gaffer what I can do then hopefully I'll get more chances and score more goals.

"Being part of this team is like a family, all the boys are so close together and they help the young lads, especially the more experienced lads.

"The talent we have around this team is unbelievable. For a younger player to come and get that opportunity is a great feeling and we have to thank the gaffer for that opportunity."

It was a second consecutive 1-0 late win for Wales, who beat Finland on Thursday courtesy of an 80-minute Kieffer Moore winner. Wales are now three points clear of Finland and five points ahead of both Bulgaria and Ireland with two games played.

Williams is highly-rated by the coaching staff at Liverpool and began to make his mark at the end of last season, gaining crucial minutes in the first team ahead of Trent Alexander-Arnold.

He continued to show his rapid development this pre-season and is likely to play second-fiddle to Alexander-Arnold for the upcoming season.