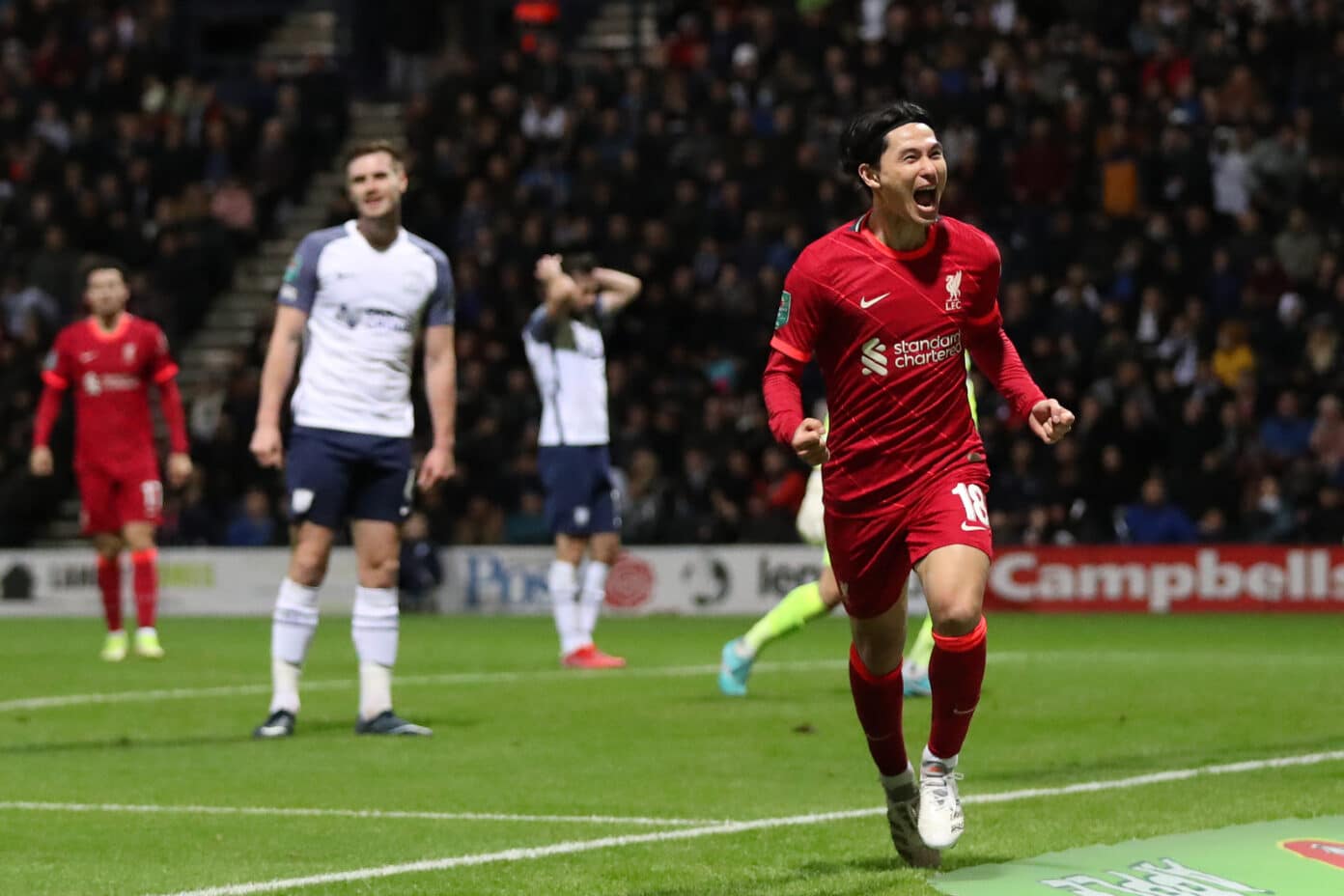 Liverpool progressed to the quarter-finals of the Carabao Cup following goals from Takumi Minamino and Divock Origi against Preston North End on Wednesday night.

Liverpool were fortunate not to find themselves behind at the break despite enjoying most of the ball, with a superb Adrian save and a goalline clearance by Neco Williams keeping the scores level.

But the Reds took the lead just after the hour mark through Takumi Minamino's close-range finish before Divock Origi netted in the final ten minutes to seal a 2-0 win.

Jurgen Klopp's side will now await the draw on Saturday morning as they find out who their opponents are in the quarter-finals of the competition, which is scheduled to take place in the week commencing 20 December. 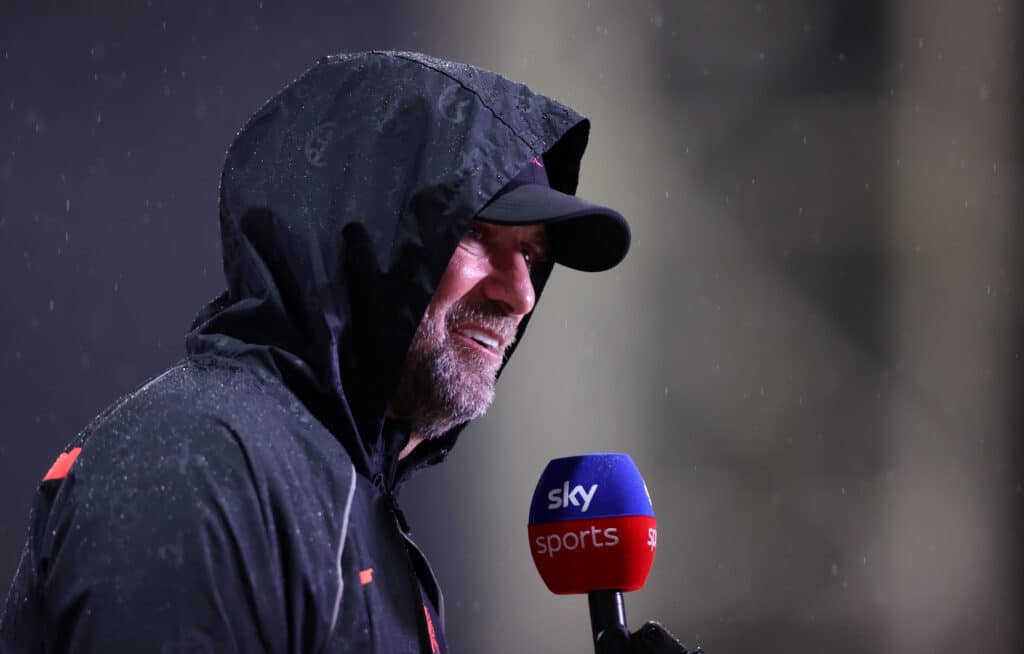 The boss named an entirely fresh starting eleven, with full senior debuts for youngster Tyler Morton - who came on as a substitute in the last round - and forward Harvey Blair.

The likes of Joe Gomez, Kostas Tsimikas, Alex Oxlade-Chamberlain, Takumi Minamino and Divock Origi were also all involved, with Gomez captaining the side.

Liverpool, as expected, dominated the ball from the off and the early stages were largely played exclusively within the hosts' half. Blair had an early sighter at goal with a smart turn inside the box, but his effort went well wayward of the goal.

Despite the Reds having the majority of possession, the hosts did well to stifle any threatening attacks as they defended deep within their shape and looked to counter when given the opportunity.

Chances were far and few between for the Reds as a teasing ball into the box by Origi was nearly met by Blair, who had evaded his marker only to fail to make sufficient contact with the ball. 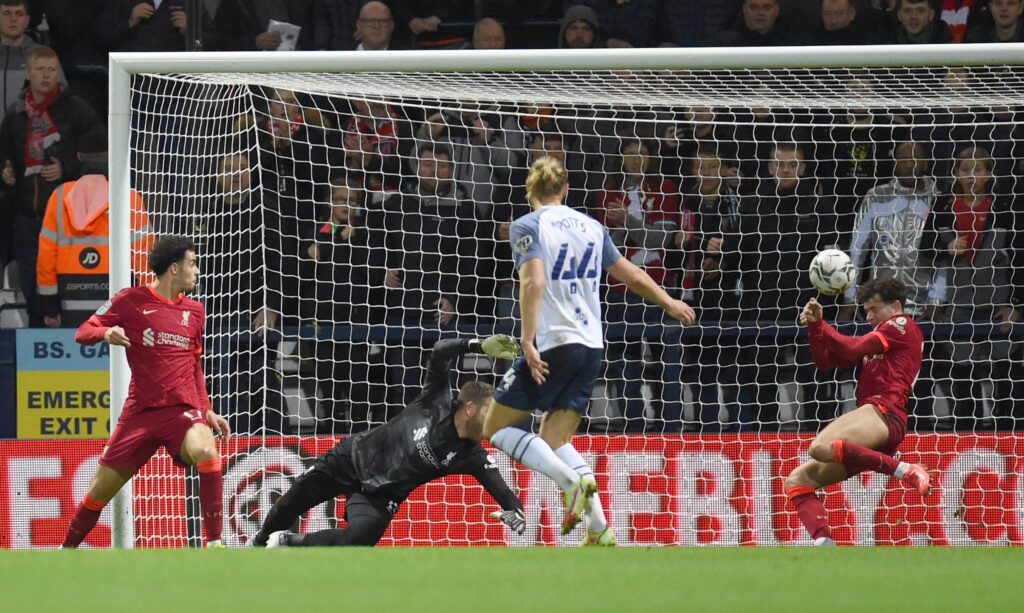 The hosts nearly netted against the run of play as Sean Maguire threaded through a pass to Brad Potts, who ran clear on goal and got his shot off ahead of Gomez's challenge, only to be denied by Adrian, who palmed behind.

Preston then had another glorious opportunity to take the lead as Maguire's close-range effort was expertly saved by Adrian, with Ryan Ledson's follow-up being blocked on the line by Neco Williams before Potts blazed over the crossbar.

Matip made way for Nathaniel Phillips at the break in what appeared to be a pre-determined plan of action, with Klopp handing the duo 45 minutes each.

The Reds boss was animated on the touchline at the start of the second half as he looked to get his side to click into gear and build some momentum towards the Preston goal.

Oxlade-Chamberlain did well to create space at the edge of the box and get a powerful strike off, but the midfielder's effort swerved just wide of the post leaving goalkeeper Declan Rudd untroubled. 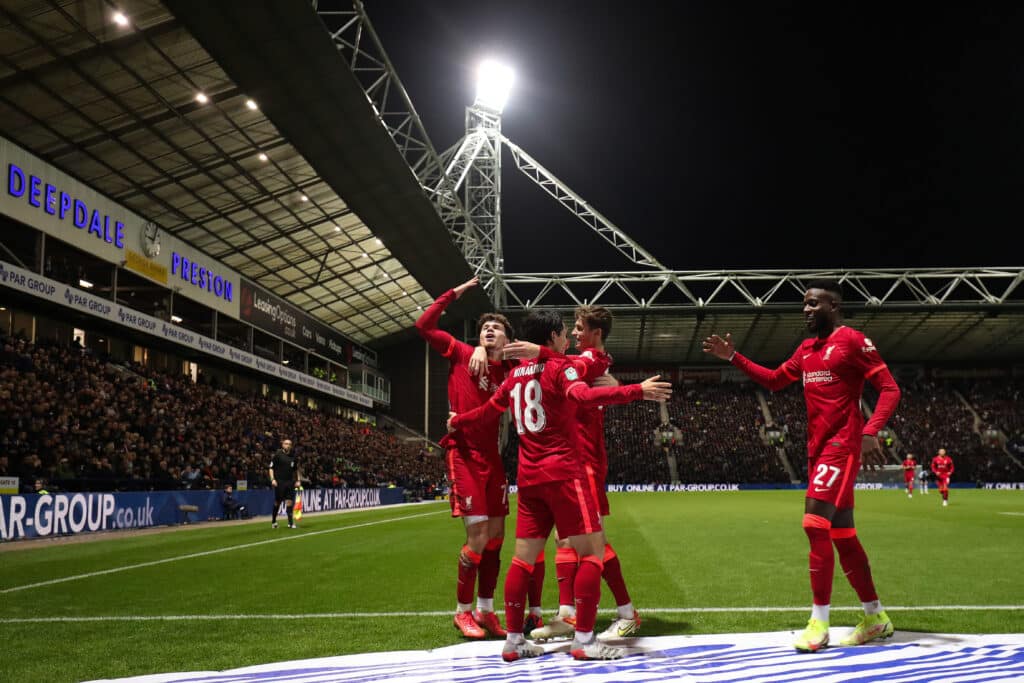 But Liverpool finally broke the deadlock just after the hour mark as Williams beat the offside trap and drove inside the box before powering a cross towards Minamino, who produced an excellent finish to divert the ball into the back of the net.

The Reds didn't create much of note thereafter as the hosts remained in the game with glimmers of hope of creating a chance to try and take the game to penalties.

But Liverpool doubled their advantage in extraordinary fashion as Tsimikas' cross hit the post before landing at the feet of Williams, whose shot was blocked before Origi excellently back-heeled the follow-up past the goalkeeper and into the back of the net.

Williams could have made it three soon after as he got clear of the Preston back-line with only the goalkeeper to beat, but the Reds right-back was denied his first senior goal in a Reds shirt by a good low save.

It ultimately finished 2-0 to the Reds, who will now turn their attention towards the weekend's meeting with Brighton in the Premier League at Anfield.