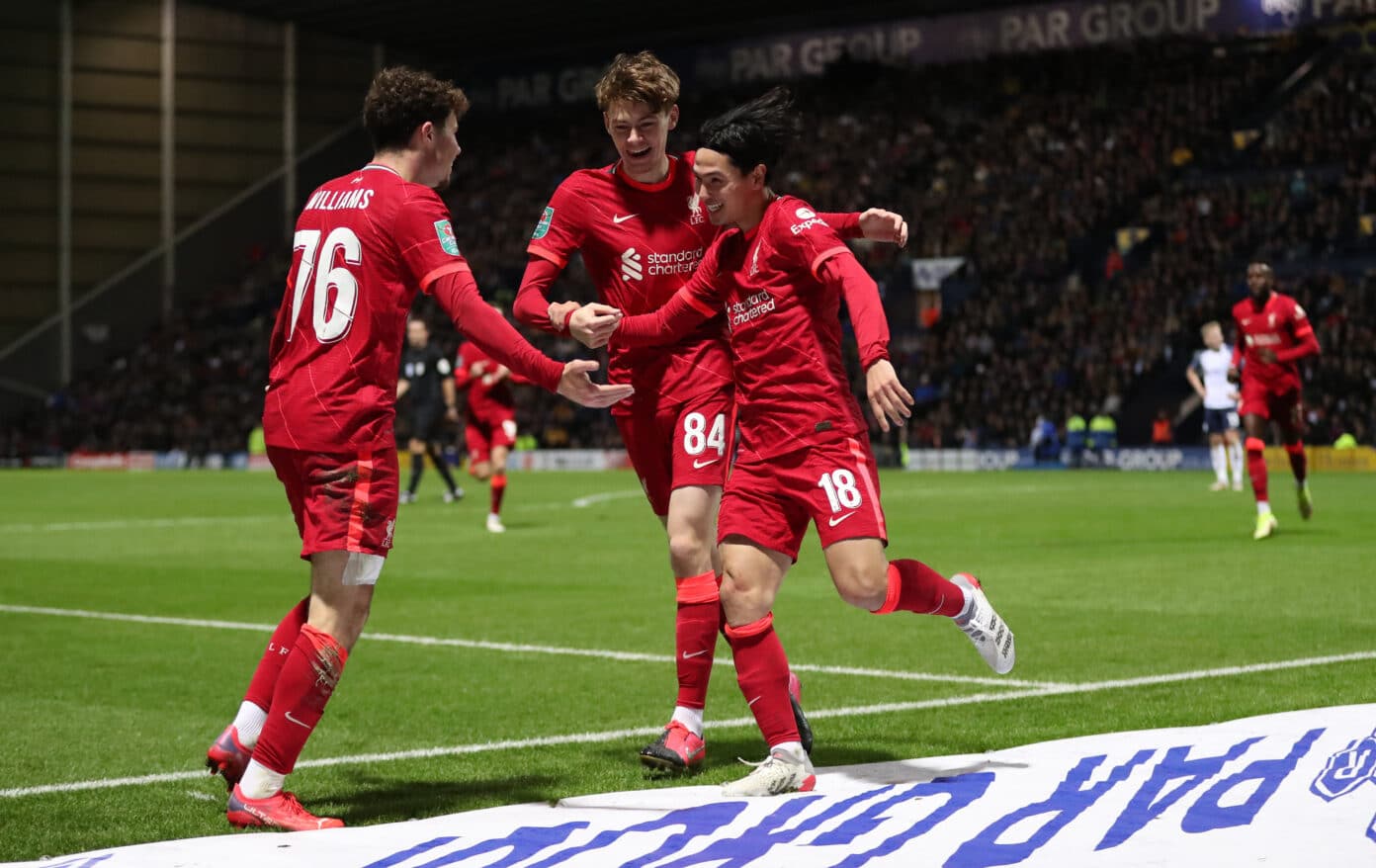 Preston North End vs Liverpool highlights: Watch the goals and highlights as the Reds progressed to the quarter-finals of the Carabao Cup.

Liverpool started the first half strongly as they dominated the ball and kept Preston pinned within their own half. However, the hosts were well-drilled and showed more than enough threat on the counter to worry Jurgen Klopp's side.

Brad Potts had a glorious chance to put the hosts ahead as he beat the offside trip and looked to be the favourite to put the ball past Adrian, but his finish was tame as the Reds goalkeeper palmed the ball behind.

The Reds were fortunate not to find themselves behind just seconds later as Joe Gomez was dispossessed at the edge of the box before the ball was squared to Sean Maguire, whose close-range effort was saved wonderfully by Adrian.

The sequence wasn't over however as the follow-up landed at the feet of Ryan Ledson, with his goalward shot being blocked on the line by Neco Williams before Potts smashed the ball over the crossbar as Liverpool survived a massive scare.

The Reds were unable to find any openings at the start of the second half as the game entered into somewhat of a lull, but they eventually netted the opener through a fine close-range finish from Minamino.

Williams did well to get in behind the Preston defence before getting into the box and squaring a forceful cross into the six-yard box, with Minamino getting across the near post and expertly directing the ball home to make it 1-0 to Liverpool.

The Reds doubled their lead in the final ten minutes as Kostas Tsimikas' cross hit the woodwork and landed at the feet of Williams, whose shot was blocked before making its way to Divock Origi, who brilliantly improvised with a back-heel finish to secure a 2-0 win for the visitors.