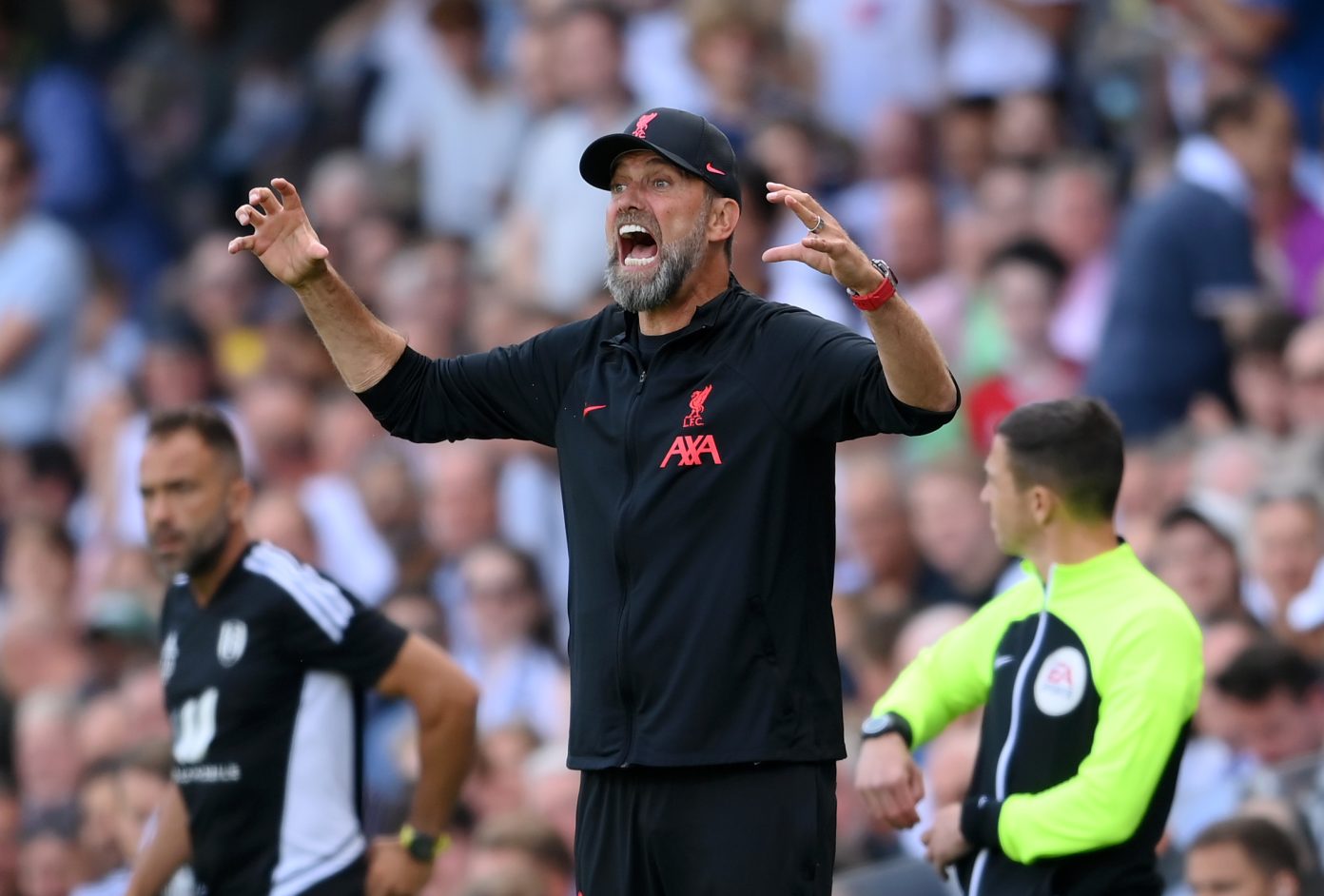 Liverpool opened their Premier League season with a 2-2 draw at Craven Cottage against Fulham. Darwin Núñez and Mohamed Salah both scored for the Reds in the second half to rescue the point. If we are going, to be honest with ourselves, this is a pretty disappointing result for Liverpool.

Fulham deserved this result and maybe more. I have been saying for a while now that Liverpool needed to be vigilant about the prospect of teams being dangerous in Week 1, and for large portions of this match, they weren’t.

The Cottagers were impressive in their return to the top level of English football. Serbian wrecking ball Aleksander Mitrović scored both goals for Fulham and was a menace to the Liverpool backline all game.

We’ve grown accustomed to Liverpool not dropping points, especially against a newly promoted side, but today they did. Today’s draw is an alarming result but, thankfully there are still 37 more games in the Premier League season.

Fulham came out of the dressing room absolutely flying. Liverpool were on the back foot for much of the first 30 minutes of the match. Fulham made them pay in the 32nd minute when Mitrović headed home his first goal, finding the end of a great cross from right-back Kenny Tete.

Liverpool managed to grow into the game as the half went on. Luis Díaz rocked the goal frame, hitting the post in the 39th minute. Up until that point, it was the Red’s best effort at goal. In the first half especially, all of Liverpool’s best chances came on the counterattack.

Fulham were definitely the better team in the first half. Liverpool weren’t terrible, but they weren’t sharp either. It was strange to see the same side that looked so good in the FA Community Shield last weekend, look so disjointed and impotent in the first half of the Premier League opener.

Liverpool made a concerted effort to get something out of this match in the second half. That effort was hampered slightly by an early injury in the half. The Red’s injury problems got worse as Thiago pulled up lame in the 50th minute. An exasperated Jürgen Klopp subbed him off immediately for Harvey Elliot.

At the same time, he gave Darwin Núñez his Premier League debut, subbing him on for Roberto Firmino. This has been how Klopp has decided to work Núñez into the lineup all preseason. Like most of those preseason appearances, the Uruguayan striker would not disappoint.

Liverpool evened the match up in the 64th minute. Núñez would tally his first Premier League goal with a nifty back-heel flick. Mohamed Salah set him up with a cross from the right side that glanced off of Fulham defender Tosin Adarabioyo before being clicked in by Nunez’s heel.

For a moment, it felt like Liverpool, and especially Núñez had grabbed this game by the horns and would turn it around. Unfortunately, Fulham had other plans. Mitrović brought the Cottagers even through a penalty in the 72nd minute.

Despite Liverpool’s protests, Virgil van Dijk clearly tripped up the Fulham striker as he surged through the box toward the goal.  Mitrović converted from the spot by smashing the ball low past Alisson on the right side. The normally reserved crowd at Craven Cottage went wild, sensing the upset.

To their credit, Liverpool responded again. Mohamed Salah would score the Reds’ second goal in the 80th minute, finishing off a quick back pass from Núñez. Credit needs to be given to Trent Alexander-Arnold, whose pass was dropped in on a dime right in between Núñez and Salah.

Liverpool nearly found the winning goal they wanted in the dying minutes when Jordan Henderson hit the crossbar. It feels like Liverpool simply ran out of time, there was definitely another goal in this game if it had gone on for another 5 minutes. But the game is 90 minutes plus stoppage time and Liverpool wasted the first 45 of them.

Man Of The Match and What’s Next

The Man of the Match was Fulham's Aleksander Mitrović. He had previously been criticized for his lack of production at the Premier League level. He seemingly took all of that frustration out on Liverpool. He scored both Fulham goals, drew the penalty with his relentless play, and played a great all-around game.

Liverpool’s MOTM was none other than Darwin Núñez. He provided the spark off the bench that the Reds desperately needed. His back-heel finish was all class and indicative of his pedigree as a striker. His assist on the tying goal was also amazing. You have to think the first half would have been very different had he started the match.

Next up for Liverpool is the home opener at Anfield against Crystal Palace on Monday night, August 15th. The Reds are going to have to work hard this week to find their game after this disappointing draw in West London. It won’t be easy as the injuries to key players continue to pile up.