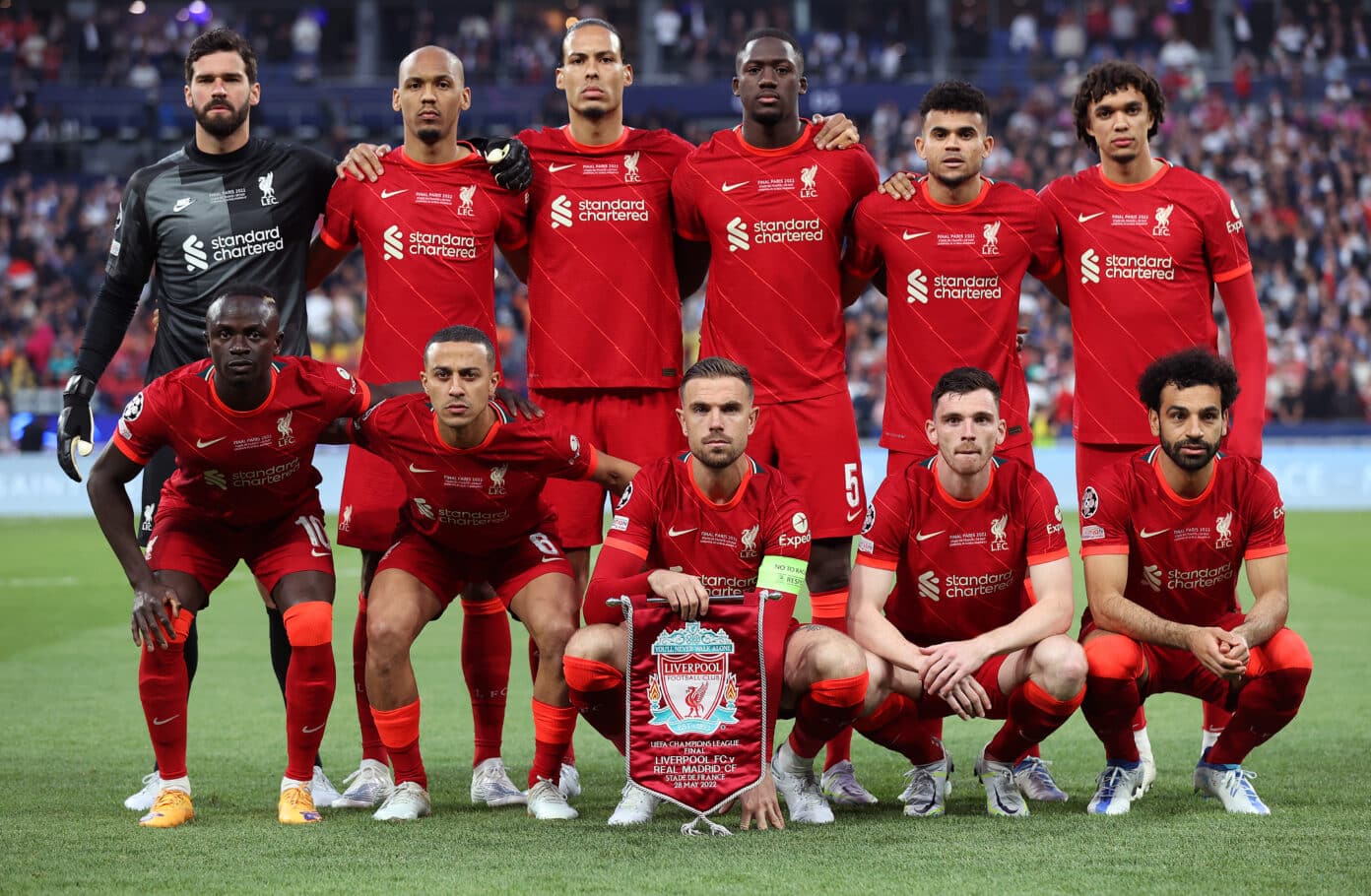 Whenever the new schedule comes out, people who love football might feel like kids on Christmas morning. From the end of the previous season in May until the first match in August, the fixture release is something that footie nerds can obsess over during the downtime between Premier League campaigns.

The first glimpse at the schedule gives us an idea of when we can expect the derbies and the rest of the bigger matches. We can plan accordingly for which weekends we will need to hunker down for Manchester City, Chelsea, Tottenham and of course, Everton.

It also gives us our first look at when the Reds will see the newly promoted teams of Bournemouth, Fulham, and Nottingham Forest. All 3 have just gotten back into the Premier League from the Championship. This will be Nottingham Forest’s first season in the EPL since 1999.

All seasons have their challenges and potential pitfalls and this season will be unprecedentedly weird, with the World Cup break happening right in the middle of it, from Mid-November until Boxing Day. Nothing like a late fall/early winter World Cup has happened in the history of modern football. It will have a profound effect on how the Premier League plays out this season.  How Liverpool navigates the condensed nature of the Premier League schedule could be the difference between winning it all and not.

Now that we’ve all had time to digest the new schedule and plan which games we definitely need to see, let’s take a deep dive on some of the most important matches on the 2022-23 calendar.

This is the first in a 3 part series that will break the schedule into 3 digestible pieces: The Beginning, The Middle, and The End. Look for parts 2 and 3 of our Beginning, Middle, and End series on the Liverpool schedule.

The first 3rd of the season can mean different things for each club. For a powerhouse like Liverpool, it means getting off to a great start that positions them for another run at the top 4. The ultimate goal is winning the Premier League title and all the points earned, or dropped, even this early in the season could be crucial for winning that trophy. Out of the 38 season matches, these are the 5 most notable matches from the first part of the 2022/23 season.

The experts often say that the beginning of the Premier League season is often when it is least predictable. Underdog clubs often knock off the bigger clubs in the first week of the season. There is always at least one match that the bookies mark as the upset special, and Liverpool should be aware of that. Week 1 has the Reds going to West London to face the newly promoted (again) Fulham. This could be that trap game, and Jürgen Klopp needs to have the boys ready for it.

Liverpool should be hungry and especially keen to show off their new toys. Recent Liverpool signing Fábio Carvalho will be intimately familiar with the Cottagers having spent the last 5 years there. If the rumors are true, Liverpool youngster Neco Williams could be sold off to Fulham by then. There will be plenty of extra narrative on top of it being the first match of the season.

The first match of the season at home is always special. This season, it will be extra special as one of the Premier League’s best stories from last season comes to Anfield. Crystal Palace F.C. under Patrick Vieria were one of the most exciting teams to watch last year. Their attacking style up against Liverpool and Klopp’s patented Gegenpressing will surely make for fireworks. Last year, the Reds dominated the Eagles, taking all 6 points in both league fixtures, outscoring them by a total of 6-1.

This will be the Anfield faithful’s first opportunity to see Darwin Núñez and any other big-name transfers that they might make. It could also be the last season opener for Mohamed Salah in a Liverpool shirt. The atmosphere on Merseyside will surely be electric as the Reds and their supporters will be ready. You can bet that the season-opening rendition of You’ll Never Walk Alone will have extra force behind it.

Even though this rivalry was, shall we say, a wee bit lopsided last campaign, a lot of people will tell you that Liverpool v. United is still the biggest match in English football. Last year, the Reds did the double over a hapless Manchester United. They outscored the Mancs 9-0 (!) over the 2 fixtures in the EPL last year. Regardless, that was last year and United will no doubt remember the embarrassment. Going to Old Trafford will be a great early test for Liverpool.

You could argue that any match against United’s crosstown and now superior rival, Manchester City, looms much larger but, United will be keen to beat Liverpool. It will be important for Klopp and the boys to match United’s energy. This will also be the first time Liverpool see what new manager Erik ten Hag has in store for them. It doesn’t matter what either side’s form might be, this is always a giant match for world football.

Similarly to Man United, it doesn’t really matter what the state of the opponent is in this fixture. It is the Merseyside Derby. For most Liverpudlians, these are the most important matches on the calendar. It is literally neighbor versus neighbor on Merseyside Derby days. Everton narrowly avoided relegation last season, which is embarrassing considering how much money ownership has sunk into the Toffees over the last few years. Liverpool, once, again swept the 2 games from this opponent last season, outscoring them handily 6-1 on aggregate.

Frank Lampard will be under pressure from the get go to boost Everton off to a good start. This match will be circled on their calendars, and it will be another important match on the road for the Reds. By this point, the 6th game of the season, Liverpool should have a good idea of what their identity will be for the 2022/23 season. The question is, will Everton? With derbies like these, you can throw records and form coming into the match out the window. It will be a battle for the soul of Merseyside.

Quite frankly, every match against Manchester City is the most important match of the season now. Sure, United and Everton are still huge matches but City are the target of the Reds’ desires. This is the first meeting between the teams that finished 1st and 2nd in the EPL last season. It comes in the middle of an absolutely packed October that has 6 league matches over 4 weeks and will also have Champions League games midweek. Each side will be eager to dictate the pace, and Liverpool will have to pay special attention to Pep Guardiola’s new number 9, Erling Haaland.

Neither team won either of the 2 matches in the Premier League last season. Both ended in 2-2 draws, one in October and one in April. You have to ask yourself, if the Reds were able to beat City in one of those matches, would they have been the Premier League champions? By this point of the season, both teams should be in top form. This will be a heavyweight bout and could go a long way to deciding the title in May.

The End of the Beginning

Looking at the schedule, the City match followed by the West Ham match midweek on October 19th marks the 11th and 12th matches of the season. This roughly marks the first 3rd of the season and this is a good place to pause our deep dive into the schedule. October is a very busy month and the Reds should be a finely tuned machine by then.

Then all of sudden, they stop cold in the middle of November for the World Cup. Our next part of the series will talk about the big matches leading up to and following this unprecedented break for Qatar 2022.