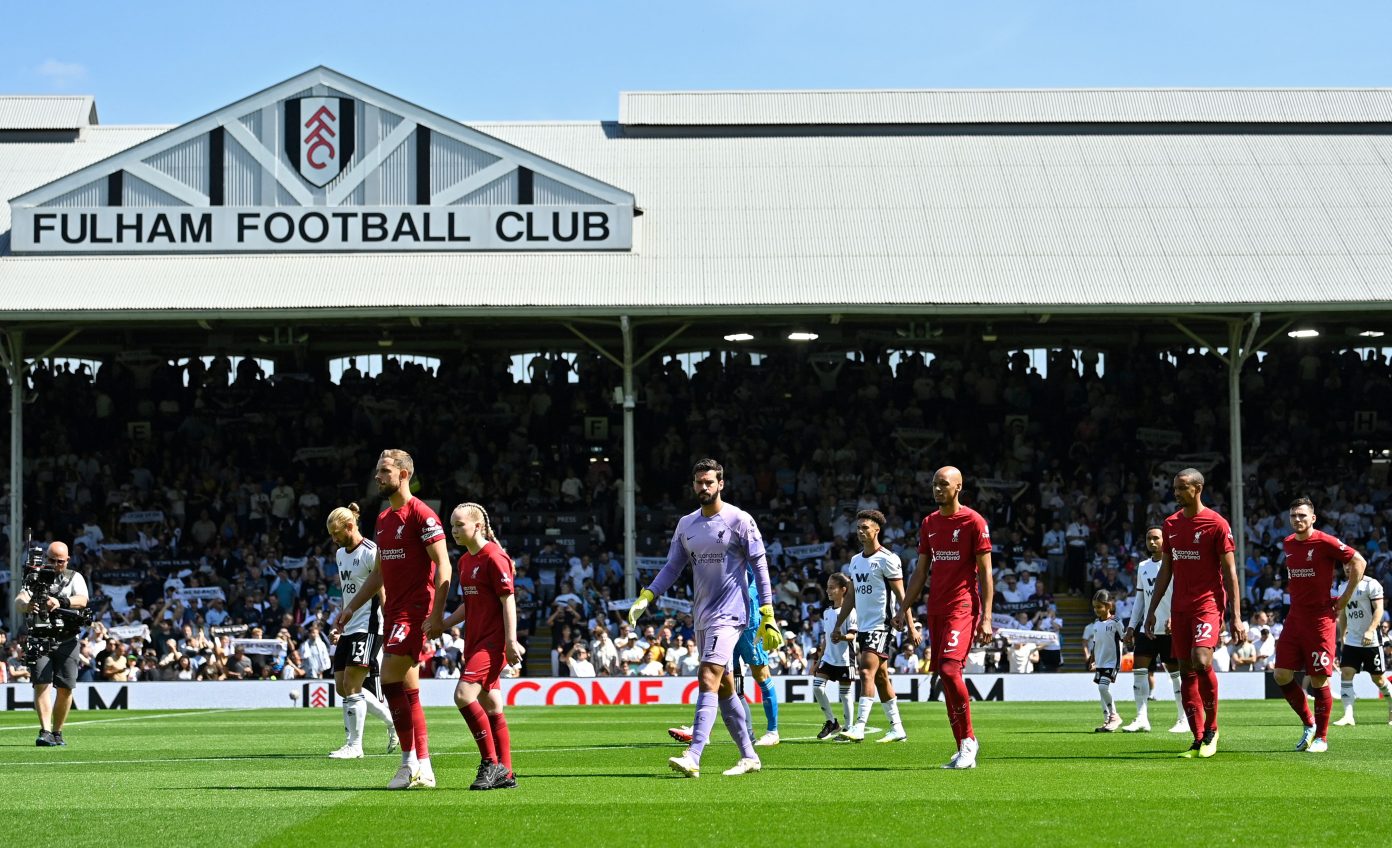 It is almost time for Liverpool to get the 2022/23 Premier League season started. We are a few hours away from kick-off at Craven Cottage in West London. The Reds open their new season at newly promoted (for the third time in four years) Fulham. The 12.30 BST kick is the first Premier League action of this opening Saturday of the fixture list.

Liverpool had a robust preseason that included a tour of Southeast Asia in the middle of July and a FA Community Shield triumph over Manchester City last weekend. Jürgen Klopp seems to have the team primed for another run at the top of the EPL table.

Summer signings will figure into this match at some point. One has to assume  Darwin Núñez will come on as a sub in the second half. Another question entirely is ifl Fabio Carvalho feature against his old side?

One thing we know for sure is that Alisson will be back in goal. Klopp confirmed that he was ready to go yesterday.

Here are the confirmed lineups for Liverpool’s first Premier League match of the season.

While the Reds need to be aware of the dangers of newly promoted teams like Fulham, they are definitely the better team on paper. Today will be the first chance for Liverpool to show the EPL that they mean business for 2022/23.
We think they will do just that. Our call is that the Reds welcome the Cottagers back to the Premier League with a 3-0 beating. Mohamed Salah has had a stellar preseason, expect him to continue his sublime play this afternoon.