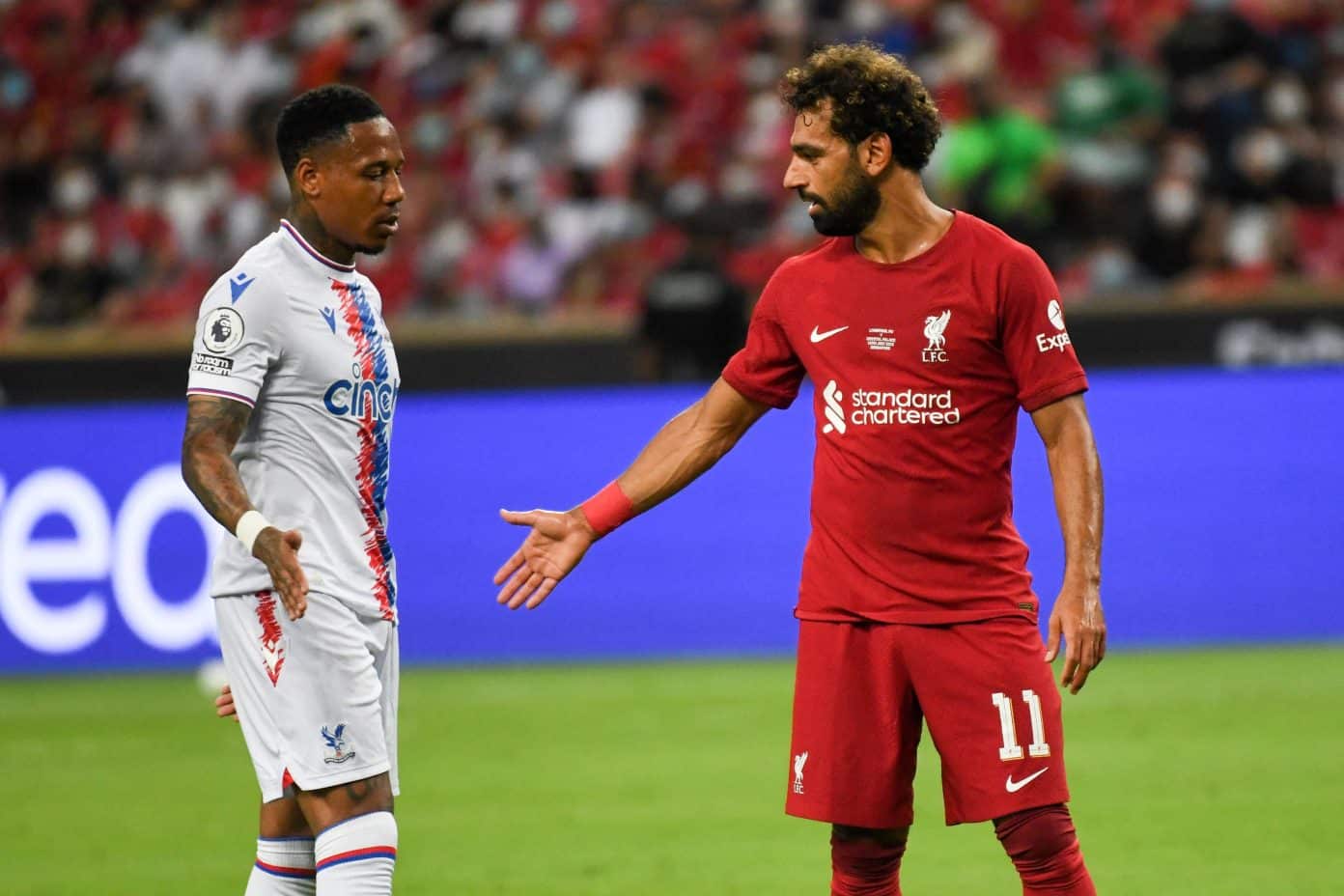 Liverpool continued its preseason schedule with a 2-0 victory over Crystal Palace in Singapore. Jordan Henderson scored for the Reds in the first half, and Mohamed Salah tallied another goal minutes after coming on as a second-half substitute.

Liverpool put on a show for the 50,000 plus fans who packed into the gorgeous National Stadium for the match. The crowd was overwhelmingly pro-Liverpool, even belting out a rousing pregame rendition of You’ll Never Walk Alone. This was the Reds’ first game in Singapore since 2009.

It was a really good pre-season performance for the Reds and a great bounce-back performance after the loss to Manchester United in Bangkok. The Reds were on the front foot for most of the game.

Henderson’s goal in the 12th minute was a lovely strike. He hit it clean past the Palace keeper from just inside the 18-yard box. The goal was set up as Harvey Elliot pulled the ball back off the goal line and found Henderson at the top of the box.

Elliot was one of the stand-out performers in the first half. James Milner also looked very engaged on the backline. The whole team responded well to what many thought was an underwhelming performance against United.

Crystal Palace could only manage to attack a few times on the counter and only managed one shot on goal the whole match. However, for a pre-season game nearly 7 thousand miles from home, both teams played at a very high level.

The Reds didn’t make it out of Singapore without some damage. Near the end of the first half, Alex Oxlade-Chamberlain sent a chance straight at Palace keeper Vincente Guaita. Immediately after, he pulled up lame and sat down on the pitch in obvious discomfort.

He was substituted immediately for Leighton Clarkson and disappeared into the Liverpool locker room. Jürgen Klopp would confirm after the match that the Ox had some kind of hamstring injury. It’s a bad break for Liverpool, you never want to see anyone injured, especially in a pre-season match.

At the half, Liverpool made a total side swap. 11 players for 11 players. That is something you will only see in an exhibition match. Some of the players coming on at the half included Mohamed Salah, Virgil Van Dijk and Andy Robertson. Also new signings Darwin Núñez and Fábio Caravalho.

Mo Salah didn’t wait long.  In the 46th minute, he sizzled it in, past Guaita off his left foot. It was set up by another second-half substitute Trent Alexander-Arnold. It was a pretty, one-touch pass that Salah took across the top of the box and then struck it.

From then on, Liverpool kept the pressure on Palace. Núñez looked up for it in his first action as a Red. He had one great chance headed in on the Palace goal, only to be saved by Guaita. In fact, despite making a bit of a mess of Salah’s goal, if it wasn’t for Vincente Guaita, the score could have been much worse for Palace.

Later on, in the second half, Liverpool made yet another round of substitutions. The Reds used a total of 31 players in the match. Palace brought on many young academy products in the second half, also. After the 70th minute, you could tell, the level of play dipped. Both teams went from being open and attacking to pragmatic and were clearly running out the clock.

All in all, it was a great night in Singapore for Premier League football. After the match goal scorer, Jordan Henderson said, “It was good to get the win, had a couple of good goals, but to come here and play in front of the fans in Singapore was really special for us, and we enjoyed it.”

Man of the Match

Since Liverpool used so many players, it’s hard to pin one man down as the Man of the Match. However, Mohamed Salah was electric at the beginning of the second half. He tallied the Reds’ second goal only minutes after entering the match.

The Egyptian King was also the crowd favourite, with the Singapore Reds supporters roaring every time he was shown on the screens in the National Stadium. So there it is, as voted on by the people of Singapore, your MOTM, Mohamed Salah.

Disclaimer: Video provided by Palace TV / Crystal Palace FC. The broadcaster may have geo-restrictions on the content. Liverpool highlights, goals and full match videos are provided and hosted by external sources. We help you discover publicly available material and act as a search engine. We do not host or upload this material and are not responsible for the content.
Share This Article