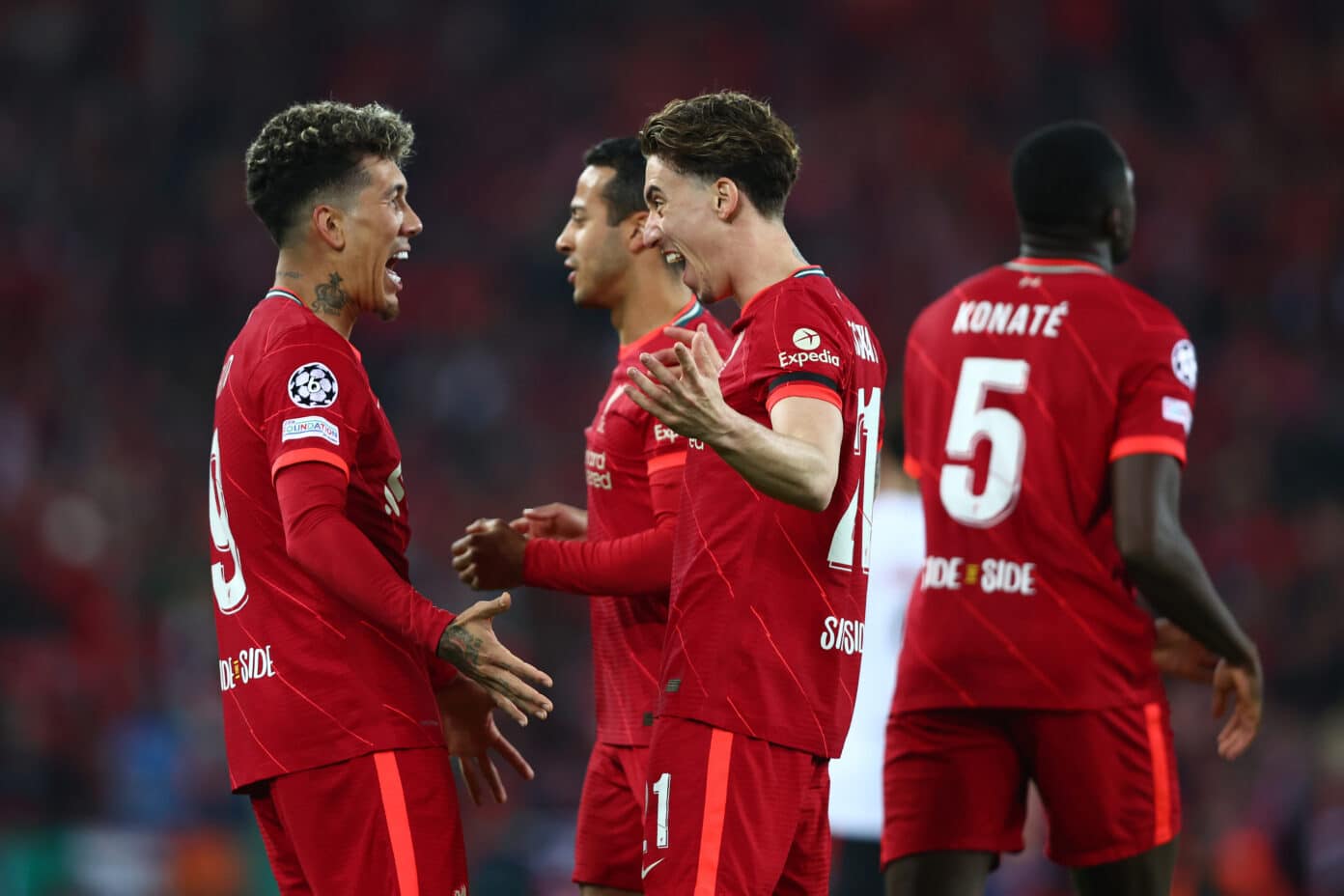 Liverpool progressed to the Champions League semi-finals following a 3-3 draw against Benfica on Wednesday night that saw them clinch a 6-4 win on aggregate.

Both sides went into the break on level terms following an eventful first half as Ibrahima Konate's headed opener midway through the half was cancelled out by a Goncalo Ramos strike from the edge of the box.

But Liverpool showcased their superiority in the second half as two close-range efforts by Roberto Firmino put them 3-1 up before Roman Yaremchuk pulled one back for the Portuguese side.

A late strike by Darwin Nunez gave the visitors renewed hope, but it wasn't to be as it ultimately finished 3-3 on the night and 6-4 on aggregate, with the Reds set to meet Villarreal in the last four of the competition later this month. 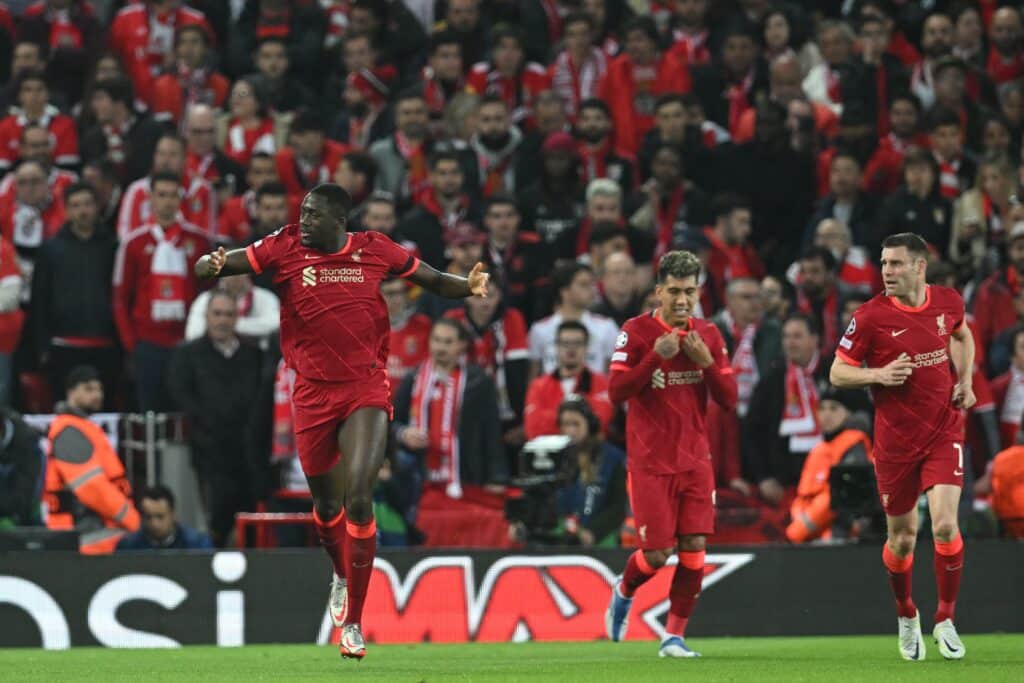 Jurgen Klopp made seven changes from the 2-2 draw with Manchester City on Sunday, with only Alisson, Joel Matip, Jordan Henderson and Diogo Jota retaining their place in the starting eleven.

Benfica had the first real effort of the evening as a quick Benfica counter-attack saw the ball shifted to Everton down the right before the Brazilian whipped a strike towards the far corner, but the angle of the effort was always moving to swerve off target.

The Reds had a penalty shout turned down shortly after as Jota combined with Roberto Firmino inside the box and looked to latch onto his pass. Jota beat goalkeeper Odysseas Vlachodimos to the ball before being brought down, but there was no intervention from either the referee or VAR.

Firmino was involved again as he fed in the lively Luis Diaz down the right, with the former Porto man exhibiting his pace on the outside before driving a low cross into the box, but Vlachodimos intercepted before James Milner could tap in from inside the six-yard box.

It didn't take long for Liverpool to tighten their grip on the tie as goalscorer from the first leg, Ibrahima Konate, met Kostas Tsimikas' out-swinging cross before heading the ball into the back of the net to make it 1-0 on the night and 4-1 on aggregate. 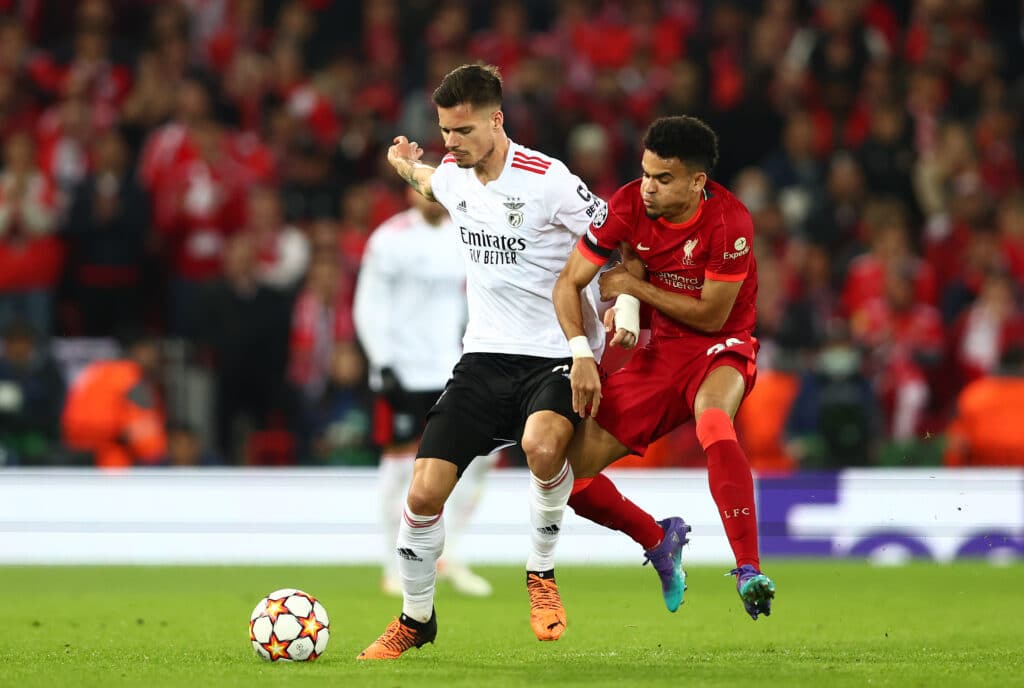 Darwin Nunez had the ball in the net a minute later as the visitors thought they had found an instant response but their celebrations were cut short with the linesman rightly flagging for offside.

An excellent drop of the shoulder to change direction from Diaz saw him create space at the edge of the box before striking a powerful effort at goal, but Vlachodimos comfortably got behind the ball to punch behind.

The Reds could have doubled their advantage as Diaz kept the ball in play and found Firmino from close range, but his goalbound header deflected off Jan Vertonghen before going behind.

Benfica pulled one back just after the half-hour mark as the ball fell to Goncalo Ramos at the edge of the box following a 50-50 between Milner and Pedro Goncalves, with Ramos taking a touch and dispatching an excellent finish past Alisson at the near post to make it 1-1.

Liverpool looked certain to nudge ahead as the goalkeeper was caught in no man's land with Firmino bearing down on goal, but the Brazilian's prod across goal towards Diaz was agonisingly intercepted by Alex Grimaldo. 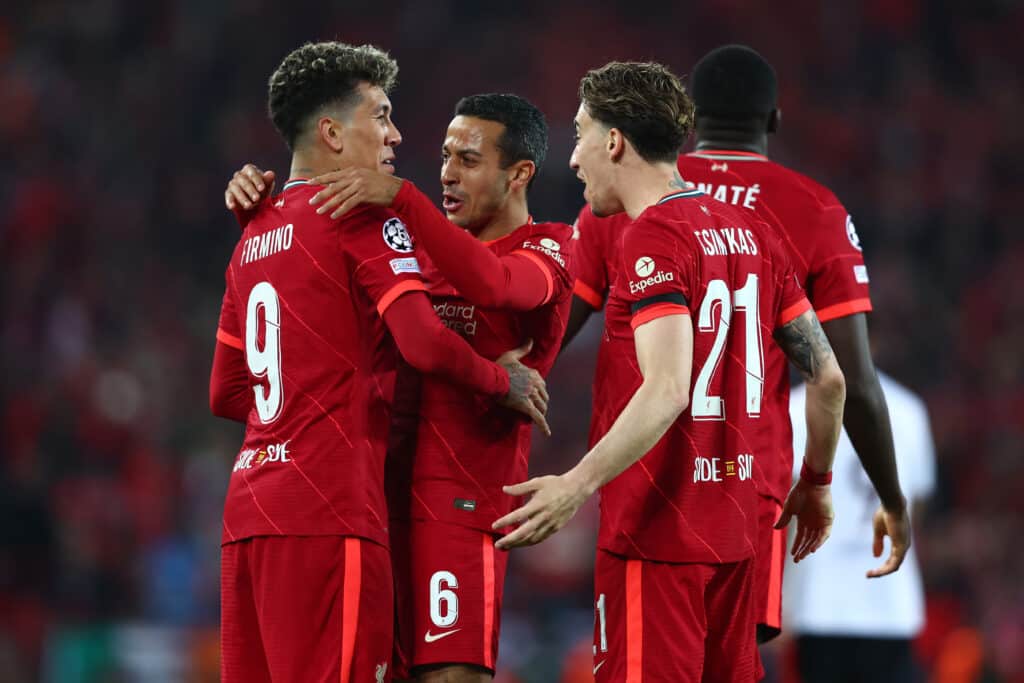 Liverpool re-took the lead less than ten minutes after the restart as calamitous defending from the visitors led to Jota sending a ball in from the left towards Firmino, who tapped home with ease to make it 2-1.

Jota, Milner and Jordan Henderson then made way for Mohamed Salah, Thiago and Fabinho as the boss spread the minutes through the squad, and it didn't take long for the Reds to then solidify their passage into the semi-finals.

It was Firmino once again as a superb cross towards the far post from a set-piece by Tsimikas was met by the Reds forward, who finished first-time past Vlachodimos to give Liverpool a 6-2 lead on aggregate.

Benfica reduced the deficit with a little under 20 minutes left as Roman Yaremchuk got on the end of Grimaldo's through ball before rounding Alisson and sliding the ball into the back of the net to make it 3-2 on the night.

The Portuguese side levelled the scores through Nunez, who initially saw his smart finish ruled out for offside in the build-up, but VAR intervened to rule the goal legitimate to give Benfica a late lifeline, although Nelson Verissimo's side still required two goals in the final stages.

Substitute Sadio Mane had the ball in the net after being found by Salah, with the linesman immediately flagging for offside, before Salah had a curling effort at goal go just inches wide of the far post.

Nunez had yet another goal ruled out for offside in added time as it ultimately finished 3-3 on the night, with the Reds sealing a 6-4 win on aggregate to set up a semi-finals tie against Villarreal later this month.