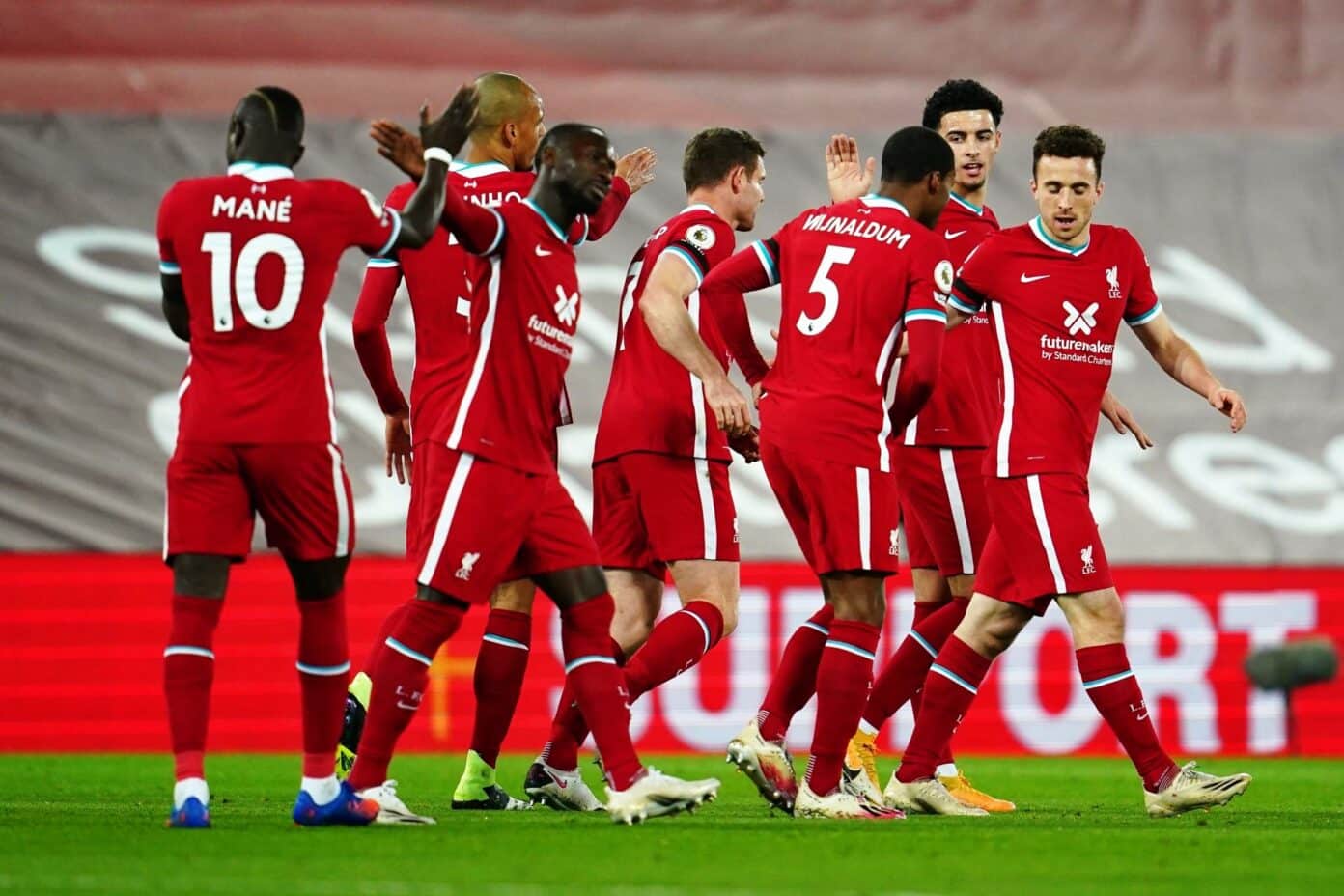 Liverpool set a new club record as they beat Leicester City 3-0 thanks to goals from Diogo Jota and Roberto Firmino.

The Reds made it 64 games unbeaten in the league at Anfield - breaking the previous record from over 40 years ago - as they clinched another three points against Brendan Rodgers' side on Sunday night.

Liverpool went ahead through a Johnny Evans own-goal before Diogo Jota doubled the lead before half-time. Roberto Firmino sealed the win with a header from James Milner's corner in the closing minutes. 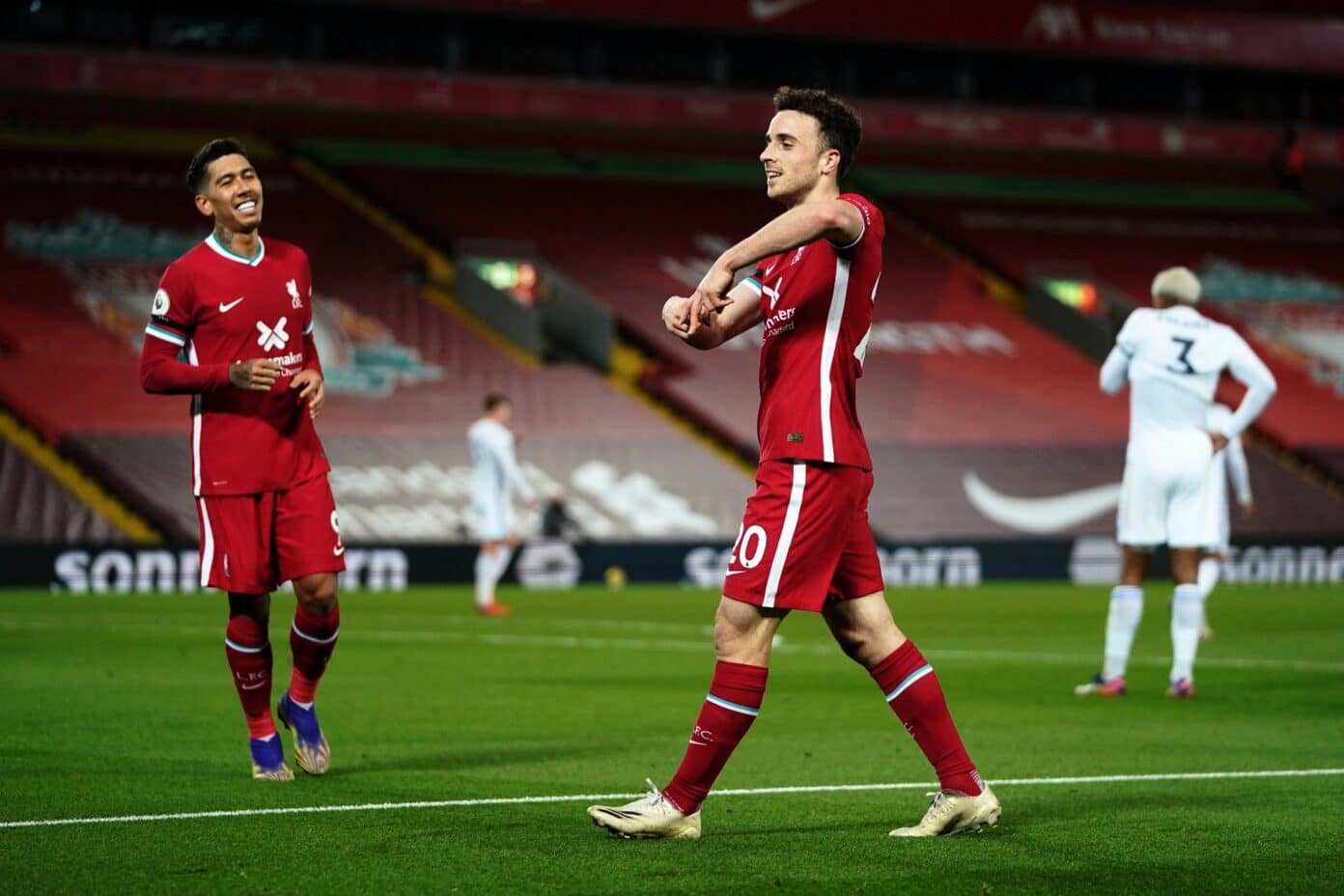 While injuries continue to plague the Reds, there was a welcome return of Fabinho, who started alongside Joel Matip in defence. James Milner replaced the injured Trent Alexander-Arnold at right-back, while there were starts for Naby Keita and Curtis Jones in midfield.

The rhythm of the game was clear from the off as the Reds dominated possession and saw efforts through Jones and Keita, with the latter particularly lively around the edge of the box.

The Reds took the lead in fortunate circumstances as Johnny Evans misjudged his header from Milner's corner and turned the ball into the back of his own net, putting the Reds 1-0 up.

Liverpool had the ball in the back of the net again a few minutes later but it was immediately ruled as a combination of Diogo Jota and Roberto Firmino impeded goalkeeper Kasper Schmeichel on the goal-line.

The visitors nearly levelled through Harvey Barnes, who drifted into the box and attempted to find the net with a first-time effort, but the winger failed to direct the ball on target. 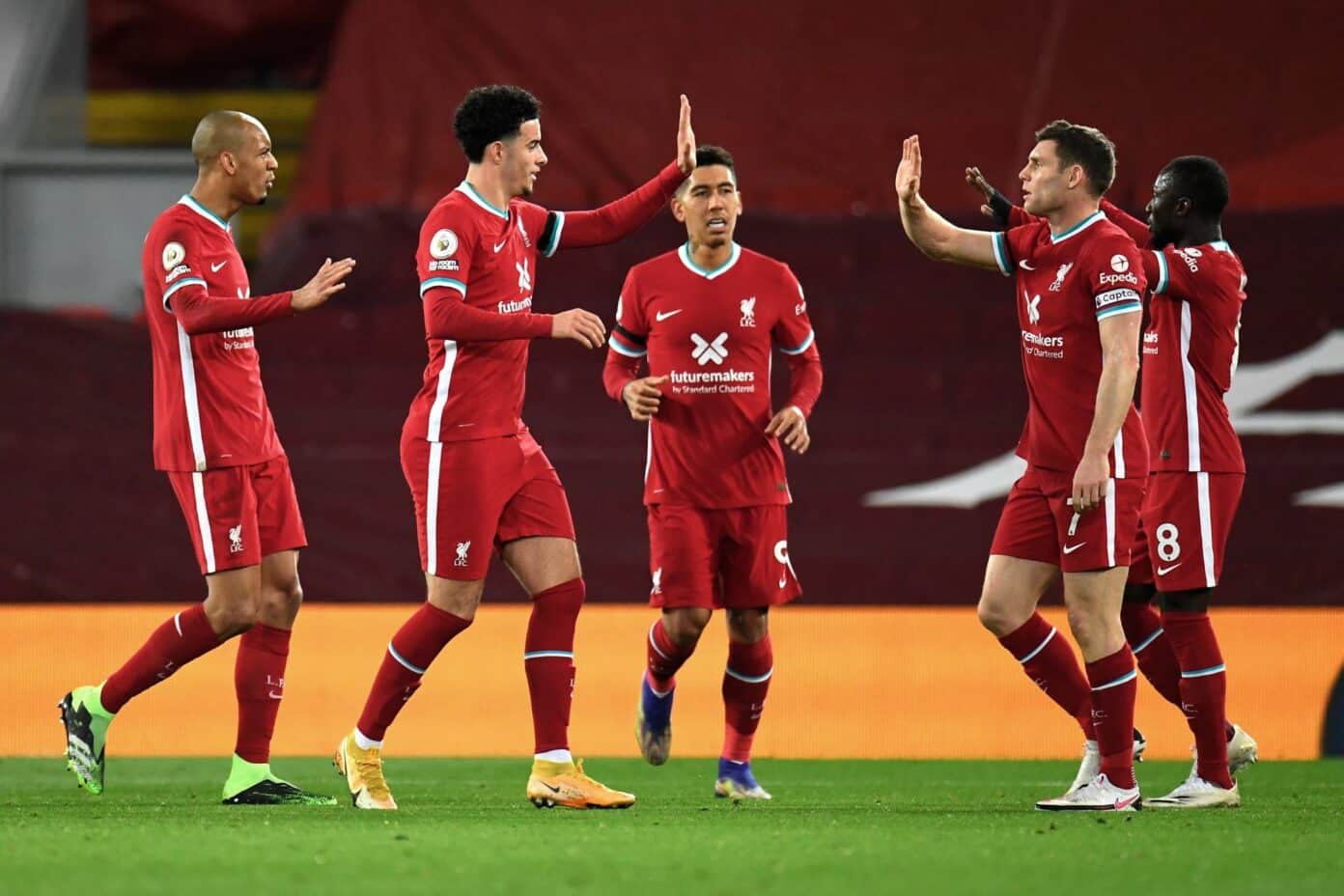 Liverpool consolidated their lead just before the break as Jota became the first Reds player to score in his opening four Anfield appearances.

Andy Robertson sent in an excellent cross towards the front-post, with Jota getting in front of the defenders and expertly glancing the ball into the back of the net to make it 2-0 at half-time.

The Foxes started brightly after the interval but lacked the final ball as they attempted to up their intensity and attacking intent.

Liverpool suffered yet another blow as Keita winced and pulled up with a suspected hamstring injury, with youngster Neco Williams coming on and Milner moving into midfield.

Mane had a superb chance to make it 3-0 after he was played through by Milner, but Schmeichel read the forward's attempt to find the far corner and got a strong hand to deny him.

Jota continued to cause problems for Leicester in the second half as a combination of him and Firmino nearly forced Evans into a second headed own-goal, but the ball crashed off the post.

A remarkable sequence of play saw Firmino hit the inside of the post and his rebound cleared off the line before Mane hit the woodwork with his follow-up shot, with the Reds so unlucky not to make it three.

But the Brazilian got his goal less than five minutes from time as he sealed Liverpool's victory with an excellently-guided header into the corner, leaving Schmeichel with no chance.

The result sees Liverpool leapfrog the Foxes in the table as Jurgen Klopp's side go second with 20 points after their first nine games, with only Tottenham ahead in goal difference.

The Reds are in action next on Wednesday night as they welcome Atalanta to Anfield in the Champions League.