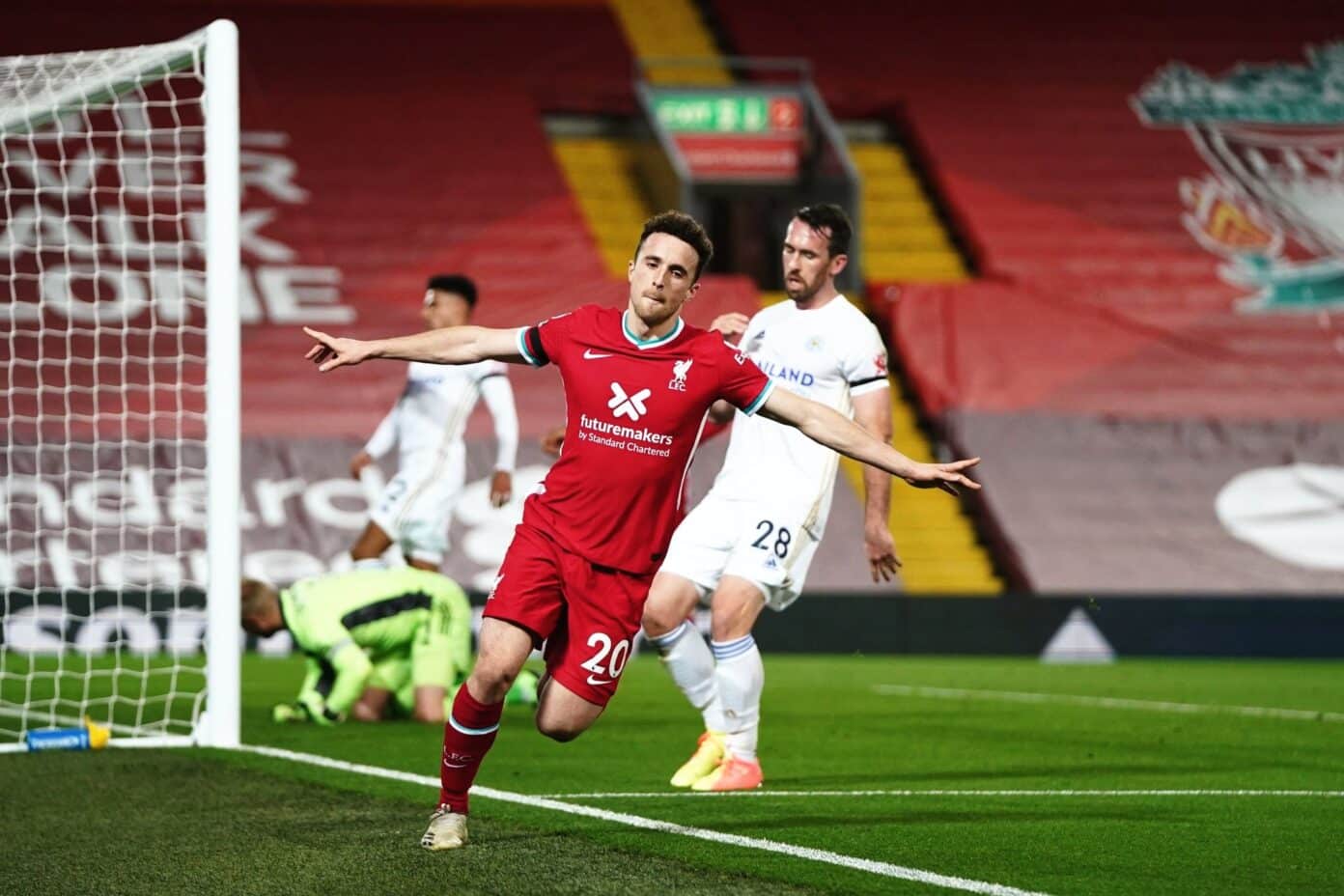 Liverpool vs Leicester City highlights - All the goals and highlights from Anfield as Liverpool beat Leicester 3-0 on Sunday night.

It was a successful evening for the Reds, who set a new club record for most consecutive games unbeaten at Anfield with 64, as they earned three points against Brendan Rodgers' side.

They made the breakthrough inside 25 minutes as James Milner's corner was headed into the back of his own net by Johnny Evans, giving the Reds a deserved lead.

Liverpool made it two just before the break, with Jota getting on the end of Andy Robertson's tempting cross and becoming the first Reds player to score in his first four Anfield appearances.

There was more bad news on the injury front as the otherwise impressive Naby Keita pulled up with a suspected hamstring injury, with Neco Williams coming on just after the break.

Liverpool continued to probe as the half wore and they found their third in the final minutes as Roberto Firmino headed home Milner's corner to seal all three points.

The Reds move up to second in the table, behind only Tottenham on goal difference after nine games so far this season.

Disclaimer: Liverpool vs Leicester highlights, goals and full match videos are provided and hosted by external sources. We help you discover publicly available material and act as a search engine. We do not host or upload this material and are not responsible for the content.