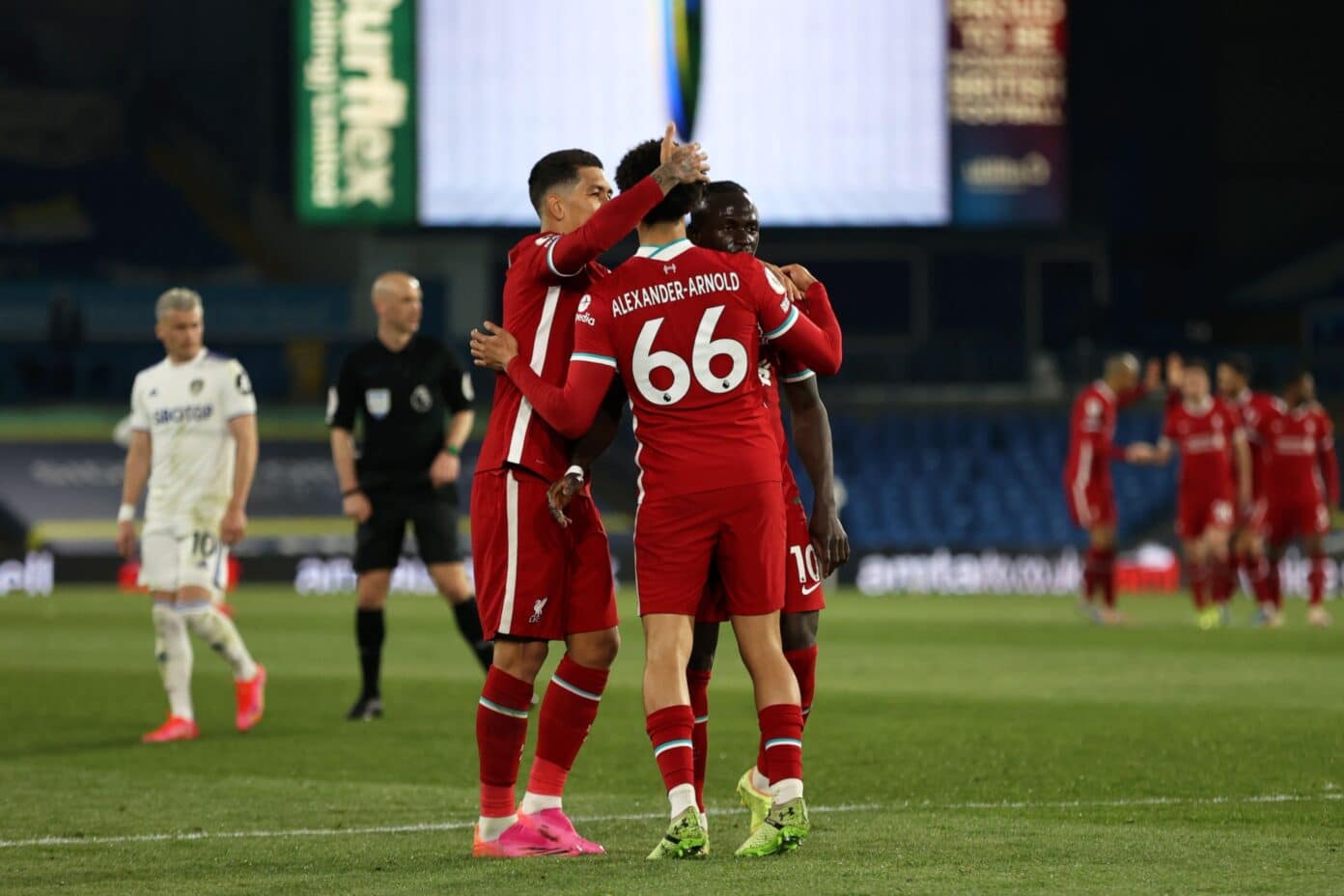 Jurgen Klopp made two changes as Thiago returned in midfield and Diogo Jota replaced Mohamed Salah in attack, with Fabinho moving back into defence following a knock to Nathaniel Phillips.

The Reds made a sharp start to the game and immediately looked like the side in the ascendency, with Klopp's side having much more of the ball and ensuring the hosts had no time or space on the ball.

Jota looked bright in attack down the right alongside full-back Trent Alexander-Arnold, with the Reds looking to target Ezgjan Alioski at left-back and get behind the Macedonian international.

The Reds were rewarded for their sprightly early display and it was set up by the threatening duo as an excellent through-ball by Jota found Alexander-Arnold, who pulled the ball back for Sadio Mane, who made no mistake with a first-time finish to end his goals drought.

But Leeds fared far better in the second half despite chances for the Reds to double their advantage, with Alisson forced into making a couple of crucial saves and Patrick Bamford hitting the crossbar.

Marcelo Bielsa's side finally found a deserved leveller through Diego Llorente, who headed home from Jack Harrison's pacy corner three minutes from time to hold the Reds to a point.

It's a missed chance for Liverpool, who could have moved ahead of West Ham into fourth place with 55 points, but instead, Klopp's side remain in sixth, two points adrift of a place in the top four.