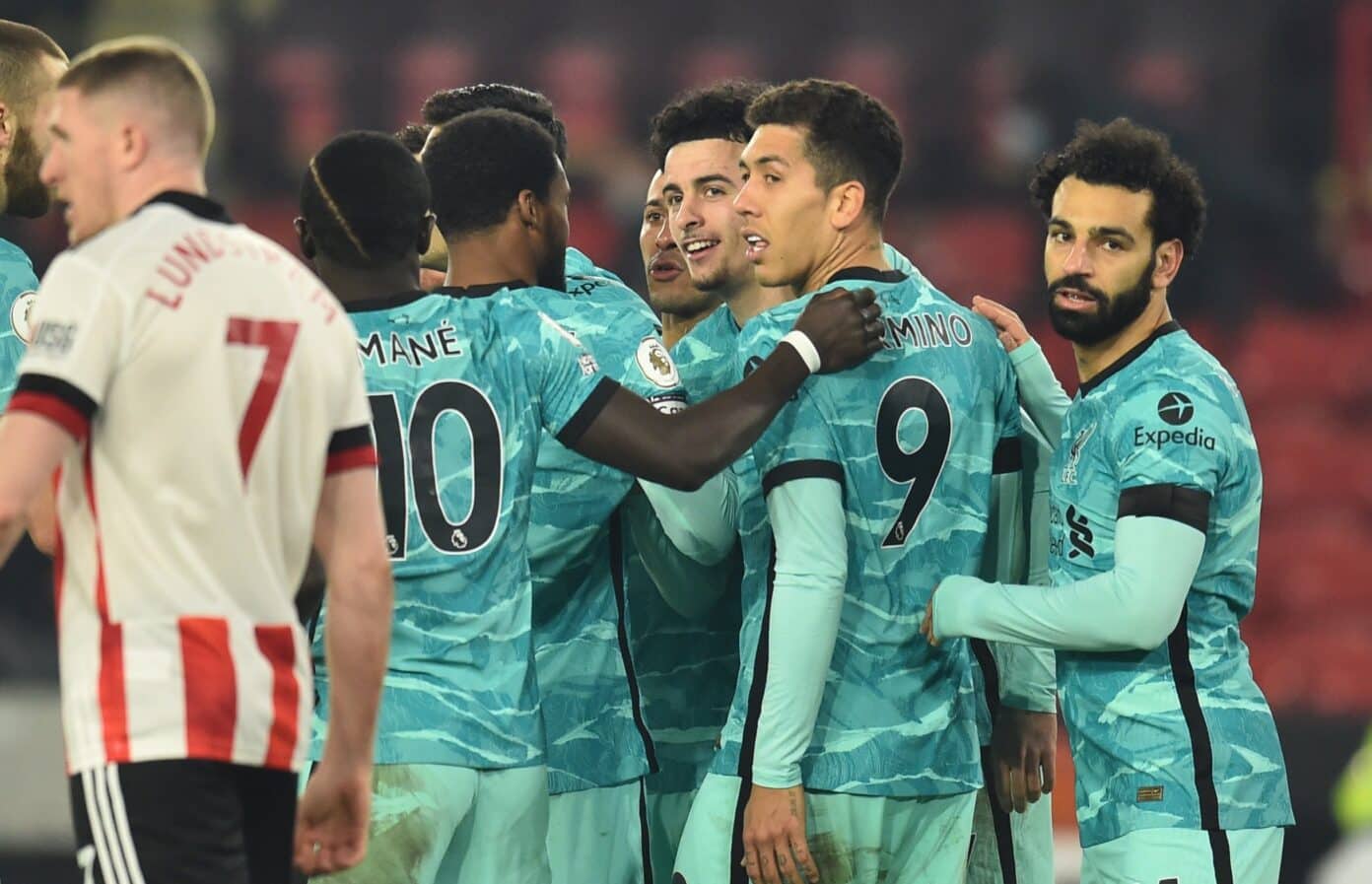 Liverpool created plenty of chances but they lacked the finishing touch as the two sides went into the break level after an action-packed first-half that also saw an Ozan Kabak's own-goal ruled out in fortunate circumstances.

The Reds stepped it up in the second half and Curtis Jones scored the breakthrough early on before Roberto Firmino's deflected effort made its way into the back of the net to give Liverpool a comfortable 2-0 win.

It's a much-needed result for Jurgen Klopp's side, who now sit a point below fifth-placed Chelsea - before the two sides' meeting later this week - and two points below West Ham United who currently take up the last top-four spot. 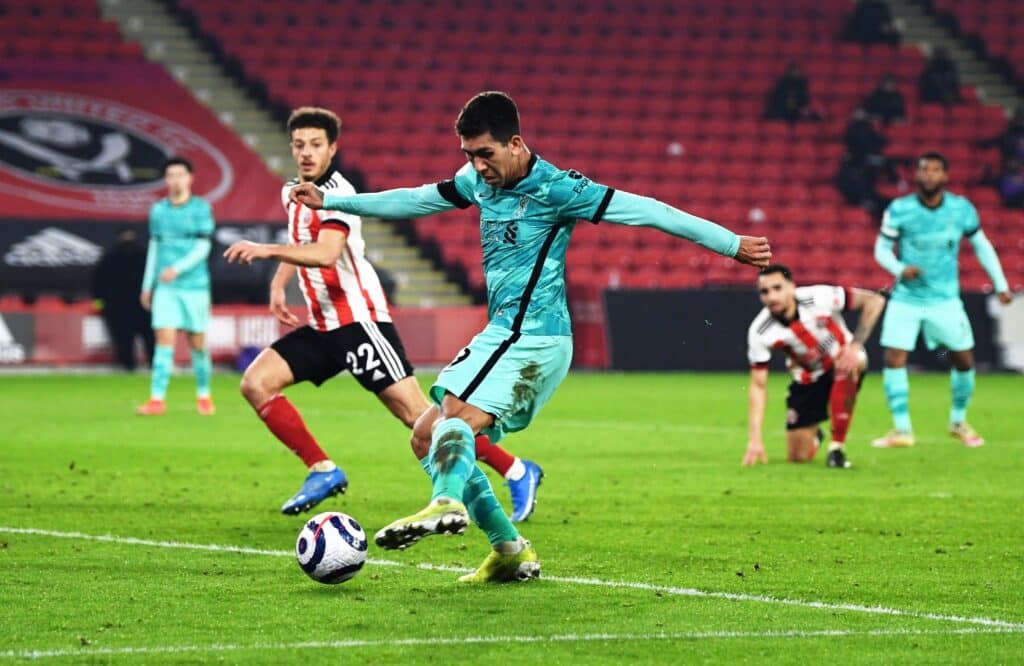 The Reds boss made two changes as Adrian replaced Alisson between the sticks and Nathaniel Phillips came into the side for the injured Jordan Henderson.

Adrian was called into action early on as David McGoldrick got a header on target after creeping in behind Sadio Mane, with the hosts looking to make a quick start.

Roberto Firmino should have scored to make it 1-0 after the ball ricocheted in his direction and saw him go through on goal, but his shot was too close to goalkeeper Aaron Ramsdale as the Reds’ first chance went begging.

An excellent ball by Trent Alexander-Arnold found Curtis Jones inside the box but the youngster was unable to get his shot off as Ramsdale got down to thwart him.

Liverpool dominated proceedings but their lack of ruthlessness continued to frustrate as Ramsdale denied the Reds on another two occasions.

Mohamed Salah first saw his shot from a tight angle saved before Alexander-Arnold’s rasping strike from inside the box was palmed behind by the Blades shot-stopper. 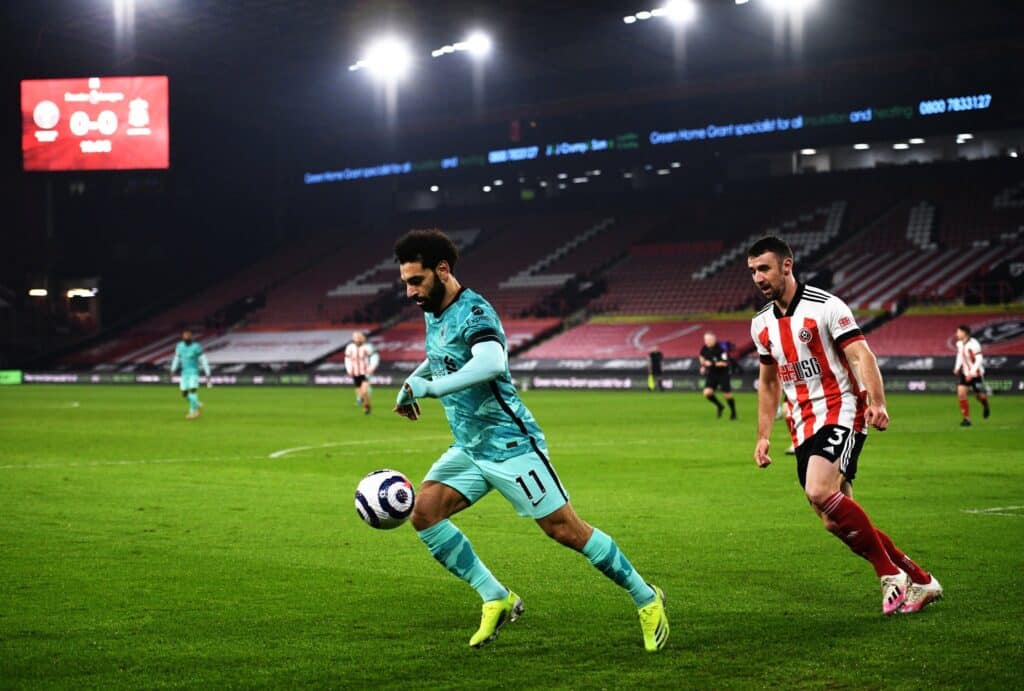 Ozan Kabak breathed a huge sigh of relief after rolling the ball into the back of his own net in an attempt to intercept Oli McBurnie, but the goal was disallowed with the striker in an offside position in the build-up.

The Reds looked certain to take the lead as Ramsdale pushed Gini Wijnaldum’s powerful strike into the path of Firmino, who aimlessly squared the ball rather than take the shot as the two sides entered the break level.

It took less than three minutes of the second half for Liverpool to find the crucial breakthrough as Alexander-Arnold kept the ball in play and found Jones from the byline, with the Reds youngster smashing the ball into the back of the net to make it 1-0.

Mane thought he’d made it two just a few minutes later after being played in by Andy Robertson, but the Senegal international was flagged offside before tucking the ball home. 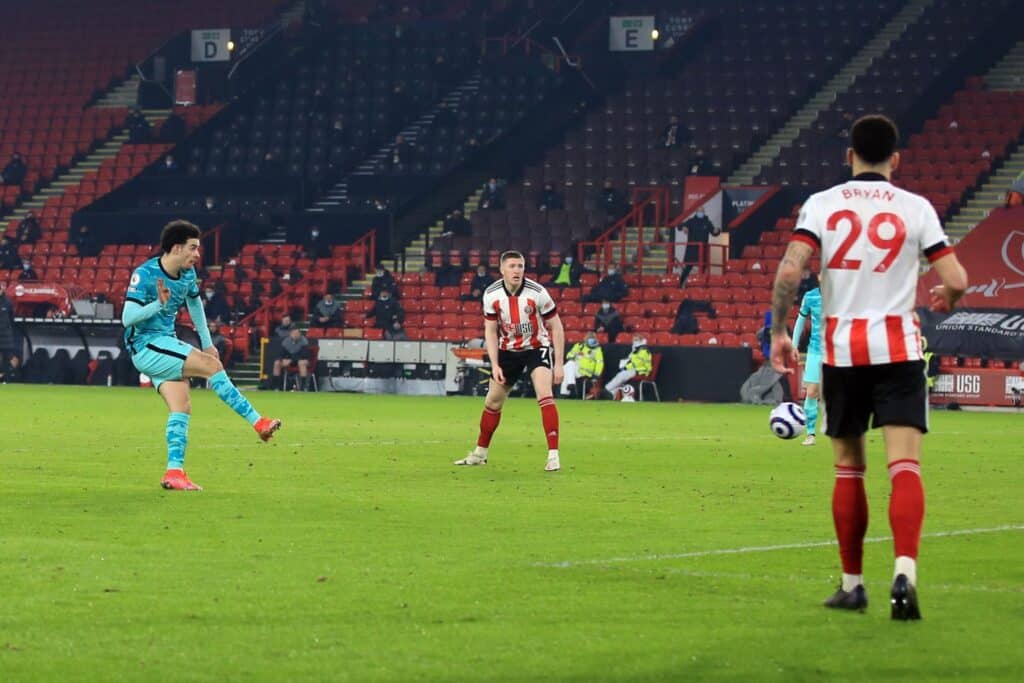 The Blades were buoyed by a double substitution as they looked to claw themselves back into the game. However, instead, the Reds consolidated their advantage as they went 2-0 up with less than 30 minutes left.

Jones was heavily involved in the build-up as Firmino made space at the edge of the box and took a strike which deflected off Kean Bryan and into the back of the net as Liverpool looked on their way to victory.

Jones made way for Keita in the latter stages as the Guinean made his first appearance for the Reds this year, having been sidelined since the 7-0 win over Crystal Palace in December.

Salah could have made it three but it wasn't to be as the Reds eventually ran out 2-0 winners in comfortable fashion, giving them a valuable three points ahead of this week's encounter against Chelsea.