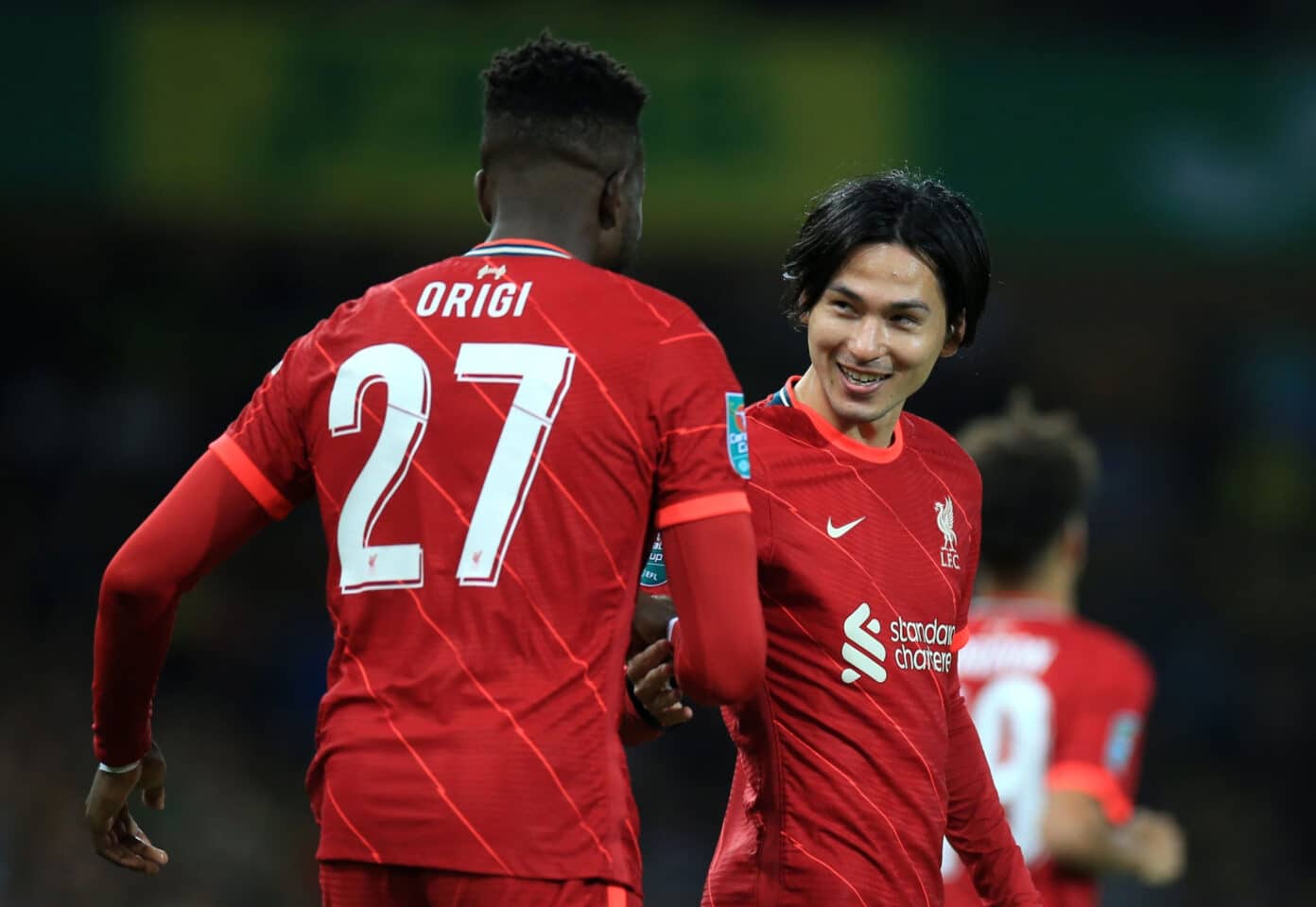 Liverpool progressed to the fourth round of the Carabao Cup after defeating Norwich City 3-0 at Carrow Road on Tuesday night.

Kostas Tsimikas' cross at the start of the second half was headed home by Divock Origi to double the Reds' lead before Minamino sealed victory with his second of the game late on.

The result means Liverpool book their place in the fourth round, with the draw set to take place following tomorrow night's fixtures. Next up, the Reds travel to newly-promoted Brentford in the Premier League on Saturday afternoon. 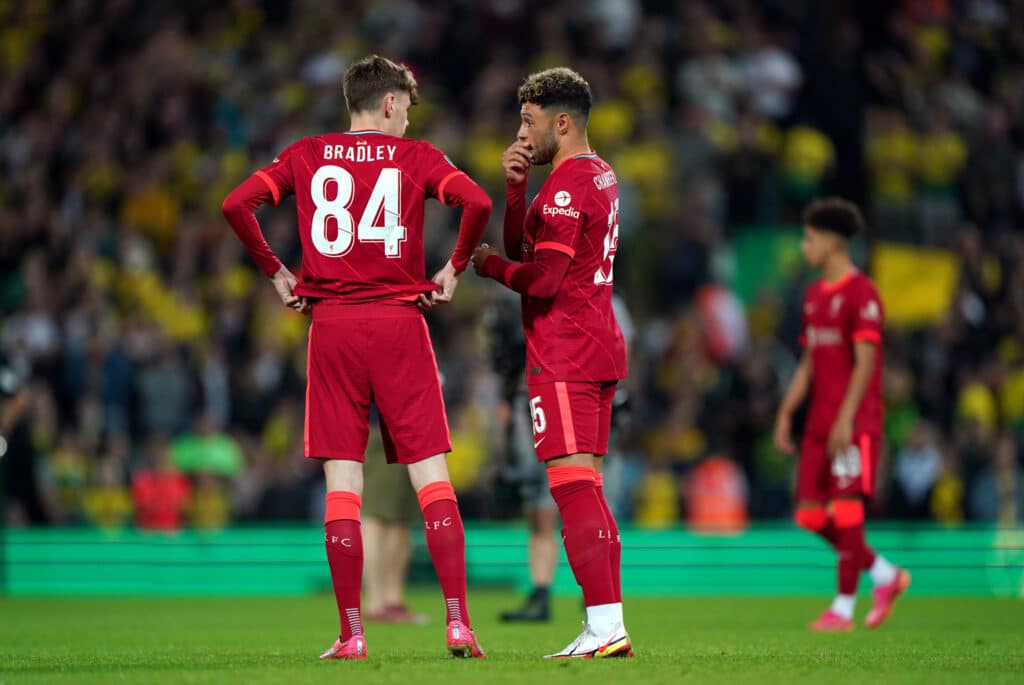 There were senior debuts for Conor Bradley and Kaide Gordon as Jurgen Klopp made nine changes to the side from the weekend, with only Ibrahima Konate and Kostas Tsimikas retaining their place in the starting eleven.

Liverpool went ahead inside four minutes as Divock Origi’s knockdown from a corner was met by Takumi Minamino, who swivelled and found the back of the net with a superb finish through Angus Gunn's legs.

The Reds made life extremely difficult for the hosts, with Klopp's side in total control of the game and threatening through Tsimikas' dangerous deliveries down the left - one that saw Konate head over by a matter of inches.

Liverpool continued to move the ball around, with the trio of Alex Oxlade-Chamberlain, Naby Keita and Curtis Jones all over their Canaries counterparts in the middle of the park.

16-yer-old Gordon showed flashes of brilliance down the right, with one particular moment seeing him beat his man and cut inside before getting a near-post strike off, only for the ball to go the wrong side without troubling Gunn. 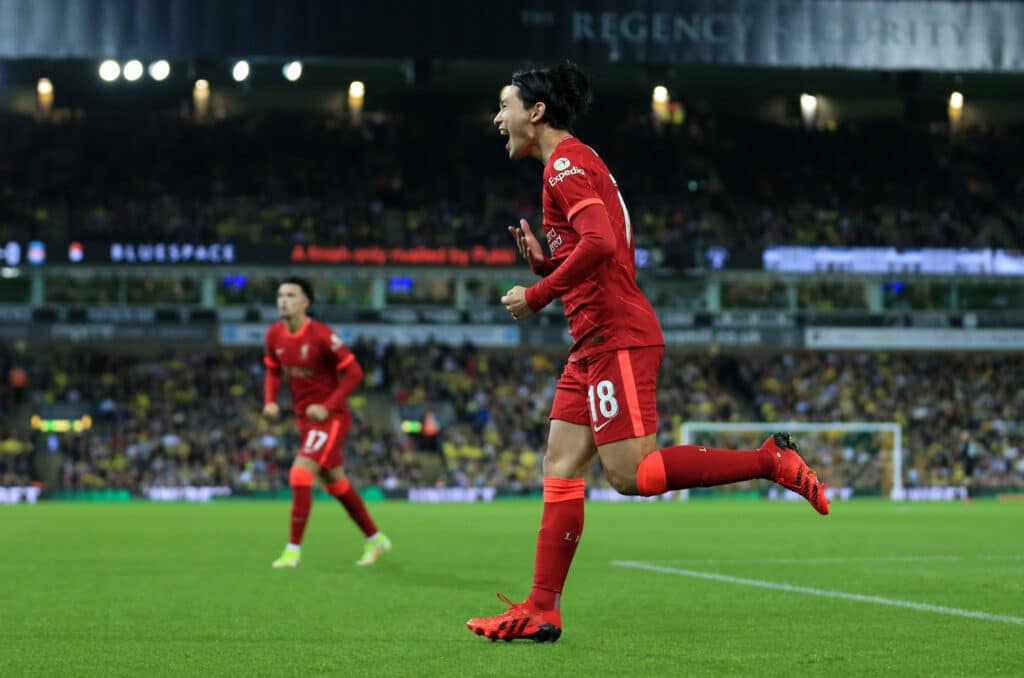 Daniel Farke's side fought their way into the game as the half wore on and a clever move down the left saw Chelsea loanee Billy Gilmour set up Adam Idah, but his sidefoot finish was comfortably collected by Caoimhin Kelleher.

Norwich were given the opportunity to get back on level terms as debutant Bradley brought down Dimitris Giannoulis inside the box. But Kelleher denied Christos Tzolis from the spot and Joe Gomez dealt with the rebound as the Reds' advantage remained intact.

18-year-old Tyler Morton came on at the break to replace Naby Keita as he became the third debutant of the day, although there remains some initial concern that the Guinean may have picked up a knock.

Pierre Lees-Melou had a golden opportunity for Norwich just seconds after the restart after Bradley was dispossessed down the right, but the French midfielder failed to trouble Kelleher despite looking certain to turn the ball home.

Liverpool then grabbed the all-important second goal of the game just a few minutes later as Tsimikas made his way down the left and picked out Origi with a stellar cross, with the Belgian nodding the ball home to net his first Reds goal in nearly a year. 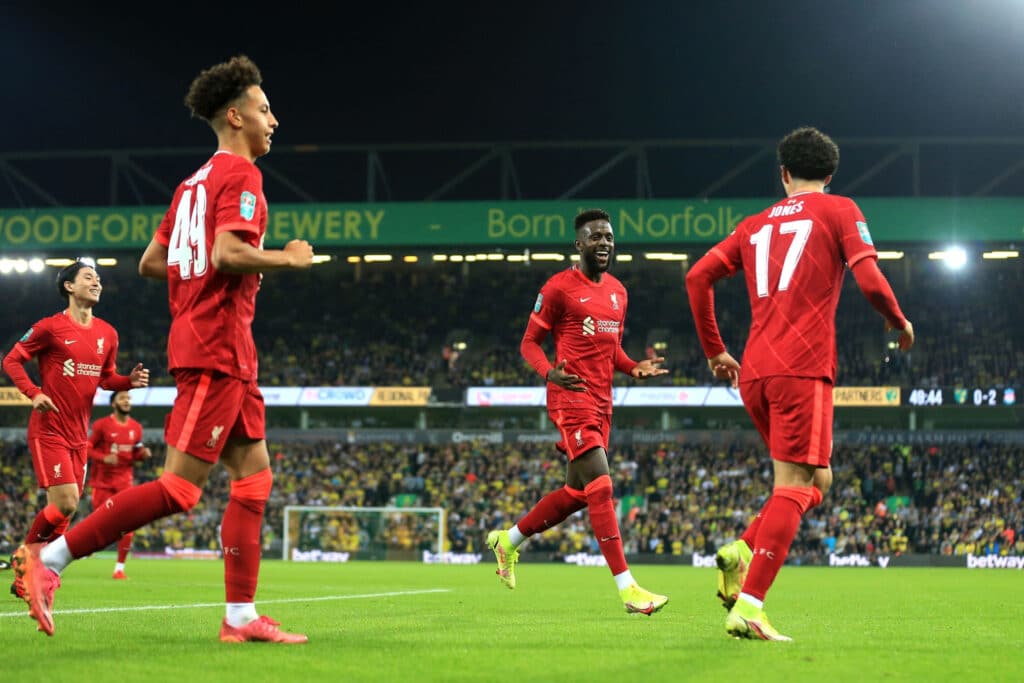 Tsimikas was then withdrawn as Klopp brought on Andy Robertson for his first League Cup appearance in four years, with the Scotsman needing some minutes after returning from injury.

Liverpool didn't need to get out of second gear for much of the remainder of the half, with the travelling Kop revelling in their side's dominance.

The Reds made sure of victory through Minamino, who netted his second of the game after taking the ball off Oxlade-Chamberlain and cleverly finishing past Gunn to make it 3-0 to Liverpool.

Skipper Jordan Henderson came on to replace Jones in the final minutes as the Reds saw out the game and sealed progression into the fourth round with a successful second outing of the season at Carrow Road.

Next up, a trip away to Brentford in the Premier League on Saturday afternoon as Liverpool look to keep their momentum going at the start of the campaign.