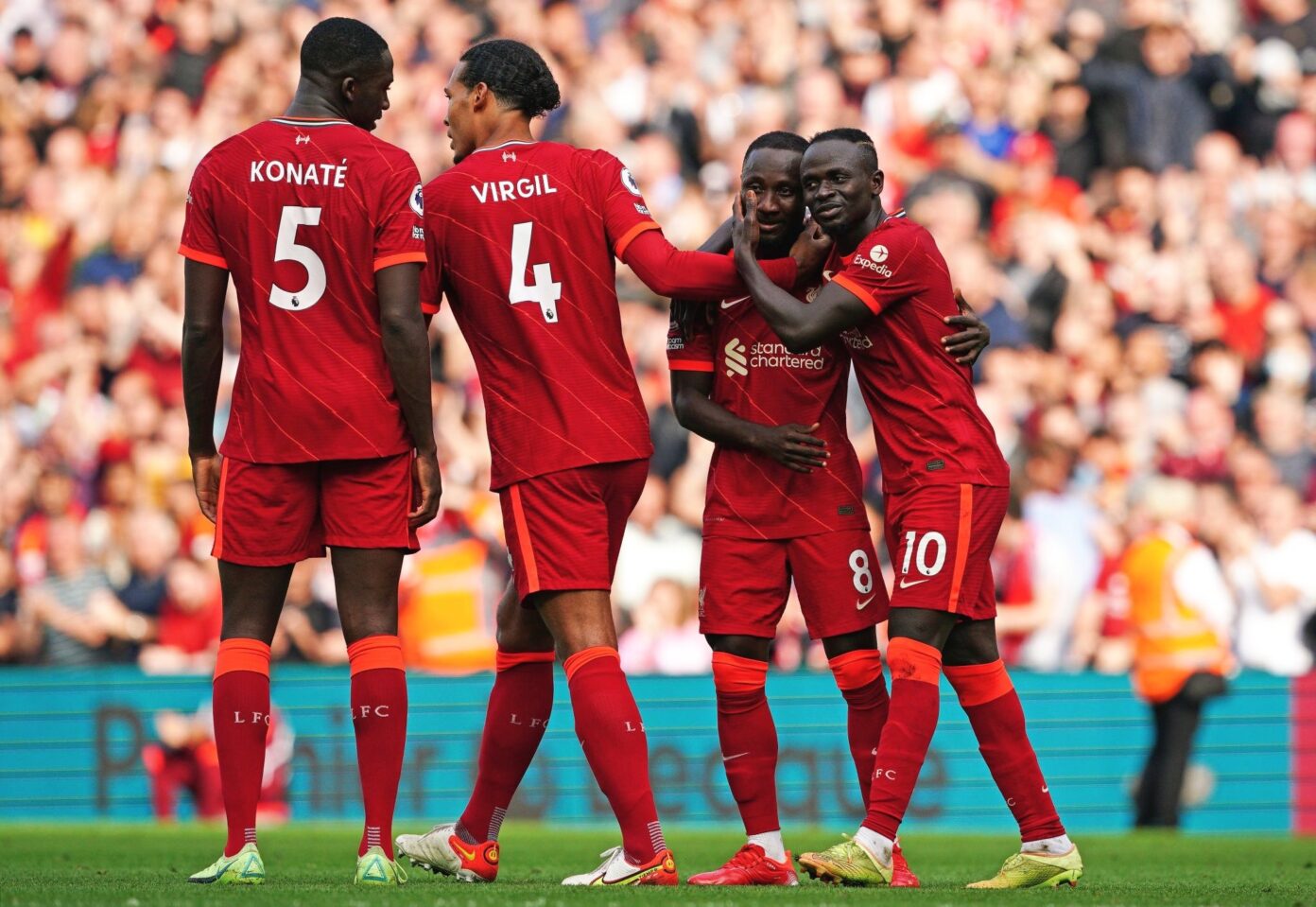 Liverpool beat Crystal Palace 3-0 at Anfield thanks to goals from Sadio Mane, Mohamed Salah and Naby Keita as the Reds went top of the league.

The Reds went into the break a goal up despite the visitors threatening to bag the opener, with Sadio Mane netting his 100th goal in a Liverpool shirt.

There were more nervy moments in the second half as Palace looked for an equaliser, but Mohamed Salah and then Naby Keita both slotted home inside the final 15 minutes to seal all three points for Jurgen Klopp's side.

The result means the Reds sit at the top of the Premier League table after five games, having scored 12 goals and conceding just one so far. 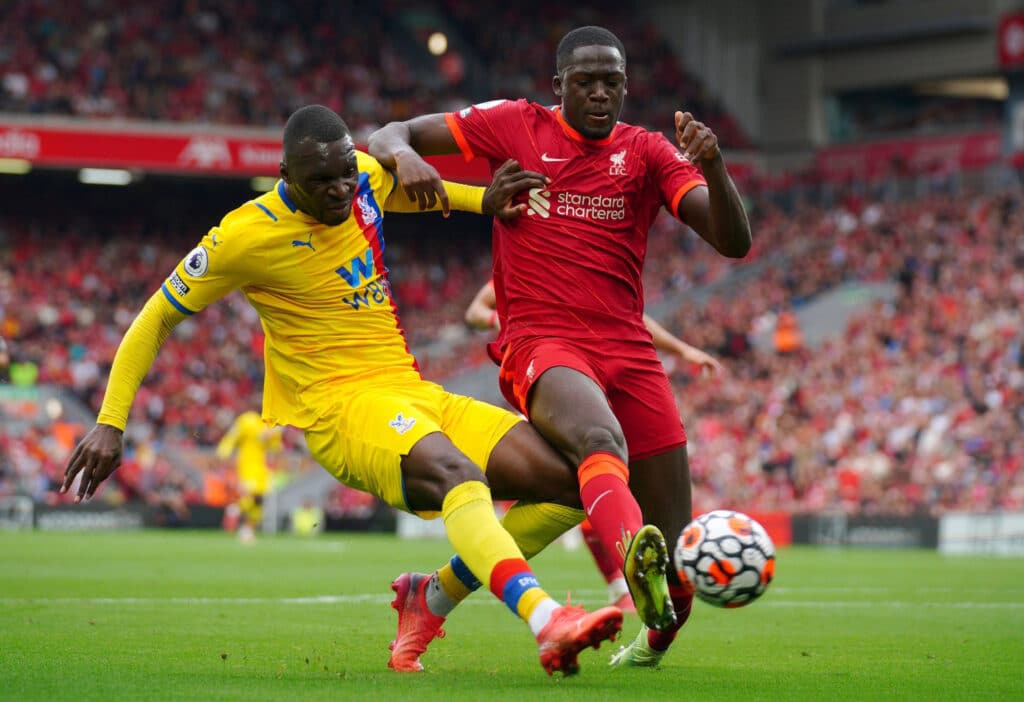 Klopp rung the changes from midweek's Champions League clash against AC Milan as he named an entirely new back-line, with James Milner, Ibrahima Konate (making his debut), Virgil van Dijk and Kostas Tsimikas all involved from the off.

Thiago also returned in the middle of the park, whilst Divock Origi made way for Mane in the attack alongside Diogo Jota and Mohamed Salah.

The visitors made a lively start to the game as they looked to impose themselves from the off. Palace hit the post twice inside the opening three minutes, with Alisson required in the first instance to palm the ball away from goal.

But Liverpool, spurred on by the crowd, looked to gain an advantage as Diogo Jota went close with an effort before Jordan Henderson met Mane's cross and forced goalkeeper Vicente Guaita into a good save.

The Reds did well to dominate possession, although the finishing touch seemed to be lacking once again as Thiago's header was saved by Guaita before Jota somehow managed to smash the ball over the bar from close-range from the rebound. 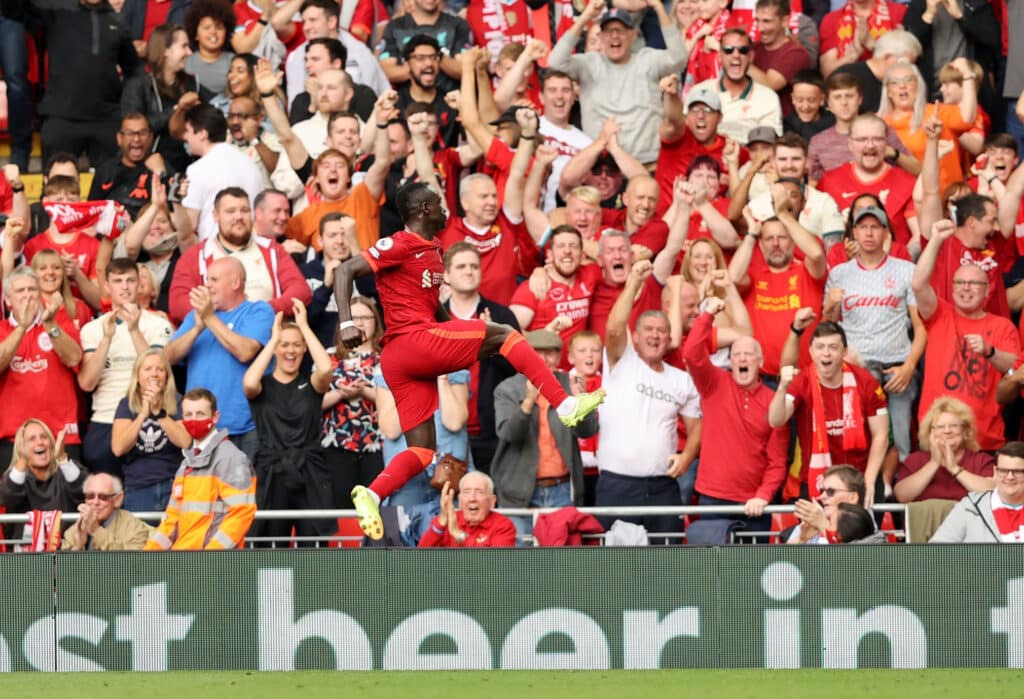 Despite a lull in proceedings towards the end of the first half, Liverpool finally broke the deadlock as Tsimikas' corner was headed by Salah and saved by Guaita before Mane popped up to turn the rebound home.

Not only was the goal Mane's 100th for Liverpool, but it also set a new Premier League record for most goals scored against an opponent in consecutive games with nine.

There was little to report from the start of the second half despite Patrick Vieira's side looking to get a foothold in the game, with Alisson called upon on occasion to collect threatening balls into the box.

The Reds were dealt a blow when Thiago was forced off with an injury just after the hour mark, with Keita coming on to replace the influential Spaniard.

The Guinean had an early effort at goal as his drive from outside the box saw Guaita parry the ball into Salah's path, but the Reds' No.11 was unable to find the back of the net. 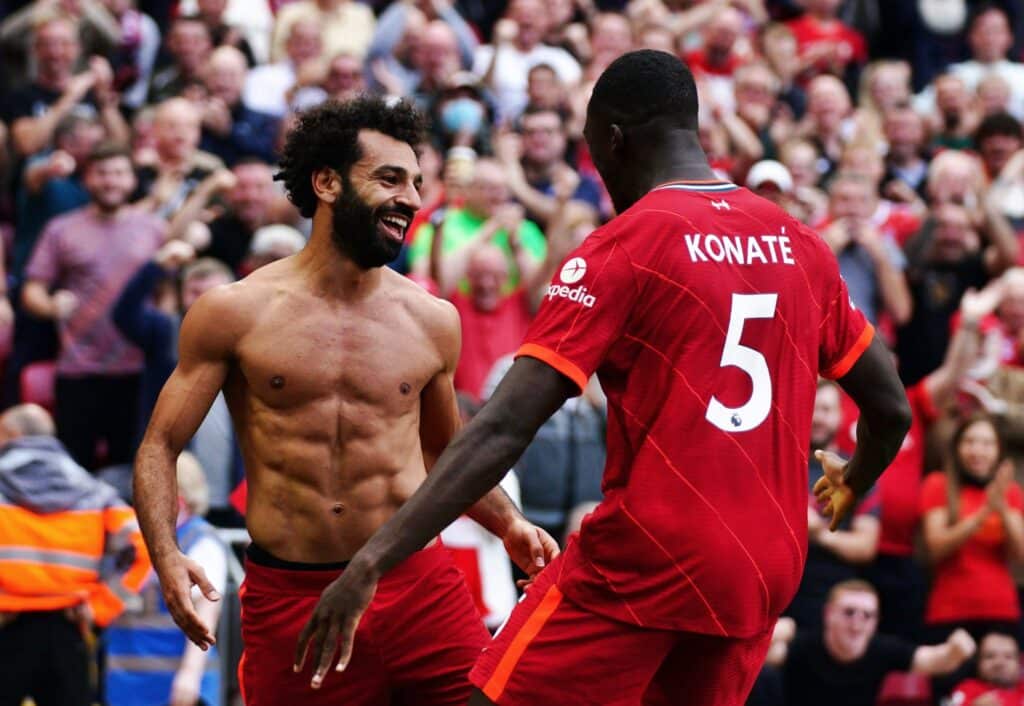 Palace had one of their better opportunities through substitute Odsonne Edouard, who looked likely to turn the ball home after bringing the ball down inside the box, but Alisson was on hand to smother the ball at his feet.

Curtis Jones then replaced Jota after the Portuguese went missing to a certain extent in the second half, with the Reds forward having a fairly quiet game barring his glaring miss in the first half.

The Kop groaned as Klopp's side seemed to switch off at times, giving Palace the hope of making a comeback in the game. But that hope was short-lived as the Reds soon found the all-important second of the game.

Tsimikas' corner was attacked by Van Dijk before the ball eventually fell to Salah at the back post as he sent a powerful volley into the back of the net before making the most of his celebration in front of the Kop. 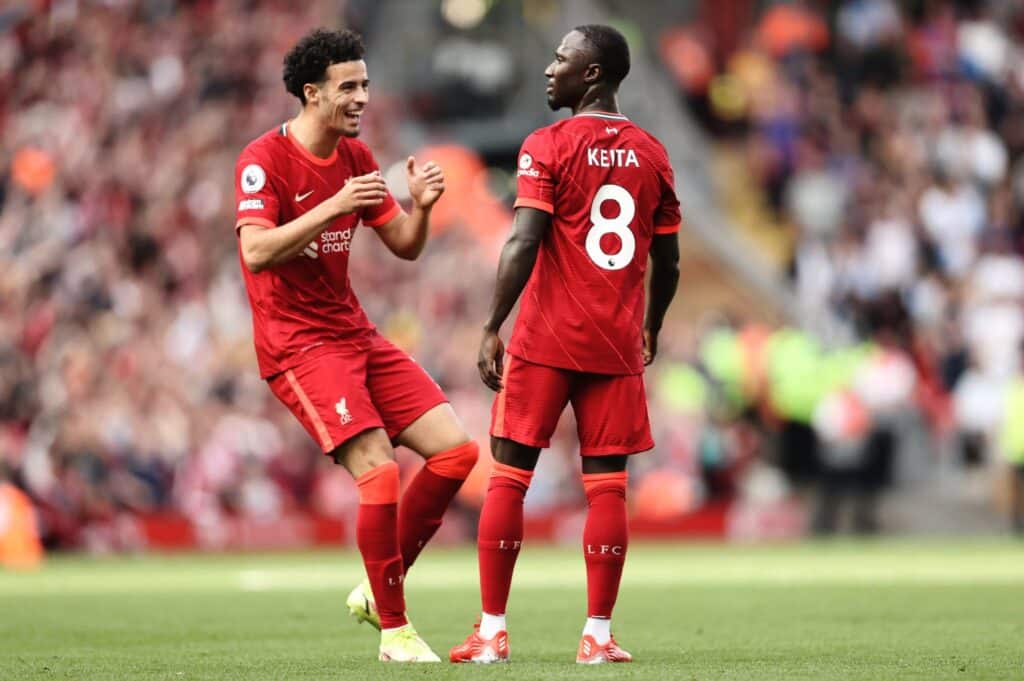 The Reds weren't finished there as Keita rounded off the afternoon with a stunning left-footed volley from the edge of the box to give the Reds a 3-0 victory.

Whilst it's of course still early days, Liverpool are now top of the Premier League table, with fellow title rivals Manchester City playing out a goalless draw against Southampton in the other 3pm kick-off.

It was a successful day at the office for the Reds, although the hope will be the injury to Thiago is nothing serious and that the midfielder will duly be back in action.