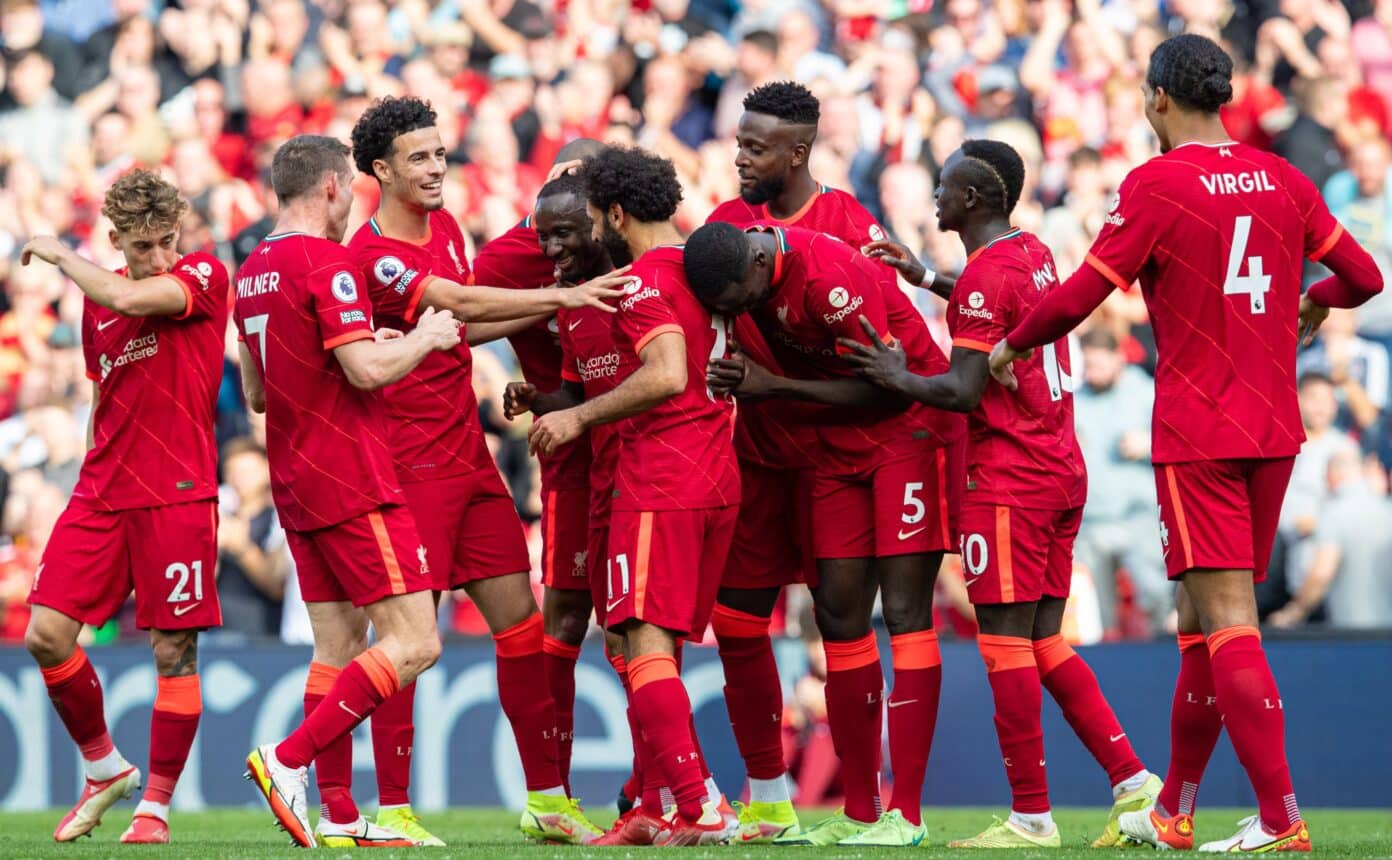 Jurgen Klopp made a surprise six changes to the side that beat AC Milan in midweek as he fielded an entirely fresh back-four, with James Milner and Kostas Tsimikas at full-back.

Ibrahima Konate made his debut alongside Virgil van Dijk, whilst Thiago and Sadio Mane also returned to the starting eleven after coming on from the bench against Milan.

It was a tentative start from the Reds as Palace looked likely to take the lead not once but twice in the opening three minutes, with Alisson having to claw the ball out of the goalmouth after the visitors hit the post.

But Liverpool imposed themselves on the game as the half wore on and they could've taken the lead through Diogo Jota and Jordan Henderson, but the goalkeeper Vicente Guaita did well to keep the duo at bay.

Thiago saw his header saved by Guaita as Jota looked certain to slot the rebound home from no more than five yards out, but the Portuguese somehow skied his effort as a glorious chance went begging.

However, the Reds finally took the lead just before the interval as Salah's header was parried into the path of Mane, who slotted the ball home to score his 100th goal in all competitions for Liverpool.

Thiago was withdrawn at the hour mark as he gingerly walked off the side of the pitch with a knock, with Naby Keita coming on to replace him and slotting alongside Fabinho and Jordan Henderson.

Palace had their chances to level the scores but it was ultimately Liverpool that scored the important second goal of the game as Salah smashed home at the back post from a Tsimikas corner to make things more comfortable for the Reds.

The cherry on top was provided by Keita just before the end of normal time as Salah's corner was cleared and landed at the feet of the Guinean, who made no mistake with a perfect left-footed volley to secure a 3-0 win for the Reds.

The result sees Liverpool move to the top of the Premier League after five games, with Norwich City to come in the Carabao Cup on Tuesday before a trip to newly-promoted Brentford next Saturday.