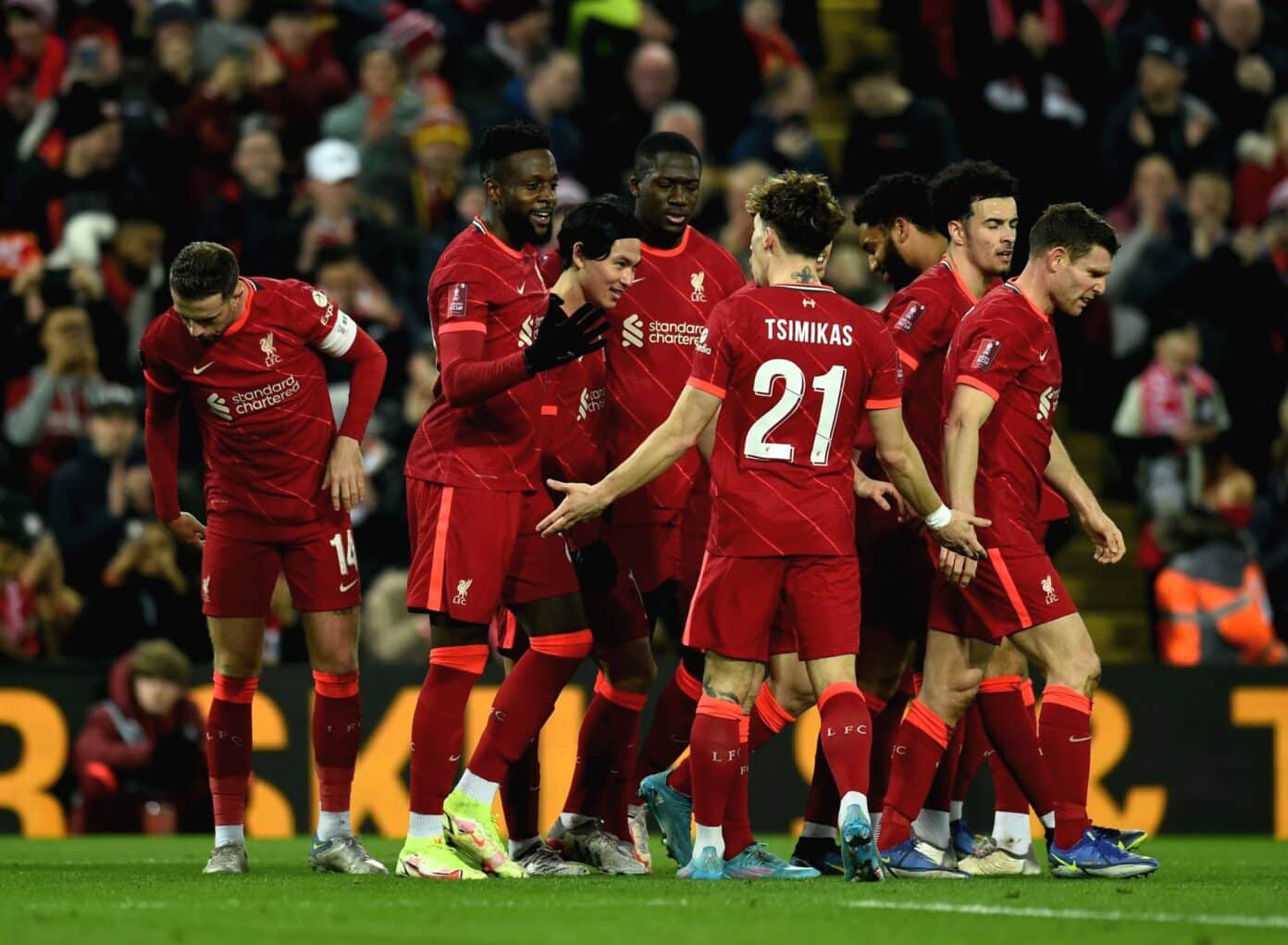 Liverpool reached the FA Cup quarter-finals for the first time under manager Jurgen Klopp following a 2-1 win over Norwich City on Wednesday night.

The Reds were largely unspectacular in the first half but they nonetheless led the bottom-placed Premier League side 2-0 at the break thanks to two strikes from Takumi Minamino.

Liverpool were somewhat lacklustre after the restart and they failed to threaten the Norwich goal for much of the half as Lukas Rupp pulled one back for the visitors towards the latter stages.

But despite a nervy final few minutes, the Reds saw out the victory as they advanced to the quarter-finals of the FA Cup, with the draw set to take place at 7.45 pm on Thursday. 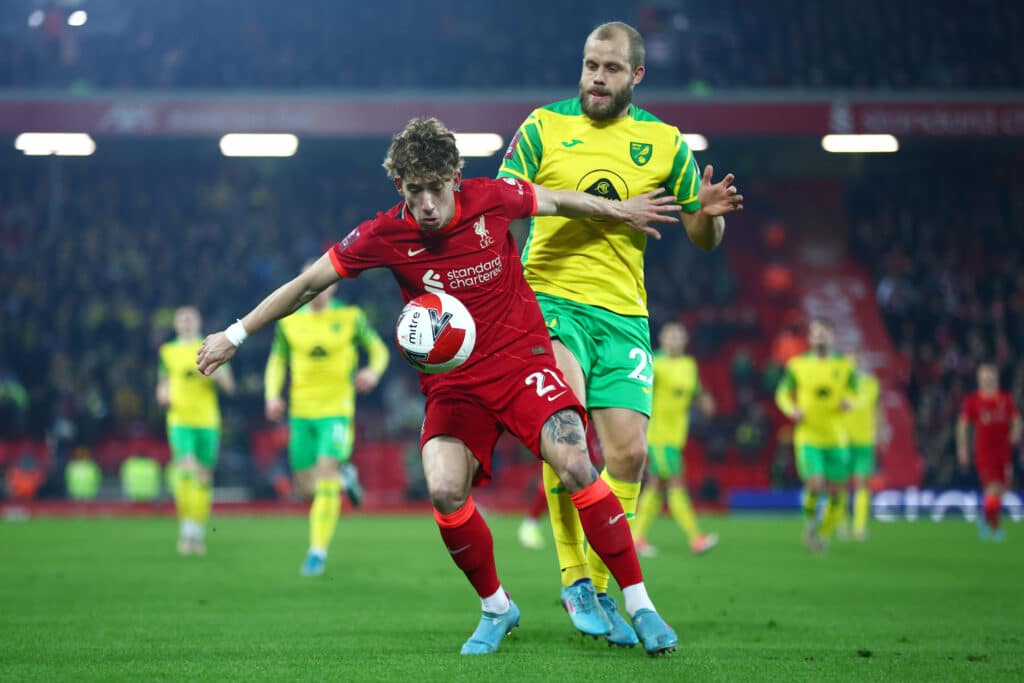 Jurgen Klopp made ten changes from the weekend's Carabao Cup triumph over Chelsea, with only Jordan Henderson retaining his place in the starting eleven. The likes of Joe Gomez, Kostas Tsimikas, Curtis Jones, Divock Origi and Takumi Minamino all came into the side.

Jones made an impressive start to the game and he came closest to giving Liverpool the lead in the early stages as he cut inside from the left and fired at goal, but his effort clipped the bar and went behind.

Teemu Pukki could have given Norwich the lead shortly after as he found space inside the box, but the Norwich forward dragged his low strike wide of the far post in a let-off for the Reds.

Liverpool largely lacked any real attacking threat at the midway point of the first half, but they soon took the lead as Origi controlled Tsimikas' ball into the box and set up Minamino, who made no mistake with his effort to make it 1-0.

The Reds were unable to capitalise on their opener as the game fell somewhat flat, with Norwich keeping their shape well and making the Reds put in hard graft in order to find any further gaps in the visitors' defence. 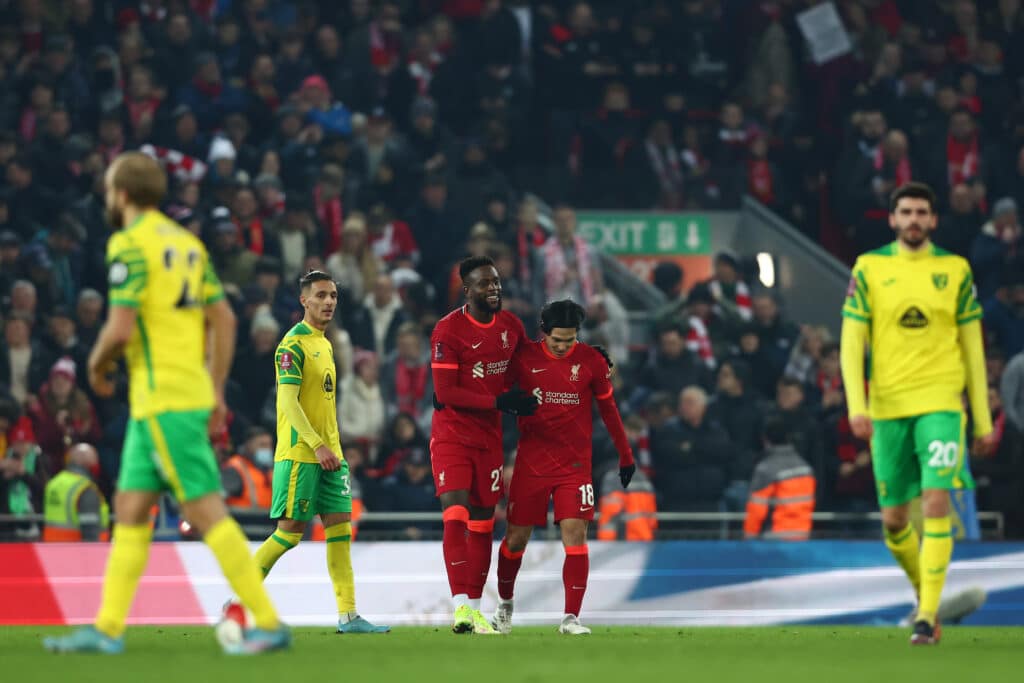 However, it didn't take long for the Reds to double their advantage and it was Minamino once again, with the ball falling to the Japan international from Tsimikas' corner before he unleashed a powerful strike into the top corner leaving goalkeeper Tim Krul with no chance.

Jones made way for Harvey Elliott at the break as the youngster slotted seamlessly into midfield and the Reds could have made it three soon after the restart as Alex Oxlade-Chamberlain hit the woodwork with a low strike from just inside the box.

The Reds had the greater share of possession but they were unable to mount any exerted spells of pressure on the Norwich defence, despite some promising moments, particularly down the left.

Tyler Morton came on for the Reds with less than 30 minutes left on the clock as Henderson made way for the Academy graduate. The change was followed quickly by a chance for Norwich, with substitute Josh Sargent heading wide from close range.

A well-worked move between Minamino and Elliott saw the latter find Jota at the far post, with the Portuguese looking for one of his trademark headers across goal, but the angle was too acute for him to get his effort on target. 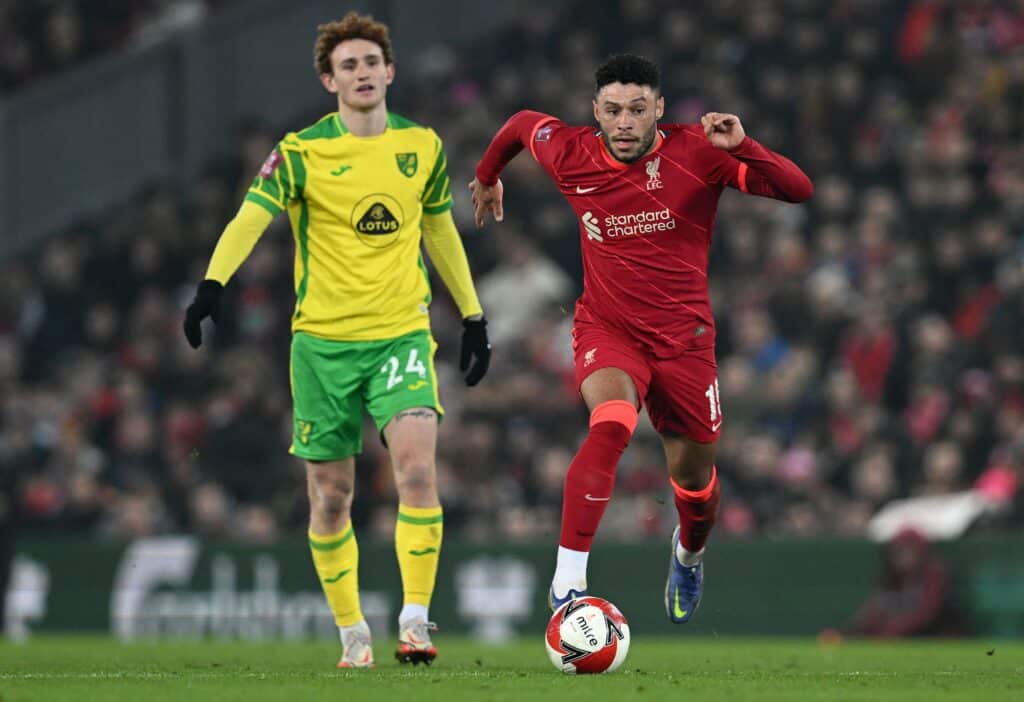 Liverpool's intensity dropped following the midway point of the second half and they were soon made to pay for their lack of urgency as Lukas Rupp got on the ball just outside the box and unleashed a powerful low strike past Alisson to halve the deficit.

The Reds' responded by bringing on Sadio Mane and Luis Diaz in place of Jota and Origi for the final seven minutes, but it was Norwich's own introduction in Jonathan Rowe that nearly made the difference just seconds after the changes.

The Norwich winger got past Milner inside the box before firing a strike that looked destined for the far top corner, but Alisson got his glove on the ball to keep the Reds in front.

Diaz had a couple of efforts at goal in the latter stages but he was unable to find the back of the net as it ultimately finished 2-1 to the Reds, who march into the quarter-finals as they continue their charge on three remaining fronts this season.