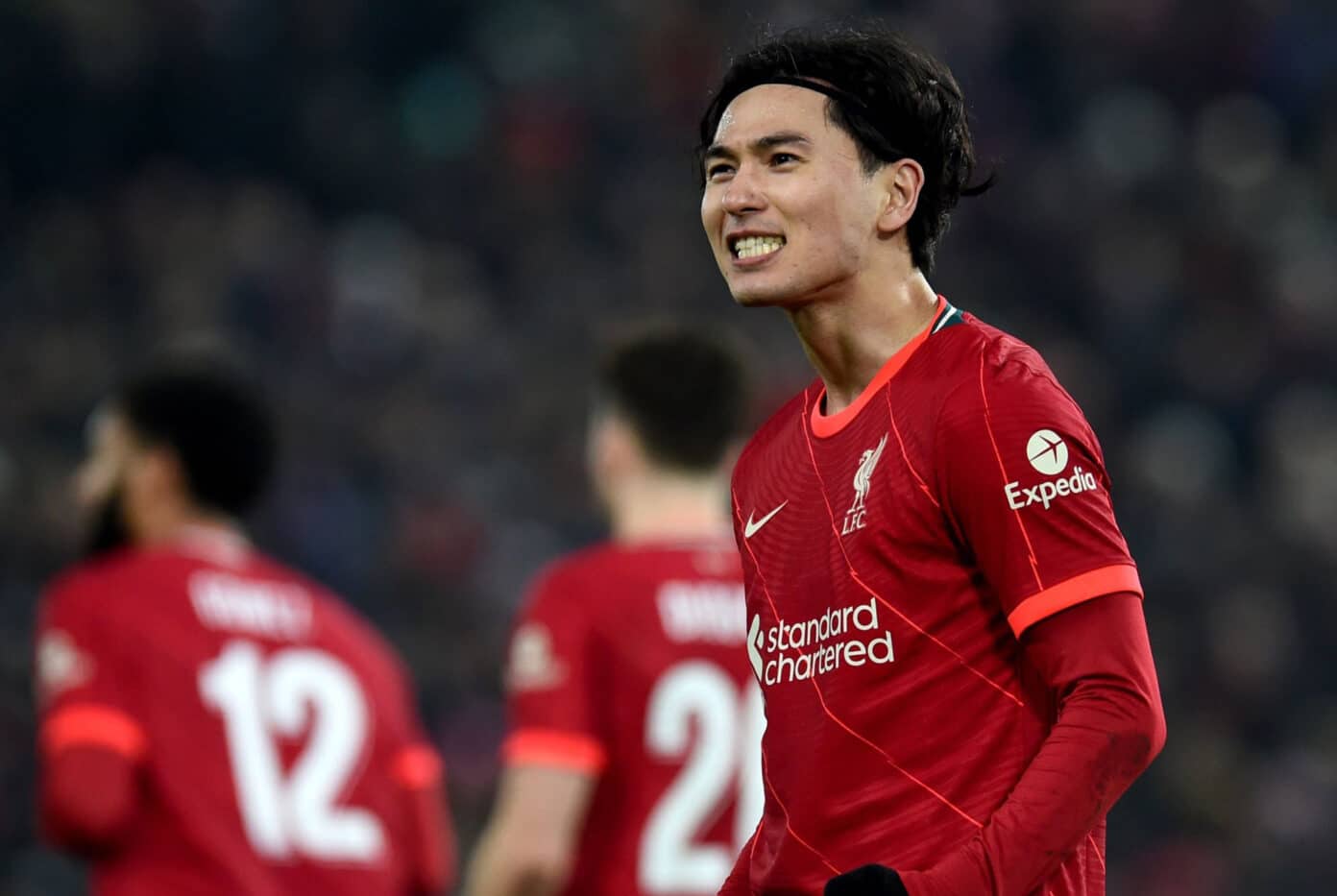 Liverpool vs Norwich City highlights: Watch the goals and highlights as the Reds beat Norwich 2-1 in the FA Cup fifth round at Anfield on Wednesday.

The Reds, having made ten changes from the weekend, started slowly but soon quickened things up and took the lead before the half-hour mark through Takumi Minamino.

Kostas Tsimikas' cross was controlled by Divock Origi before the Reds forward played in Minamino from close range, with the Japan international adding to his goal from the last round with a confident finish into the back of the net to make it 1-0.

Minamino then doubled Liverpool's advantage from a Tsimikas corner after the ball made its way to him at the back-post, with Minamino smashing the ball into the top corner to make it 2-0 and score his ninth goal in all competitions this season.

Liverpool enjoyed the majority of the ball for the remainder of the game but they were unable to find another opening as Norwich dug in and looked for a bit of luck to go their way at the other end.

Their efforts were not in vain as they halved the deficit through midfielder Lukas Rupp's powerful strike from outside the box with a little over ten minutes left on the clock.

However, it ultimately finished 2-1 to the Reds as they reached the quarter-finals of the FA Cup for the first time since 2015, with all focus now turning to this weekend's visit of West Ham United at Anfield.

Disclaimer: Video provided by FA Cup. The broadcaster may have geo-restrictions on the content. Liverpool highlights, goals and full match videos are provided and hosted by external sources. We help you discover publicly available material and act as a search engine. We do not host or upload this material and are not responsible for the content.
Share This Article