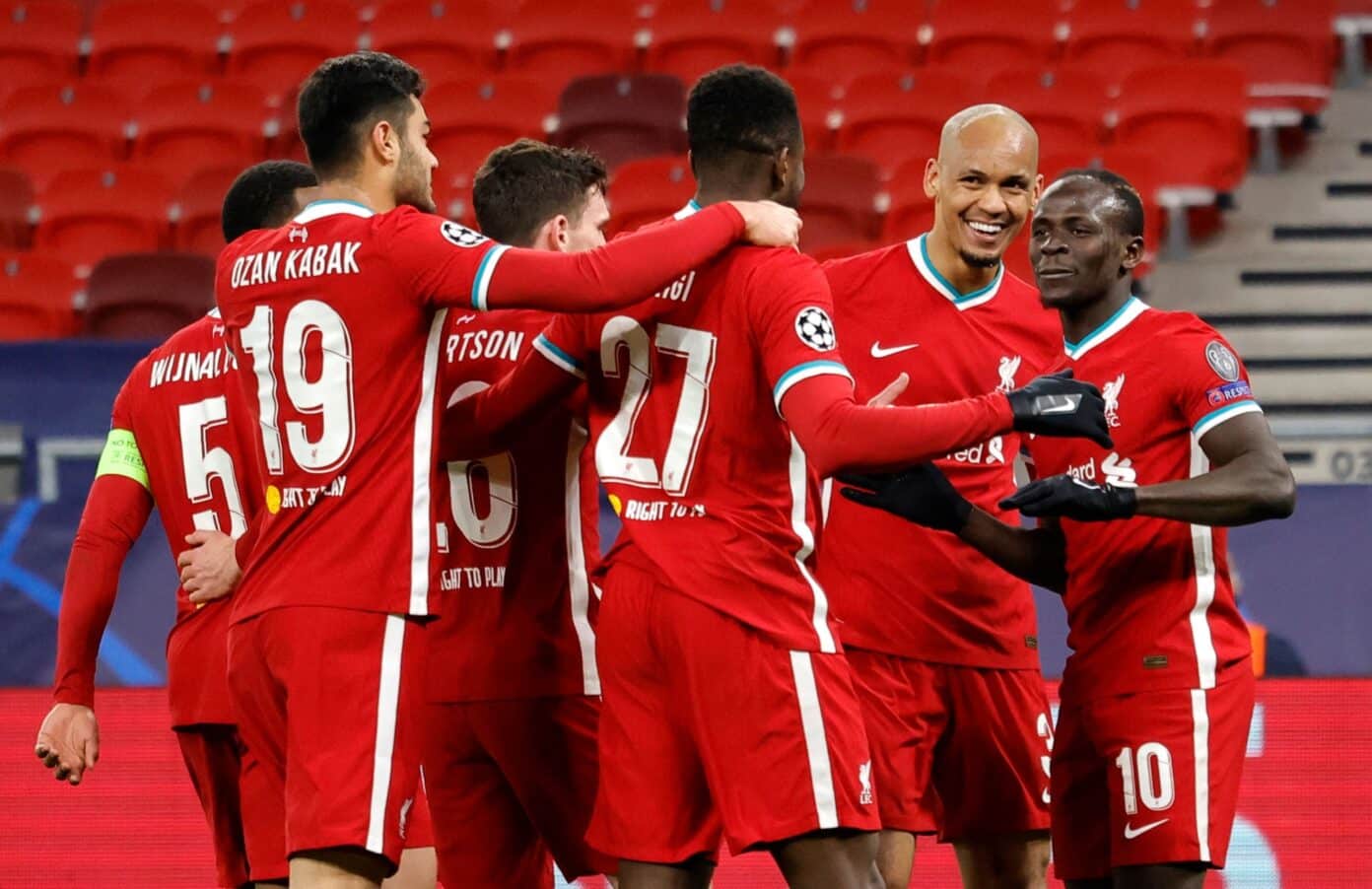 Liverpool clinched progression to the quarter-finals of the Champions League with a dominant 2-0 (4-0 agg) win against RB Leipzig on Wednesday night.

Liverpool had the best chances in the first half, despite having less of the ball, but Leipzig kept them at bay as the two sides went into the break level.

The Reds imposed themselves as the second half wore on as goals from Mohamed Salah and Sadio Mane saw the Reds book their place in the last eight of the competition alongside Porto, Dortmund and PSG thus far.

It's a fantastic result for the Reds who were back to their best in many ways and the hope will be the win can be a catalyst for the final three months of the season. Liverpool will find out their quarter-finals opponent during the draw on Friday, March 19. 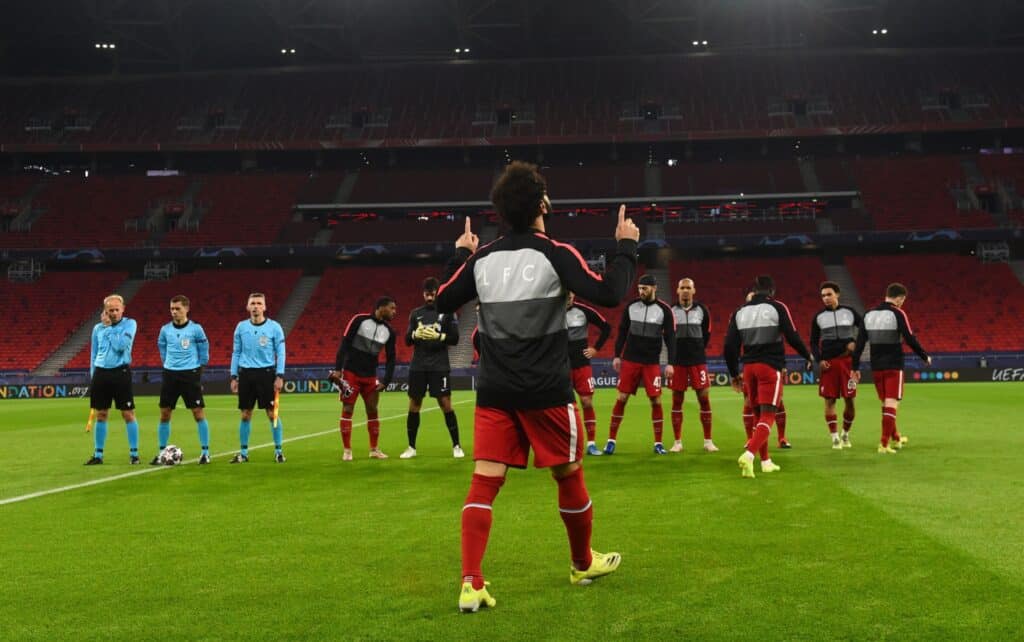 The Reds made a confident start and could have gone ahead early on through Thiago after he found space at the edge of the box, but the Spaniard opted to pass instead of taking the shot with Mohamed Salah unable to get on the end of the ball.

Despite Liverpool’s impressive start, Leipzig delivered a stark warning as they carved through the Reds defence before and forced Alisson into a good save from Dani Olmo’s close-range effort.

Diogo Jota then drew an excellent save out of Leipzig goalkeeper Peter Gulacsi after evading his marker from a corner and connecting with Alexander-Arnold’s cross with a powerful header.

An eye-catching pass by Thiago midway through the half played Salah through on goal, but the Egyptian couldn’t finish and neither could Mane on the follow-up as Liverpool’s lack of goalscoring form bit them yet again.

Another couple of chances went begging for the Reds as Mane’s deflected pass found Alexander-Arnold in a threatening position, but his pull-back was intercepted and put behind by Dayot Upamecano before Jota came close with a header from the ensuing corner. 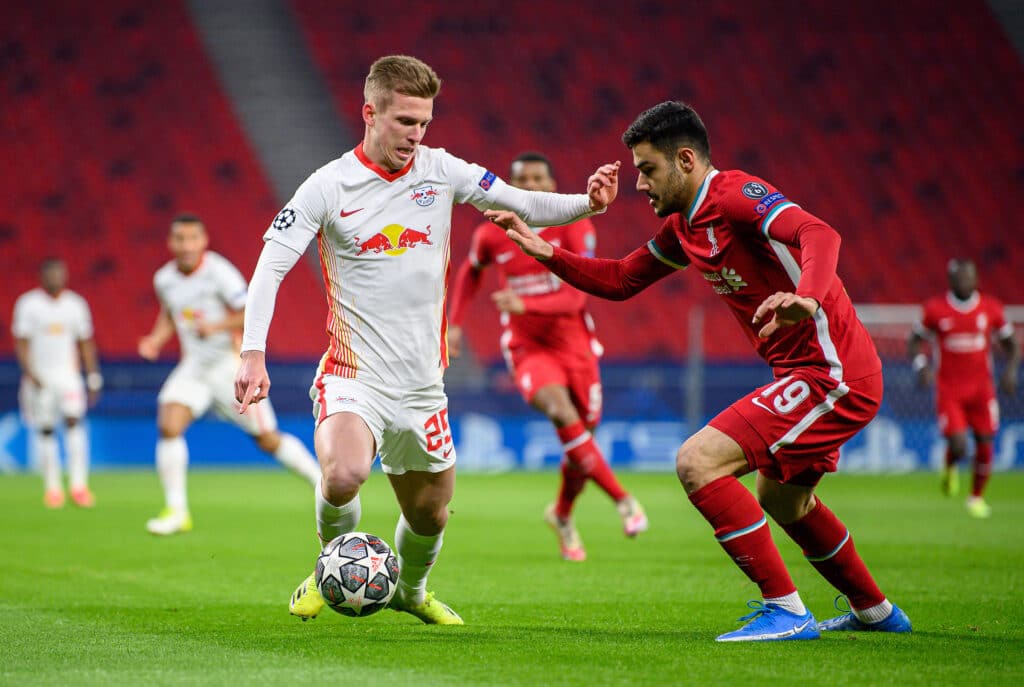 Leipzig had two efforts from the edge of the box through Kevin Kampl and Emil Forsberg as they looked to send another reminder to the Reds, who were dominating the rhythm of the game despite having less of the ball.

A toe-poke by Jota from the edge of the box was comfortably saved by Gulacsi, minutes before the Portuguese forward had a golden chance to put Liverpool ahead from close-range after a mix-up at the back for Leipzig, but he agonisingly failed to hit the target.

Liverpool were happy to concede even more of the ball at the start of the second half and looked comfortable at the back, with the Reds’ midfield with Fabinho working well to minimise a way forward for the Bundesliga side.

Julian Nagelsmann, who introduced striker Alexander Sorloth at the break, then brought on Hee-Chan Hwang and Justin Kluivert at the hour mark as he looked to add a new dimension to his side. 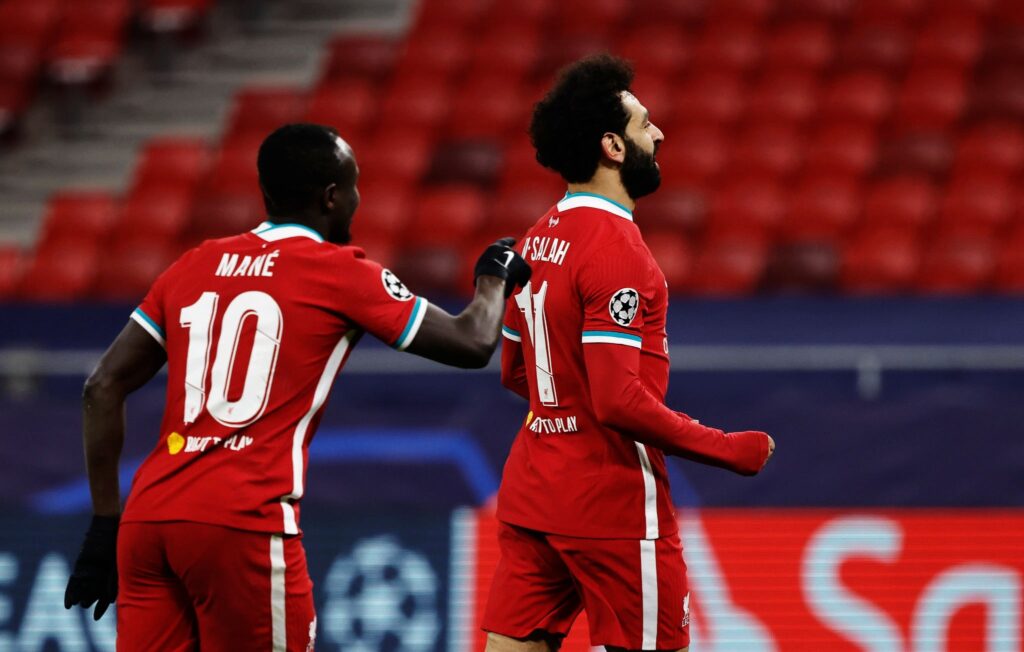 Two of the substitutes nearly combined to put Leipzig ahead on the night as a cross by Hwang found an unmarked Sorloth inside the box, but the Norwegian could only strike the crossbar with his header.

But the Reds finally got the all-important goal as Mane fed through Jota, who laid the ball off for Salah to finish off with an understated low finish to put the Reds 3-0 up on aggregate.

Naby Keita and Divock Origi then came on for the Reds and the duo had an instant impact, with Keita involved in the build-up before Origi swung a cross in for Mane, who could make no mistake with the finish from close range.

Liverpool cruised for the final stages as the likes of James Milner, Kostas Tsimikas and Alex Oxlade-Chamberlain all came off the bench, with the Reds remaining unthreatened on their way into the quarter-finals.