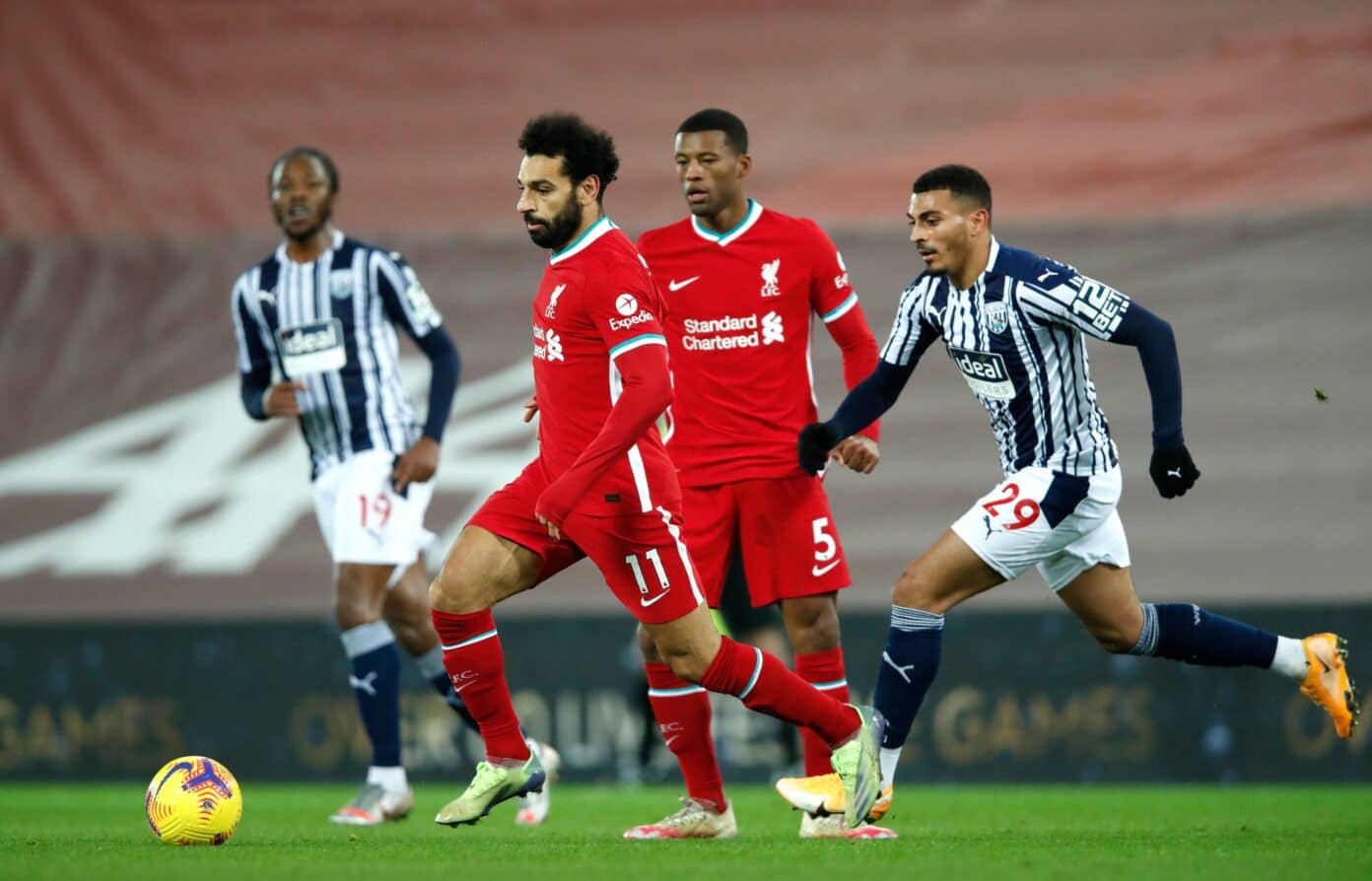 Liverpool dropped two points as they were held to a 1-1 draw by West Bromwich Albion in their final Anfield clash of 2020.

Sadio Mane gave Liverpool a well-deserved early lead but the Reds failed to capitalise on their dominance as the visitors did well to mount a resurgence in the second half.

West Brom's Semi Ajayi headed home an equaliser ten minutes from time as Jurgen Klopp's side dropped two points at home on an afternoon which also saw them lose Joel Matip to injury. 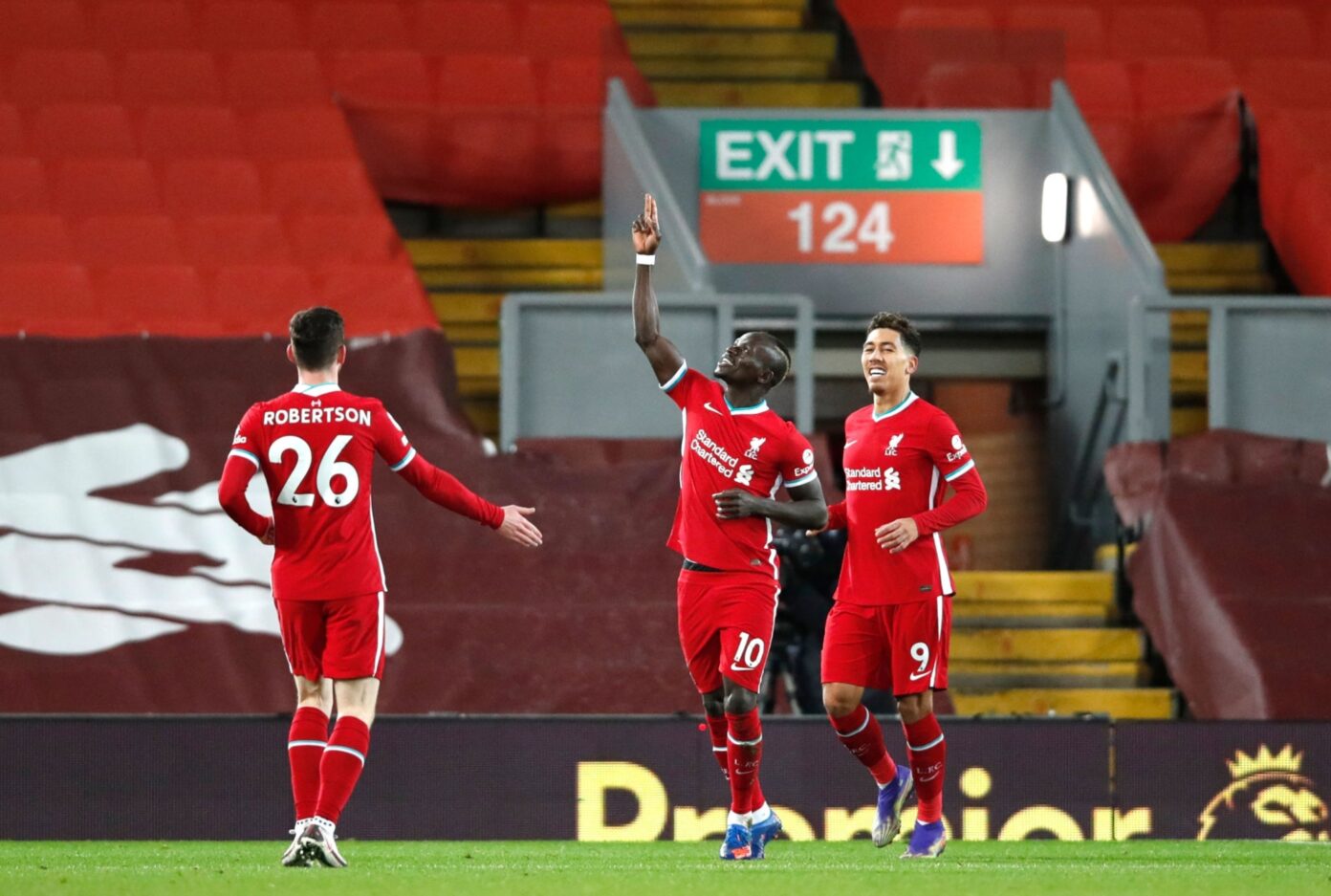 There were two changes to the side that beat Crystal Palace in the Reds' last outing as Curtis Jones and Mohamed Salah came into the side to replace Naby Keita and Takumi Minamino.

Liverpool made a bright start with the game being exclusively played in West Brom's half. Andy Robertson asked plenty of questions down the left with the Scotsman consistently finding space in behind.

The champions made their early dominance count as Sadio Mane scored just his second Premier League goal at Anfield this season with an excellent finish.

Joel Matip drilled a straight pass towards the Reds forward, who expertly cushioned the ball with his chest before poking the ball into the back of the net.

Despite the visitors sitting in deep, Liverpool looked like scoring with every attack with Mane unlucky not to score on three separate occasions, with West Brom defender Darnell Furlong doing well to keep him at bay. 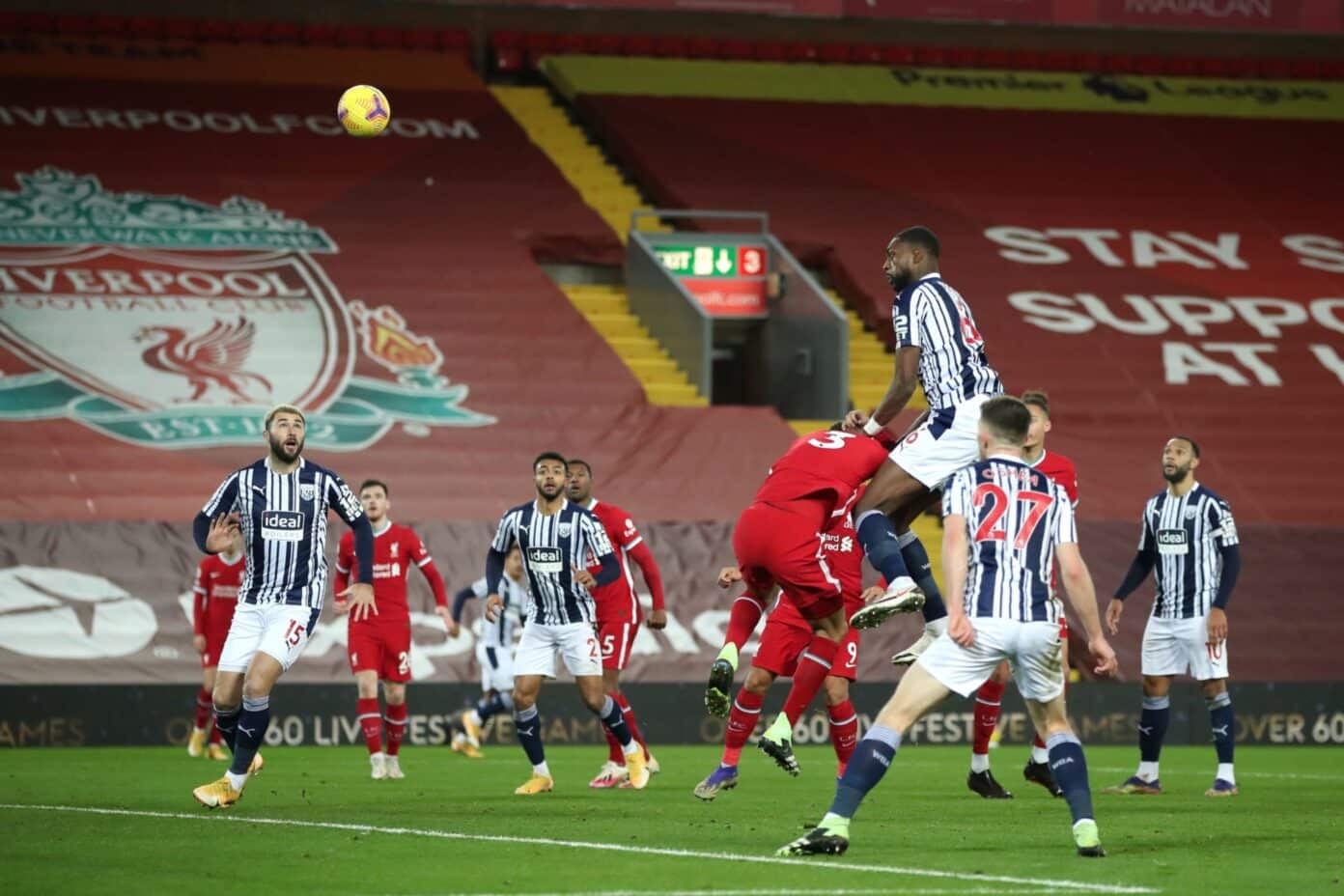 Salah had an effort at goal after Robertson's set-piece fell to him at the edge of the box, but the Egyptian couldn't keep his effort down as it blazed over the bar.

West Brom stabilised proceedings as the half wore on, with the Reds still dominating possession but unable to carve any clear-cut chances.

Sam Allardyce's side came out with much greater attacking intent in the second half, with the Reds having to defend for sustained periods of time for the first time in the tie.

Just as Liverpool's injury troubles appeared to be receding, they were dealt another blow in their defensive ranks as Joel Matip pulled up with a groin injury and hobbled off the pitch. Rhys Williams came on to replace him as he slotted in alongside Fabinho at the back.

Liverpool should have doubled their lead through Salah with 25 minutes left on the clock as the Reds forward got on the end of Gini Wijnaldum's cross, but he failed to keep his header down from close-range.

West Brom, playing on the counter, had a golden chance through Karlan Grant, who beat Williams in a sprint and got through on goal. But Alisson was alert to the danger as he got down low and blocked what would've otherwise been a certain Baggies equaliser.

The equaliser came less than ten minutes later as Semi Ajayi got on the end of a cross after a cheap corner given away by the Reds as he leaped over Fabinho and headed the ball on to the post and in.

Substitute Alex Oxlade-Chamberlain put in a peach of a cross towards Firmino with just minutes left, but the Brazilian was denied by a world-class save by goalkeeper Sam Johnstone.

Divock Origi came on as the Reds pushed for a late winner, but it wasn't to be as they were held to a frustrating 1-1 draw to end the year at Anfield. The results sees the Reds go three points clear of Everton at the top of the Premier League table.