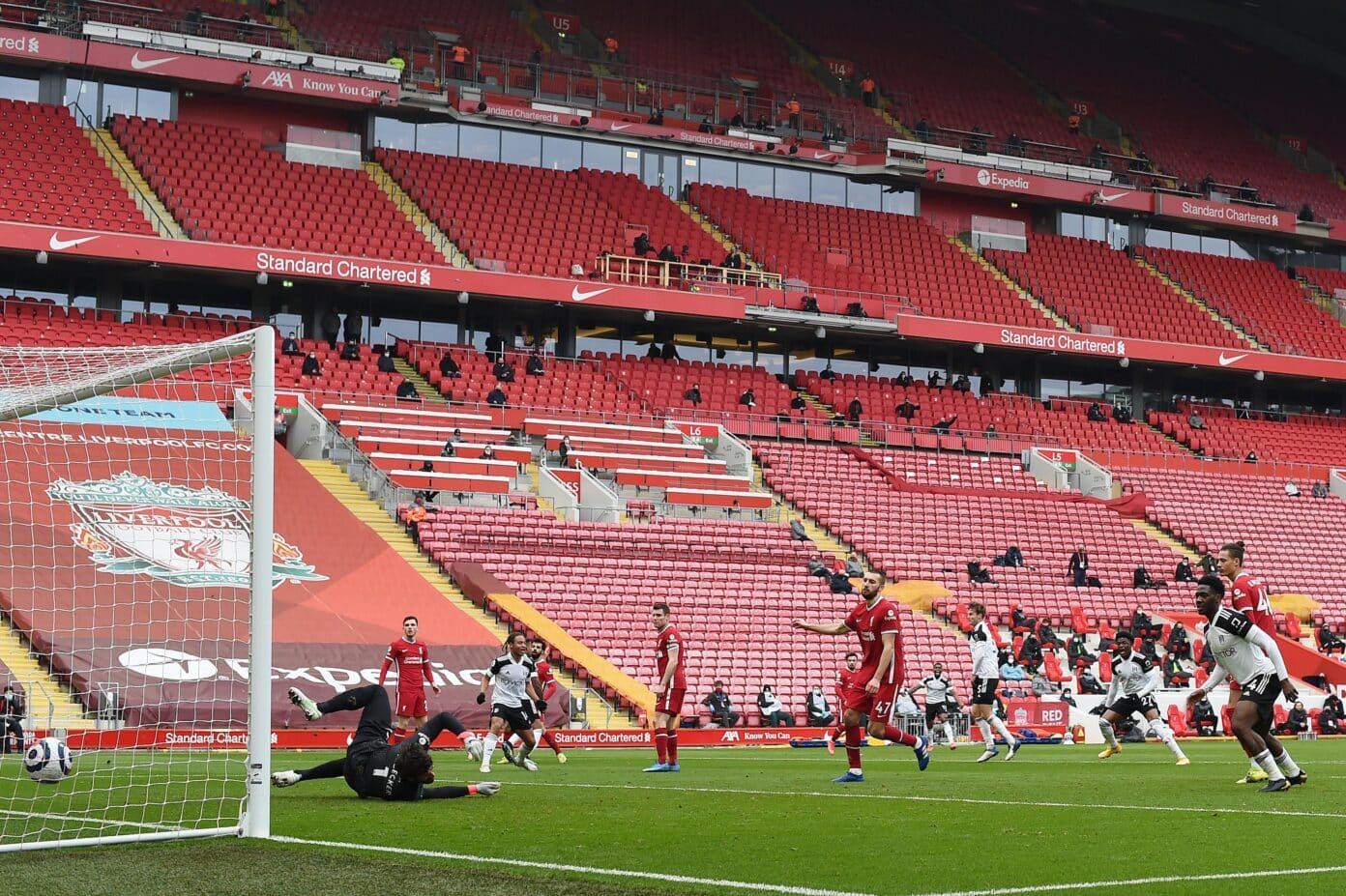 Fulham ran out 1-0 winners at Anfield to inflict a sixth consecutive home defeat on Liverpool, who look set to miss out on the top four.

The Reds were poor in the first half despite a promising start and they found themselves 1-0 down at the break thanks to a Mario Lemina strike at the stroke of half-time.

The second half continued much in the same vein as the first as the Reds struggled to get themselves back in the game and fell to another crushing defeat.

The result means Liverpool, who have played a game or more than their rivals, remain four points adrift of a Champions League spot, with their place in next year's competition now looking extremely unlikely barring a drastic change in fortunes. 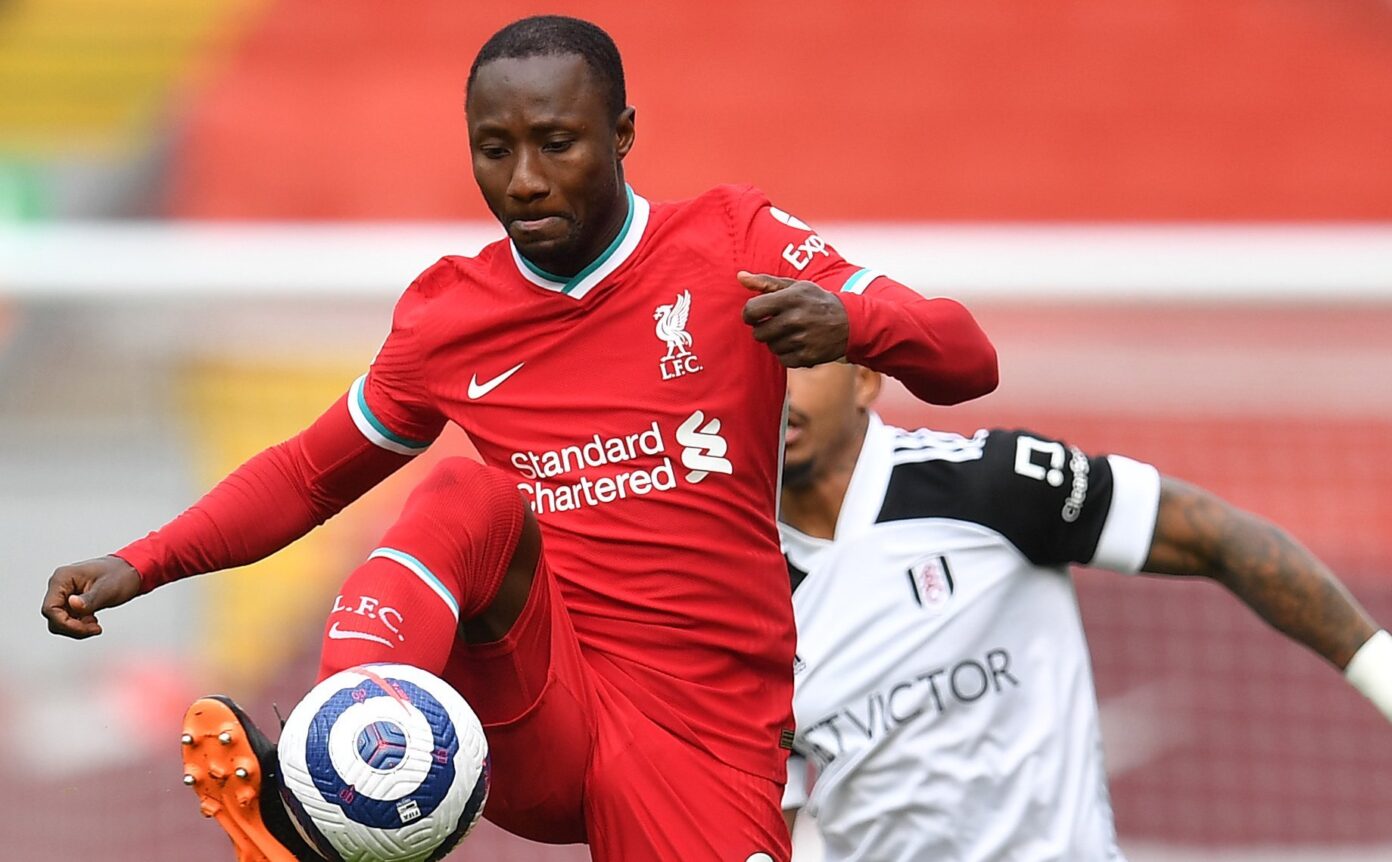 Jurgen Klopp sprung a surprise as he named seven changes to his side. The Reds boss fielded an inexperienced back-four alongside handing starts to the likes of Naby Keita, Xherdan Shaqiri and Diogo Jota.

Liverpool had an early scare as Josh Maja crept in between the centre-backs and got a strike off from just inside the box, but the Fulham forward couldn’t get his shot on target.

The Reds’ attacking shape looked threatening but their vulnerabilities at the back were still evident as Ademola Lookman had the Cottagers’ second opportunity to go ahead in the early exchanges.

Mohamed Salah could have put the Reds 1-0 up after being fed through by Shaqiri but a combination of goalkeeper and defender thwarted him before he could get his strike off.

The Egyptian, who looked sharp in a more central role, had another chance a few minutes later as he turned and shot goalwards from the edge of the box but he was unable to get his shot on target.

Fulham were causing the Reds plenty of problems down their left, with the likes of Ivan Cavaleiro and Lookman finding space in between Neco Williams and Nathaniel Phillips on more than a couple of occasions. 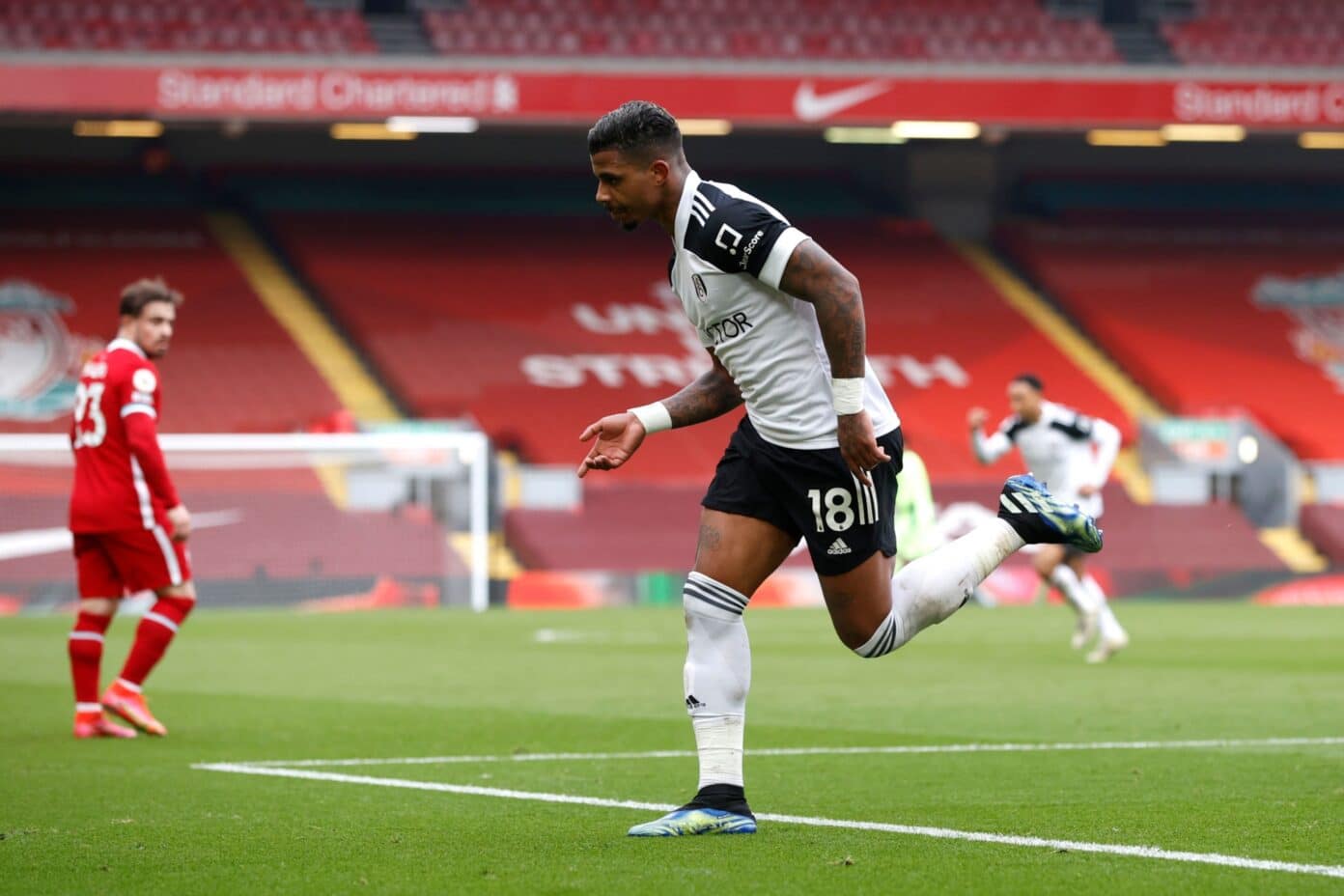 Alisson was called into a couple of important interventions after seeing his defence beaten, with Scott Parker’s side growing in the game as the half wore on.

Lookman should have made it 1-0 after beating the offside trap but Neco Williams got back well to make the block and deny the former Everton winger.

Fulham looked the likelier of the two sides to make the breakthrough and they were rewarded for their first-half display just before the break as Mario Lemina dispossessed Salah at the edge of the box and superbly finished across Alisson to give the visitors a 1-0 half-time lead.

Liverpool almost sparked back into life at the start of the second half as Diogo Jota connected brilliantly with Neco Williams’ cross, but the Portuguese’s volley was saved by goalkeeper Alphonse Areola.

The Reds forward nearly grabbed the equaliser as he looped a header past Areola and towards the far post, but the ball agonisingly struck the upright as a rare chance went begging.

Trent Alexander-Arnold and Fabinho were both introduced for Neco Williams and James Milner as the clock ticked on towards the final ten minutes with Liverpool still struggling to create any clear-cut chances.

It wasn't to be for the Reds as they failed to get the crucial equaliser, with their goal drought at Anfield continuing and culminating in an unprecedented sixth consecutive Anfield defeat.

The result is another dagger to Liverpool's top-four hopes, with the Reds four points adrift of a Champions League spot despite playing a game or more than most of their rivals. It's hard to envisage how the Reds come back from here...