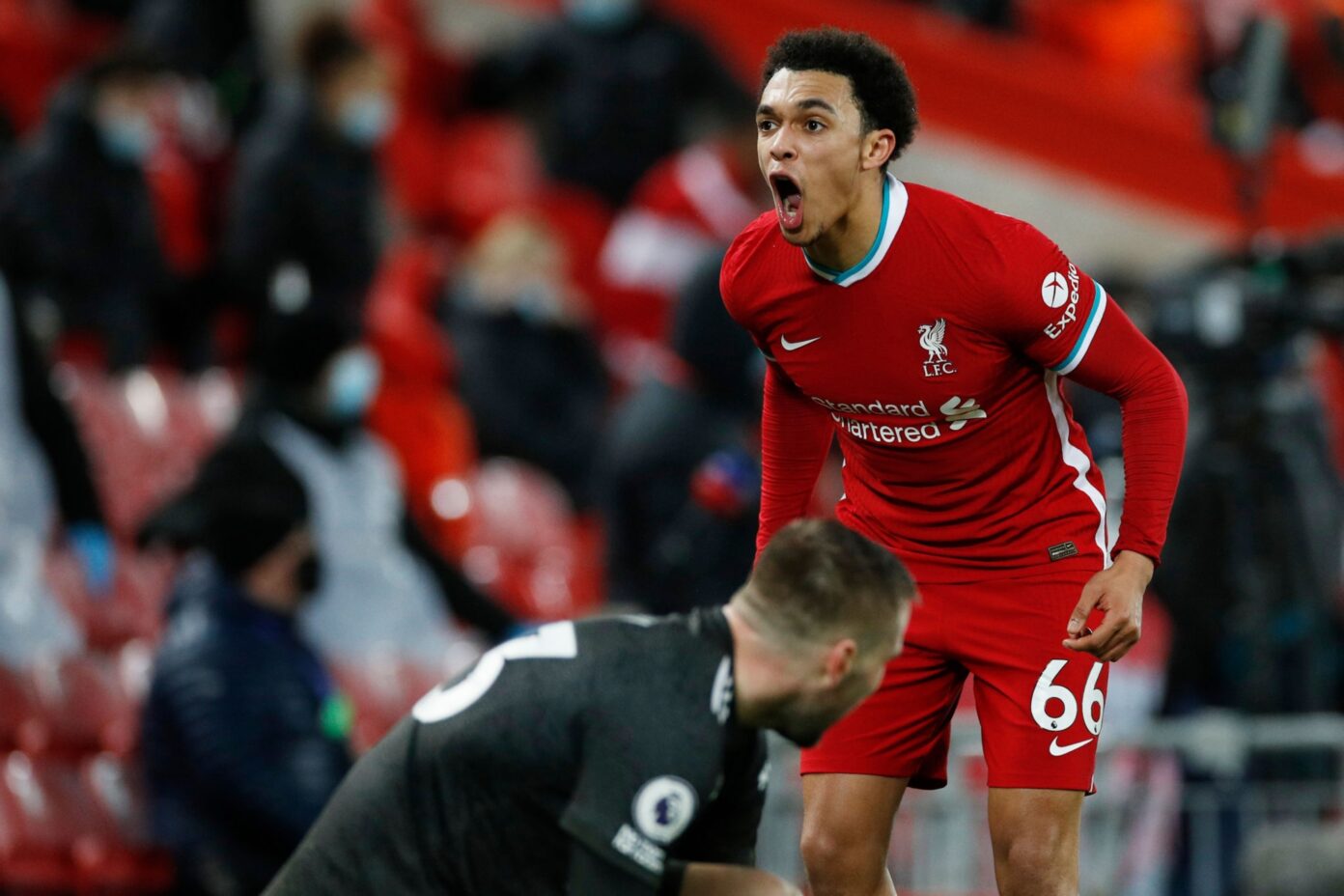 Liverpool were held to a goalless draw against Manchester United at Anfield as the Reds failed to take the chance to trump their rivals.

The Reds were unable to return to winning ways in the Premier League as they remain three points behind league leaders Man United following a 0-0 draw against Ole Gunnar Solskjaer's side.

Liverpool started the game brightly but it was the visitors who looked likelier of the two sides to score the winner in the closing stages, with the champions now goalless in their last three league outings.

The result sees the Reds go to third in the table, behind Leicester, while a Manchester City win against Crystal Palace later on Sunday would see Liverpool drop down to fourth place. 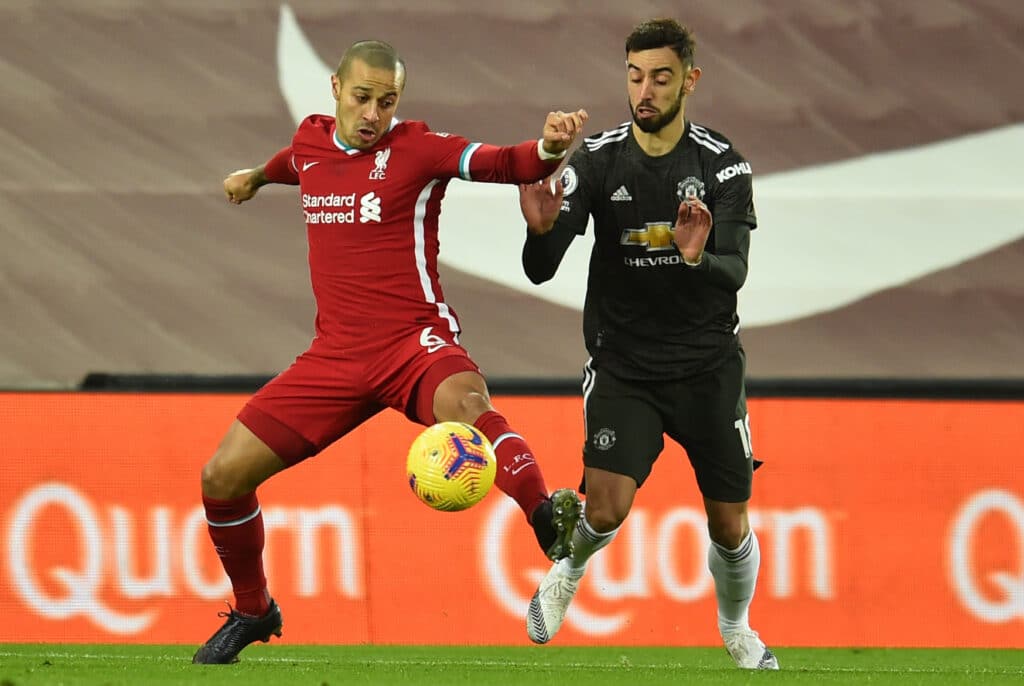 Jurgen Klopp introduced Xherdan Shaqiri from the off in a rare start for the Swiss international. Joel Matip failed to recover in time, with Jordan Henderson partnering Fabinho at the heart of the defence.

Liverpool looked strong down their left, whilst the opponents were equally threatening on the opposite side through Anthony Martial and Marcus Rashford, with the former beating Trent Alexander-Arnold twice in the opening minutes.

Despite United's occasional stride forward, the champions had over 70% of the ball, with Thiago - on his Anfield debut - and Shaqiri running the game in the middle of the park.

An excellent pass by Shaqiri saw Sadio Mane through on goal, with the Reds forward moving back inside and picking out Roberto Firmino, who should have done better with his skied finish.

Liverpool were relentless as they kept probing at United's defence, with Shaqiri having a shot deflected before Firmino and Mohamed Salah both had attempts at goal.

The visitors began to threaten in short bursts as the half wore on, with Bruno Fernandes coming inches away from netting the opener from a free-kick. 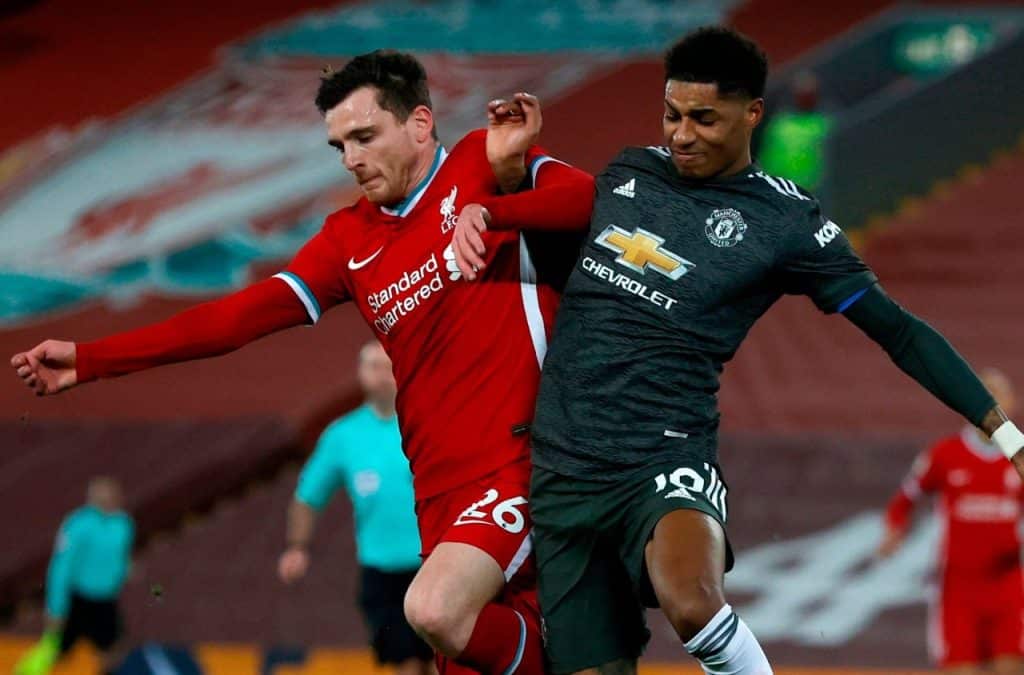 Liverpool were left to rue their inability to capitalise on their early dominance, with Solskjaer's side looking far better put together as the two sides went level into the break.

United had some early joy in behind Alexander-Arnold at the start of the second half as Martial and Fernandes linked up well. But excellent defending by Fabinho on one occasion ensured the Reds kept them at bay.

Liverpool's full-backs linked up excellently as Andy Robertson played in an inviting cross towards Firmino at the back post, but the Brazilian was unable to turn the ball home.

Edinson Cavani was introduced by Solskjaer as the game entered its final half-hour, with the Reds having to be alert to their opponents' threat on the counter.

Salah had a close-range effort blocked as Liverpool looked to build some momentum, which seemed hard to come by for both sides despite the game being there for the taking.

The front three were unable to click or put together any significant moves, but the Reds continued to shift the ball around as Curtis Jones came on in midfield for Shaqiri. 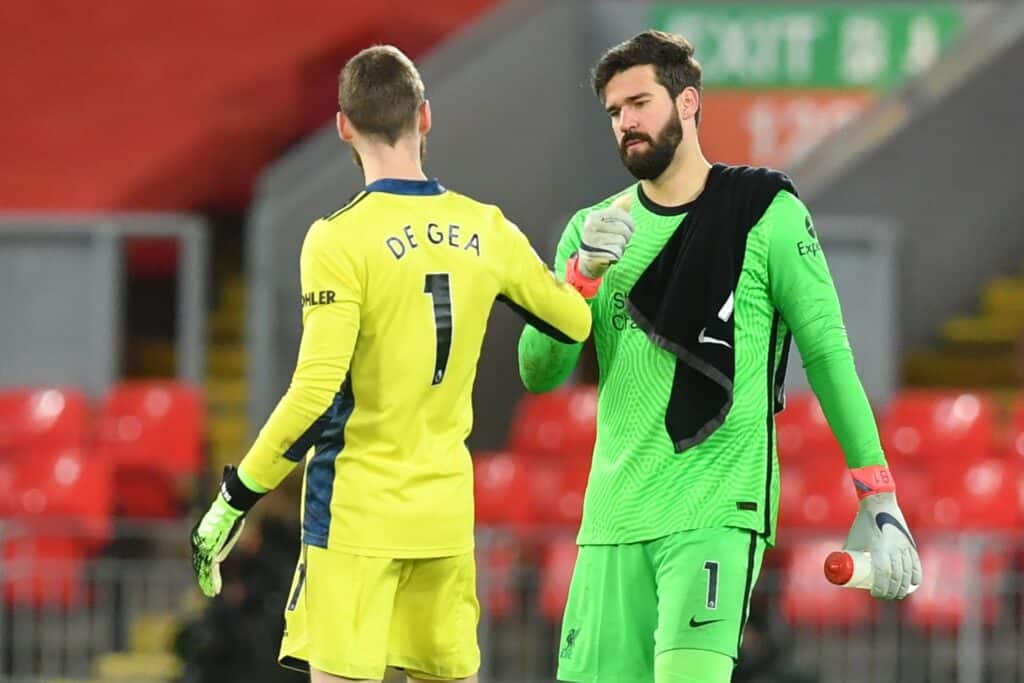 Liverpool were opened up by a combination of Rashford and Luke Shaw as Alisson produced a magnificent low save from Fernandes' close-range effort when it looked like the Portuguese was favourite to roll the ball into the back of the net.

Thiago drilled an effort at goal from the edge of the box as he looked to take matters into his own hands, but the shot was close enough to De Gea for him to push the ball away.

A particularly dangerous counter-attack led by Rashford had Liverpool flustered but Fabinho did excellently to catch up with him and push him away from goal.

Pogba had the best chance of the game as he found space inside Liverpool's box and smashed the ball goalwards, but Alisson made no mistake as he palmed the ball to safety.

Divock Origi and James Milner came on in the final stages as it ended goalless at Anfield in yet another frustrating evening for the reigning Premier League champions.