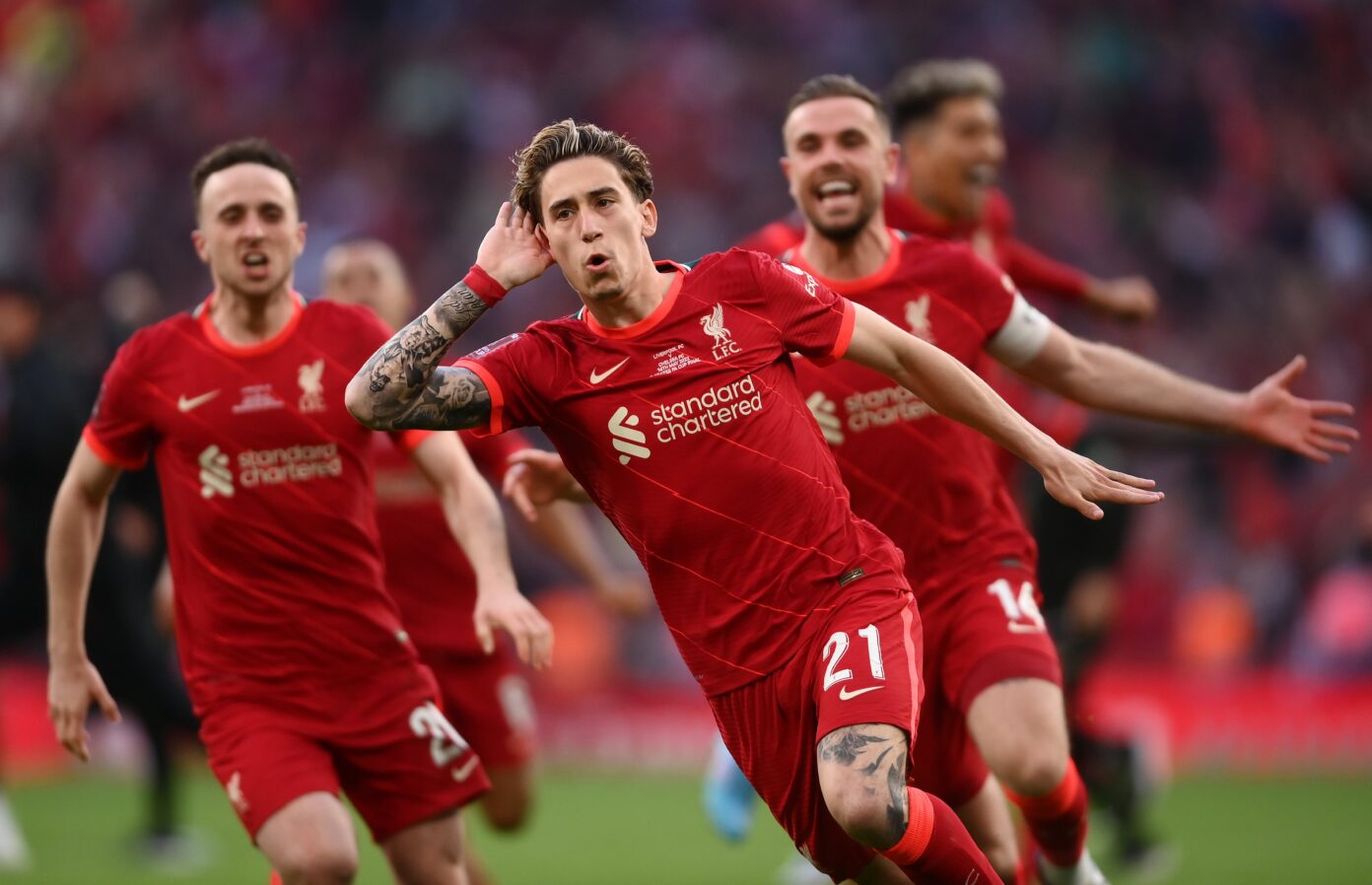 Liverpool beat Chelsea 6-5 on penalties after playing out an absorbing goalless draw and extra time at Wembley as they earned their first FA Cup triumph since 2006.

Liverpool were by far the more superior side but both sides missed chances in the opening 45 minutes as they went into the break on level terms following an action-packed first half that included Mohamed Salah coming off due to a muscle injury.

Neither side were able to make the breakthrough despite an array of chances in the second half as it finished 0-0 after 90 minutes, with extra time also failing to separate the two sides as the game headed to penalties. 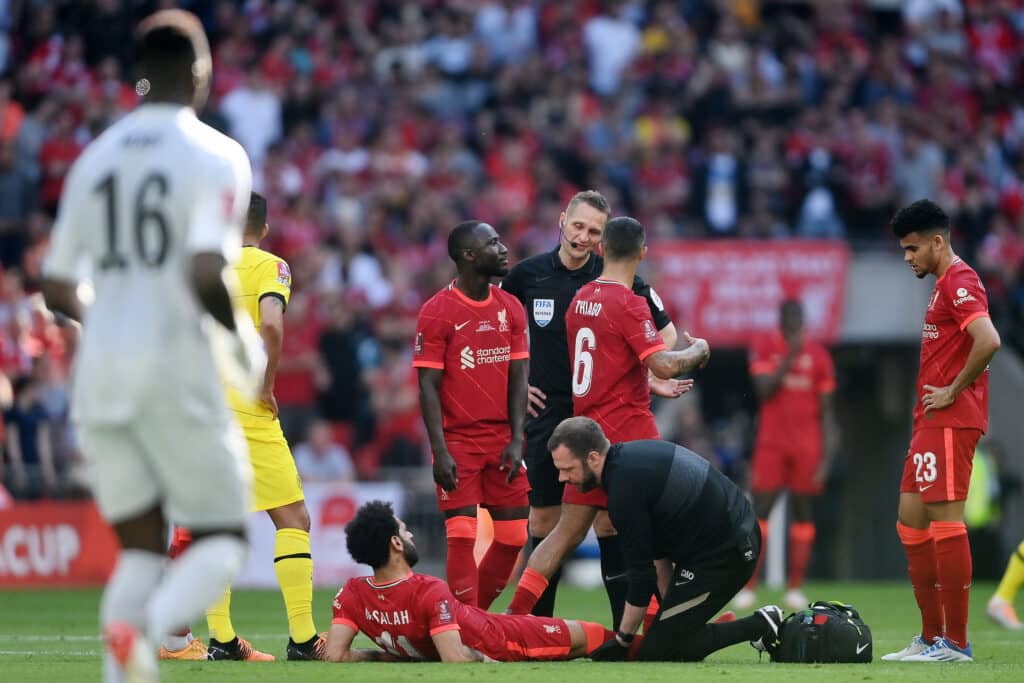 Klopp made five changes from the victory over Aston Villa in midweek as Ibrahima Konate, Andy Robertson, Jordan Henderson, Thiago and Mohamed Salah all returned to the starting eleven.

The Reds had an early opportunity as Luis Diaz flashed the ball across the face of the goal after creating space inside the box, but an outstretched Thiago was unable to connect with the cross much to the relief of Thomas Tuchel's side.

Diaz continued to get plenty of joy down the left, but another ball across goal evaded Salah before the Colombian got in behind thanks to an excellent Trent Alexander-Arnold ball, but his effort aimed towards the inside of the near post was partially saved by the legs of Edouard Mendy before being cleared off the line by Trevoh Chalobah.

Liverpool boasted nearly 70% possession in the opening 20 minutes and were by far the more dominant side thanks to a commanding start from the midfield trio, although they were unable to find their ruthless touch with just one shot out of five hitting the target.

A well-worked move between Reece James and Mason Mount saw the latter break free down the Reds' left before feeding Christian Pulisic inside the box, with the Chelsea forward seeing his first-time effort go past the far post and behind to safety. 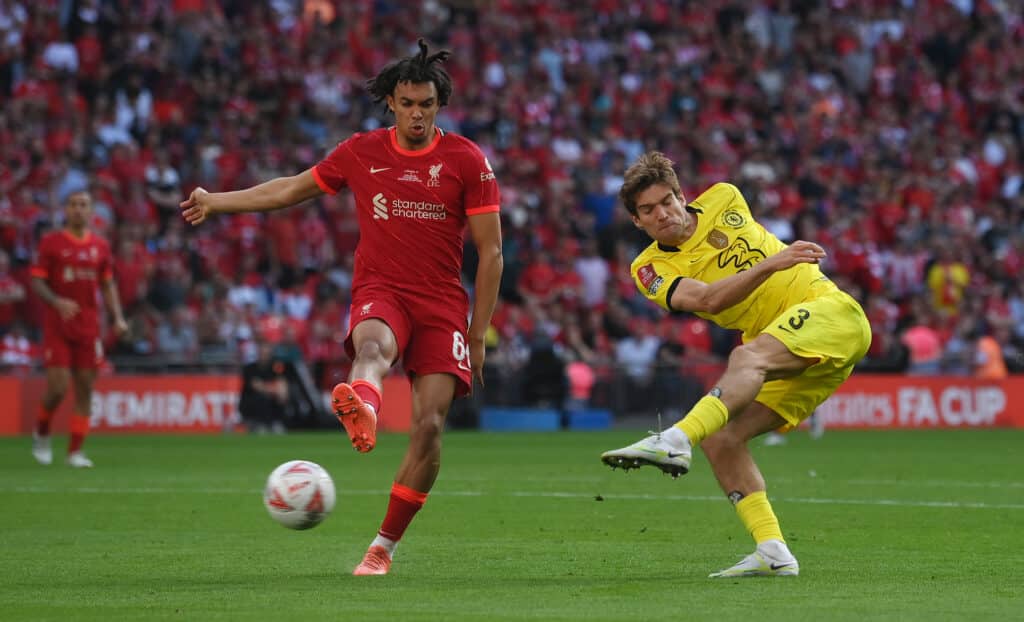 Alisson was called into action after Pulisic had found Marcos Alonso's run in behind the Reds defence, with the Brazilian coming out to thwart the wing-back's close-range effort before requiring treatment for a cut sustained during the challenge.

There was further concern for Liverpool as Salah fell to the floor holding his thigh without an obvious reason, with the Reds forward coming off and heading straight to the treatment room and Diogo Jota coming on in place of the Egyptian.

The Reds began to regain the ascendency before the break and Jota should have put Liverpool ahead after meeting Robertson's deft cross towards the near post, but he got too much on his poke as the ball sailed over the crossbar.

Chelsea made a fast start after the break as Pulisic forced Alisson into a vital save before Alonso went close from a set-piece from the right, with the Blues defender hitting the crossbar after catching Alisson out.

Jota drove towards the box and combined with Diaz before the latter turned at the edge of the box and struck a wicked low strike towards the bottom corner that had Mendy stranded, but the ball angled past the near post and behind. 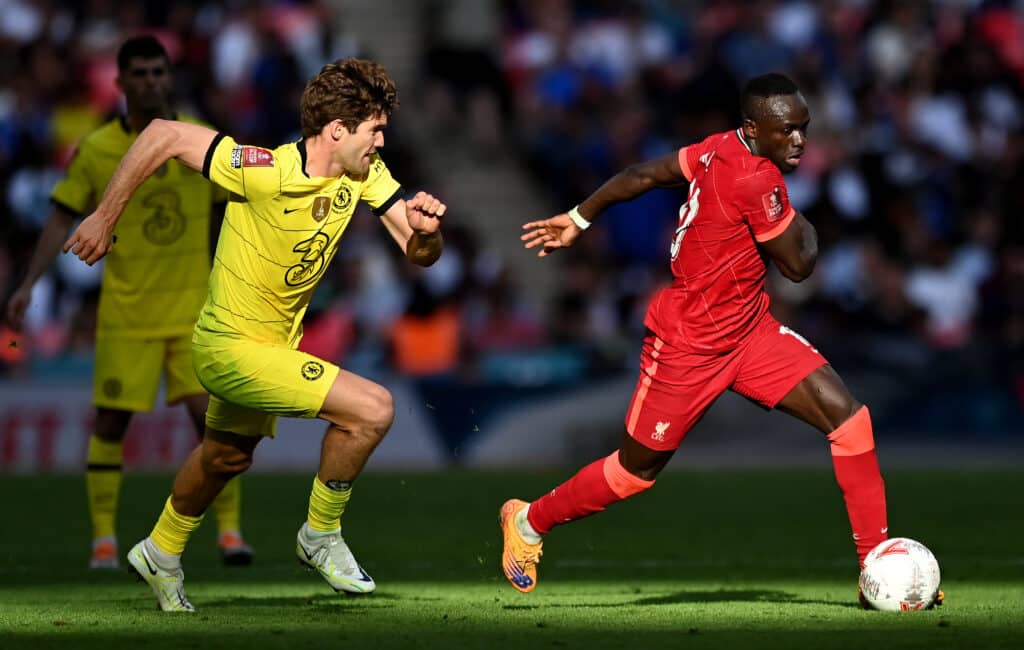 Chelsea remained largely on top in the second half and began to build momentum facing their own set of supporters, with Alexander-Arnold having to make a crucial interception to deny Pulisic from tapping in from the six-yard line.

Jota created space from himself down the right to receive Naby Keita's pass before striking towards the bottom corner, but the Portuguese dragged his effort wide as missed chances continued to remain the primary theme of the afternoon.

A well-worked move saw Thiago find Keita before the latter opted to shoot rather than find the waiting Jota and Sadio Mane at the far post, with Mendy making a comfortable low save to deny the Reds midfielder.

Pulisic put another effort wide for Chelsea before Diaz cut inside from the left and looked towards the top right corner with a curling strike, but his effort went just over the crossbar.

Klopp made his second change of the afternoon in James Milner, who came on to replace Keita in a straight swap in the middle of the park, with the veteran playing the furthest forward out of the midfield trio.

Chances continued to go abegging for Liverpool with less than ten minutes left on the clock as Diaz and then Robertson both hit the post in quick succession, with Chelsea living on the edge in the latter stages. 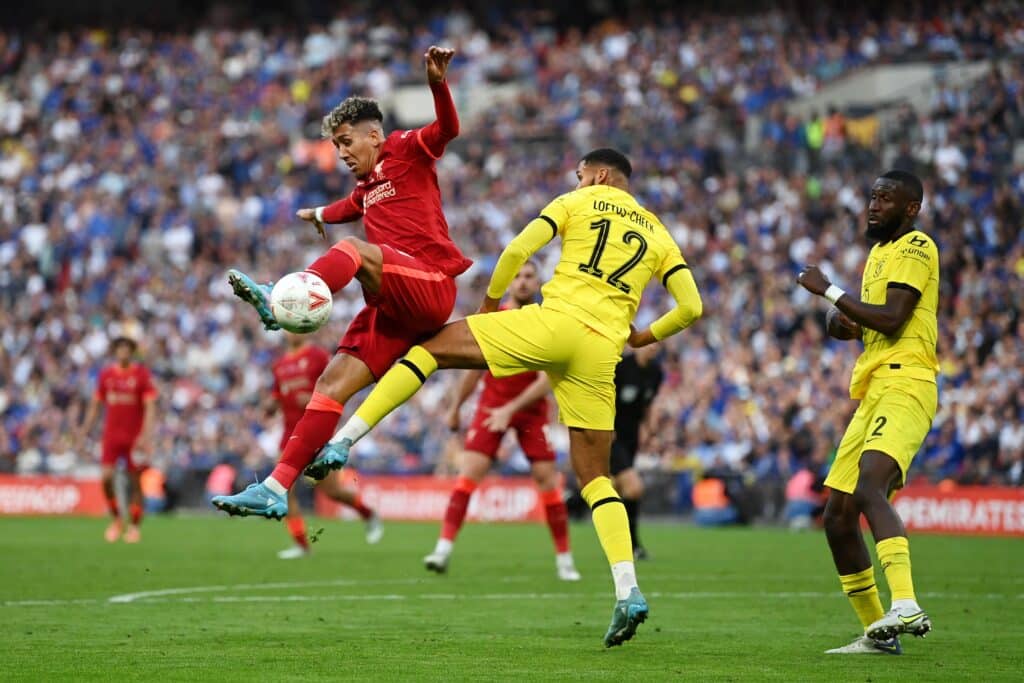 Diaz went inches wide after beating Thiago Silva to the ball and cutting inside and looking for the far post, but the ball went the wrong side of the post once again as the 90 minutes finished all square.

There was further concern for the Reds as Virgil van Dijk made way for Joel Matip before the final 30 minutes, with the Dutchman joining Salah on the sidelines after seemingly suffering a knock.

Diaz, the Reds' most threatening player of the afternoon, made way for Roberto Firmino midway through the first half of extra time, with the Brazilian coming on for his first minutes since sustaining a foot injury in the previous round against Manchester City.

It was a largely uneventful extra-time period as both sides worked the ball around but were unable to create any clear-cut chances, with the game ultimately going to penalties once again between the two sides this year. 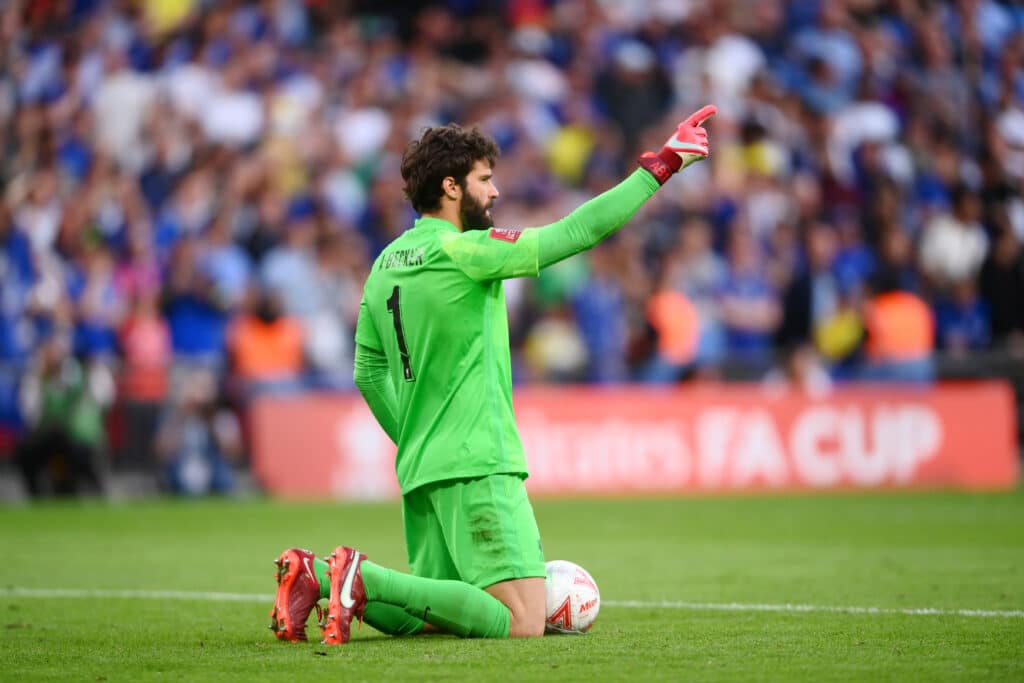 Alonso converted Chelsea's first penalty before Milner responded by converting his spot-kick, with Azpilicueta then hitting the post and Thiago converting to give the Reds a 2-1 advantage after two penalties apiece.

James and substitute Ross Barkley converted for Chelsea before Firmino and Alexander-Arnold made it 4-3. Jorginho then slotted his penalty away to make it 4-4, before Mane had the chance to clinch the FA Cup final.

However, the Senegal international was unable to find the back of the net as his penalty was saved by his fellow countryman. Hakim Ziyech then gave Chelsea the advantage before Jota slotted his penalty away.

The momentum swung back in Liverpool's favour as Mason Mount missed his spot-kick, with substitute Kostas Tsimikas making no mistake to seal the victory and give the Reds their first FA Cup final win since 2006.