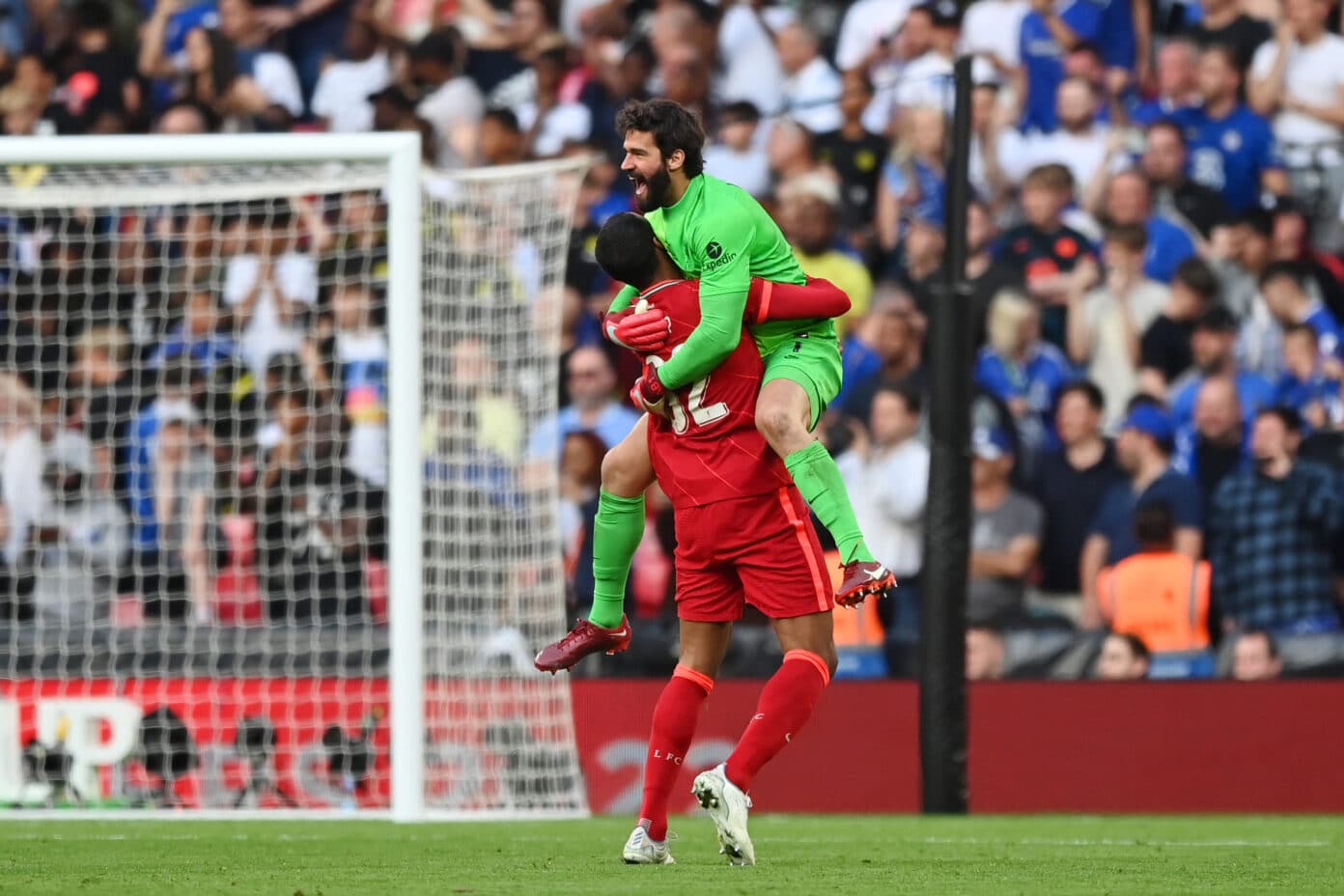 Chelsea vs Liverpool highlights: Watch the highlights and penalties as the Reds beat Chelsea 6-5 on penalties to win their first FA Cup under Jurgen Klopp.

Liverpool were quickly out of the blocks as they penned Chelsea in their own half for large spells, with Luis Diaz a constant nuisance down the left and coming closest to giving the Reds the lead but for a close-range stop by Edouard Mendy.

Chelsea began to gain a foothold in the game as the half wore on and they were bolstered by the withdrawal of Mohamed Salah, who went down with a supposed muscle injury, with Diogo Jota coming on to replace the Egyptian after a little over 30 minutes played.

Jota had a chance on the stroke of half-time but he flashed his effort over the crossbar as both sides went into the break on level terms. Chelsea started the second half stronger of the two sides with the Reds having to dig deep at times to avoid going behind.

There were chances for both sides, with a handful falling for the Reds in the latter stages, but the 90 minutes finished with the score still at 0-0, with both sides having to head into extra-time for the second time this season.

It remained goalless after a cagey final 30 minutes, with spot-kicks required to separate the two sides, as with the Carabao Cup final back in February.

Sadio Mane missed the chance to seal victory with the Reds' final spot-kick after Cesar Azpilicueta had missed his penalty, but Mason Mount's penalty was saved by Alisson before Kostas Tsimikas made no mistake with his kick as he slotted away his penalty to clinch Liverpool's eighth FA Cup triumph - and the first since 2006.