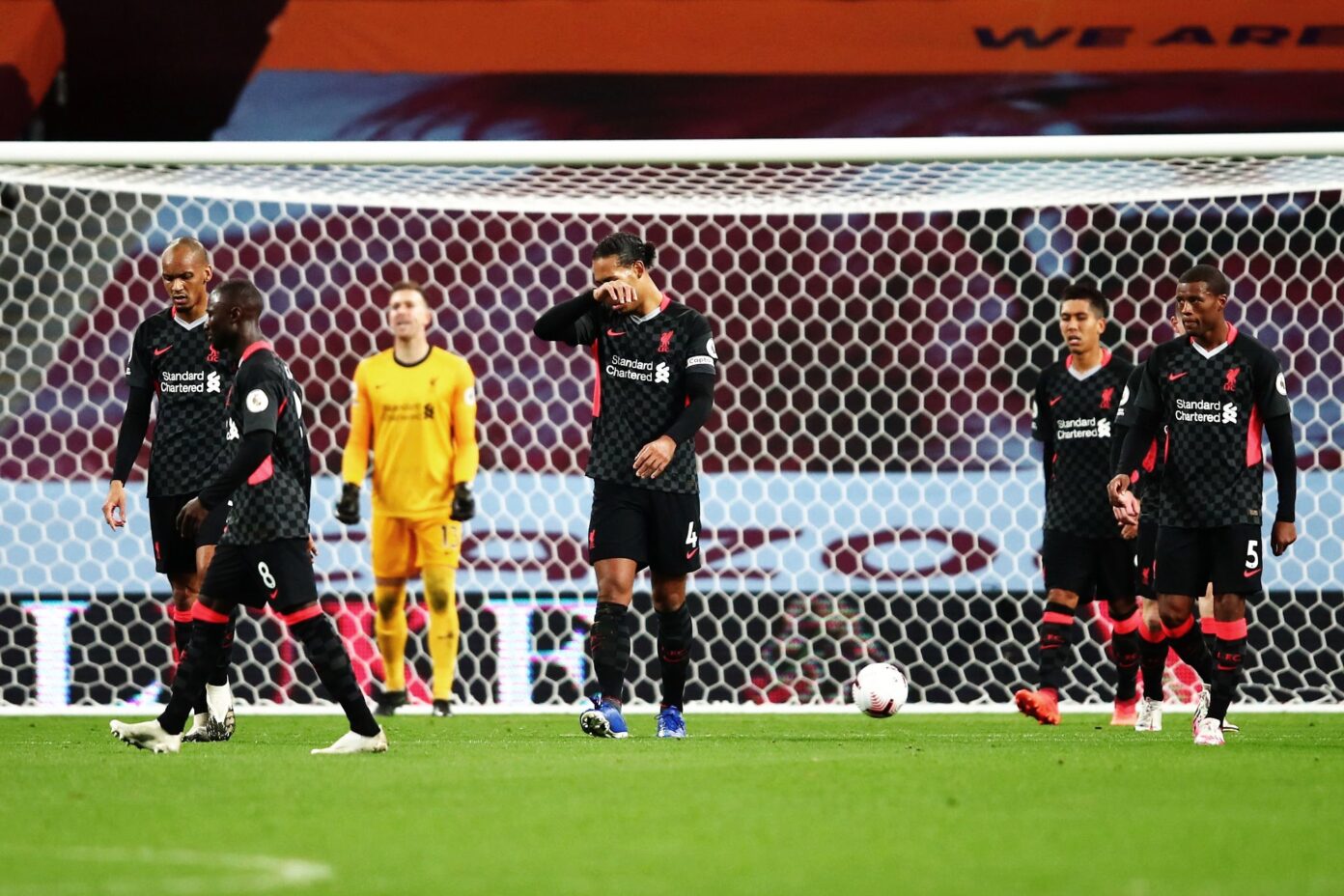 Liverpool were humiliated by Aston Villa as they crashed to a 7-2 defeat at Villa Park in the Premier League.

It was the kind of night the Reds have so rarely had to deal with under Jurgen Klopp as Aston Villa put an astonishing seven goals past them on Sunday night - the most conceded by the Reds in a competitive fixture since 1963.

The result sees the Reds concede their 100% record at the start of the Premier League season, while questions will undoubtedly be asked about how the reigning champions could fall to a defeat such as this. 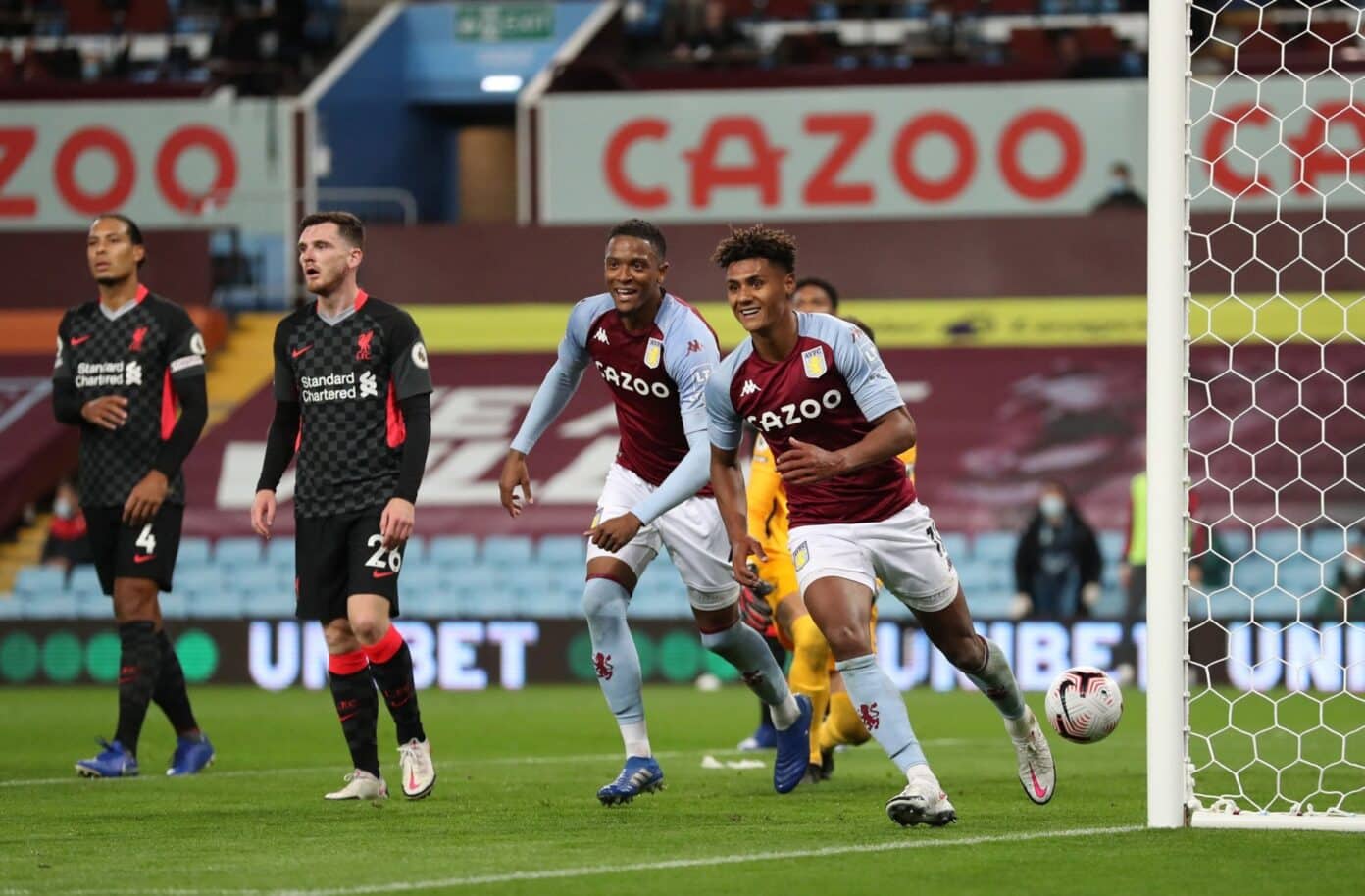 Adrian started in place of Alisson, who suffered a shoulder injury in training, with Diogo Jota filling in for Sadio Mane, who is self-isolating due to coronavirus.

The Reds made a horror start to the game with Adrian adding to his growing collection of errors at Liverpool, giving the ball away to Jack Grealish in the box.

Grealish looked up and found Ollie Watkins, who calmly rolled the ball past Adrian to make it 1-0 to the hosts inside four minutes.

Liverpool responded well and looked likely to get a leveller as Andy Robertson's crosses into the box caused Villa plenty of problems. 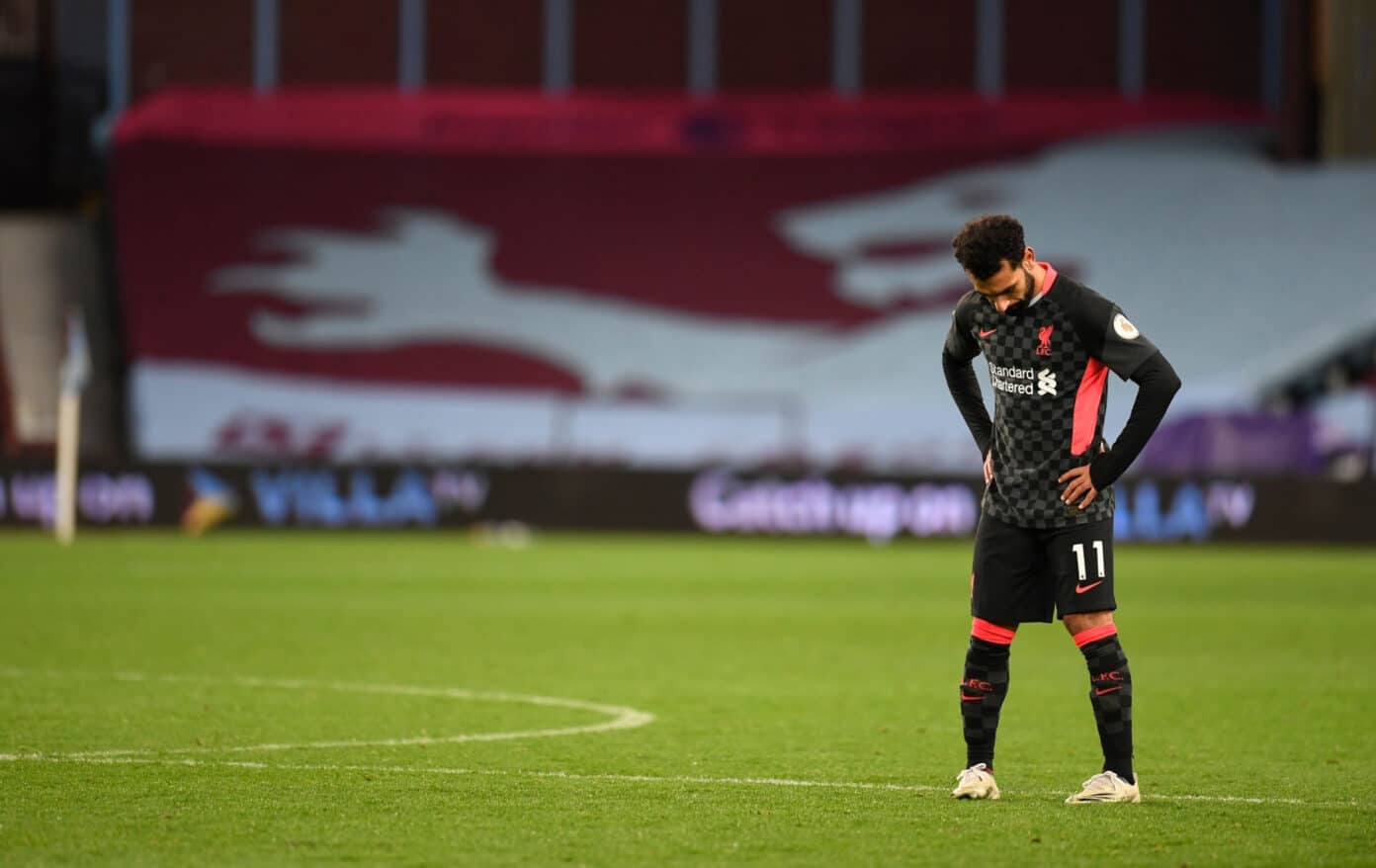 Roberto Firmino and Naby Keita both had chances but were denied, while Mohamed Salah had a shout for a penalty after being brought down by John McGinn.

Despite Liverpool looking threatening, it was Villa who doubled their advantage midway through the first half as Watkins cut inside Joe Gomez and dispatched the ball past Adrian for his - and Villa's - second of the game.

There were shades of Liverpool's 3-0 defeat to Watford at the back end of last season, although the Reds looked better than on that day - at least for the time being.

Diogo Jota had a sighter of goal as he came in from the left and looked to dink the ball over Emi Martinez, who tipped the ball over the crossbar.

Barkley could have made it three as Grealish found him again - this time running through the Reds defence - but the midfielder couldn't hit the target as the Reds breathed a sigh of relief.

Liverpool pulled themselves back into the game as Jota found Keita in the box after a good run, with the Guinean's blocked effort falling into the path of Mohamed Salah, who fired the ball into the back of the net.

But Villa restored their two-goal cushion just two minutes later as the ball landed at the feet of John McGinn at the edge of the box, with his shot deflecting off Virgil van Dijk and whizzing past Adrian in goal.

Remarkably, things got worse for the Reds as Trezeguet snaked in behind during a set-piece and squared the ball to Watkins, who netted his hat-trick and gave Villa a hugely unexpected 4-1 lead at half-time.

Takumi Minamino replaced Keita at the break as Klopp looked to shake things up. The Reds seemed to adopt a 4-2-3-1 formation at the start of the second half, with Minamino playing in the hole. 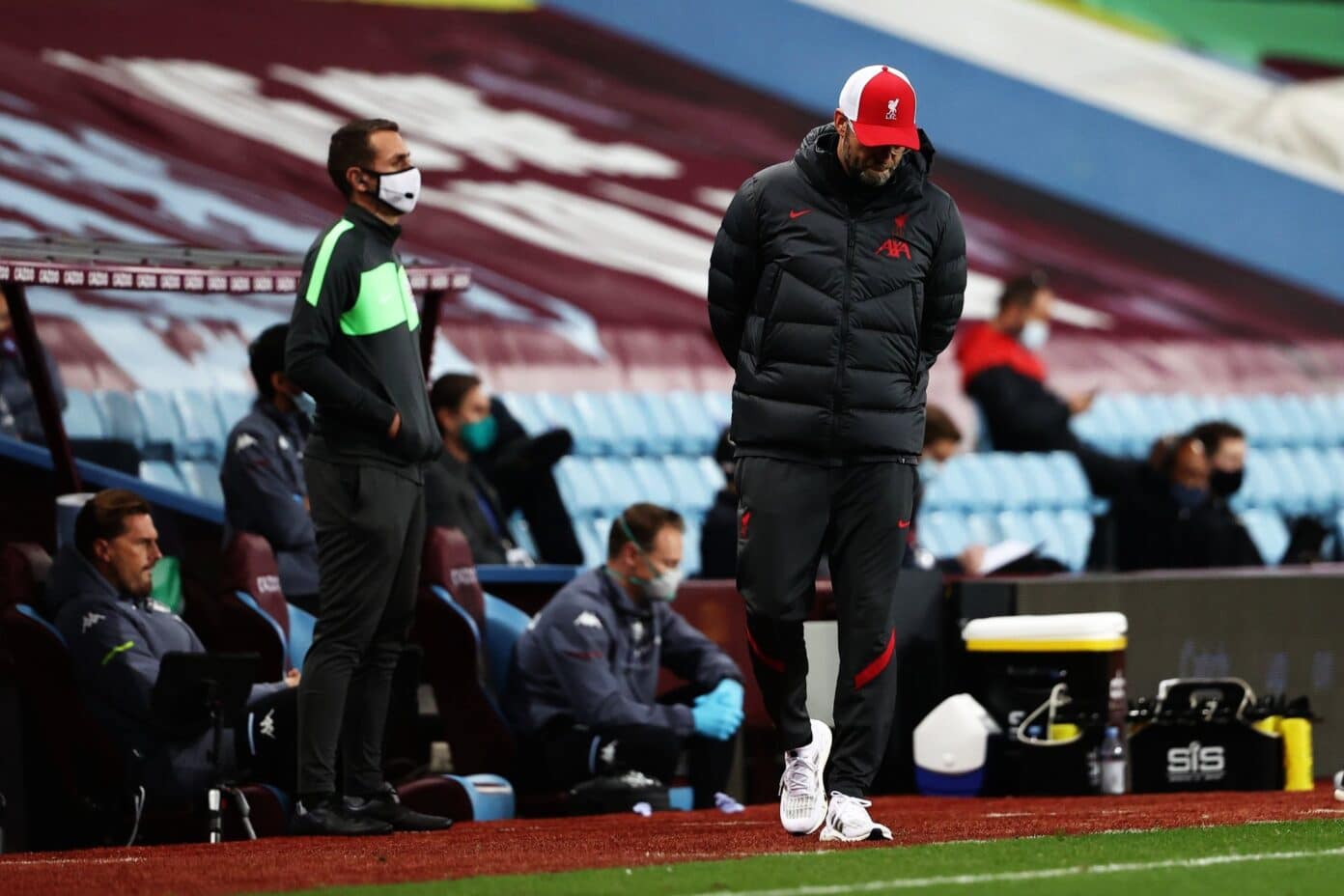 The change didn't seem to have much of an effect as Dean Smith's side went 5-1 up after ten minutes. Barkley, who came close twice previously, saw his effort take a deflection off Trent Alexander-Arnold and looped past Adrian in goal.

Liverpool responded five minutes later as an incisive pass by Firmino played Salah through on goal, with the Egyptian calmly slotting the ball past Martinez.

Gomez, who struggled in the Reds defence, made way for Curtis Jones as Fabinho moved back into defence alongside Van Dijk.

But it didn't stem the flow as Villa added a sixth. Grealish came inside from the left and got his shot off, with the ball striking Fabinho and rolling past Adrian.

Villa kept at it and scored again less than ten minutes later as Grealish was played through on goal by McGinn, with the midfielder flicking the ball over Adrian to make it 7-2.

The home side could have had ten on another night, with Liverpool shocking at the back and Villa opening them up with ease. But it didn't 7-2 as the Reds suffered their worst result in the Premier League era.