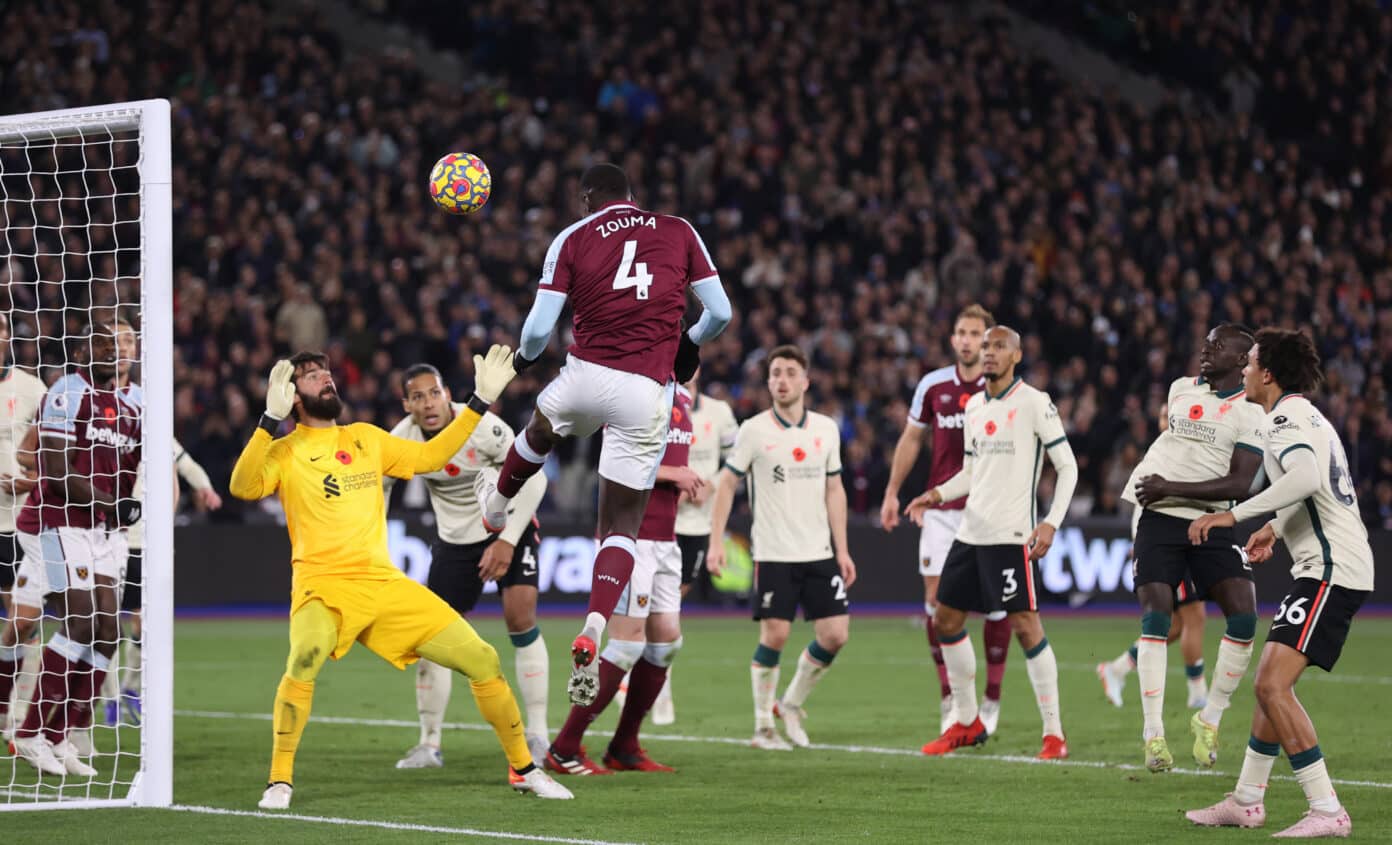 West Ham 3-2 Liverpool highlights - Watch the goals and highlights as the Reds succumbed to their first defeat in 26 games at the hands of West Ham United on Sunday afternoon.

The Reds went behind inside the opening five minutes as Pablo Fornals' corner found its way into the back of the net from a deft Alisson touch. The Brazilian appeared to be restricted by Angelo Ogbonna's presence in front of him, but the goal stood despite a lengthy VAR check.

Liverpool dominated the ball but were unable to find an opening against a well-drilled West Ham defence for much of the half, with Diogo Jota having the best chance from a Jordan Henderson cross, but the Portuguese headed over the crossbar.

The Reds eventually found an equaliser through Trent Alexander-Arnold, who combined with Mohamed Salah from a free-kick at the edge of the box before curling the ball into the back of the net to make it 1-1 before the break.

Both sides had chances to take the lead at the start of the second half, with Craig Dawson hitting the crossbar from another dangerous Fornals corner before Mane's close-range volley landed straight into the arms of Lukasz Fabianski.

West Ham were the more impressive of the two sides as the half wore on and they were rewarded with a goal from Fornals, who latched on to Jarrod Bowen's through ball from a quick break before finding the back of the net through the hands of Alisson to make it 2-1.

Things went from bad to worse for Liverpool just minutes later as they were undone from yet another corner, with Bowen's lofted cross being met by Kurt Zouma at the far post, with the former Chelsea defender heading the ball past Alisson to put the hosts in total control of the game.

The likes Divock Origi and Takumi Minamino joined earlier-substitute Thiago on the field as Klopp looked for his side to find a way back into the game. Origi answered the call as his turn and finish from the edge of the box made it 3-2 with a little over seven minutes left on the clock.

Mane had a golden opportunity to level the scores from Alexander-Arnold's cross but he failed to hit the target before Origi's header went straight into the arms of Fabianksi as it finished 3-2 to David Moyes' side, who go above the Reds in the table.