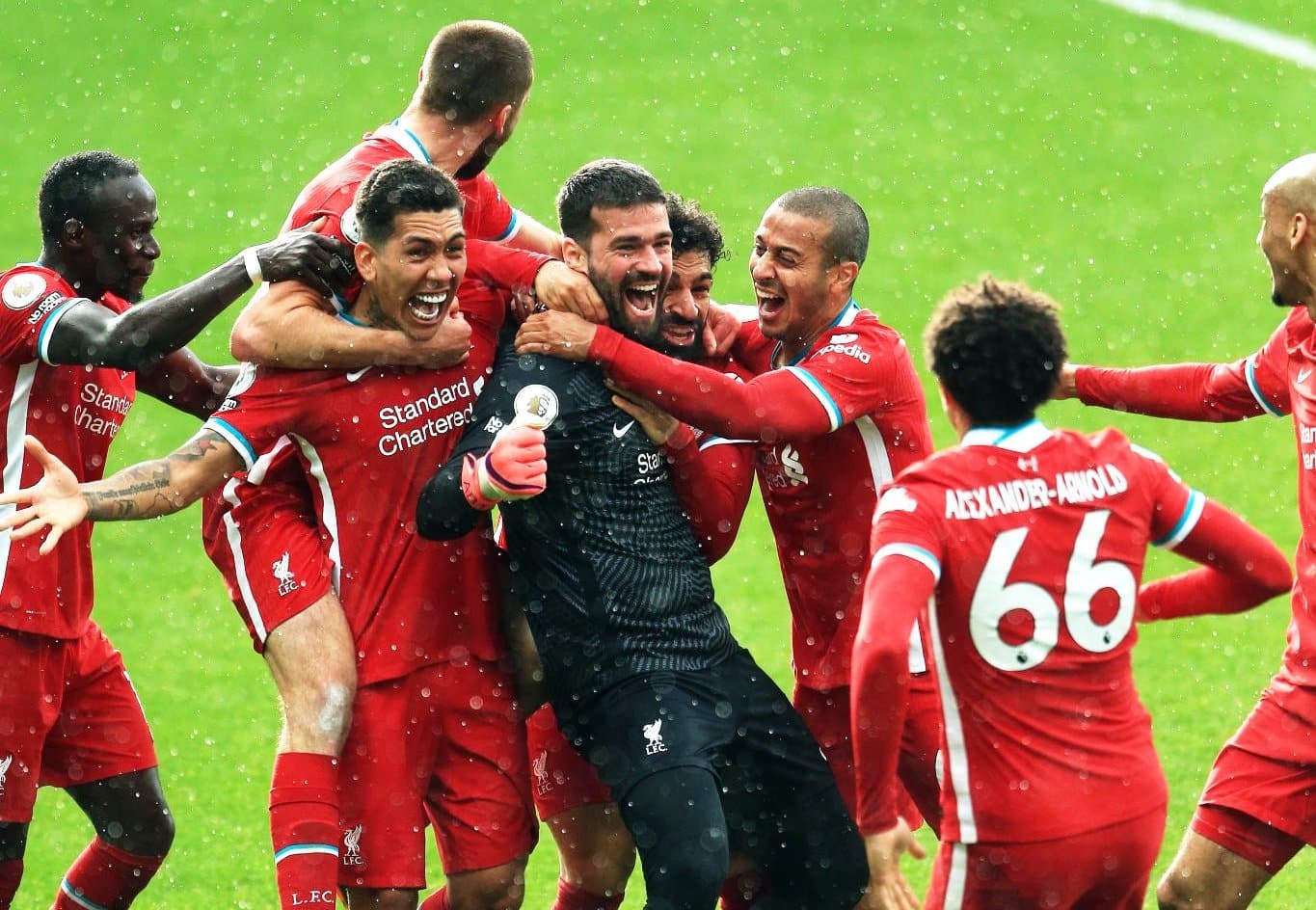 West Brom vs Liverpool highlights - Watch all the highlights as a Mohamed Salah strike and a last-minute header from Alisson gave the Reds a 2-1 win over West Bromwich Albion.

Curtis Jones and Sadio Mane were reintroduced to the starting eleven, with Gini Wijnaldum and on the bench, and Diogo Jota left out altogether - with Jurgen Klopp confirming the latter's season is over after suffering a knock against Man United.

Liverpool failed to impose their game on the hosts inside the opening exchanges, with Sam Allardyce's side looking to get on the front foot themselves rather than just sitting back.

The Reds found themselves behind inside the first 15 minutes as Hal Robson-Kanu drifted into space behind Rhys Williams before coolly slotting the ball past Alisson to give the hosts a surprise 1-0 lead.

Liverpool began to play themselves into the game through the combination of Fabinho and Thiago, who began to control the midfield and find incisive passes through the lines.

The Reds drew level just after the half-hour mark as the ball fell at the feet of Mohamed Salah at the edge of the box, with the Egyptian taking on a first-time shot and slotting the ball into the bottom left corner to make it 1-1.

Roberto Firmino hit the woodwork a few minutes later, with both sides level heading in the break. Mane then saw a goal ruled out for offside straight after the restart, after he had got on the end of an inviting Salah cross.

Liverpool were creating plenty of half-chances but lacked the final piece of the jigsaw, with the Baggies also posing a threat going the other way.

Kyle Bartley turned the ball home from a West Brom corner to seemingly deliver a cruel blow to the Reds, but the goal was disallowed due to Matt Phillips obstructing Alisson's view.

With just seconds remaining, Alisson came up for a Liverpool corner and incredibly headed the ball into the back of the net to give the Reds a crucial 2-1 win, which could see them clinch a place in next year's Champions League.

It was a remarkable finish to the game and the Reds' fate remains in their hands as they now look for top-four rivals Chelsea and Leicester to battle it out at Stamford Bridge on Tuesday.