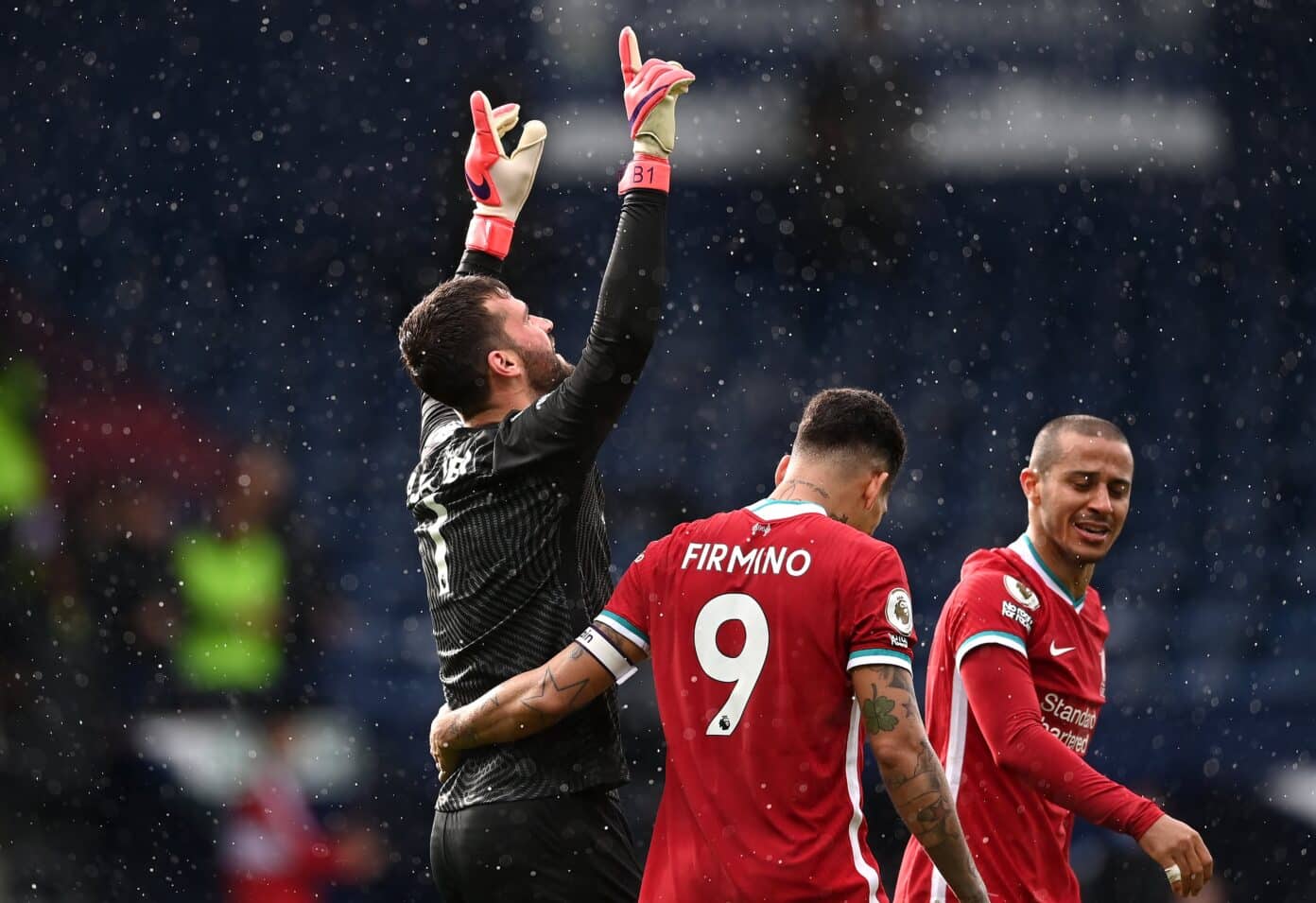 Liverpool came from behind to beat West Bromwich Albion 2-1 thanks to a Mohamed Salah strike and an astonishing last-minute winner from Alisson.

Liverpool found themselves behind early on through a tidy Hal Robson-Kanu finish but Mohamed Salah's first-time finish from the edge of the box saw both sides go into the break on level terms.

The Reds kept going in the second half and found a dramatic last-minute winner as goalkeeper Alisson came up for a corner and remarkably found the back of the net with a brilliant header.

The result means Liverpool's fate in the top four remains in their hands, with the Reds now just one point adrift a top-four spot with two games left. 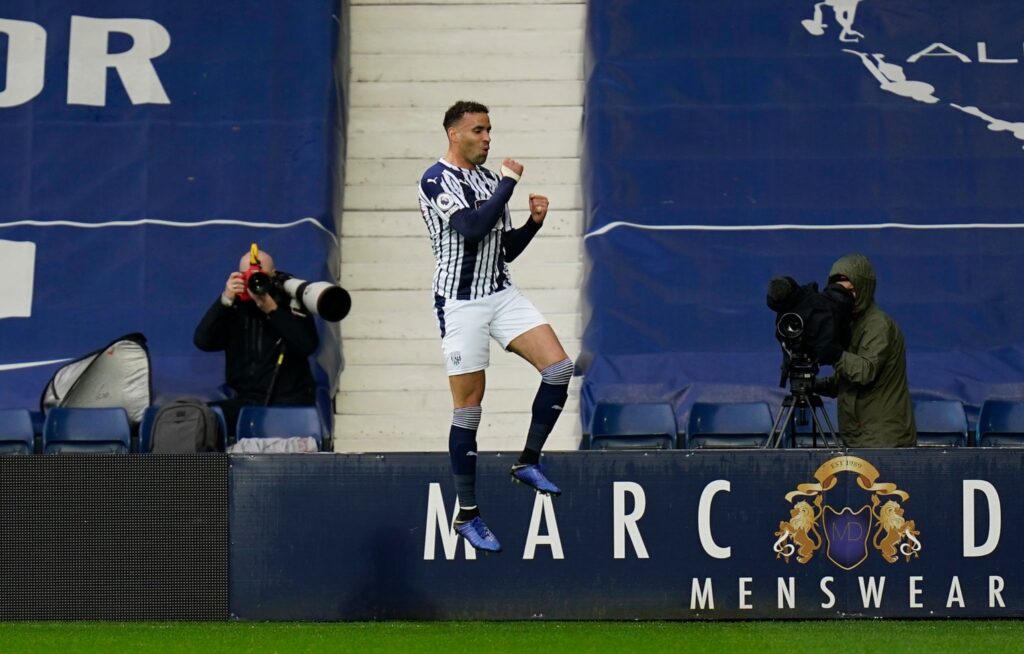 Jurgen Klopp confirmed pre-match that Diogo Jota's season is over with a foot injury picked up in midweek, with Sadio Mane drafted back into the starting eleven. Elsewhere, Curtis Jones replaced Gini Wijnaldum in the middle of the park.

Thiago had an early sighter from outside the box which was blocked before Nathaniel Phillips and later West Brom's Semi Ajayi headed wide twice in quick succession.

It was a relatively even start between the two sides, with the Baggies in no mood to simply sit back and absorb the Reds' pressure.

The hosts were rewarded for their early endeavour as they took a surprise lead in the 15th minute. Hal Robson-Kanu got in behind Rhys Williams and calmly curled the ball into Alisson's far post to make Liverpool's task all the more challenging.

An excellent move featuring Fabinho and Thiago saw the latter set Mane up for a brilliant chance from inside the box, but the Senegal international disappointing failed to direct his shot at goal - epitomising his season and run of form. 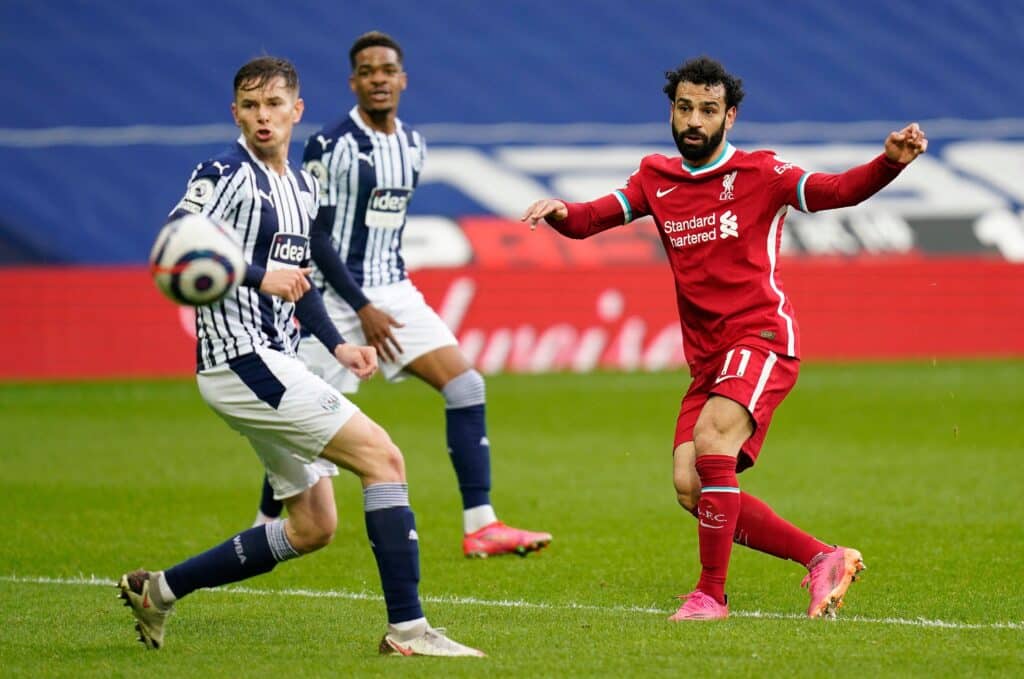 A cross-field pass by Trent Alexander-Arnold found Mohamed Salah running into the box, with the No.11 controlling the ball exquisitely but unable to place his shot anywhere but straight into goalkeeper Sam Johnstone's arms.

But the Egyptian netted a few minutes later to give Liverpool the equaliser. Mane pipped the defender to the ball, which landed at the feet of Salah, who finished first-time with a fantastic effort into the bottom corner.

Roberto Firmino then nearly gave Liverpool the lead seconds after Salah's leveller, but he could only hit the woodwork after finding a pocket of space and unleashing a powerful effort at goal.

Another lapse in concentration saw Robson-Kanu go clear at goal but Alexander-Arnold rescued the Reds with brilliant last-ditch tackle just when the Welshman was set to pull the trigger. 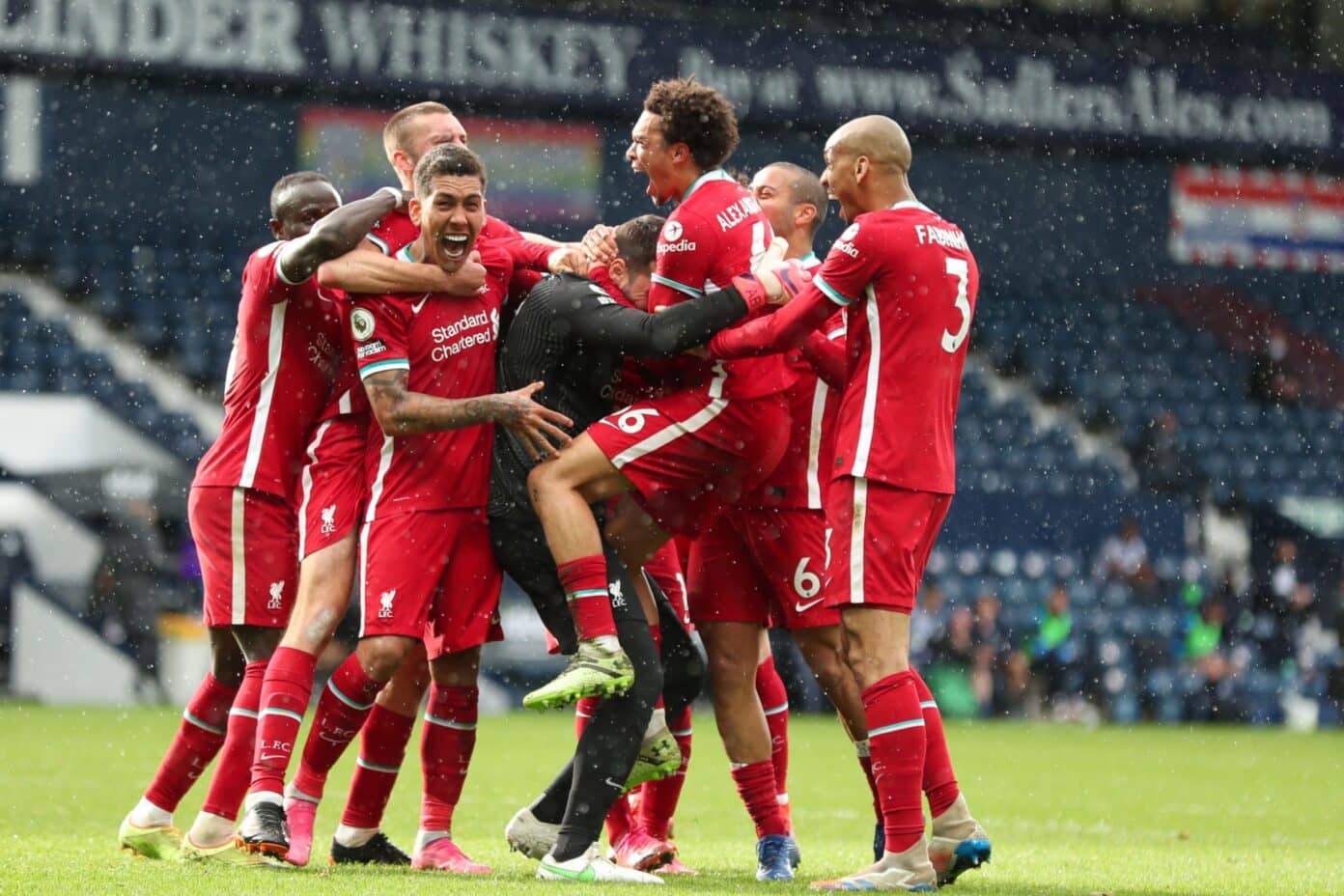 Liverpool made a fast start to the second half and had the ball inside the net after Mane prodded home from Salah's cross, but the Reds' No.10 was in a clear offside position before getting on the end of the ball, with the goal rightfully ruled out.

A blistering Liverpool breakaway saw Alexander-Arnold put Salah through in a dangerous position, but he opted to shoot from a tight angle rather than square the ball to two Liverpool bodies in the middle as the chance went begging.

Jones was withdrawn for Xherdan Shaqiri at the stroke of the hour mark as Klopp looked for his side to step up their attacking endeavours.

Despite Liverpool building pressure in West Brom's half, the hosts had the ball in the back of the net through Kyle Bartley from a corner. But the Reds were able to breathe a huge sigh of relief as it was soon disallowed for obstruction, with Matt Phillips positioned in Alisson's line of sight.

Liverpool continued to create half-chances, with Thiago pulling the strings in midfield and the likes of Alexander-Arnold and Robertson finding useful areas to put a dangerous ball in.

Alexander-Arnold should have given the Reds the lead with a little less than eight minutes left on the clock, but the right-back failed to keep his shot down after doing the hard part and creating space for himself inside the box.

A well-worked move saw Thiago fire a powerful strike at goal, but Johnstone was up to the task as he nudged the ball behind to safety.

A fantastic set-up by Salah gave substitute Wijnaldum the perfect opportunity to steer the ball into the back of the net, but the Dutchman put too much on his effort as the ball fired over the crossbar.

With just seconds on the clock, Alisson came up for a Reds corner in a last-ditch effort to save the game. The Brazilian rose in majestic fashion and nodded the ball past Johnstone to sensationally give Liverpool all three points.