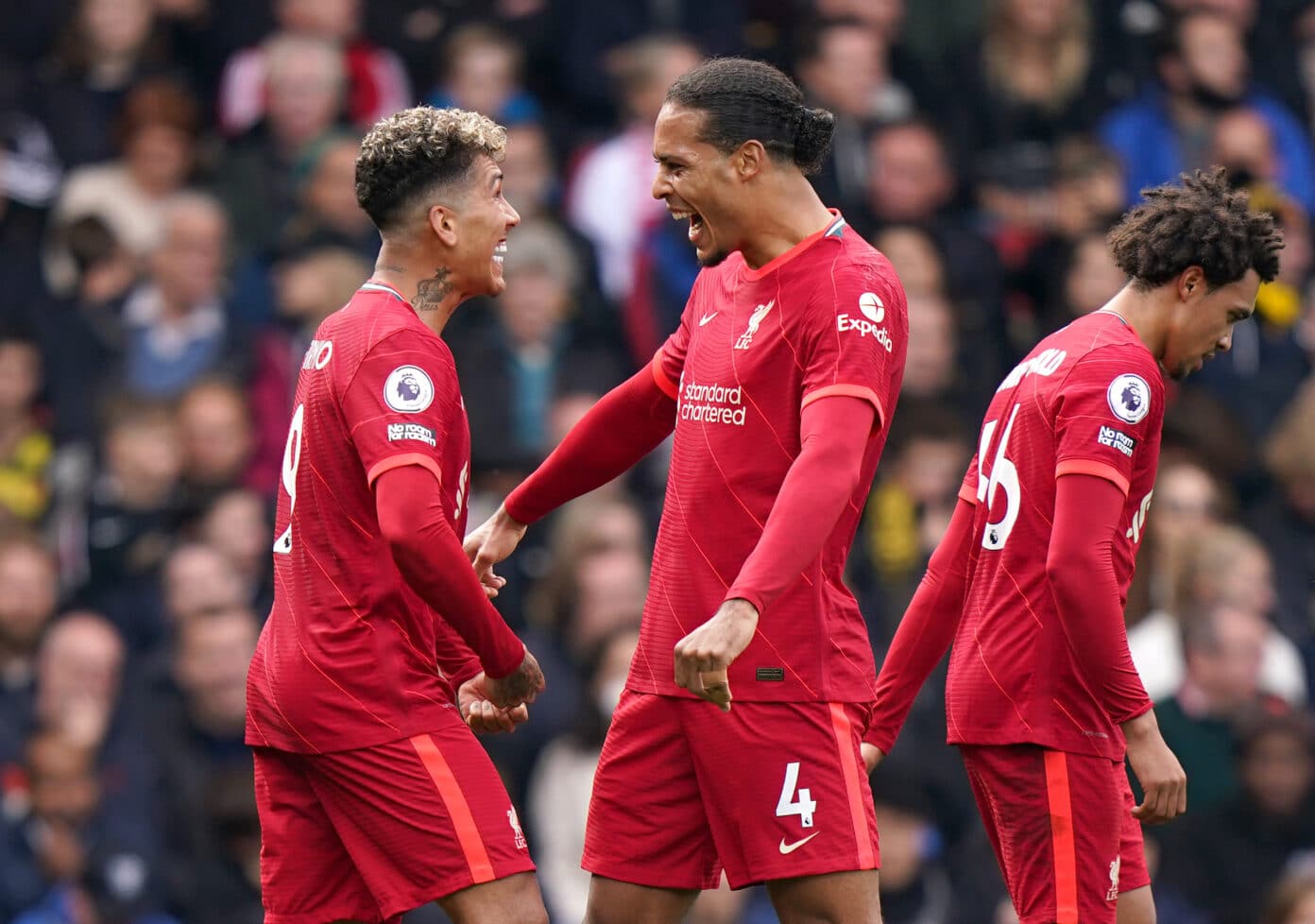 Liverpool ran riot against Watford as they cruised to a 5-0 win over Watford in the Premier League in the early kick-off on Saturday.

Liverpool dominated the entirety of the first half against a toothless Hornets side, with goals from Sadio Mane and Roberto Firmino giving the Reds a much-deserved 2-0 lead at the break.

A wonderful individual goal by Mohamed Salah was sandwiched between two Firmino goals as the Brazilian clinched a hat-trick in a comprehensive 5-0 win to go to the top of the Premier League table.

It was a successful outing for the Reds as they extend their unbeaten run in all competitions to 18 games ahead of Tuesday night's trip to Atletico Madrid in the Champions League and next weekend's visit of Old Trafford. 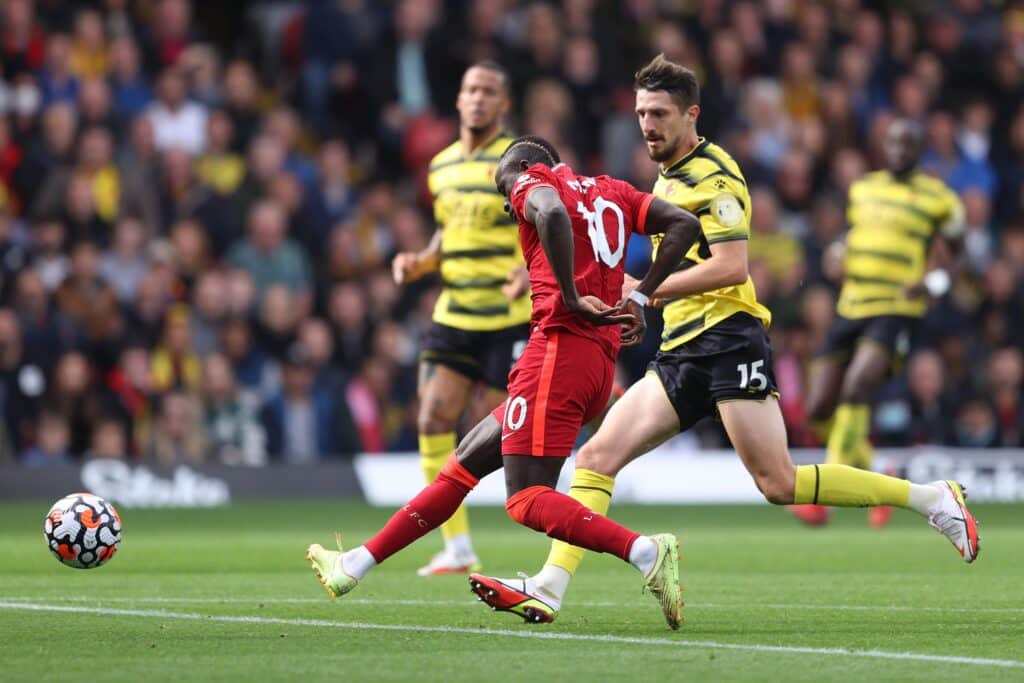 Jurgen Klopp made four changes to the side that faced Manchester City prior to the international break, with Alisson, Fabinho, Thiago and Curtis Jones all sidelined.

Liverpool looked to get into their rhythm from the off as Mohamed Salah struck the woodwork inside the opening stages, although the linesman had raised his flag for offside.

The Reds took the lead in excellent fashion inside the opening ten minutes as Salah held off Danny Rose and played an incisive pass with the outside of his boot to Sadio Mane, who made no mistake his first-time finish to put Liverpool ahead and score his 100th Reds goal.

Salah looked particularly sharp and he nearly doubled Liverpool's lead just a few minutes later with a curling effort into the top corner, only for an outstretched Ben Foster to tip the ball behind for a corner. 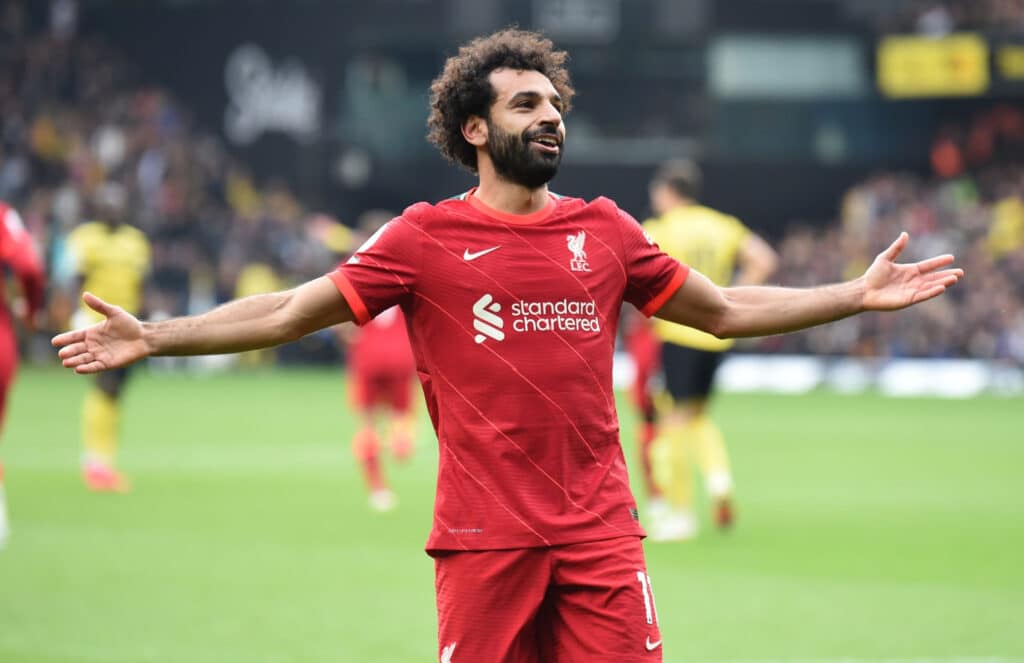 The Reds continued to impose their game on the hosts, who struggled to get out of their own half, although a rare chance for Cucho Hernández following a loose ball by Mane in midfield required Alexander-Arnold's last-ditch tackle to deny the Colombian, although the flag was eventually raised nonetheless.

Liverpool doubled their advantage less than ten minutes before the break as excellent link-up play between Mane and James Milner saw the latter square the ball for an unmarked Firmino, who tapped the ball home to make it 2-0.

Keita could have made it three just before the break as Keita picked up the ball just outside the box and unleashed a shot at goal, which took a deflection and clipped the crossbar before going behind.

The Reds looked to start the second half as they finished the first, with Salah nearly finding the back of the net with one of his trademark curling efforts after creating space for himself down the right, but Foster was alert to the danger as he denied the Egyptian with his fingertips.

But Liverpool soon made it 3-0 as Firmino bagged his second of the game. Andy Robertson's searching ball for the offside Salah was intercepted by Craig Cathcart and into the path of Foster, who spilt the ball to Firmino, who made no mistake with his close-range finish. 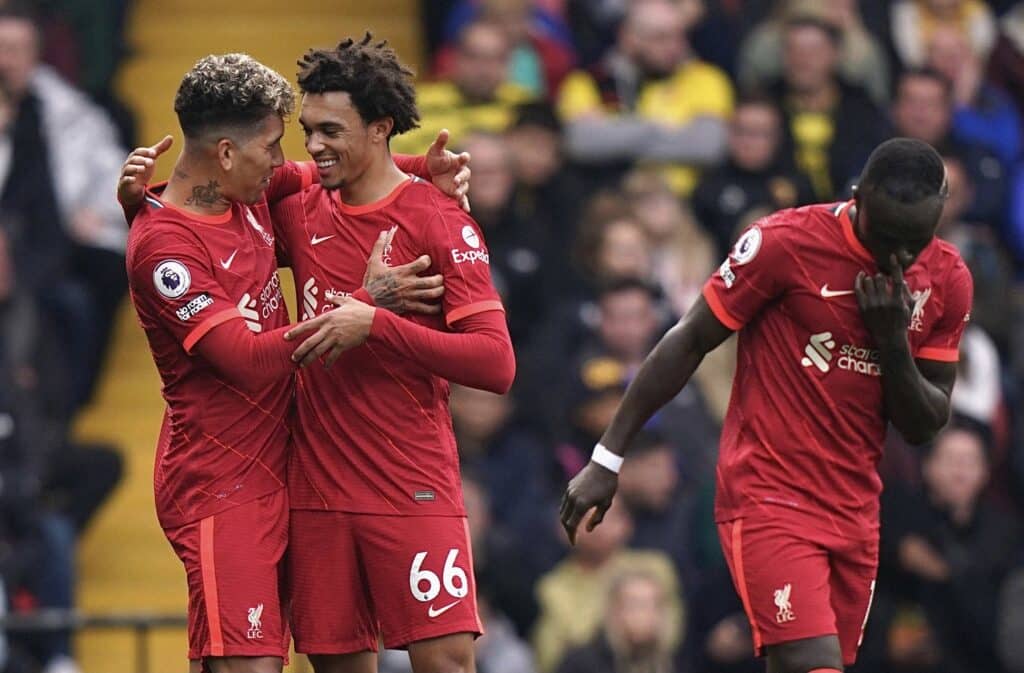 But the pick of the goals was yet to come as Salah joined in the action with another goal-of-the-season contender. The Reds forward dazzled with his feet and feinted before cutting inside and finding the far corner with an excellent finish to make it 4-0 with less than an hour on the clock.

Klopp opted to withdraw both full-backs with an eye on Tuesday night's clash against Atletico Madrid as Kostas Tsimikas and Alex Oxlade-Chamberlain came on to replace Alexander-Arnold and Robertson, with Milner slotting in at right-back.

It should have been five when a mix-up in Watford's ranks allowed Firmino the chance to nick the ball and play Mane through at the far post, but the Senegal international's left-footed finish went just wide of the post.

Watford had glimpses at goal in the latter stages as they looked for a consolation goal, with Ismaila Sarr seeing his effort tipped on to the woodwork by Kelleher, who had little else to do for much of the game.

The Reds' capped their outing with a fifth goal in the added time as Firmino tapped the ball home from substitute Neco Williams' fizzed cross to clinch his hat-trick and give Liverpool an outstanding 5-0 victory.