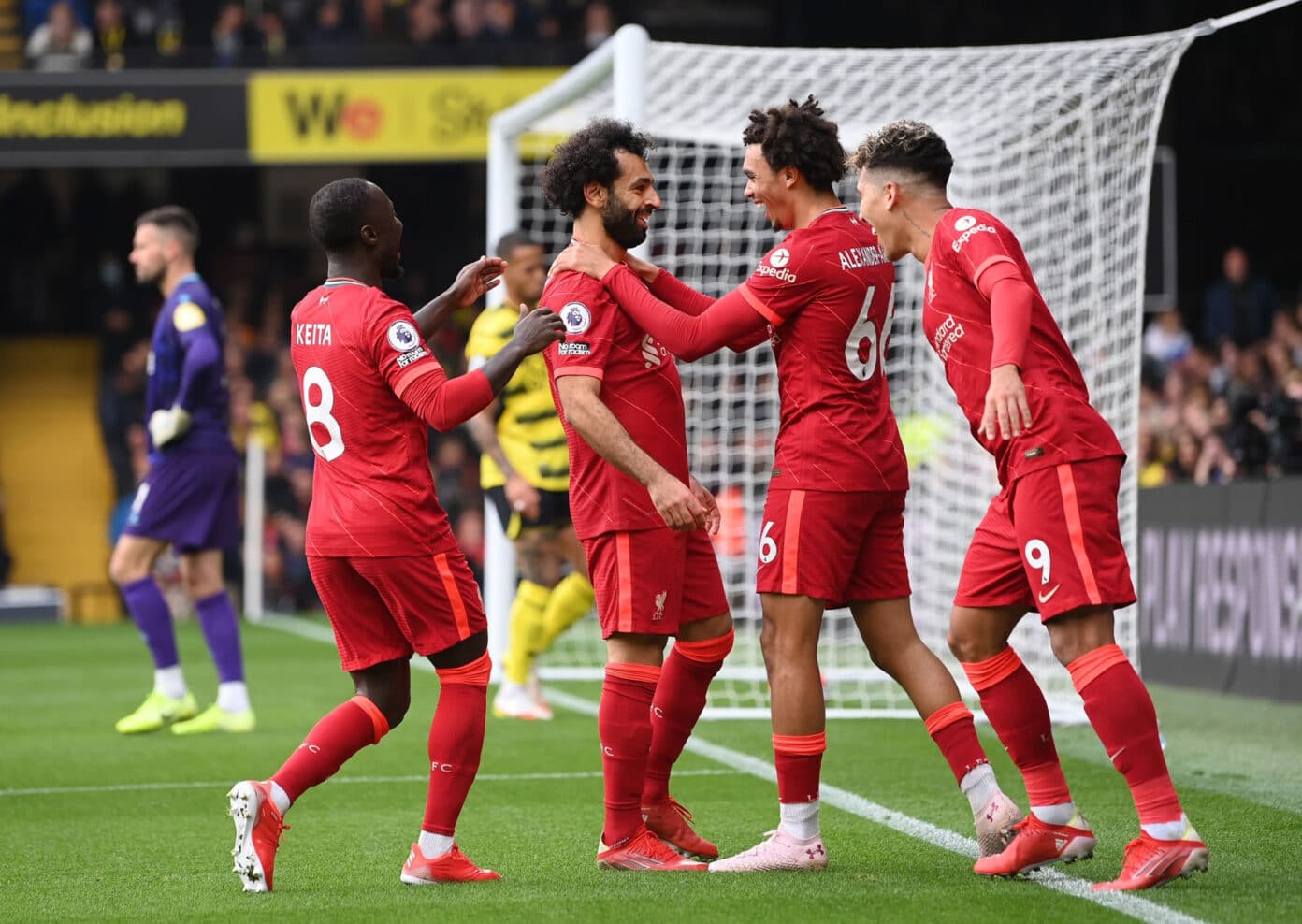 Watford vs Liverpool highlights: Watch all the goals and highlights as the Reds eased to 5-0 win against the Hornets in the Premier League.

The Reds looked in total control from the get-go as they dominated possession and seemingly created chances with ease, with an in-form Mohamed Salah looking particularly dangerous down the right.

They made their advantage count inside the opening ten minutes as Sadio Mane finished first-time from Salah's superb pass from the outside of his boot to net his 100th Reds goal and give Liverpool a deserved 1-0 lead.

The hosts struggled to get out of their own half as Liverpool impressed in every area, with only a lack of a second goal the worry for Jurgen Klopp's side after the opening first half hour.

But the second goal eventually came following a superb combination between Mane and James Milner, with an unmarked Roberto Firmino tapping the ball home from Milner's square pass to make it 2-0 and consolidate Liverpool's advantage.

The Reds started the second half with the same attacking vigour of the first as Firmino tucked home from close-range to net his second of the game before Salah produced yet another magical moment to make it 4-0 before the hour mark.

The Egyptian evaded the onrushing defenders with excellent feet as he danced into space and cut inside before placing the ball into the back of the net with a superb finish that left Foster with no chance.

Liverpool continued to dominate in the latter stages and could have made it five but for a poor finish from Mane. The hosts attempted to rally later in the game but Caoimhin Kelleher remained rarely seriously tested between the sticks.

The Reds added the icing on the cake in added time as substitute Neco Williams's drilled cross to the far post was met by Firmino, who tapped the ball home to net his hat-trick and round off a stellar 5-0 win.

The result sees Liverpool go two points above second-placed Chelsea ahead of the rest of this weekend's fixtures, with all focus now on Tuesday night's Champions League outing against Atletico Madrid before a trip to Old Trafford next weekend.