Watch: Jurgen Klopp happy with "dominant" Liverpool but dismay at VAR and challenges

Liverpool manager Jurgen Klopp gave his assessment of the Reds' dramatic 2-2 draw against Everton on Saturday.

The Reds looked sharp from the off against Carlo Ancelotti's side as they went ahead inside the opening three minutes thanks to a close-range strike from Sadio Mane.

Despite Liverpool looking like overrunning the hosts, Everton pulled themselves back level through Michael Keane, who nodded in James Rodriguez's corner.

With a little under 20 minutes left on the clock, Mohamed Salah struck his 100th Liverpool goal to give the visitors a 2-1 lead with a powerful strike from the edge of the box.

But Liverpool were pegged back soon after as Dominic Calvert-Lewin towered above the Reds defence and headed the ball past Adrian to make it 2-2.

Jordan Henderson had an injury-time winner ruled out for offside by VAR, despite replays showing there was very little in it.

Speaking after the game, Klopp told BT Sport: “The performance was top, it was a top game and a good game for both teams. We were dominant against a side full of confidence and with a clear plan.

“It was probably the best away game since I was in Liverpool. I saw a really good performance. I would be happier if we win but I wanted to see a response and see the team we were before.”

The boss had his say on VAR, admitting he was left bemused by the decisions to overlook Pickford's rash challenge and Henderson's winner. 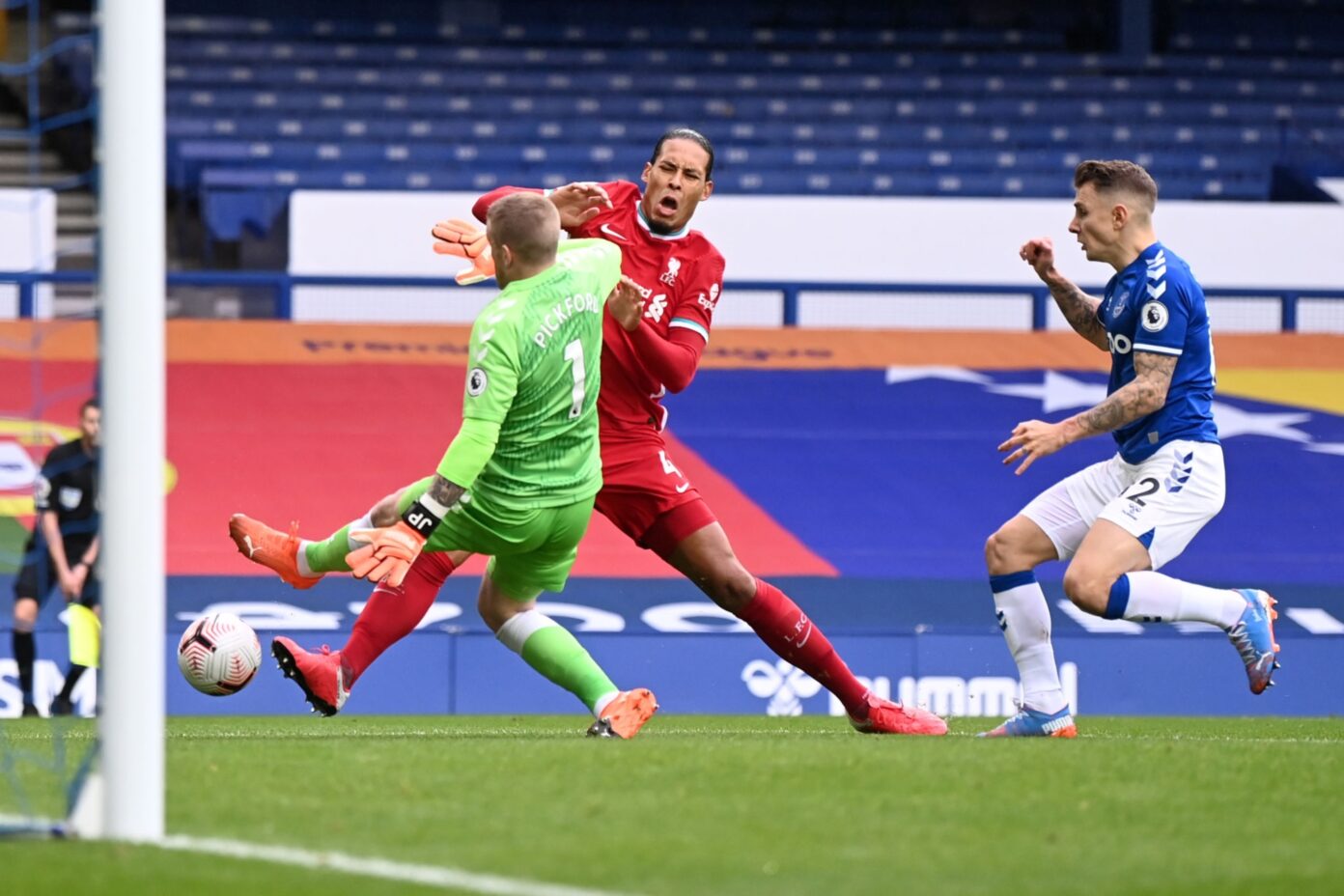 He later told reporters during his post-match press conference: "I am a real supporter of VAR. (Last season) the armpit was offside. Now, there is no armpit offside.

"Everyone tells me it was not offside but it does not lift my mood. We lost one player with Virgil and maybe another with the red card. Not our day."

Meanwhile, skipper Henderson said: "I think they bend the lines sometimes to make it offside. I'm not sure how they do it, I've seen it before.

"It's disappointing we haven't got the win. I thought the performance was very good and we deserved to win the game.

"I think Everton will be happier with the draw."