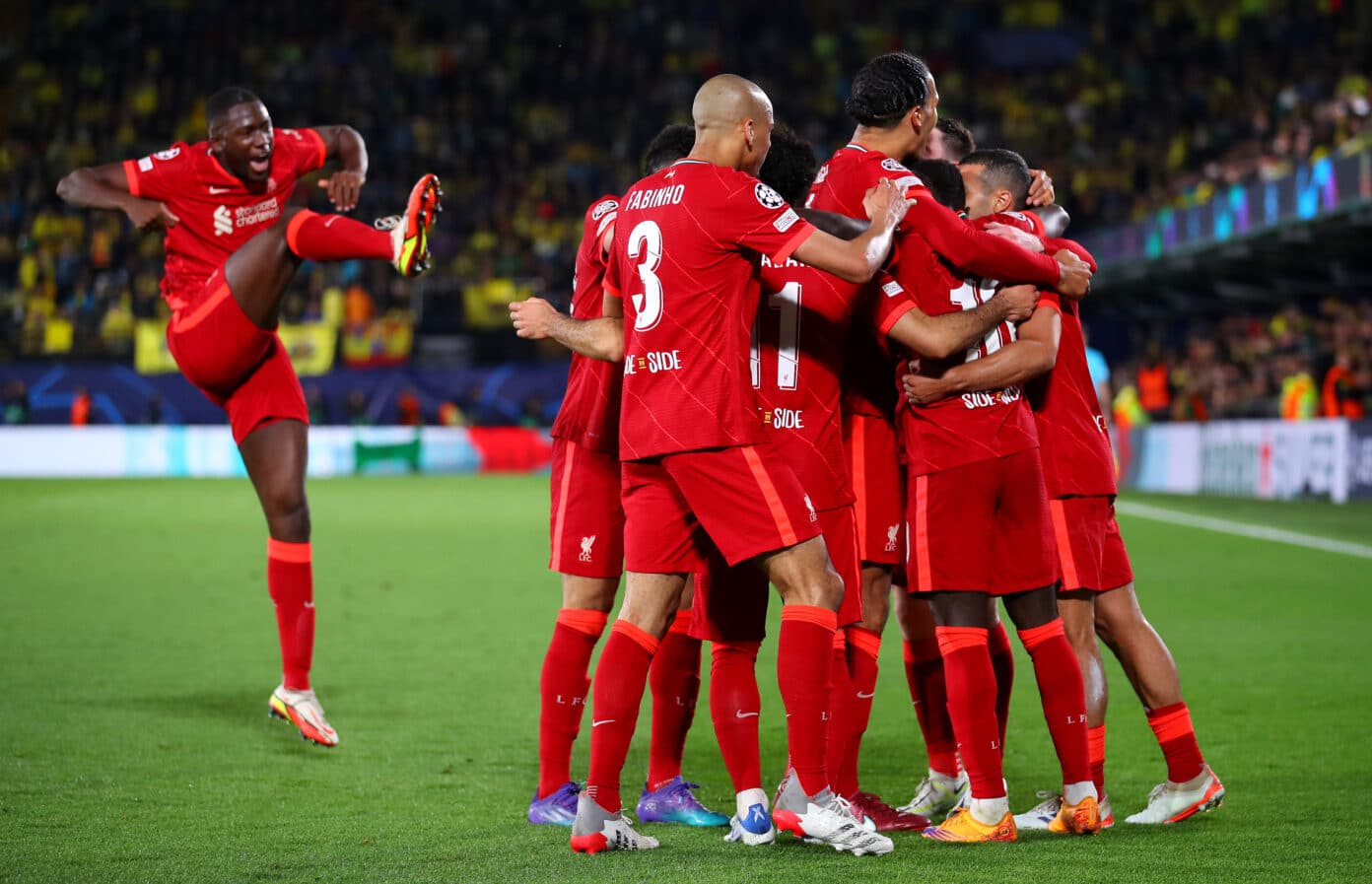 A strong second-half display saw Liverpool avert a shock Villarreal comeback as they booked their place in the Champions League final following a 3-2 win (5-2 on aggregate) on Tuesday night.

Liverpool's 2-0 first-leg advantage dissipated in a poor opening 45 minutes as an early goal from Boulaye Dia was followed by a Francis Coquelin header to level the tie at 2-2 at half-time.

But the addition of substitute Luis Diaz at the break acted as a catalyst for the Reds in the second half as they soon restored their two-goal parity through goals by Fabinho and Diaz before Mane added a third to make it 3-2 on the night and put Liverpool in total control of the tie on aggregate.

Villarreal were reduced to ten men in the closing stages but the matter had already been sealed as the Reds saw out the final minutes and confirmed their place in a third Champions League final in five years, with Real Madrid or Manchester City lying in wait later this month. 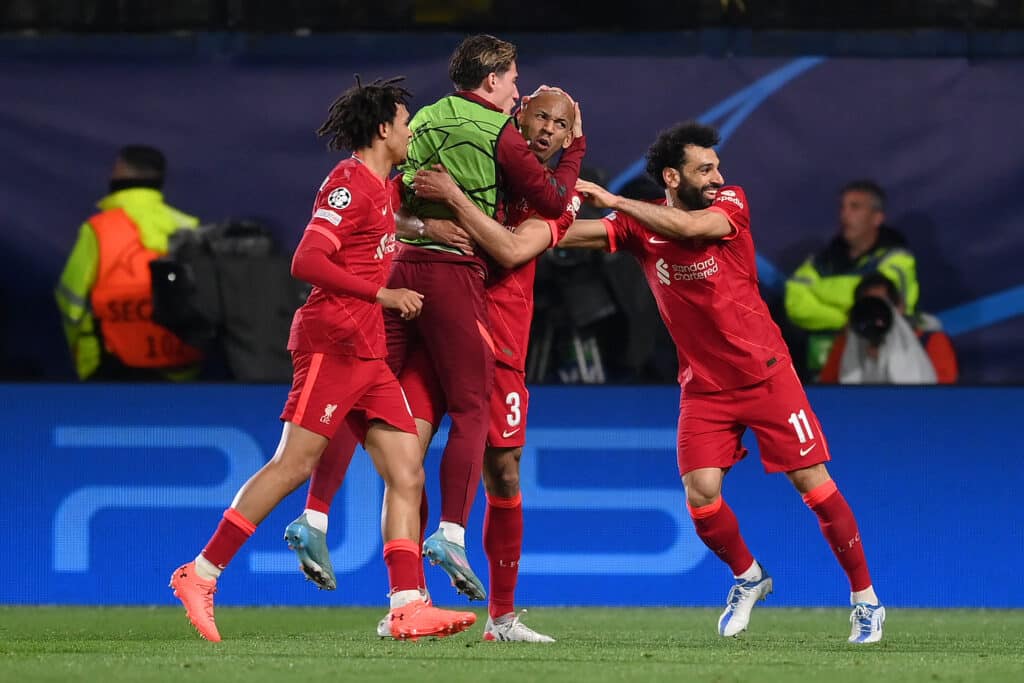 Klopp continued to ring the changes as Trent Alexander-Arnold and Ibrahima Konate returned in defence, whilst Fabinho and Thiago started in midfield and Mohamed Salah started in a front three alongside Diogo Jota and Sadio Mane.

Liverpool got off to a nightmare start as Etienne Capoue got around the back of Andy Robertson at the far post and flashed the ball across the face of goal before Boulaye Dia tapped the ball home to cut the Reds' first-leg advantage in half.

The Reds struggled to build any momentum in the opening stages, whilst Unai Emery's side were encouraged to get forward by their home support, with Robertson having to make a crucial block from Gerard Moreno's header at goal.

Liverpool stemmed the early flow against them but they were unable to get a stranglehold in midfield, with the hosts seeing the greater share of possession and knitting together more passes in the first 30 minutes.

Mane was the Reds' most involved forward but the Senegal international often found himself on the end of a strong challenge with Villarreal intent on breaking apart any counter-attacks from forming down the left. 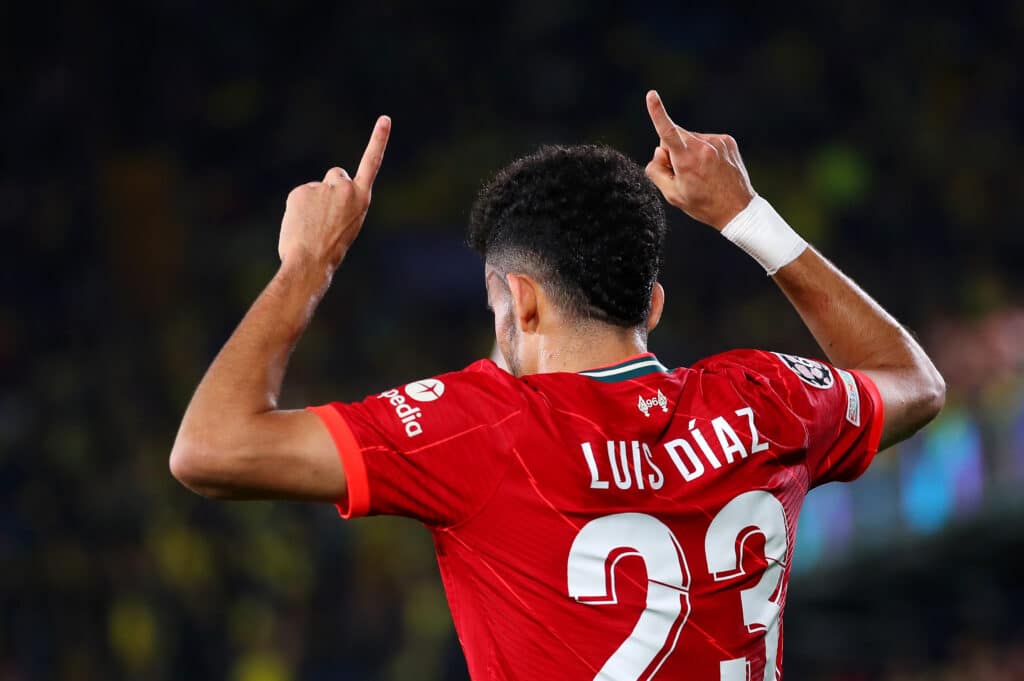 Klopp's side breathed a sigh of relief after Giovani Lo Celso had been played through on goal before he went down under the challenge of Alisson, with all eyes on referee Danny Makkelie, who opted not to award a penalty despite strong calls from the home crowd.

Despite the warning signs being clear, Liverpool fell further behind and forewent their first-leg advantage as another Capoue cross was headed into the back of the net by Francis Coquelin after he had beaten Alexander-Arnold to the ball, with the hosts going 2-0 up on the night, and 2-2 on aggregate.

Jordan Henderson looked to be the obvious pick to come on from the bench at the break but Klopp retained the same midfield in the second half, with the sole Reds change coming in the way of Luis Diaz, who replaced Jota in the front three.

A deep set-piece from Alexander-Arnold was missed by the head of Fabinho before landing at the feet of Mane, who was unable to collect the ball as it agonisingly bounced behind to safety.

Liverpool came closest through a long-range strike by Alexander-Arnold, which deflected off Coquelin and looped over goalkeeper Geronimo Rulli before falling in the direction of the goal, with the ball crashing against the crossbar and going behind. 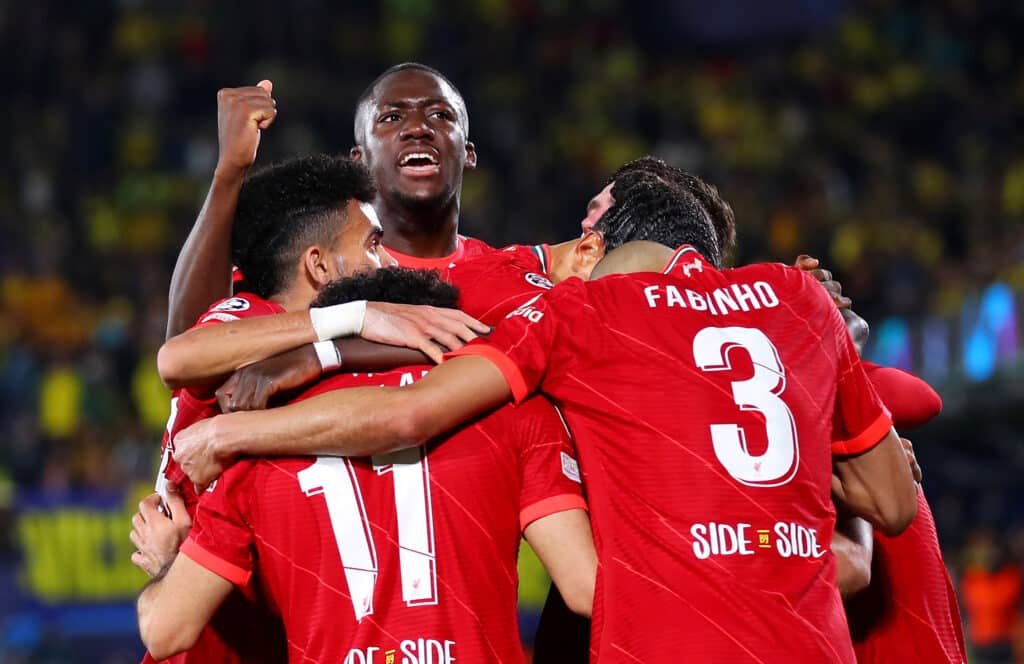 There was further encouragement as a well-worked move saw Mane swing in a left-footed cross towards the back-post for Diaz, but the Colombian shinned his acrobatic scissor kick as a glorious chance went begging for the Reds.

But Liverpool pulled one back on the night and put themselves 3-2 up on aggregate through Fabinho, who drifted into space at the edge of the box before driving a shot at goal from a tight angle, with Rulli caught off guard and allowing the ball to go between his legs and into the back of the net.

The Reds looked to compound the misery on the visitors as Diaz - who was a livewire since coming on - cut inside from the left and aimed towards the far corner, but his curling strike was deflected behind onto the woodwork and behind by Raul Albiol.

Diaz didn't have to wait long to strike, however, as Alexander-Arnold's excellent cross was met by the run of Diaz, who headed down and through the legs of Rulli to restore the Reds' two-goal advantage and level the scores on the night to put them in pole position for the final 20 minutes.

Emery's side were unable to mount a response and their task was soon made near-on impossible as the Reds consolidated their dominance, with Mane beating the offside trap before evading the challenge of the on-rushing Rulli and brushing aside Lo Celso before calmly rolling the ball into an empty net to put Liverpool 5-2 up on aggregate.

Curtis Jones, Jordan Henderson, Kostas Tsimikas and James Milner all came on in the closing stages, which included the hosts going down to ten men following a second yellow card for Capoue.

The Reds could have added another goal or two in the final minutes but it ultimately finished 3-2 on the night, and 5-2 on aggregate, with Liverpool set to face one of Real Madrid or Manchester City in the Champions League final in Paris later this month.