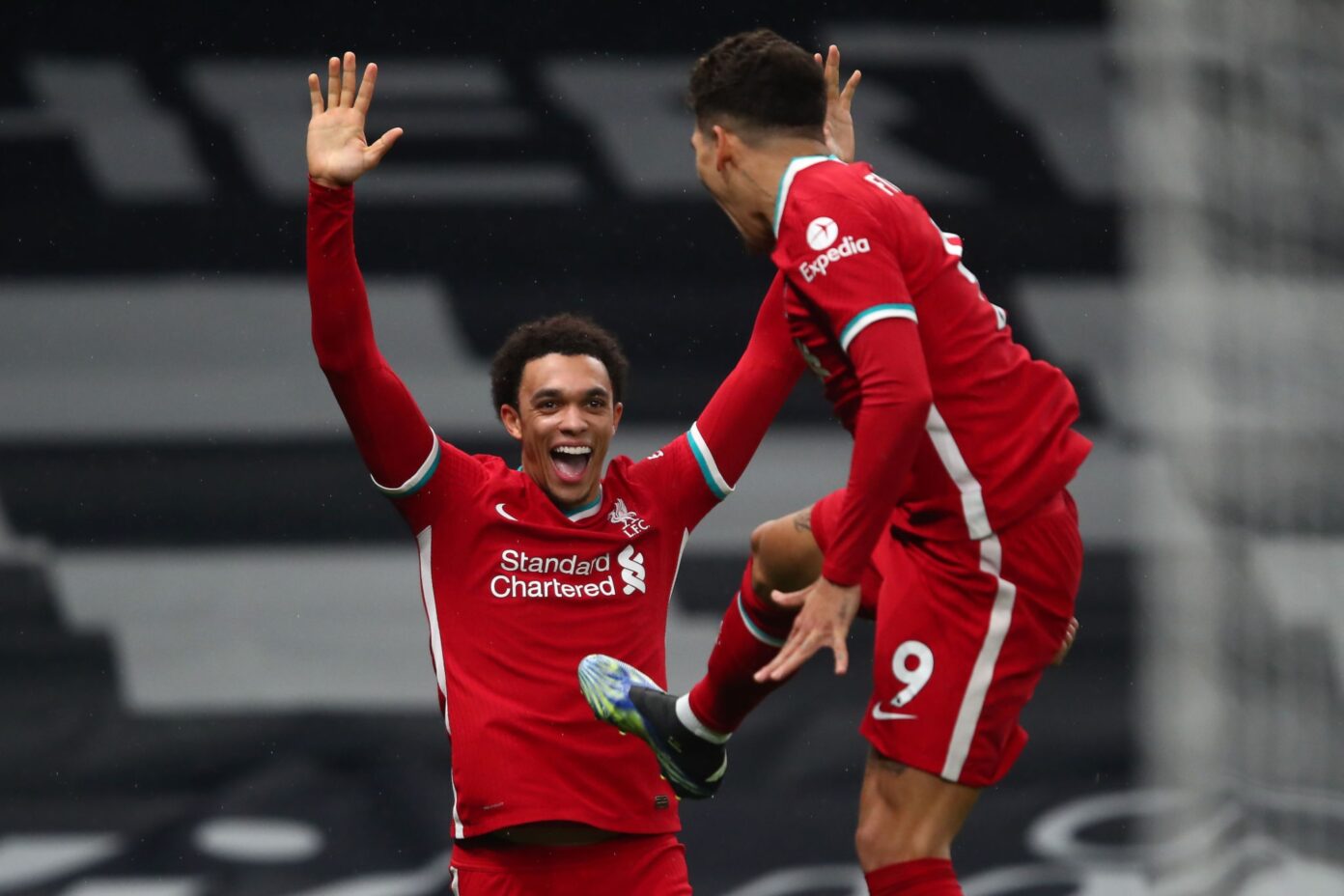 Liverpool finally put an end to their recent poor Premier League run as they convincingly beat Tottenham 3-1 on Thursday night.

Liverpool scored a Premier League goal for the first time in eight hours as Roberto Firmino put the visitors 1-0 up late into the first half.

It was all-out action after the break as Trent Alexander-Arnold doubled the Reds lead but Pierre-Emile Hojbjerg made it 2-1 with a powerful strike from distance.

Mohamed Salah had a goal ruled out for handball but Sadio Mane made it 3-1 after the hour mark to seal the Reds' first win in six games, which sees them four points away from Man City at the top of the Premier League table. 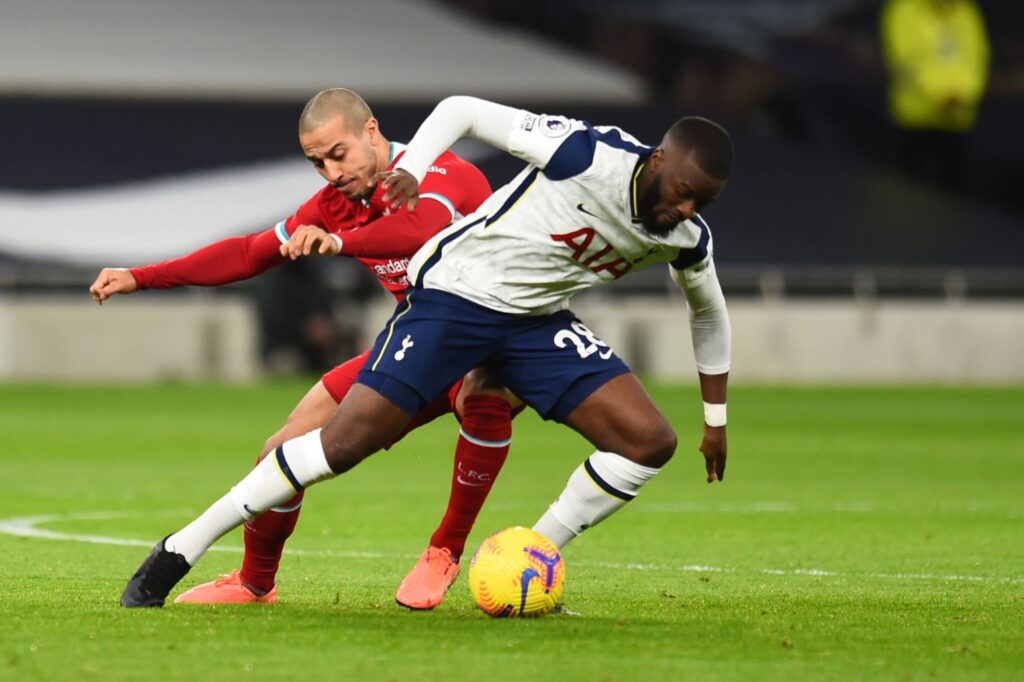 Jurgen Klopp made three changes to the side that exited the FA Cup at the weekend as Fabinho was left out due to an injury in training.

Mane had a golden chance inside the opening two minutes as he linked up with Mohamed Salah and wrestled free inside the box, but the Reds forward scuffed his effort as he fired wide of the post.

Tottenham made the Reds pay the price just seconds later as Heung-min Son did what Mane couldn't and finished with aplomb after being played through.

But VAR intervened to let Liverpool off with Son adjudged offside in the build-up. His heel appeared to be a couple of centimetres past the Reds' back-line when the through ball was played.

Roberto Firmino had a half-chance at the back post after Thiago cleverly headed across the face of the goal in search of the Brazilian, but he couldn't reach the ball with Eric Dier getting himself in the way. 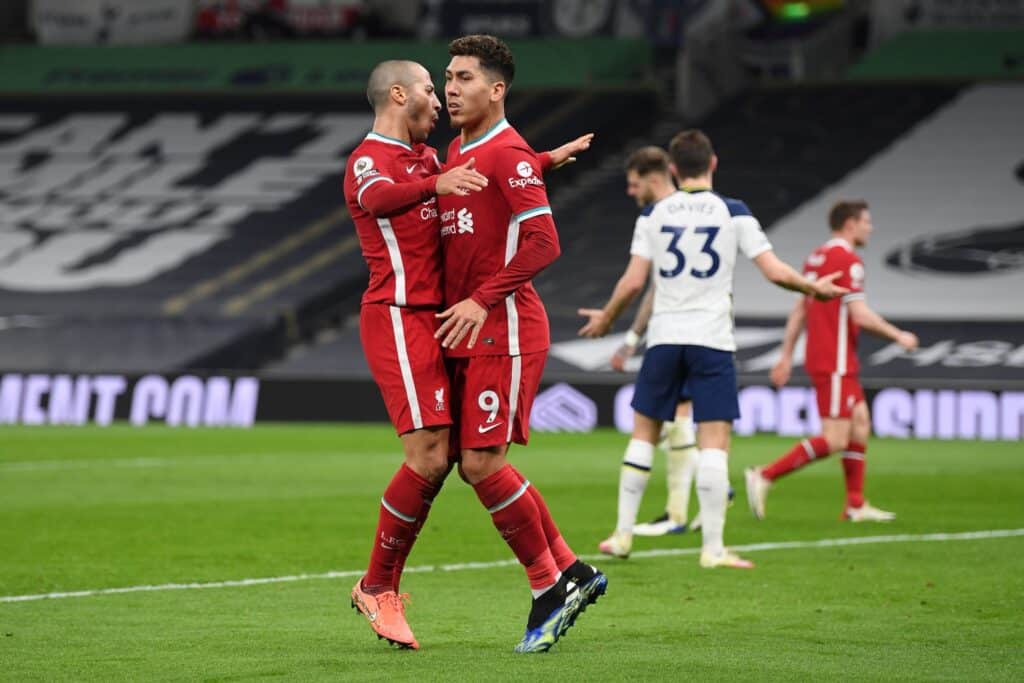 The Reds dominated much of the ball as they remained patient and looked for an opening. But Spurs - and Son in particular - looked threatening every time they went long to bypass Liverpool's press.

Mane should have put Liverpool ahead after an excellent lofted ball through by Salah, but Hugo Lloris got down well to keep the ball out. Replays showed Mane was offside in the build-up, but the link-up play was encouraging nonetheless from the visitors.

Liverpool dictated the rhythm of the game and Mane had another two opportunities to put the Reds ahead but Spurs managed to keep him at bay through a combination of Lloris and Joe Rodon.

The champions finally found the breakthrough in added time as they ended their Premier League goal drought. Mane found space once again and centred for Firmino, who tapped the ball home from close-range to give Liverpool a 1-0 lead at half-time.

Nathaniel Phillips came on to replace Joel Matip at half-time - a cause for concern with the Cameroonian only just returning from injury.

Salah wasted a glorious opportunity at the start of the second half but it didn't matter as Liverpool doubled their lead less than a minute later. Lloris palmed away Mane's low strike into the path of Trent Alexander-Arnold, who applied a clinical finishing touch and smashed the ball home to make it 2-0. 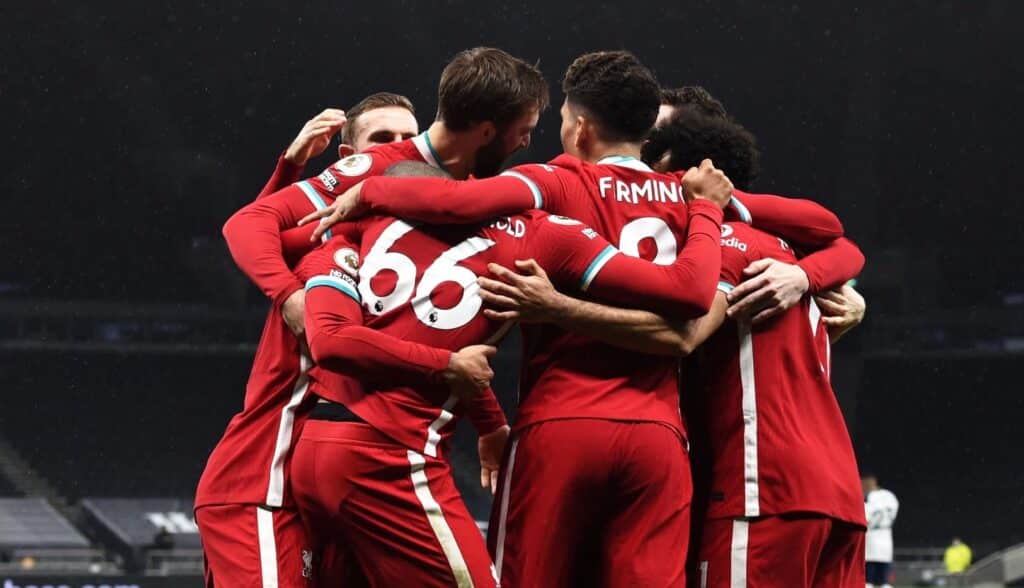 But Pierre-Emile Hojbjerg pulled one back almost immediately as the former Southampton midfielder dispatched a powerful strike goalwards, leaving Alisson with no chance between the sticks.

Salah smashed the ball into the back of the net after a quick counter-attack to seemingly restore Liverpool's two-goal lead but the goal was disallowed after a handball by Firmino in the build-up.

But the Reds made it 3-1 after the hour mark as Firmino found Mane with a cross from the right, with the Senegal international smashing the ball past Lloris and into the back of the net.

Curtis Jones came on to replace Thiago with a little over ten minutes left as the Reds looked for added energy in the middle of the park to get over the line.

The hosts didn't pose much of a threat in the final minutes as the Reds remained in control until the final whistle to secure a vital three points away from home.

The result sees the Reds move to fourth - four points below Man City at the summit - and the hope will be they can now put together a string of wins to move further up the table.