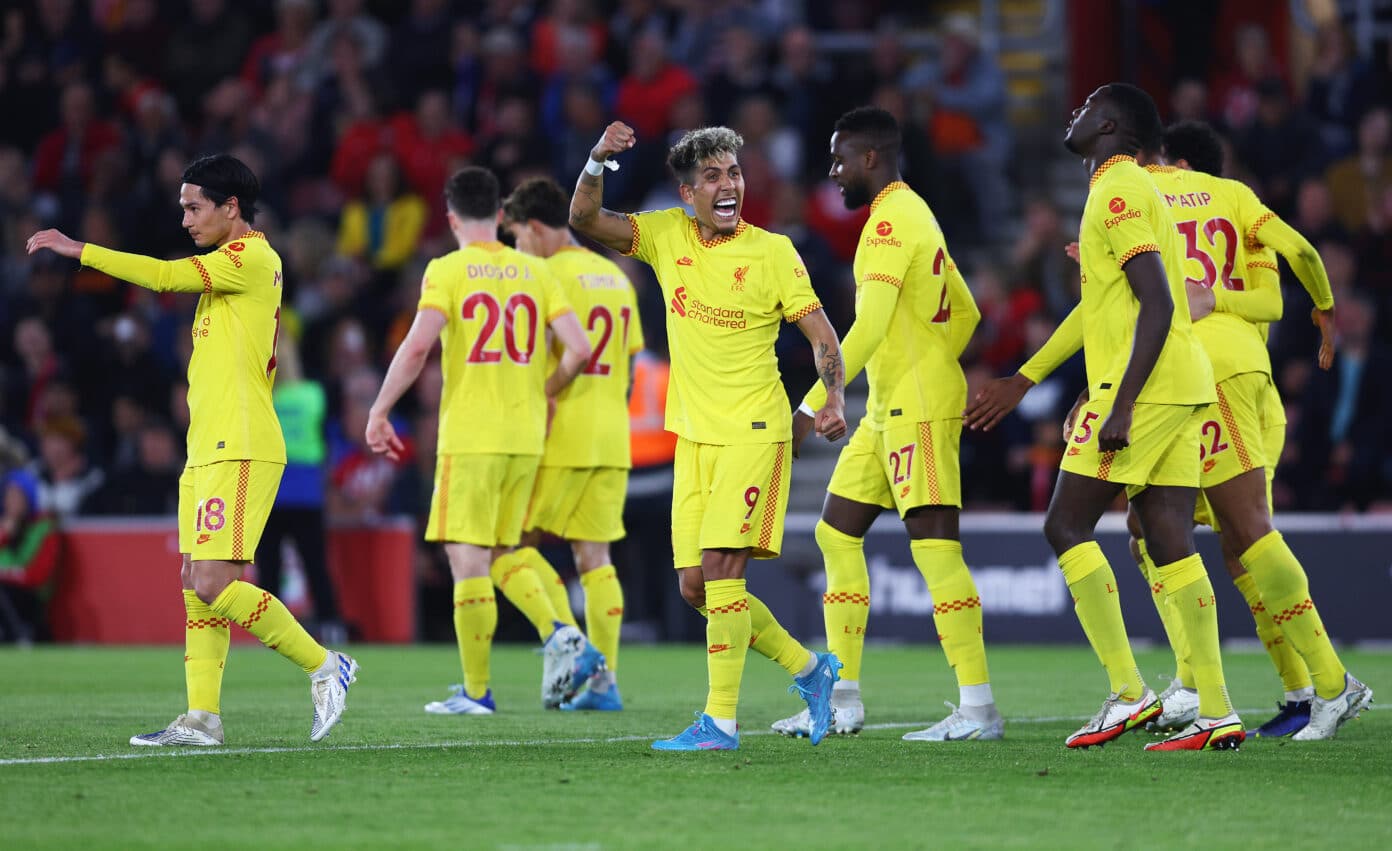 Liverpool came from behind to beat Southampton 2-1 at St Mary's in their penultimate league clash of the season, with the title set to be decided on the final day this weekend.

Jurgen Klopp's side put on a dominant display after Nathan Redmond's deflected early opener for the hosts, with Takumi Minamino restoring parity with an emphatic finish as both sides went into the break on level terms.

Liverpool continued to mount the pressure after the interval and they went ahead midway through the half following a Kostas Tsimikas corner that was turned into the back of the net by Joel Matip.

The Reds saw out the remainder of the encounter without incident as they took the title race to the final lap this weekend, with Liverpool realistically needing a win over Wolves at Anfield whilst hoping Manchester City drop points at home to Aston Villa. 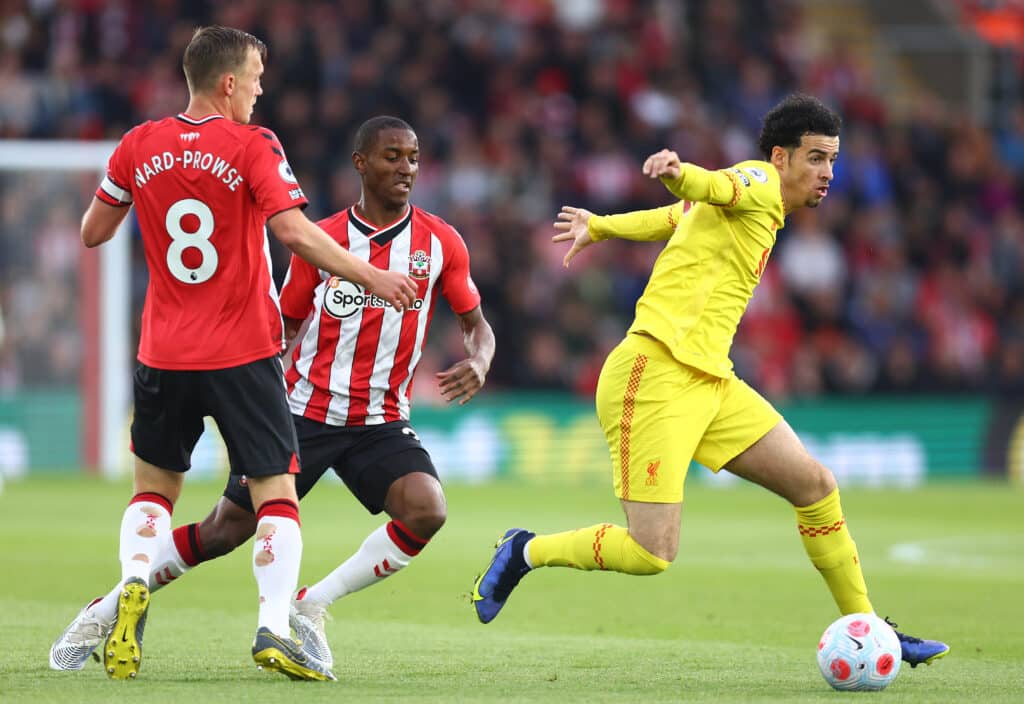 The boss made nine alterations from the weekend's FA Cup final win over Chelsea as the likes of Joe Gomez, Kostas Tsimikas, Curtis Jones, Harvey Elliott and Takumi Minamino all came into the starting eleven. Trent Alexander-Arnold, Virgil van Dijk, Fabinho, Sadio Mane and Mohamed Salah were all absent from the matchday squad.

Liverpool made an assured start despite lacking any real sense of rhythm, with Alisson having to make a crucial intervention to deny Armando Broja's pullback after the Saints forward had gotten in behind the Reds' defence.

The hosts took the lead through Nathan Redmond - much to the dismay of Klopp after a strong challenge on Diogo Jota in the build-up - with the Southampton winger breaking down Liverpool's right and cutting inside before his strike deflected off James Milner and looped past Alisson in goal.

Liverpool continued to probe in response and they found the back of the net from a set-piece through a Roberto Firmino header, but the linesman promptly flagged for offside to cut the celebrations short.

The Reds eventually found the leveller before the half-hour mark as a well-worked move saw Jota feed Minamino inside the box, with the Japan international making no mistake with a powerful finish inside the near post to make it 1-1. 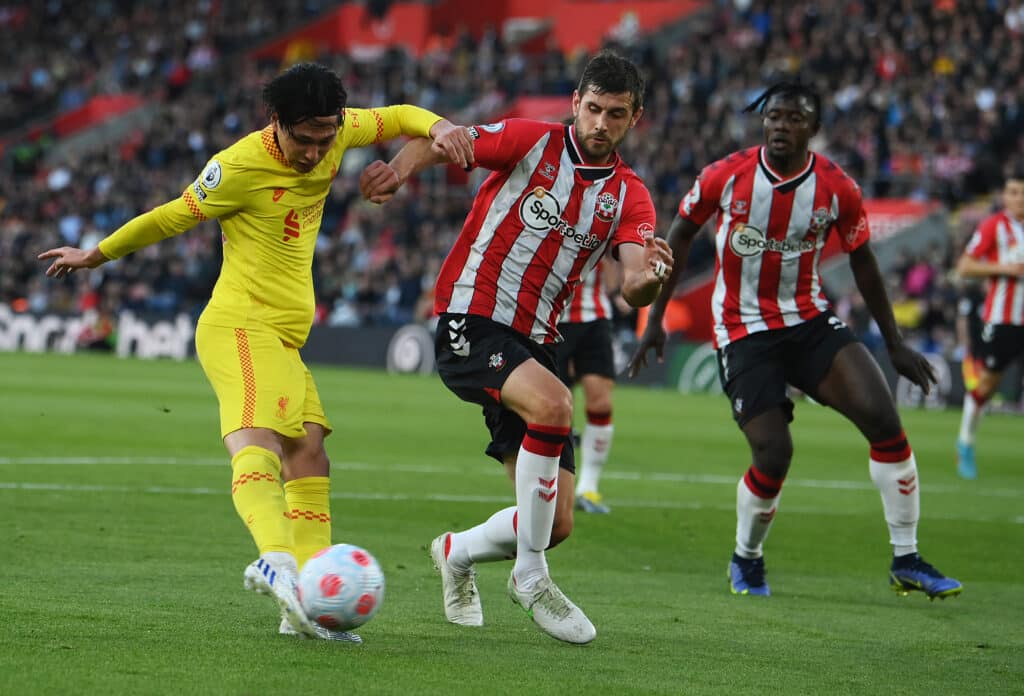 Liverpool dictated play for large spells and had half-chances to take the lead, with Milner and Firmino both having efforts from distance and the latter also getting into a dangerous position following Elliott's low cross into the box, only for his pass to be put behind by James Ward-Prowse.

There were all-round concerns for Gomez just before the break as he seemingly caused himself damage following a challenge on Saints winger Nathan Tella, with the Reds defender failing to come out for the second half and Jordan Henderson coming on in place. Milner moved to right-back as the skipper slotted in alongside Jones and Elliott in the middle of the park.

The Reds should have taken the lead through Jota after Tsimikas' low cross found the waiting Portuguese inside the box, but his left-footed strike evaded the far bottom corner as a huge opportunity went begging for Liverpool.

Jota and Firmino's clever work at the edge of the box saw the latter release Elliott down the inside right, but the youngster was unable to steer his right-footed effort inside the near post as the ball crashed against the side-netting.

Liverpool began to turn the screw as the half wore on, but the hosts remained defiant in defence and largely restricted the Reds to shots from the edge of the area, with Klopp introducing Divock Origi off the bench in place of Elliott with 25 minutes left on the clock. 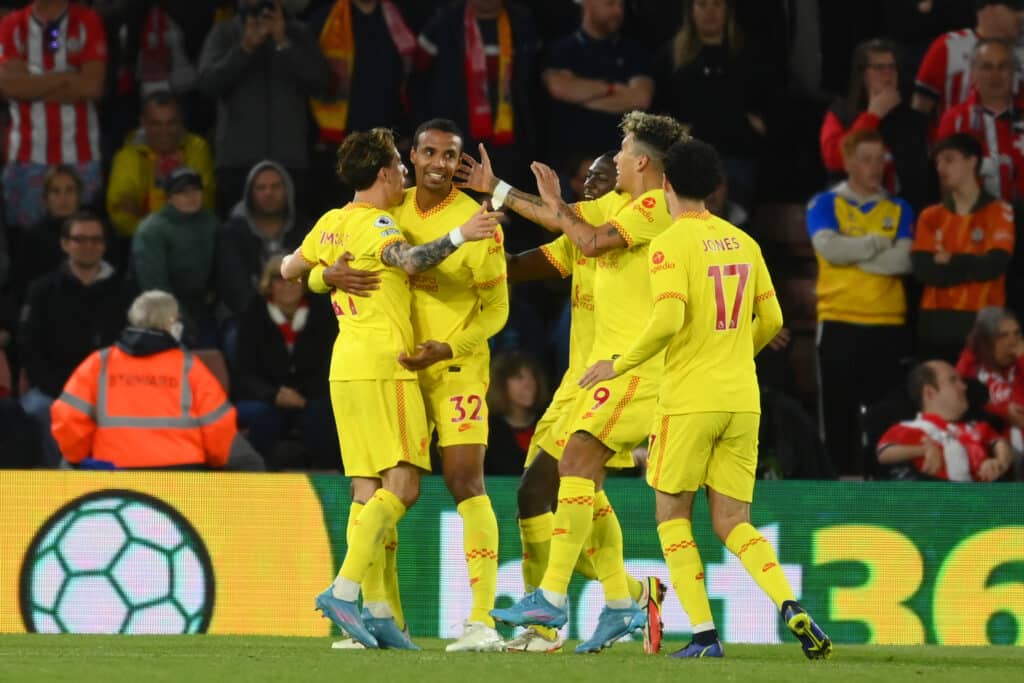 The Reds completed the turnaround just minutes later as Tsimikas' out-swinging corner was met by a combination of Joel Matip and defender Kyle Walker-Peters, with the ball finding its way into the back of the net and putting Liverpool 2-1 up.

Liverpool remained on top following the goal as Saints struggled to get a grip in the game, although a third Reds goal to kill the clash seemed to be a stretch too far owing to poor finishing and bad decision making.

Despite a late flurry of Southampton pressure, Klopp's side saw out the victory to take them to a point below league leaders Manchester City ahead of the final day of the season this weekend.