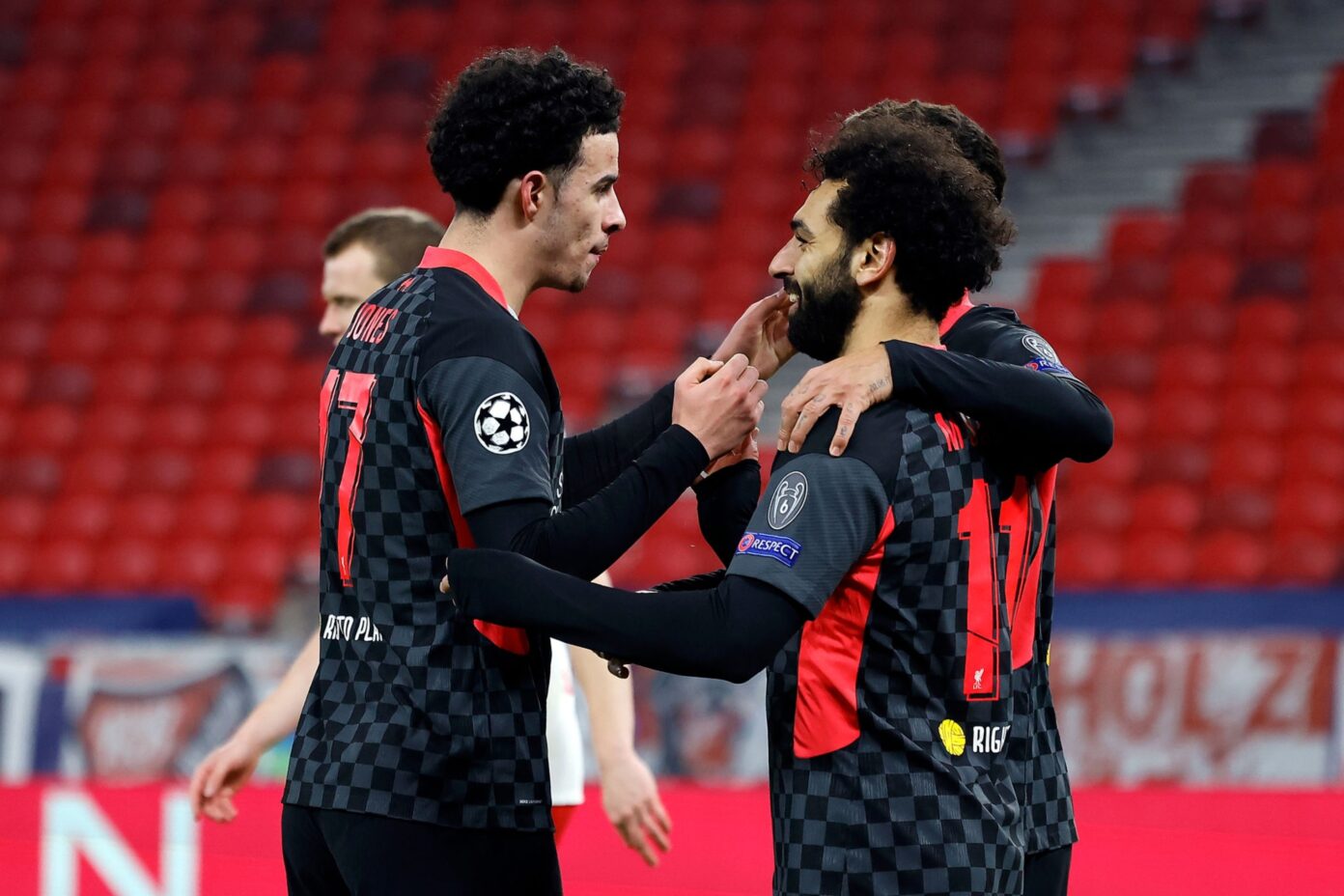 Liverpool beat RB Leipzig 2-0 in the first leg of their Champions League round of 16 tie thanks to goals from Mohamed Salah and Sadio Mane.

Jurgen Klopp's side barely put a foot wrong after the early exchanges as they put in a commanding display away from home, with Leipzig thankful to go in goalless at half time.

But two Leipzig mistakes early in the second half saw Salah and Mane strike for the Reds, who deserved their lead and then did well to see out the result without being troubled.

It means Liverpool have a distinct advantage heading into the second-leg at Anfield next month, with the Reds well poised to progress to the quarter-finals. 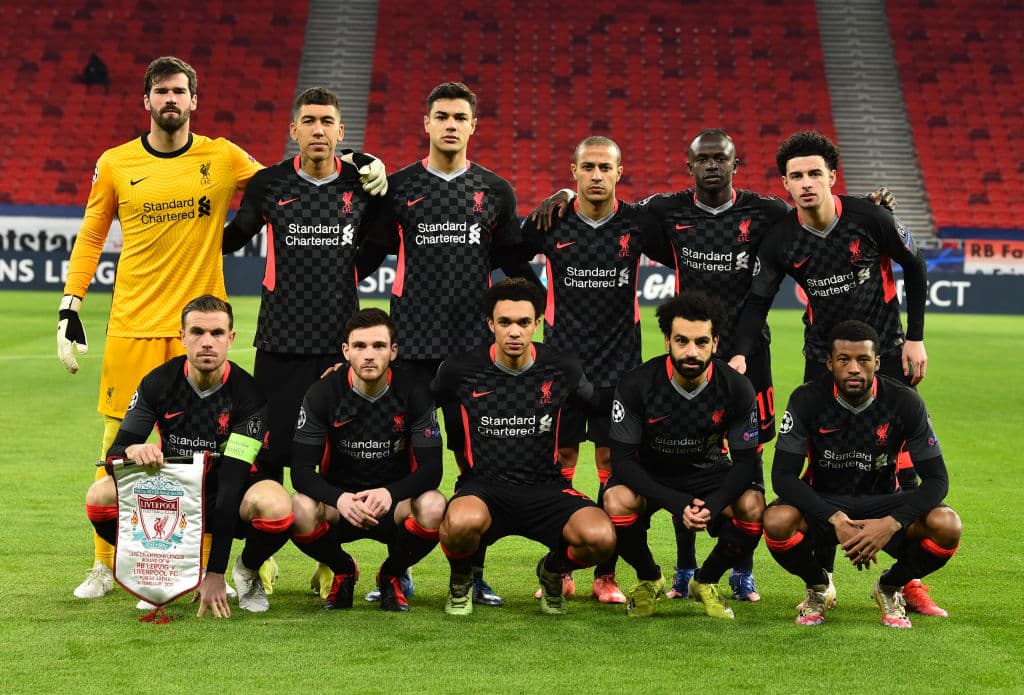 Klopp made a sole change to the side that tasted defeat against Leicester City at the weekend as Thiago replaced the injured James Milner in the starting eleven. Ozan Kabak continued in defence alongside skipper Jordan Henderson.

The hosts had the first opportunity of the night inside the opening five minutes as Angelino found Dani Olmo inside the box, but the Leipzig forward could only hit the base of the post despite beating Alisson.

But Liverpool looked more accomplished of the two sides and they should’ve been ahead on the night. Mohamed Salah got in behind the Leipzig defence from a Henderson’s lofted pass, but goalkeeper Peter Gulacsi was up to the task to deny the Egyptian’s chipped effort.

Roberto Firmino had an effort in the same run of play but could only hit the side netting from a tight angle as the Reds looked to threaten an opener and capitalise on their promising early start.

An excellent flowing move between Salah and Firmino drew applause from Klopp on the sidelines, although Sadio Mane put his header over the crossbar from close range despite initially doing well to connect with Firmino’s cross.

Liverpool continued to carve through Leipzig's midfield as the half wore on but they lacked the final finishing touch, with Firmino seeing a chance go begging after miskicking 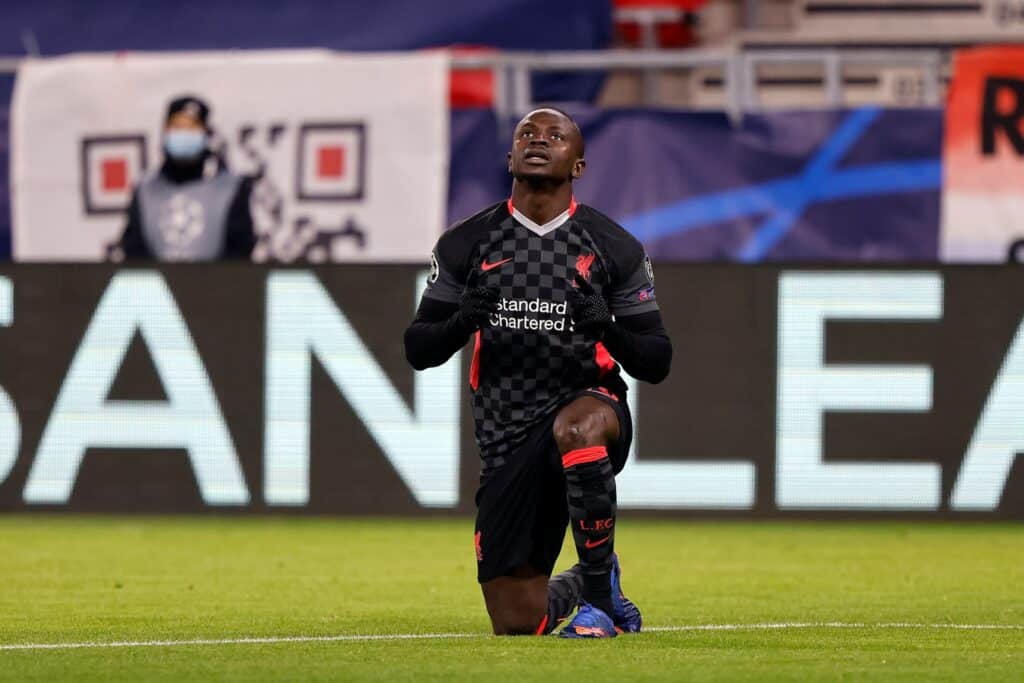 A flying counter-attack by Liverpool saw Andy Robertson play Mane through on goal before Gulacsi came off the line make the clearance. The ball landed at the feet of Robertson who attempted an audacious long-range effort but the ball sailed just over the crossbar.

Firmino then had the ball in the net after Mane managed to prod the ball to him from close-range but the goal was ruled out with the ball adjudged to have run out of play in the build-up.

Despite Leipzig holding on in the first half, they capitulated soon after the break as a misplaced pass saw Salah capitalise, with the Egyptian coolly slotting the ball past Gulacsi to make it 1-0.

Mane then pounced on a slip by Nordi Mukiele before running through on goal and cleverly finishing inside the near post to double the Reds' advantage on the night and give them a huge upper-hand in the tie. Liverpool were barely troubled in response to their goals as they did well to limit the hosts' time on the ball and vigilantly close down passing lanes through midfield.

Alex Oxlade-Chamberlain and Xherdan Shaqiri came on to replace Thiago and Firmino in the latter stages but the move seemed to disturb the equilibrium as Leipzig started to see more of the ball, with Kabak doing well on more than one occasion to intercept for the Reds.

Liverpool saw the game out well as they showed their strength and secured a 2-0 advantage before the second leg at Anfield in three weeks' time.

The Reds have three Premier League games before the return leg, with Everton at Anfield this weekend to be followed by a trip to Sheffield United and Fulham's visit of Anfield.