Following this weekend’s demolition at Old Trafford, the Reds are back in action as they take on Championship side Preston in the fourth round of the Carabao Cup.

The Reds navigated the third round thanks to goals from Takumi Minamino and Divock Origi in a 3-0 win at Norwich just over four weeks ago.

It’s likely to be a similarly heavily-rotated side with the aforementioned duo involved alongside others on the squad’s periphery and a handful of talented youngsters from the academy.

The hosts defeated Cheltenham in the previous round but any confidence of causing an upset against the Reds is low at the Deepdale, with Frankie McAvoy's side sitting 19th in the Championship table, with just one win in their last five.

There’s no doubt Liverpool’s eyes are elsewhere - the Premier League and Champions League - but a deep run in the competition would provide much-needed ongoing minutes for several players and the hope is the Reds can make it into the quarter-final draw set for this weekend. 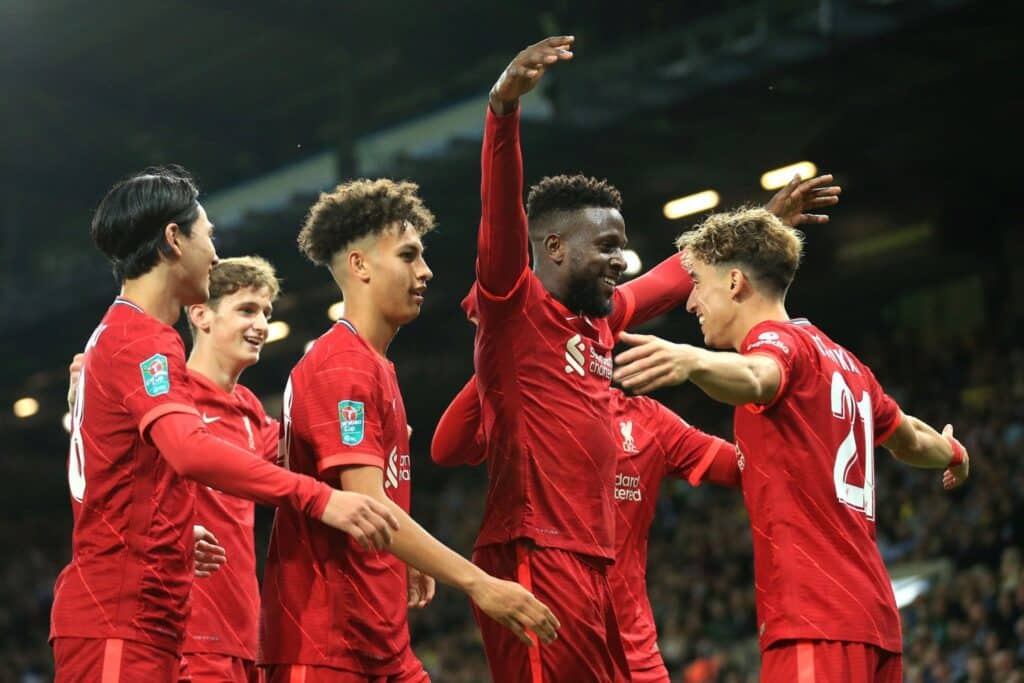 Liverpool will be without James Milner, who suffered a hamstring injury at the weekend and is expected to be out until the November international break, whilst Naby Keita, Fabinho and Thiago are also sidelined.

Caoimhin Kelleher is unlikely to feature owing to a knock, meaning goalkeeper Adrian is likely to deputise for the youngster, whilst Kaide Gordon is also a doubt after returning to training just this week.

The likes of Joe Gomez, Kostas Tsimikas, Alex Oxlade-Chamberlain, Takumi Minamino and Divock Origi should all start, whilst Jurgen Klopp could also hand minutes to the likes of Tyler Morton and Mateusz Musialowski.

Preston vs Liverpool is available to stream in the United Kingdom on Sky Sports, which is available on Sky channel 401 and Virgin Media channel 501.