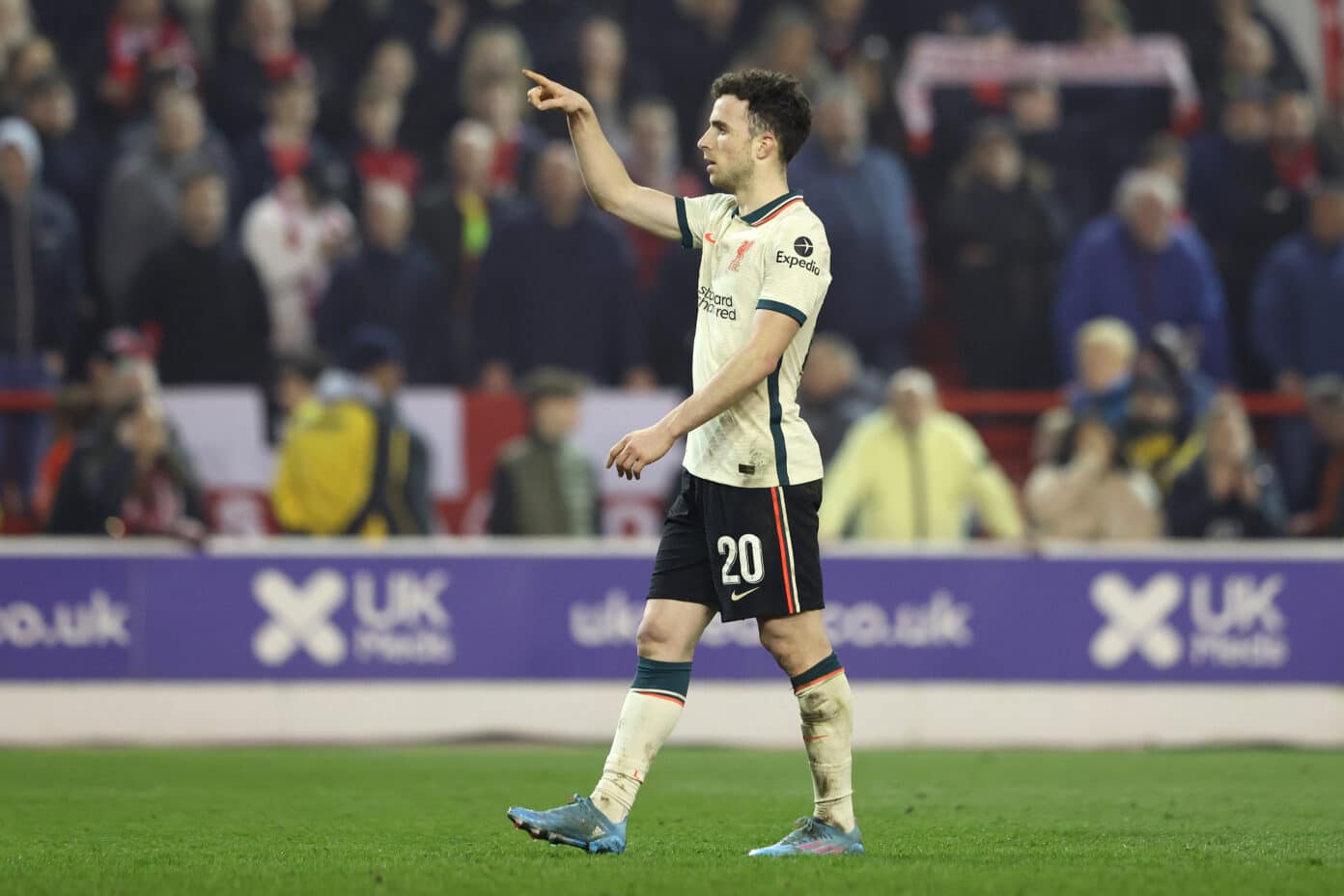 Nottingham Forest vs Liverpool highlights: Watch the highlights as the Reds beat Forest 1-0 on Sunday evening to progress to the FA Cup semi-finals.

The Reds' best opportunity of the first half came through Roberto Firmino, who looked set to punish a loose pass as he homed in on goal with Jota in support of him, but the forward's chipped finish was kept out by goalkeeper Ethan Horvath.

Liverpool dominated the ball and pushed deep into the hosts' half, but they were unable to pick apart any gaps in a well-drilled defence as Forest dug in and kept the score goalless at half-time.

The Reds were made to work in the second half with the hosts having chances of their own, most notably through Philip Zinckernagel, who put his effort wide of the far post after being found unmarked inside the box.

But Jurgen Klopp's side took the lead just minutes later through Diogo Jota, who got on the end of Kostas Tsimikas' inswinging cross to poke the ball home and make it 1-0 to the Reds.

There were nervy moments in the final ten minutes as Forest pushed up high and created their fair share of opportunities, but Liverpool dealt with the threat as they saw the game out and booked their place in the FA Cup semi-finals against Manchester City at Wembley next month.