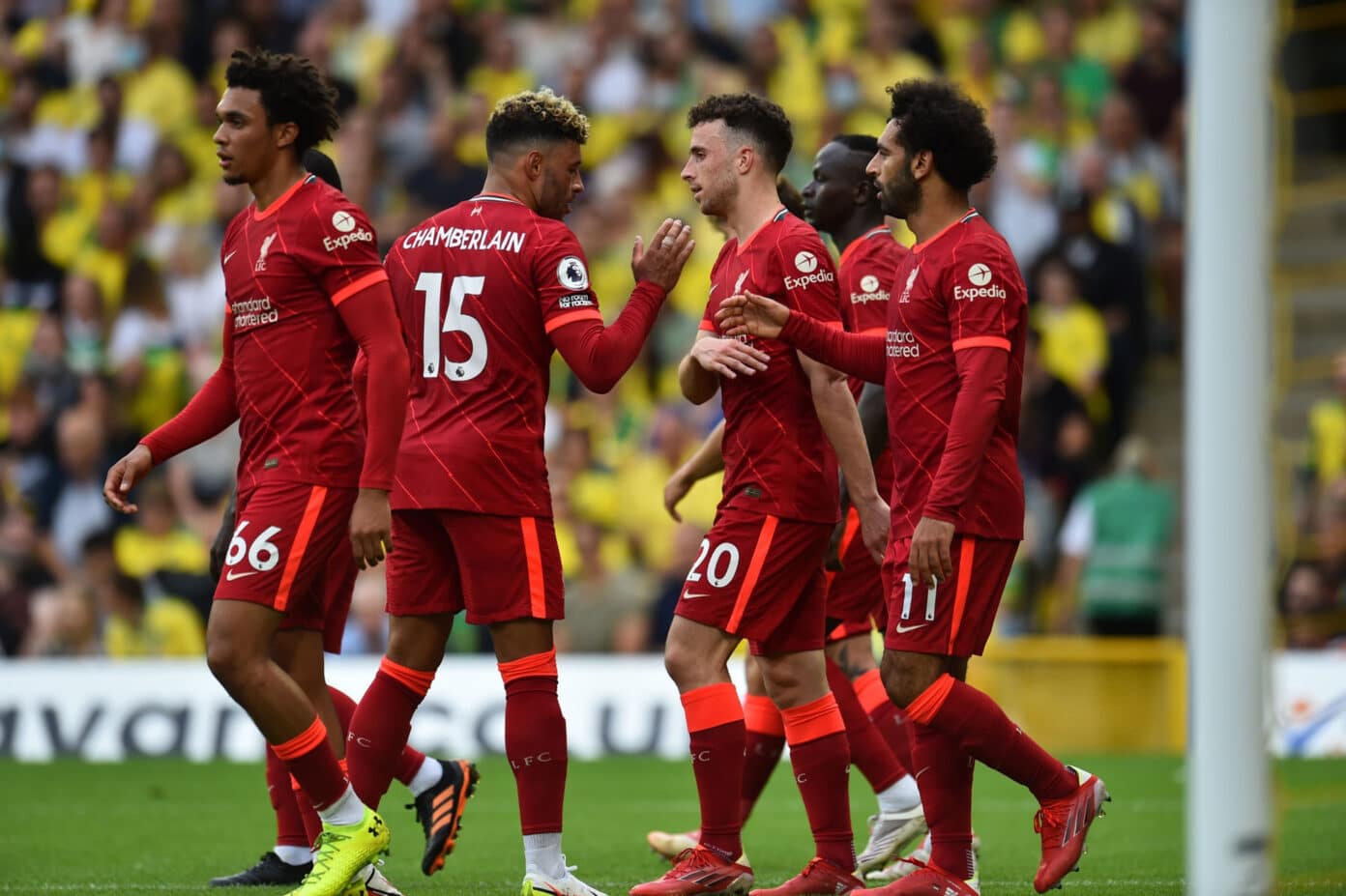 Norwich vs Liverpool highlights - Watch all the goals and highlights as the Reds earned a 3-0 victory in their first Premier League clash of the season.

Virgil van Dijk made his return from injury to partner Joel Matip in midfield, whilst there were also starts for Kostas Tsimikas, Alex Oxlade-Chamberlain, Naby Keita and Diogo Jota.

The Reds looked to quieten the home crowd with a fast start that saw them press high up the pitch and get into some threatening positions, notably through Tsimikas down Liverpool's left.

Despite seeing far less of the ball, the hosts looked tricky in attack whenever they got a chance, with frontman Teemu Pukki linking up efficiently with Todd Cantwell and Milot Rashica.

But Liverpool broke the deadline with a little over 25 minutes played as Mohamed Salah failed to control Trent Alexander-Arnold's ball into the box, only for Jota to be alive to the loose ball and calmly roll the ball into the back of the net.

Norwich had more of the ball going into the latter stages of the first half, but the Reds looked well-drilled defensively as they comfortably entered the break deservedly ahead.

Jurgen Klopp's side stepped it up at the start of the second half and it was inevitable another goal would come their way, which substitute Roberto Firmino expertly provided following a clever ball by Salah to set him up to finish at close-range.

With Fabinho's introduction in midfield stemming any signs of a Norwich comeback, the Reds continued to mount pressure and they all but sealed the game through an excellent strike from Salah, who more than deserved his goal for a sharp opening day performance.

The ball fell at the Egyptian's feet at the edge of the box following a corner, with Salah creating space for a shot and dispatching a curling effort past Krul into the top corner - in the process setting a Premier League record to be the first player to score five consecutive opening day goals.

Alisson kept Liverpool's clean sheet in tact towards the latter stages as Norwich built up some steam. However, the Reds ultimately ran out comfortable 3-0 winners to put up their first three points of the season.