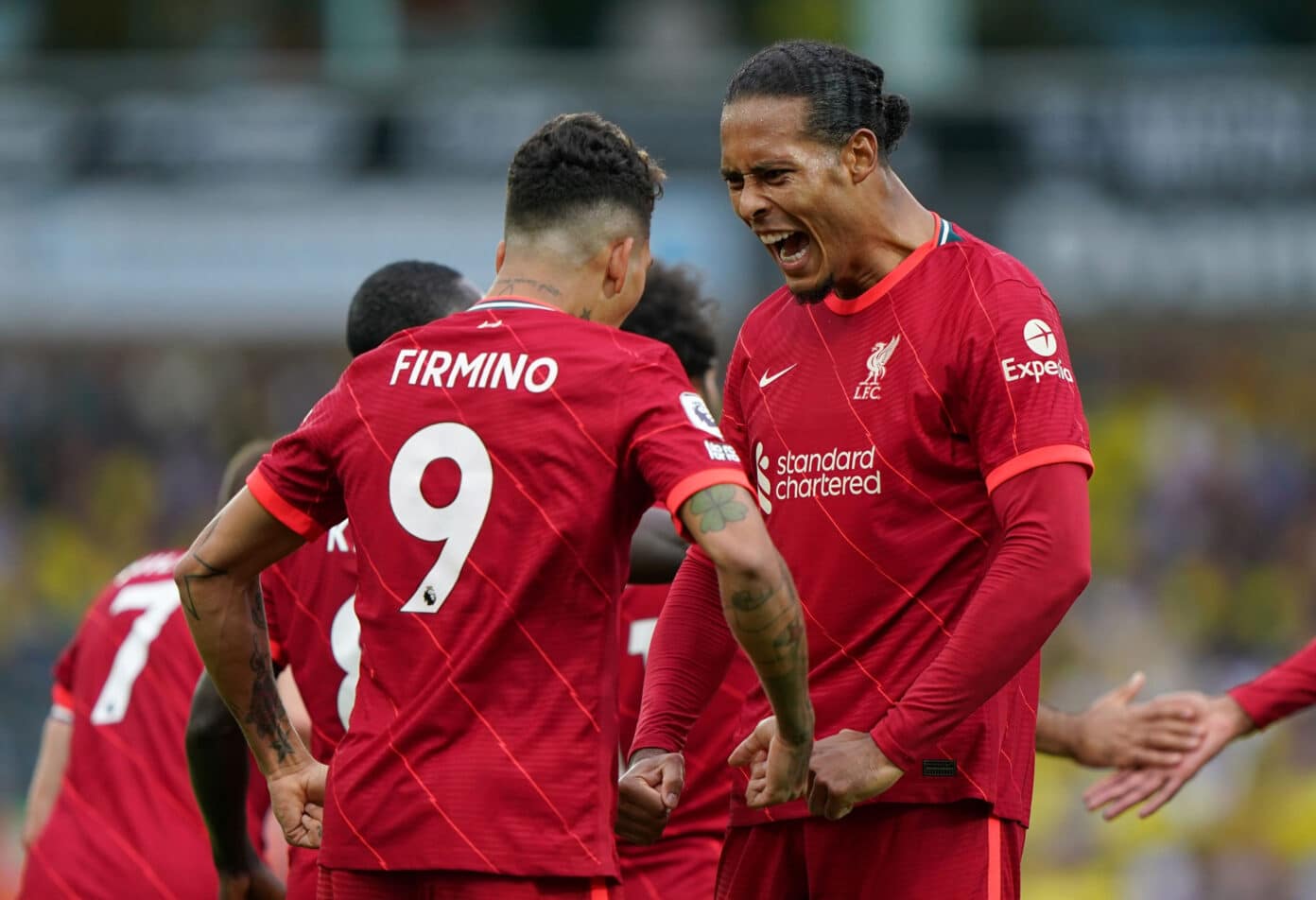 The Reds went deservedly ahead at the break after an effective opening 45 minutes, with Jota netting the opening goal midway through the first half to put Liverpool 1-0 up.

Jurgen Klopp's side impressed in the second half and doubled their advantage through substitute Firmino's close-range strike before Salah netted with an impressive finish from the outside of the box to seal a 3-0 win.

It was a comprehensive win for the Reds, who will now be looking to build on their performance with a win against Burnley in their first Anfield game of the season next Saturday. 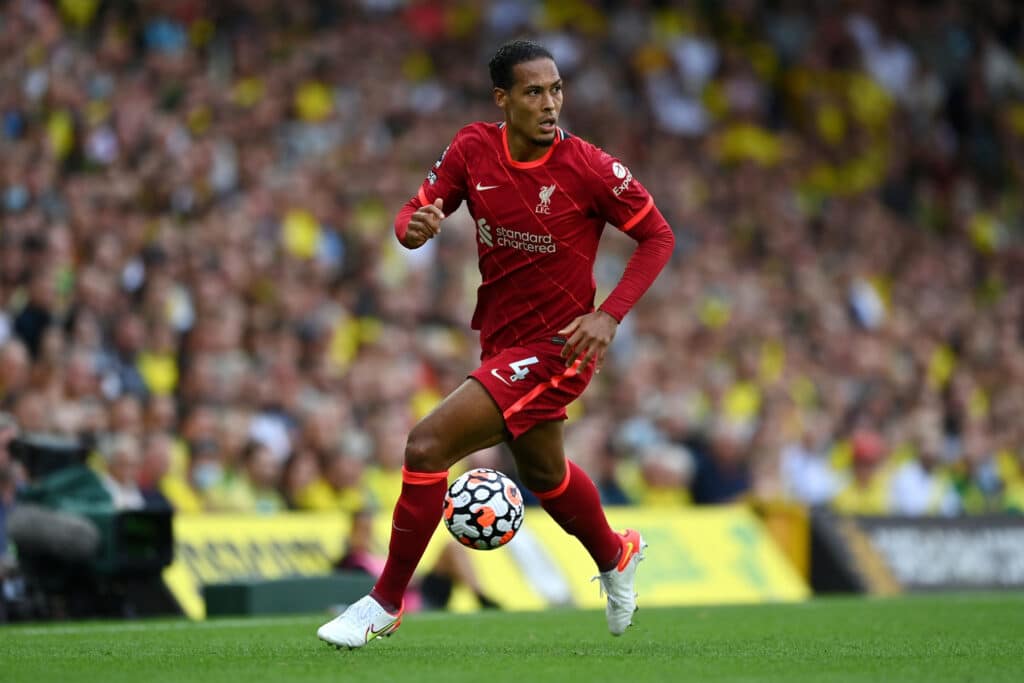 Virgil van Dijk returned to competitive action after missing over 300 days owing to injury, with the Dutchman starting in defence alongside Joel Matip. Kostas Tsimikas made his Premier League debut in the absence of Andy Robertson.

Alex Oxlade-Chamberlain and Naby Keita were rewarded for their encouraging performances in pre-season with the duo both starting in midfield alongside James Milner, whilst Jota got the nod ahead of Firmino in attack.

Liverpool looked threatening going forward, with Tsimikas enjoying plenty of room down the left. The full-back nearly found Jota through the middle with an incisive cross before another chance landed to Jota seconds later, but the Portuguese's effort was palmed behind by goalkeeper Tim Krul.

The Reds looked to push up high and win the ball back quickly through Keita and Oxlade-Chamberlain's press, but Daniel Farke's side did relatively well to keep them at bay and play their way out of trouble despite a few uncomfortable moments.

An excellent ball by Matip found Trent Alexander-Arnold down the Reds' right, with the right-back pulling the ball back for Mohamed Salah in space. The Egyptian's quick feet saw him shift the ball onto his right foot, but the shot went straight into Krul's arms. 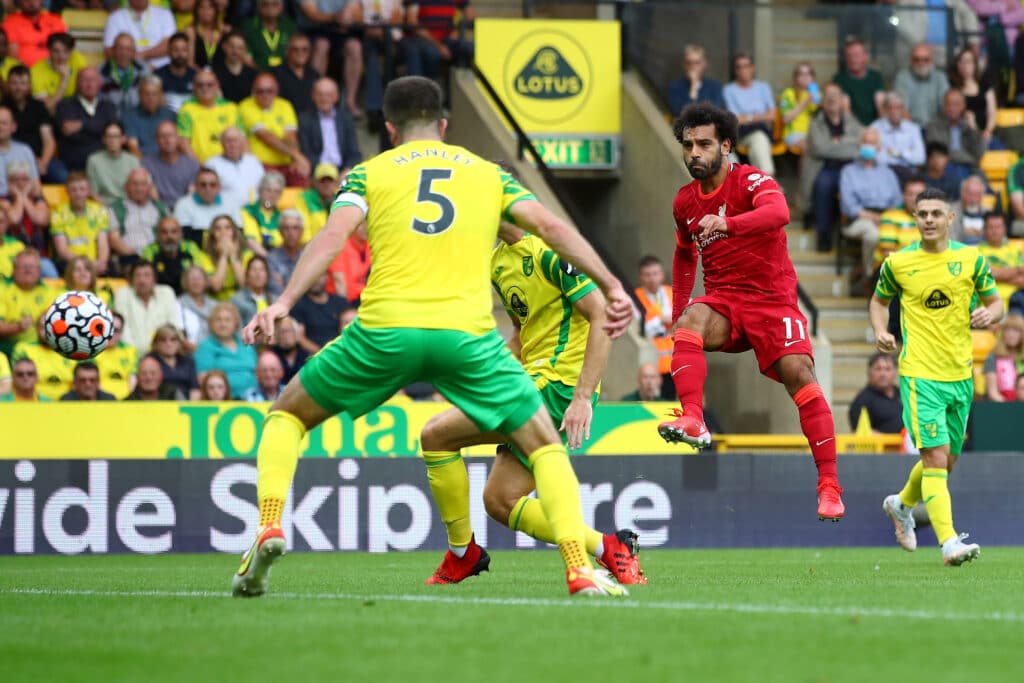 The hosts were encouraged when Todd Cantwell played Teemu Pukki in behind a blindsided Van Dijk, but Alisson was on hand to save Pukki's powerful effort aimed just inside the near post.

Salah nearly pulled off an audacious volley following good work from Mane down the left, only for the ball to go wide of the far post, but it didn't take too long after for Liverpool to go ahead.

Alexander-Arnold's ball into the box was mis-controlled by Salah before Jota capitalised on the loose ball and confidently slotted the ball into the back of the net from close range to make it 1-0.

Matip had an excellent chance to double Liverpool's lead after the ball fell to him inside the box after Salah's shot from a corner, but the Cameroonian's effort was blocked on the line to spare Norwich's blushes. 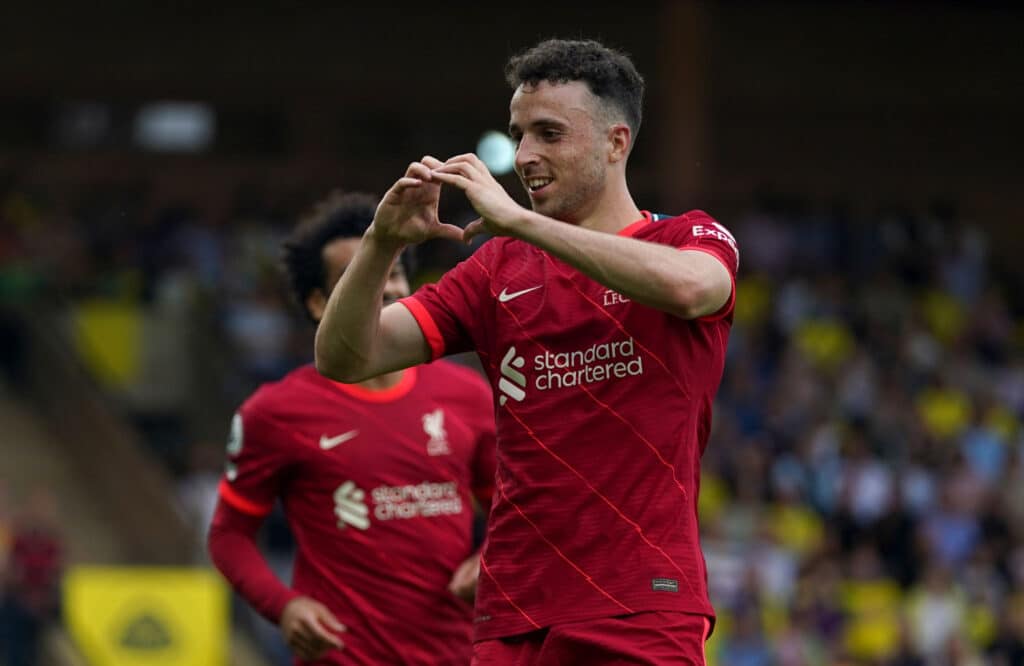 The Canaries began to saw more of the ball towards the latter stages of the first half, but Liverpool looked well drilled and made it difficult for the hosts to play their way through the middle.

Liverpool stepped it up at the start of the second half as they looked to impose their game on the hosts from the off and find the crucial second goal of the game.

Alexander-Arnold had a sighter at goal from a free-kick but his effort was always shaping wide of the post despite getting the ball up and over the wall.

The game opened up as the two sides settled into the rhythm of the second half, with Norwich being encouraged by a couple of lapses of judgement within the Liverpool midfield.

With 30 minutes left on the clock, Brazilian duo Fabinho and Roberto Firmino came on to replace Oxlade-Chamberlain and goal scorer Jota as Klopp looked for fresh impetus.

A well-worked move saw Salah, Firmino and Mane link up well before the ball made its way to Tsimikas, who saw his fizzed effort at goal saved comfortably by Krul. But the Reds' pressure was compelling and they soon found their second of the game. 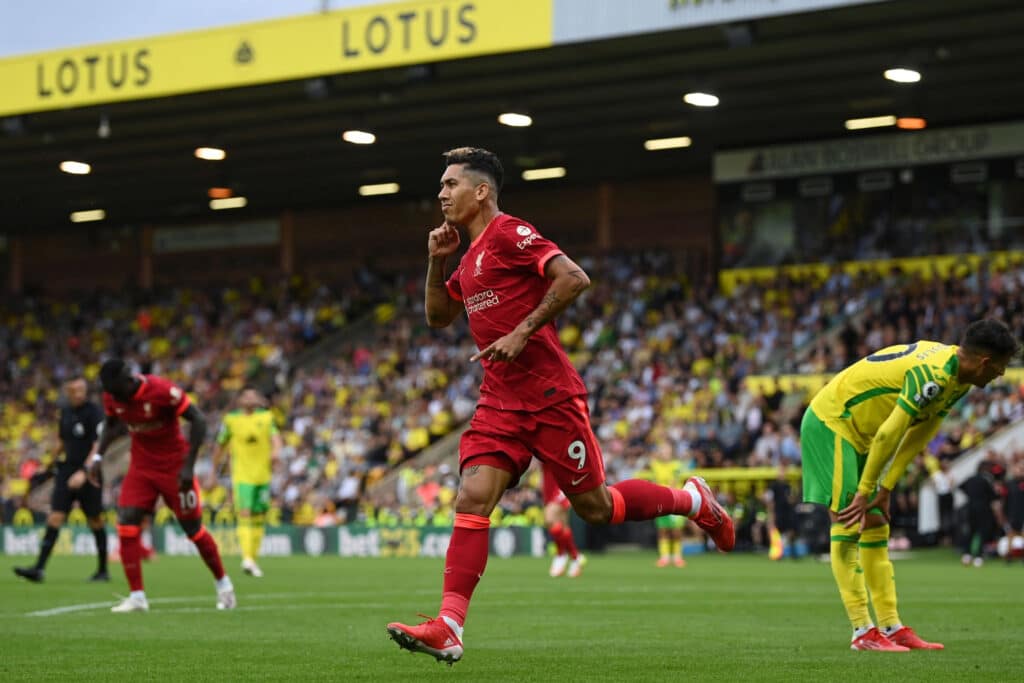 Mane's strike from outside the box was blocked and fell at the feet of Salah, who found an unmarked Firmino in the centre, with the substitute making no mistake with his close-range effort to make it 2-0 to the Reds.

It didn't take much longer for the Reds to seal the game with a third goal, as the ever-present Salah became the first Premier League player to score five successive opening day goals.

The ball fell to the Reds' No.11 at the edge of the box following a clearance from a corner, with Salah coolly taking a touch and curling the ball into the back of the net with an excellent strike.

Harvey Elliott was introduced for his first taste of Premier League minutes after a successful loan spell at Blackburn Rovers last season, with the youngster showing glimpses of promise on the right side of midfield.

The hosts nearly grabbed a consolation goal in the final stages through Ben Godfrey, but he was denied by an excellent save by Alisson to ensure he kept his first clean sheet of the season and ensure the Reds secure a 3-0 win.