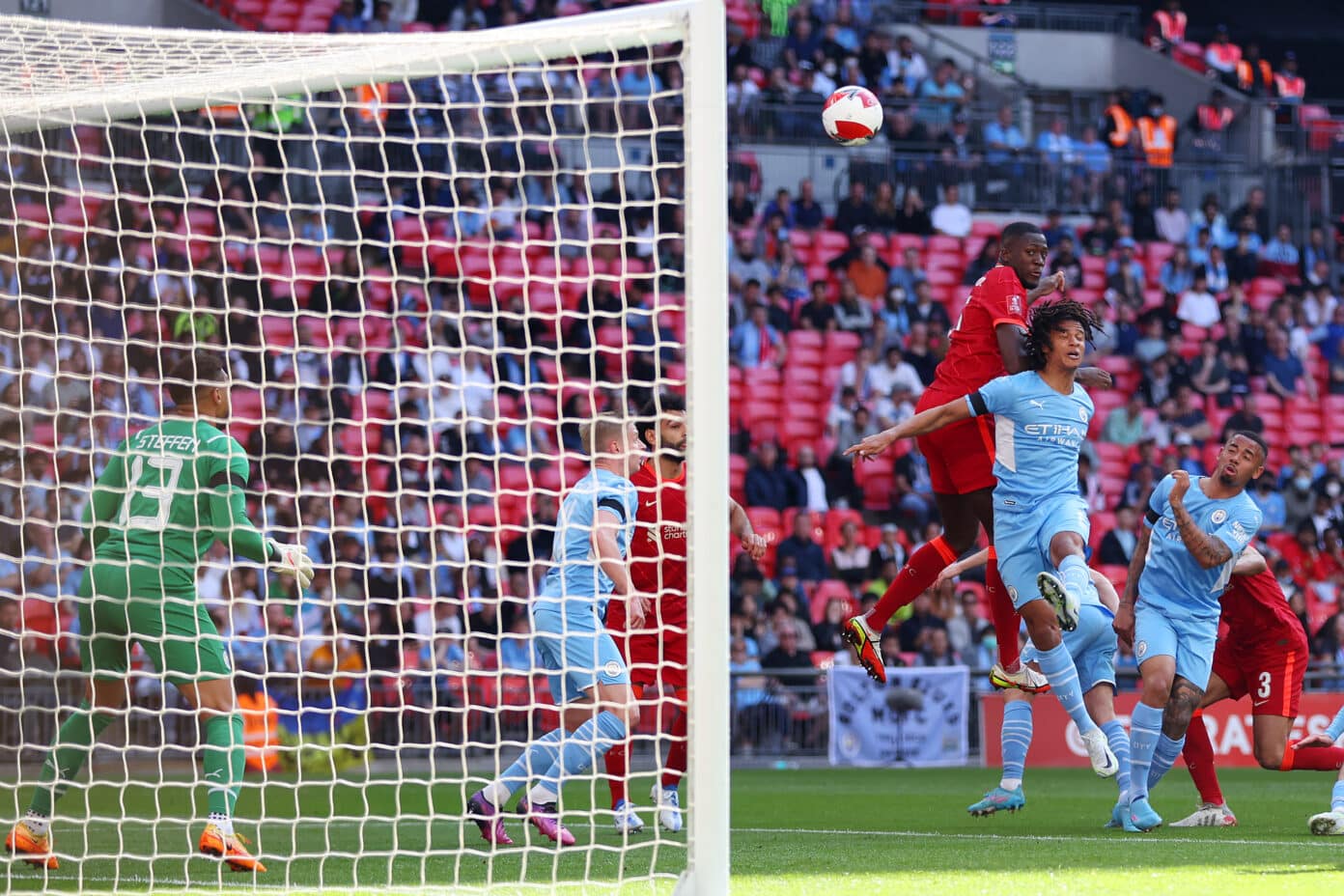 Man City vs Liverpool highlights: Watch all the goals and highlights as the Reds beat Manchester City 3-2 in the FA Cup semi-finals at Wembley on Saturday.

Liverpool went ahead inside the opening ten minutes as Ibrahima Konate met Andy Roberton's corner with a powerful header past Zack Steffen to score his third header in as many games and give the Reds a crucial lead.

The Reds were gifted a second soon after as Steffen received John Stones' back-pass and took too long on the ball before Sadio Mane slid in and doubled Liverpool's lead to put them in pole position with less than 20 minutes played.

Man City were unable to get a grip on the game at any stage in the first half and the Reds' continued dominance was rewarded just before the break as Mane netted his second of the game with an excellent first-time volley to give Liverpool a 3-0 lead at the break.

Liverpool's advantage was cut 70 seconds into the second half as the ball made its way to Jack Grealish inside the box, with the City forward finding the back of the net past Alisson to restore City's hopes of finding a way back into the game.

But despite City's early goal threatening to dent the Reds' confidence, they kept their composure and remained relatively comfortable for much of the second half, with Pep Guardiola's side unable to build up any momentum.

Bernardo Silva scored from close range in injury time but it ultimately ended 3-2 to the Reds as they saw out the closing minutes to book their place in the FA Cup final, with one of Chelsea or Crystal Palace set to face them at Wembley next month.