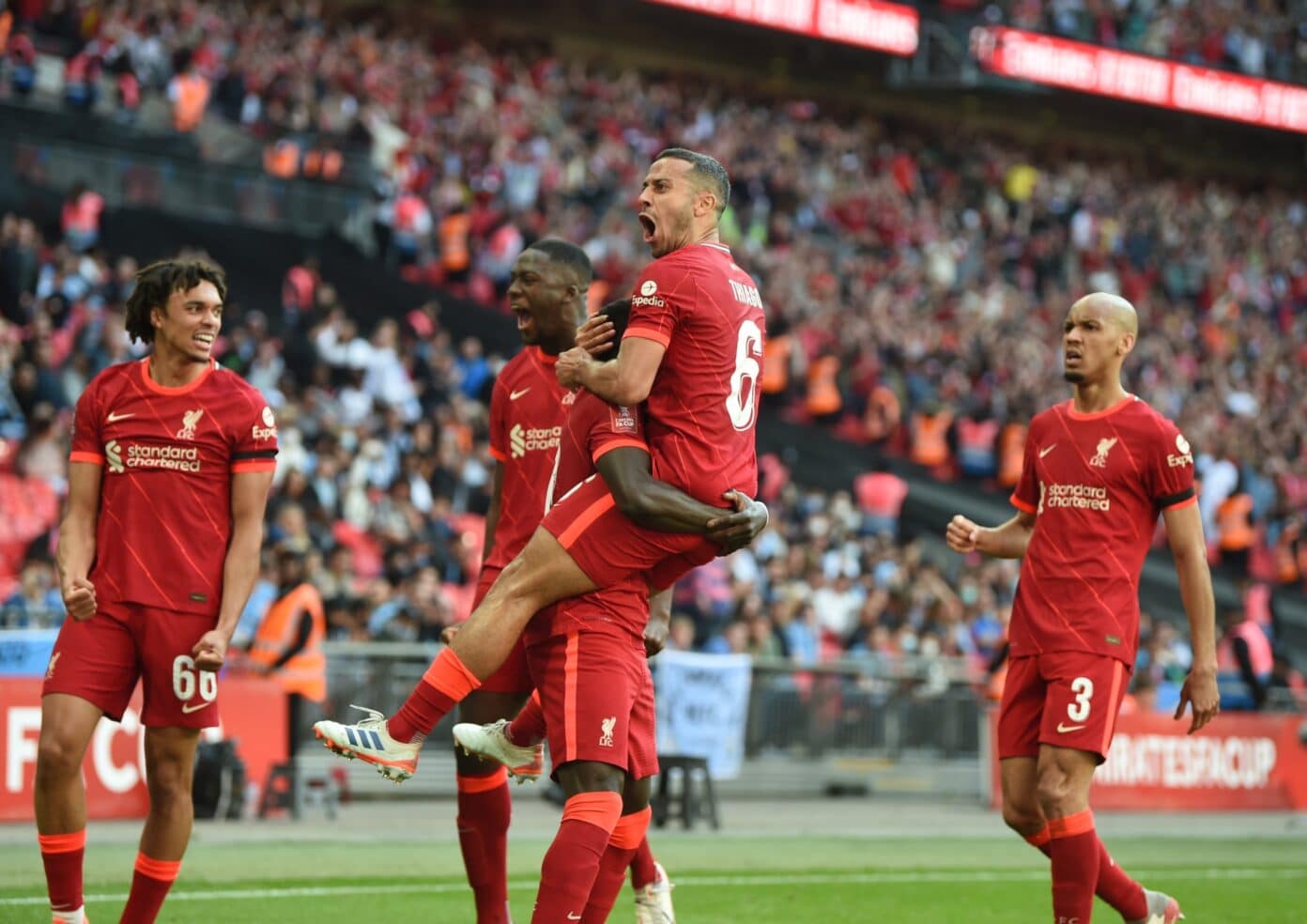 An impeccable first-half Liverpool performance saw them beat Manchester City 3-2 at Wembley to set up an FA Cup final against one of Chelsea or Crystal Palace.

Liverpool dominated the first half against a lacklustre Man City side as goals from Ibrahima Konate and Sadio Mane handed them a two-goal advantage with less than 20 minutes played before Mane added a second to put the Reds 3-0 up at the interval.

City reduced Liverpool's lead within seconds of the restart through Jack Grealish, but they were unable to make any further headway as the Reds remained comfortable for much of the second half.

Bernardo Silva netted from close range to set up a nervy final few minutes but it ultimately finished 3-2 in the Reds' favour, who will return to Wembley next month in search of their second piece of silverware this season. All attention now returns back to the Premier League, with Manchester United set to visit Anfield on Tuesday night. 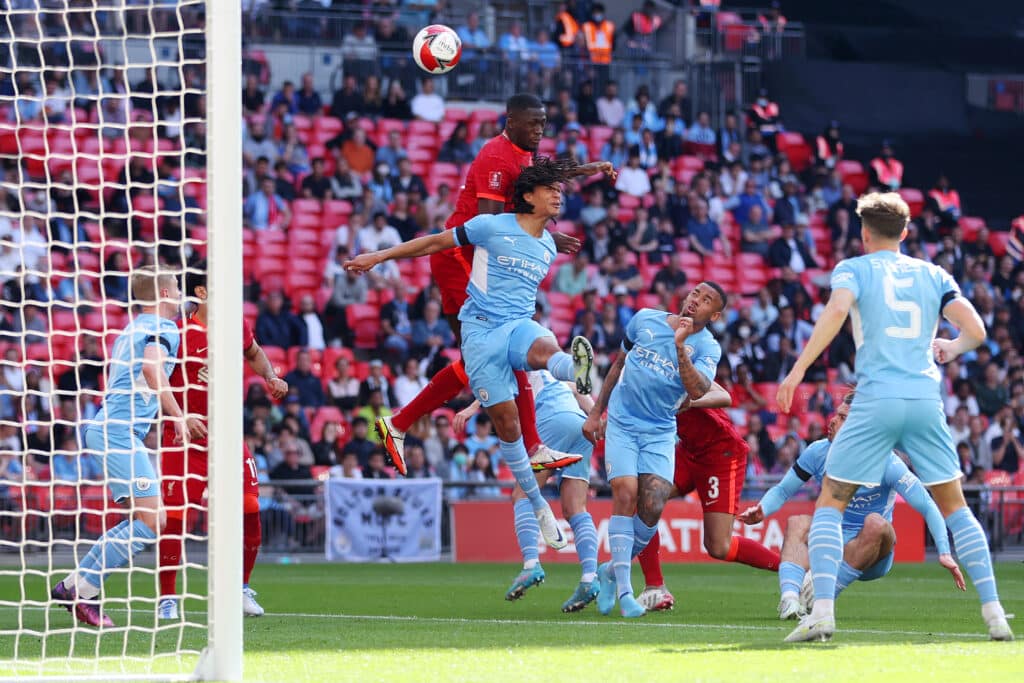 Jurgen Klopp made seven changes to the side from midweek as only Alisson, Ibrahima Konate, Naby Keita and Luis Diaz kept their place in the starting eleven, with the likes of Virgil van Dijk, Fabinho, Thiago, Sadio Mane and Mohamed Salah all returning from the off.

The Reds made a bright start as they pressed up high and looked to work the ball well, but City had the first strike at goal through Jack Grealish, who found space inside the box before his effort was blocked by van Dijk.

Liverpool found the breakthrough inside the opening ten minutes as Konate netted his third in as many games as he met Andy Robertson's out-swinging corner and powered the ball home to give the Reds the lead.

A mistake by Man City goalkeeper Zack Steffen, deputising for Ederson, saw him dwell on the ball following a backpass, which allowed Sadio Mane the chance to slide in and turn the ball home to gift Liverpool a two-goal advantage with less than 20 minutes played.

The Reds looked comfortable on the ball and they had Pep Guardiola's side rattled for much of the half, with City unable to gain a foothold in midfield against the energetic trio of Fabinho, Thiago and Naby Keita. 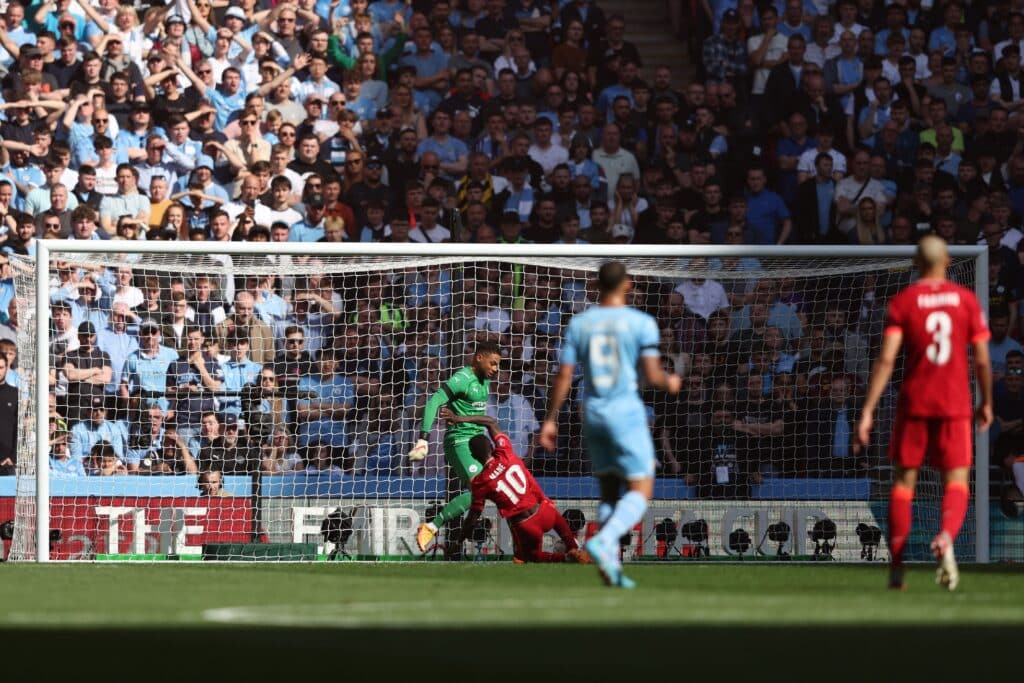 Thiago and Keita were particularly impressive in the press and looked likeliest to pick another opening in City's defence alongside livewire Diaz, who was a constant thorn for Guardiola's side down the left.

A well-worked move just before the half-time break saw Thiago combine together with Trent Alexander-Arnold in midfield before finding Mane, who cut across the ball with a first-time volley which sneaked in at the near post to put the Reds 3-0 up at halftime.

City pulled one back almost immediately after the restart as Gabriel Jesus beat the offside trap and held off Fabinho before rolling the ball across for Grealish, who made no mistake with his finish to make it 3-1.

Van Dijk nearly turned the ball home from a deep set-piece, only for City to make a crucial intervention as he was winding up his strike before the Dutchman was involved at the other end of the pitch to shepherd Jesus away from goal and force him into a shot from a tight angle, which was kept out by Alisson.

Fernandinho was lucky to get away with one as he lunged into a strong challenge on Mane which was only subject to a yellow card from referee Michael Oliver, with Mane thankfully riding the tackle without any lasting damage. 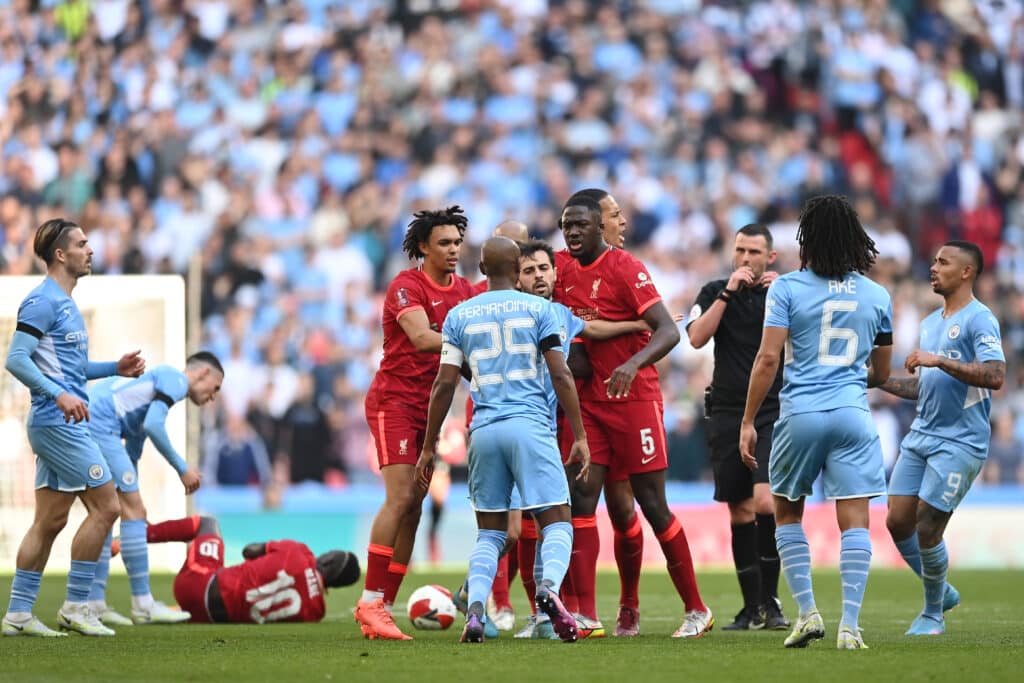 It turned into a largely scrappy affair at times as both sides looked to gain the ascendency, although the Reds undoubtedly carried the greater threat with the likes of Diaz, Mane and Salah getting into some threatening positions.

Alisson made a huge save to deny Jesus against the run of play as Grealish's through ball was run onto by the City forward, who looked towards the bottom far corner, only for his countryman to make a decisive save with his left foot.

Salah should have netted the Reds' fourth after the ball fell to him following Oleksandr Zinchenko's misjudged backpass, but the Egyptian's chip over Steffen brushed the side netting rather than veering into the goal.

Keita then made way for Jordan Henderson for the final 15 minutes as Klopp looked for his side to stem any inclinations of a City comeback with fresh legs in the middle of the park.

Riyad Mahrez came on for City in the latter stages before Mane and Diaz were withdrawn for the Reds, with Diogo Jota and Roberto Firmino coming on for the final six minutes to see out the game.

Mahrez beat Robertson on the outside in added time before his shot hit Alisson and popped up to Bernardo Silva, who finished with ease to make it 3-2 and set up a nervy ending for Klopp's side.

But Liverpool saw out the final minutes despite clinging on at times as it finished 3-2 to the Reds, who book their place in their second domestic cup competition final this season.